Food is a big part of my life and while I travel I make sure to let it keep that big role and pamper my tongue with foreign tastes and new delicacies. But after having tried so many new dishes, I was eager to get behind how to recreate them when I’m away. For that purpose I have created a Recipe Corner to treat myself to some foodie treasure I found along my travels. And now I can add amateur sushi master to it! I learned all about making perfect sushi in the sushi capital of the world, Tokyo. 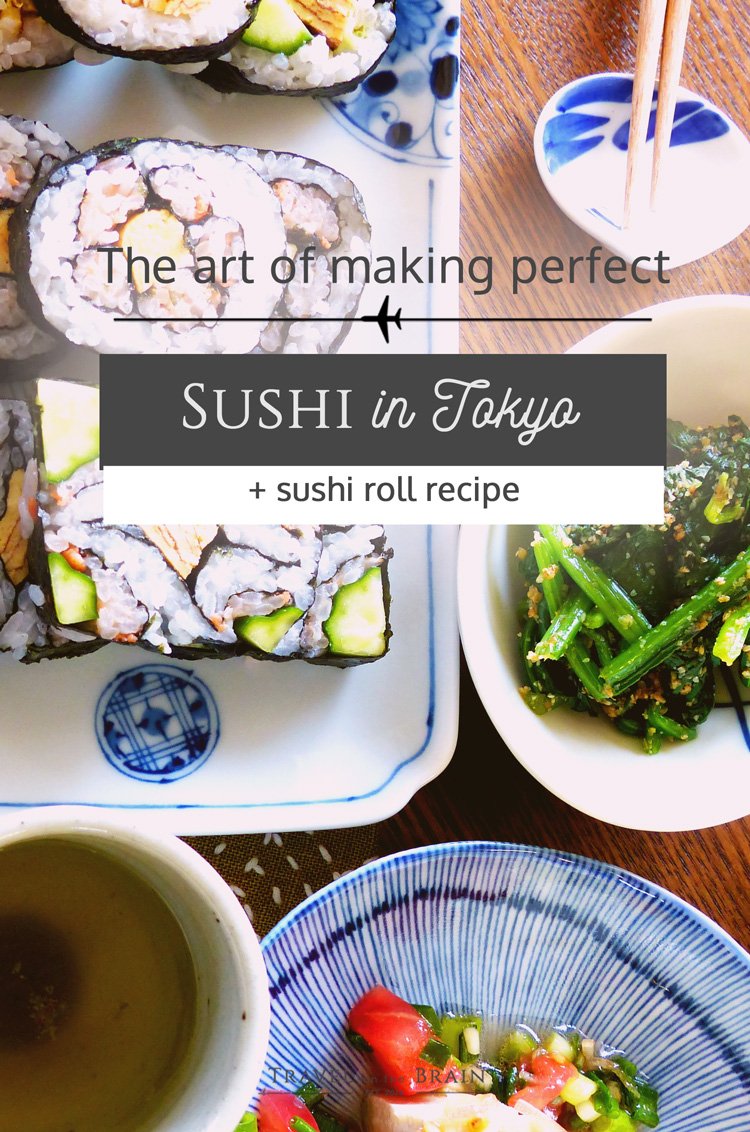 Tokyo is the Place for Making Perfect Sushi

The other day I attended the Tokyo Kitchen Cooking Class, which offers a range of traditional meal classes and is lead by the charming Yoshimi. She is truly a master when it comes to whipping up a treat and makes it look so flawless and effortless.

It really wasn’t but it turns out I am not half bad when it comes to rolling sushi and stuffing all that sticky rice in there. I even got picture proof if you are doubtful!!

But not only did I make half decent sushi rolls, which were already heavenly, we also got introduced to popular and easy to make side dishes and were handed little postcards with recipes on them to reproduce when we feel like it (and find the proper Japanese ingredients). First, we made super simple Japanese stock soup, also known as dashi. It is basically like a fish soup. 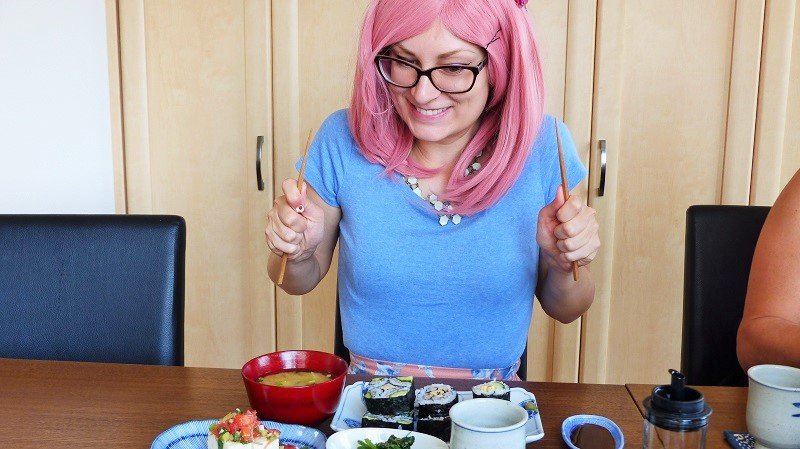 Not Just Sushi, but a Full Menu

Then, we made chilled tofu with condiments and since we are super multitaskers also prepared some spinach dessert with sesame sauce on the side. Very simple but such an impact on your tastebuds!

Last but not least, the classical staple, miso soup. If you remember, I had tried miso ice cream in Nagano and since then was rather wary of getting more miso into my system but this soup healed old wounds.

So all in all, this was a very productive morning and who knows, I might not only become a sushi chef but also a sushi afficionado? Let’s practice some more! Final note: Not to get your or my hopes up to high, apparently becoming a proper sushi chef takes 10 years! 10 years of training!! Maybe I won’t pursue that career, after all.

Tell me: Would you also love to learn making perfect sushi in Tokyo?

I would like to thank Tokyo Kitchen again for having me. As always, my opinion is my own. 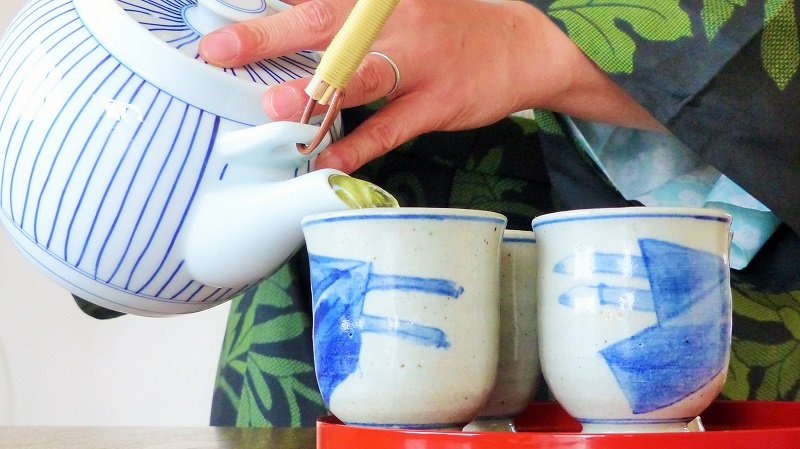 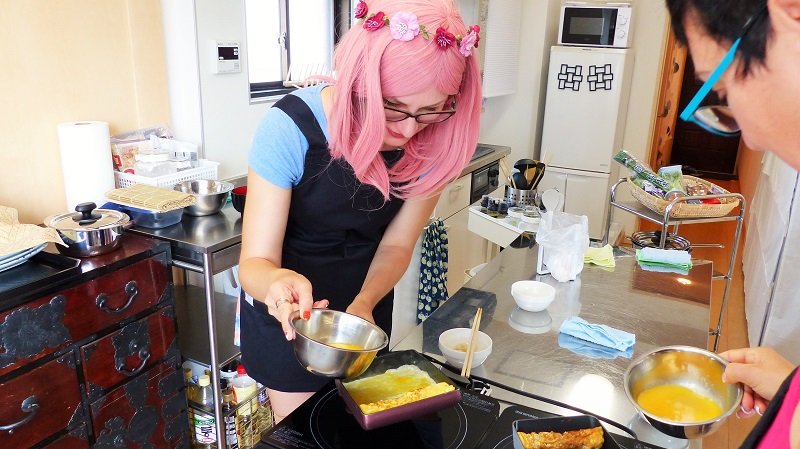 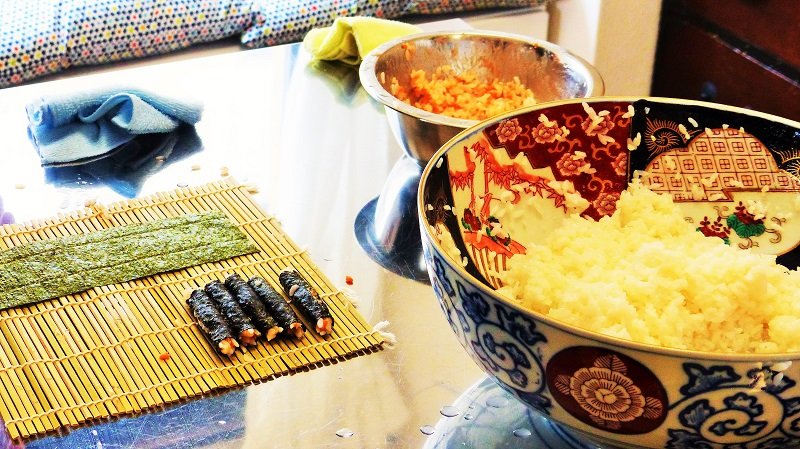 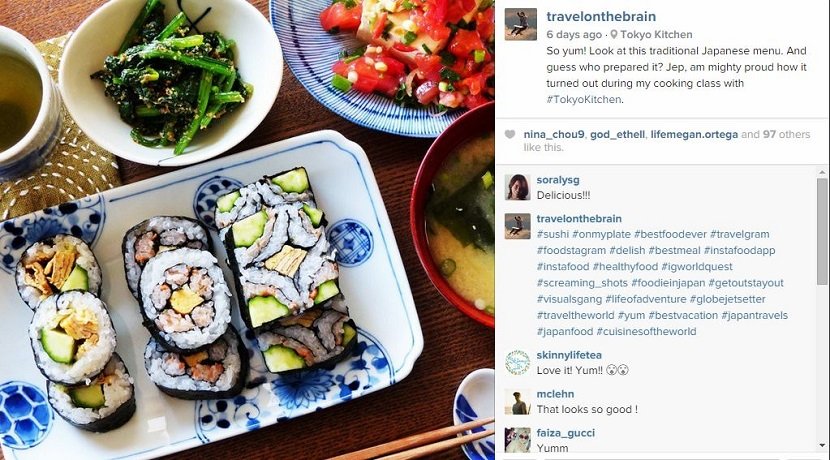