I never knew I would ever do this in my life. Another thing to tick off my imaginary bucketlist, right after I add it to ceremoniously strike it through. Carrying a god isn’t something you do every day. Especially a god that is not of your religion. 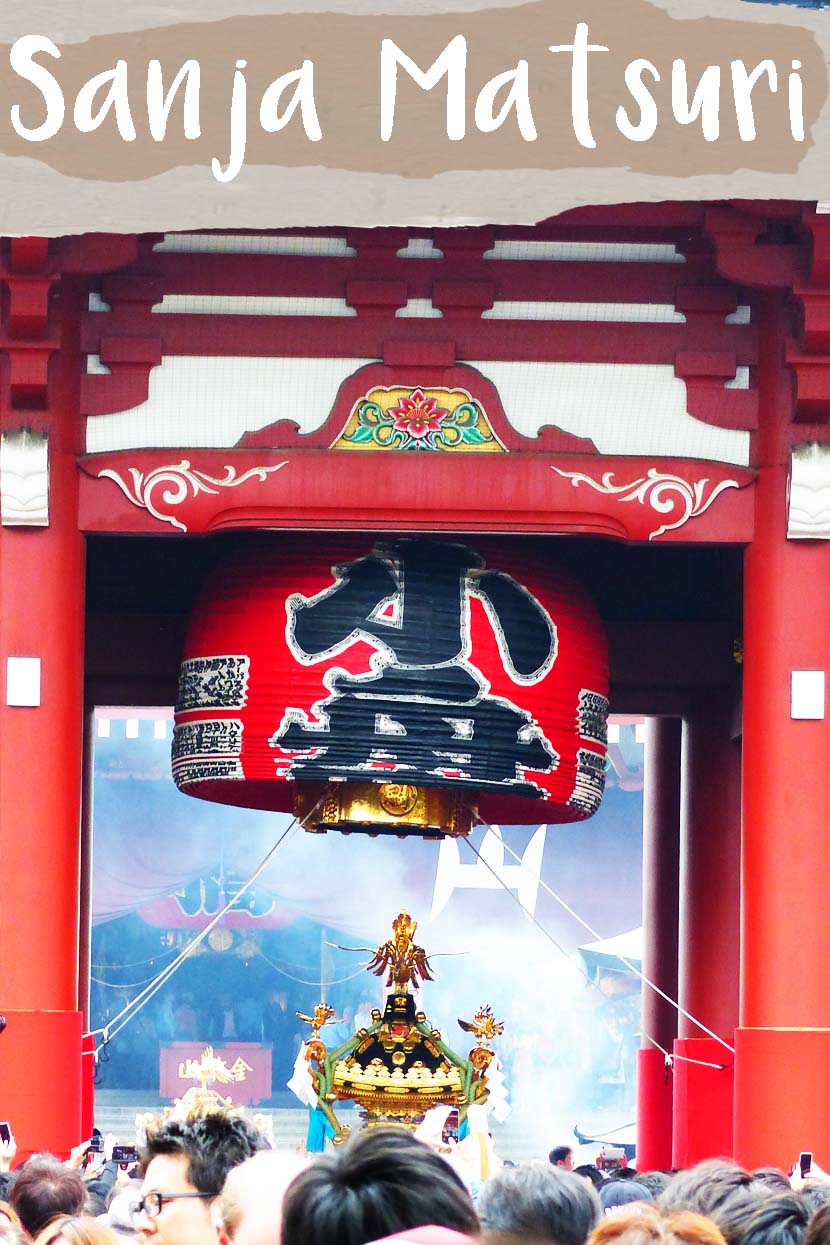 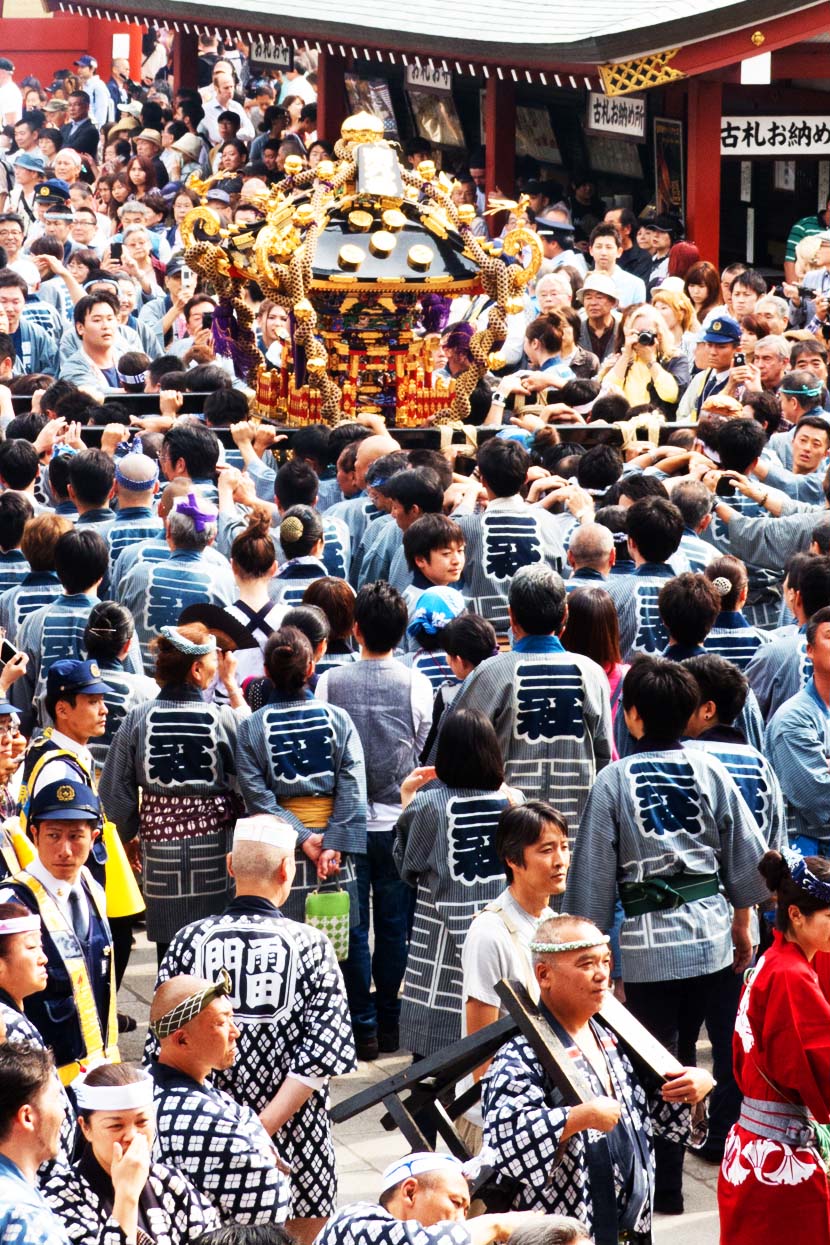 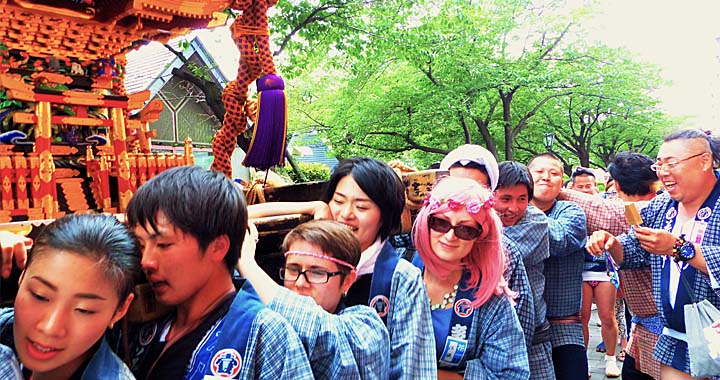 It all started with me trying to get my poor self that was breaking under the sheer weight of her stupidity measured in backpacks and dangling extra bags to my latest hostel. IIt wasn’t as easy to find as the directions made it out to be and opposite a love hotel was definitely not where I would have looked.

And so I asked the next best stranger. She came towards me on a bike and had the most lovely smile and it turns out my people skills were right about her. Before I knew it she asked a local flyer guy and then some more business men and in the end our group of four hunted down my hostel successfully. I thankfully retreated but not before receiving an invite from my new friend to attend a major celebration in which she took part. My answer was clear.

So two days later I stood searching in a sea of blue and white coats of the festival’s participants searching for her face (it’s a bit tricky when you’ve only briefly met and your observation skills suffered under the weight of 30kg (don’t judge!). I did find her, though and together we beelined as best possible through the crowds towards the Asakusa Shrine. A traditional dance was performed by the resident mikos and I wanted to see it.

Turns out, she had never seen it either and yet again I showed a local local secrets. I love being a travel blogger! It’s a win-win situation. And now not being alone and on one of the biggest temple festivals Tokyo has, the X, I could finally tick off another item on my Japan list: catching goldfish! I have seen this in so many anime (yes, my sole source of Japan information in my teens) that I always wanted to do it. It looked both tricky and fun. And it was! 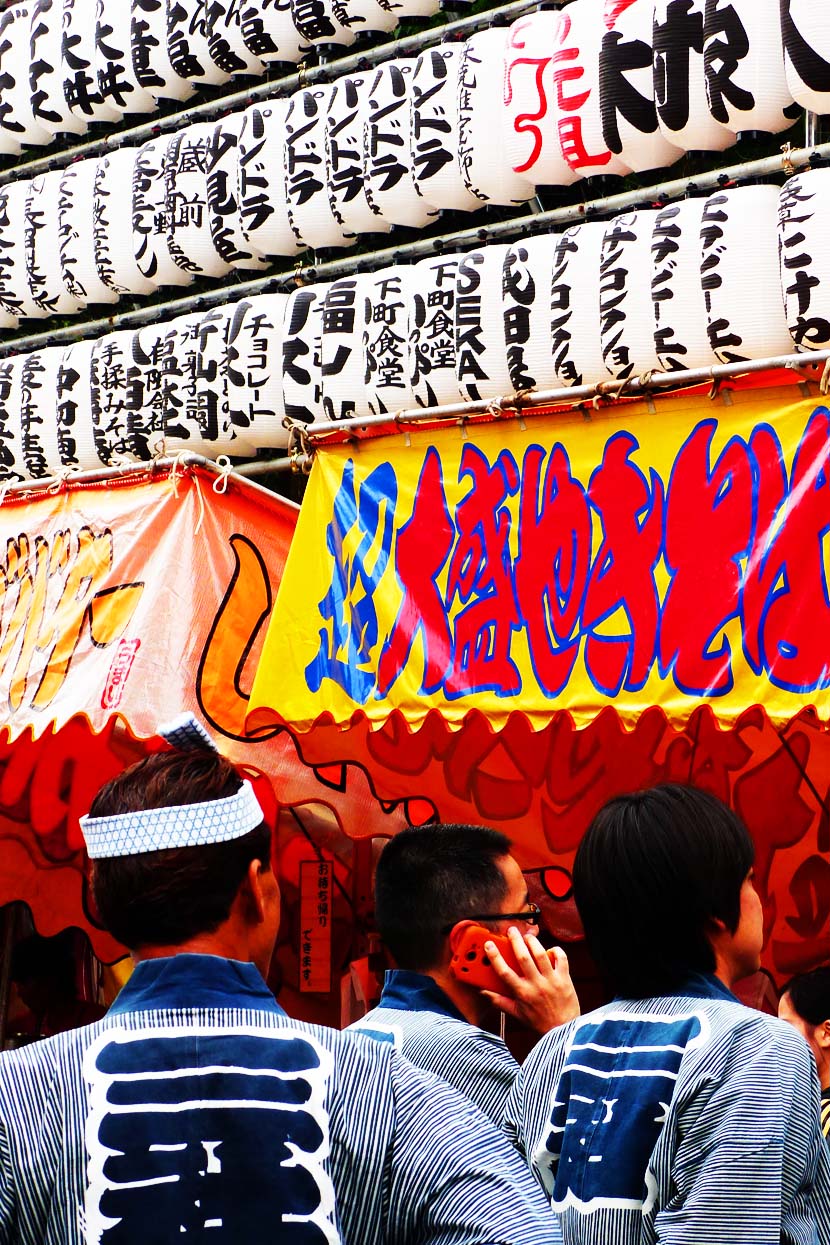 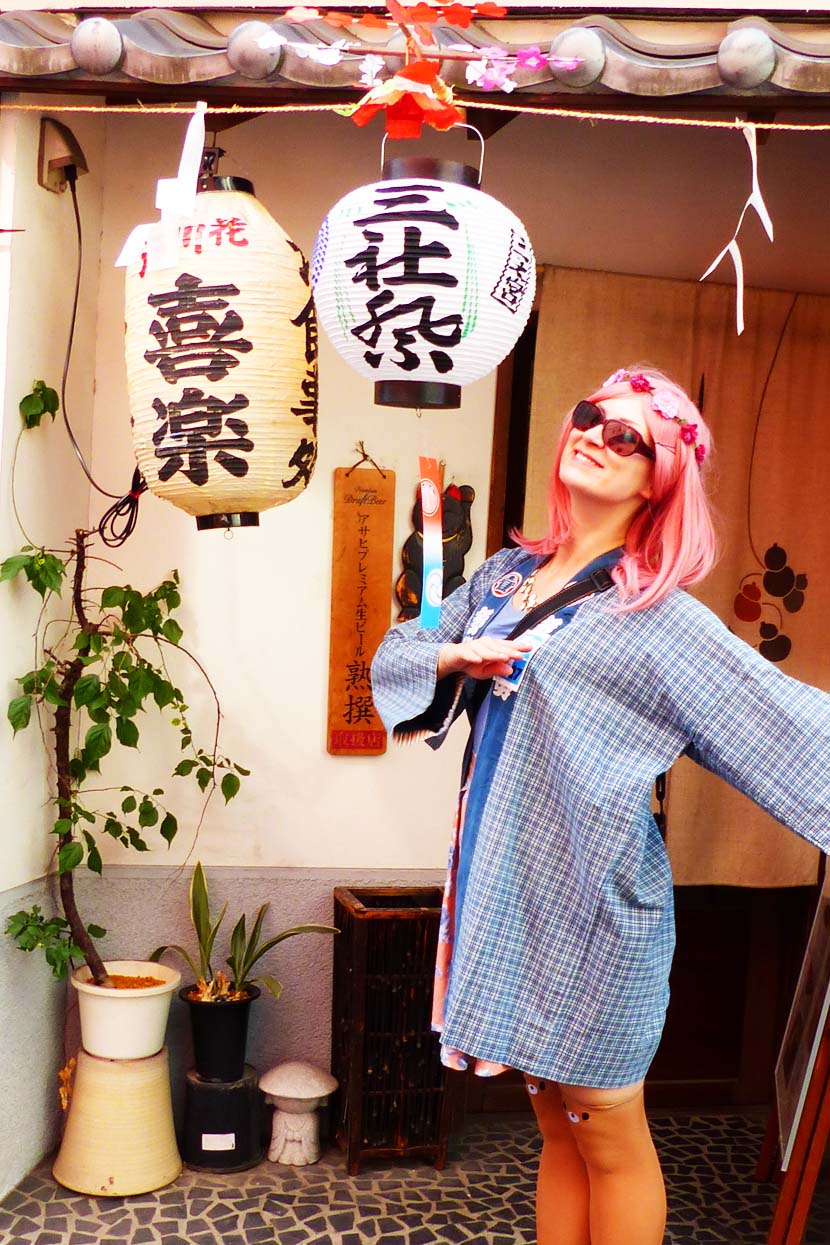 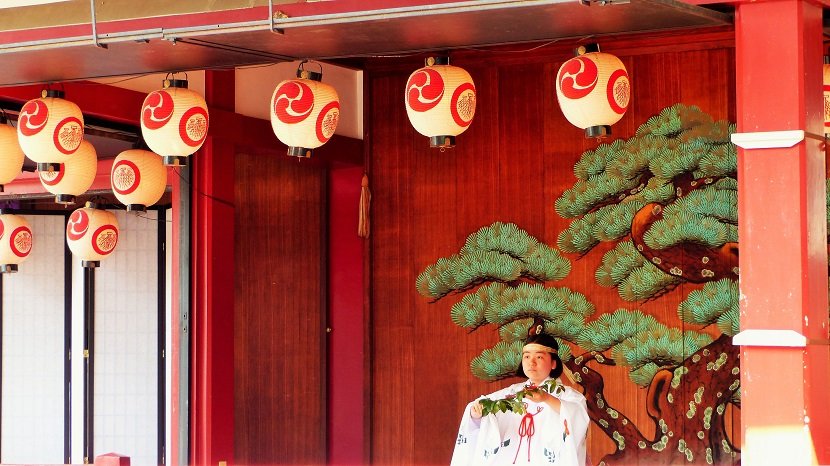 What I didn’t know before, I wasn’t so much of a klutz at this than an actual pro. With ease did I catch seven fish and could have gotten more if I had not gotten slightly bored and an appetite for crushed ice in rainbow colours. Gotta know your priorities. So I released the fish and grabbed my ice cream.

On we pushed through the crowds with their baked potatoes and skewers and caught up with one of the many mikoshi. A mikoshi is a portable shrine and those get carried around during the three day Sanja Matsuri. It becomes a competition to carry the shrine multiple times during this period and to qualify, you have to wear Japanese sandals or leather footwear as well as the overthrow coat with a number on it.

My new friend had both at the ready and I looked quite outlandish in my pink skirt and hair wearing baby blue and flowers on my head. You can imagine the camera flashes going off when I suddenly found myself heaving the temple and grabbing hold of it in my sandwiched position between eager Tokyonites. If you want to know, I don’t enjoy this kind of attention. But the whole thing was fun nevertheless.

Just being in the midst of this excitement and a part of an otherwise foreign collective is just part of what makes travel so exciting. You never know what adventures you might stumble into. And this is the story of how I carried a god.

Have you ever done anything this spontaneous and crazy? Have you thrown yourself into a foreign festivity and didn’t quite know what was going on, but just enjoyed it anyway? 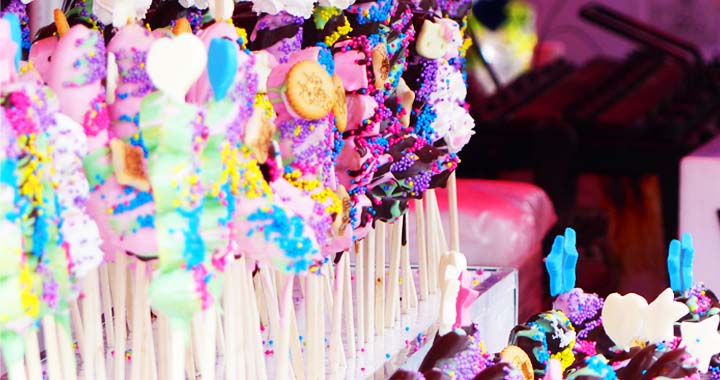 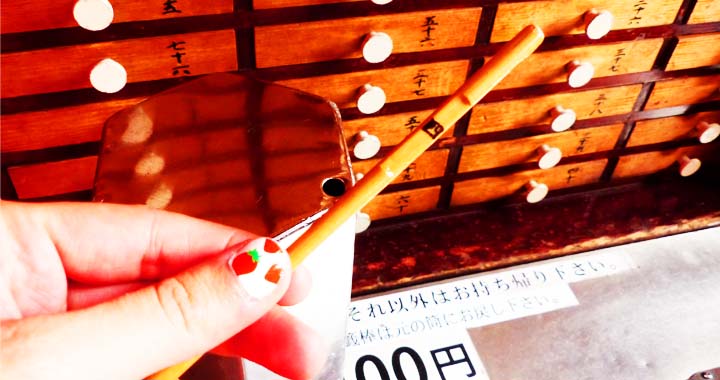