On this cloudy day, we headed over to watch the wind tear up the ocean and send enormous waves crashing against the shore. The spot we picked for starters was a memorial for a nun that had been washed away by a king wave when she stood on the cliffs overlooking the ocean. Truly, the sea can be really treacherous around the Eyre Peninsula. And I would know later in the day, when I would swim with giant tuna. But I knew none of that yet. 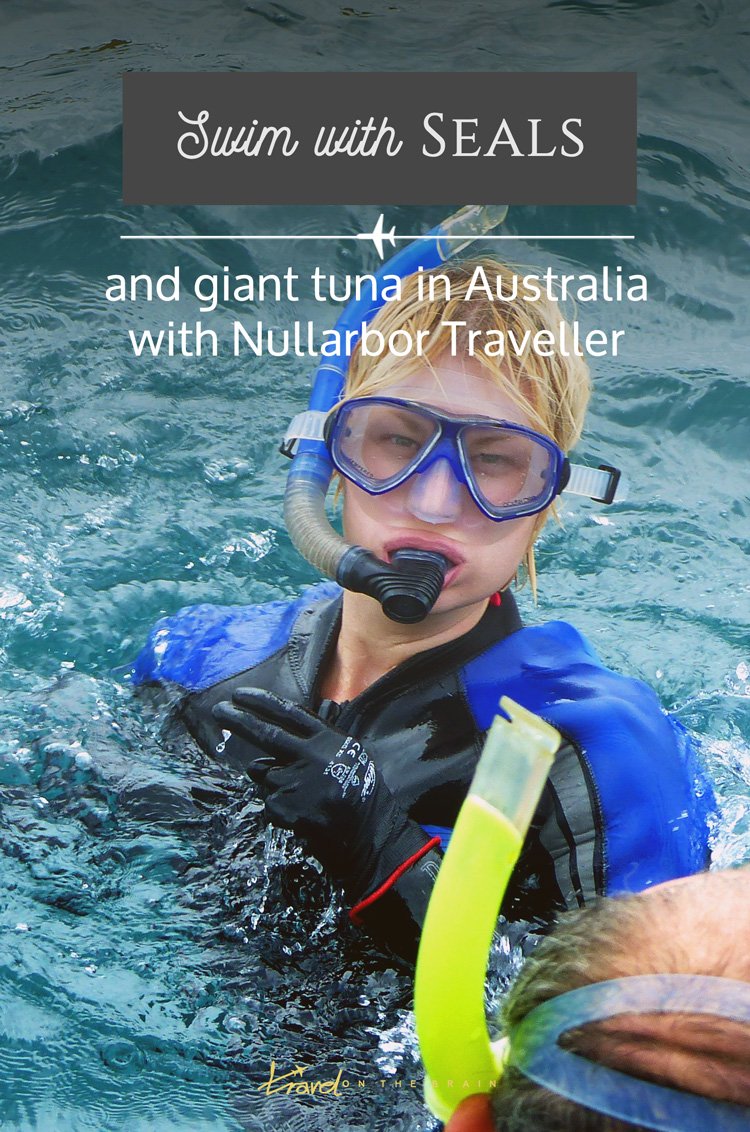 Jumping around the Eyre Peninsula

We then made our way closer to the beach (not too close to the waves, though) by heading for the Woolshed Cave and the eroded soft pink sandstone shore, climbing over crevasses and jumping over little pools full of little crabs and swaying sea plants. I think this was my favourite beach on the peninsula with its interesting shapes, protruding rocks, splendid colours and living pools. Nothing like those picture perfect snow white baby beaches.

The sun had come out just in time for us to see Murphy’s Haystacks in all of their glory. Lichen in a burnt colour covered the stones that could have come straight out of a Miyazaki movie as they had an eerie resemblance to the ghostly thingies in Princess Mononoke (Hands up, who’s seen it?). Growing from a small stem to a round head, they looked perfectly outlandish in the otherwise flat corn fields.

The weather was still holding up great and it was perfect for the optional swimming with the sea lions. I, the landlubber, stayed on land and took a walk up the beach before heading out to the coastline and spotting a lazy sea lion colony bathing in the sun on red rocks and colourful water pools.

Watch out for the Ocean

The day’s activities were over and we headed towards Coodlie Park, where we went into the bush to spot some birds. We aimed for the blue fairy wren that we could hear but not see and instead found a bunch of thornbills. Both are tiny cute birds and we were happy with the outcome, which we discussed over self made pizzas and a campfire.

The next day*, we kept with the previous philosophy and headed out to unruly shores. Locks Well, which is a dangerous spot to head out into the water with lots of warning signs telling you so but that doesn’t stop crazy surfers from trying it every now and then. 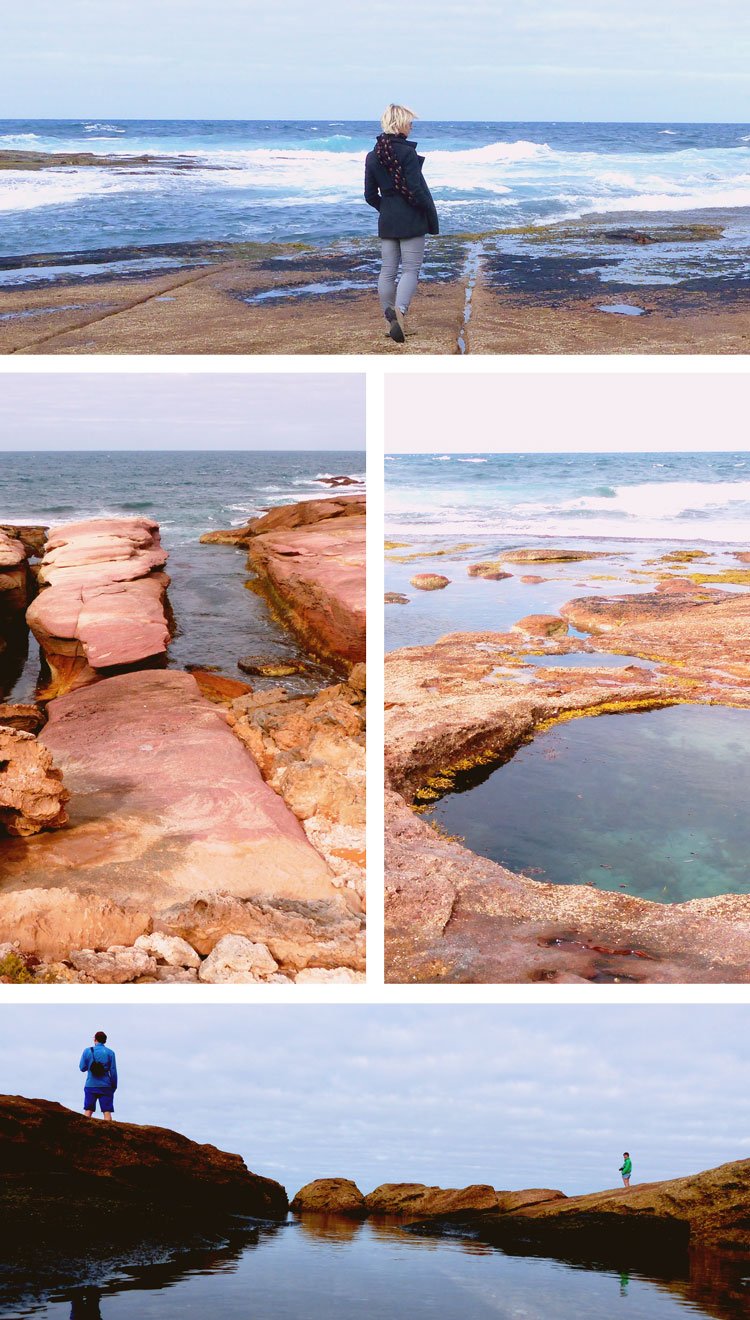 So we stood there in awe ove the massive waves swallowing everything in their wake, stretching out to the sky and blending in with the clouds, forming a monstous amalgamation of water drops in a palette of dirty grey and icy blue. Which was beautiful, except that we had to walk all the way back up the ‘stairway to heaven’. Exhausting. If you didn’t know, I am in terrible condition, which is surprising considering all he hikes that I’ve done.

Along the way, we spotted another shingleback and took it to our tour guide, who was a fierce lover of animals and already armed with pincers to save the poor reptile from its many ticks and thus expand its lifespan. We had done this already the day before and were always happy to help. There you go, little fellar.

Tunerama – Ever heard of that?

From seaside to town we went afterwards and it just so happened that that weekend we were able to witness the Tunerama in Port Lincoln. Once a traditional celebration to mark the start of the tuna season, it had developed into a full fledged town carnival with lots of food stands, theme park-like attractions and a float parade.

[su_service title=”Read more: Carnivals across the globe to put on your bucketlist” icon=”icon: plane” size=”22″][/su_service]

Starting out rather boring with vintage cares and occasional flags, the floats became bigger and the costumes more hilarious as the regional beauty queen was driven by on a monstrous hand, Spiderman sat next to Elsa from Frozen and people in bubbles were walking past. I even got a photo with a potential winner for the Tunerama Teen contest. 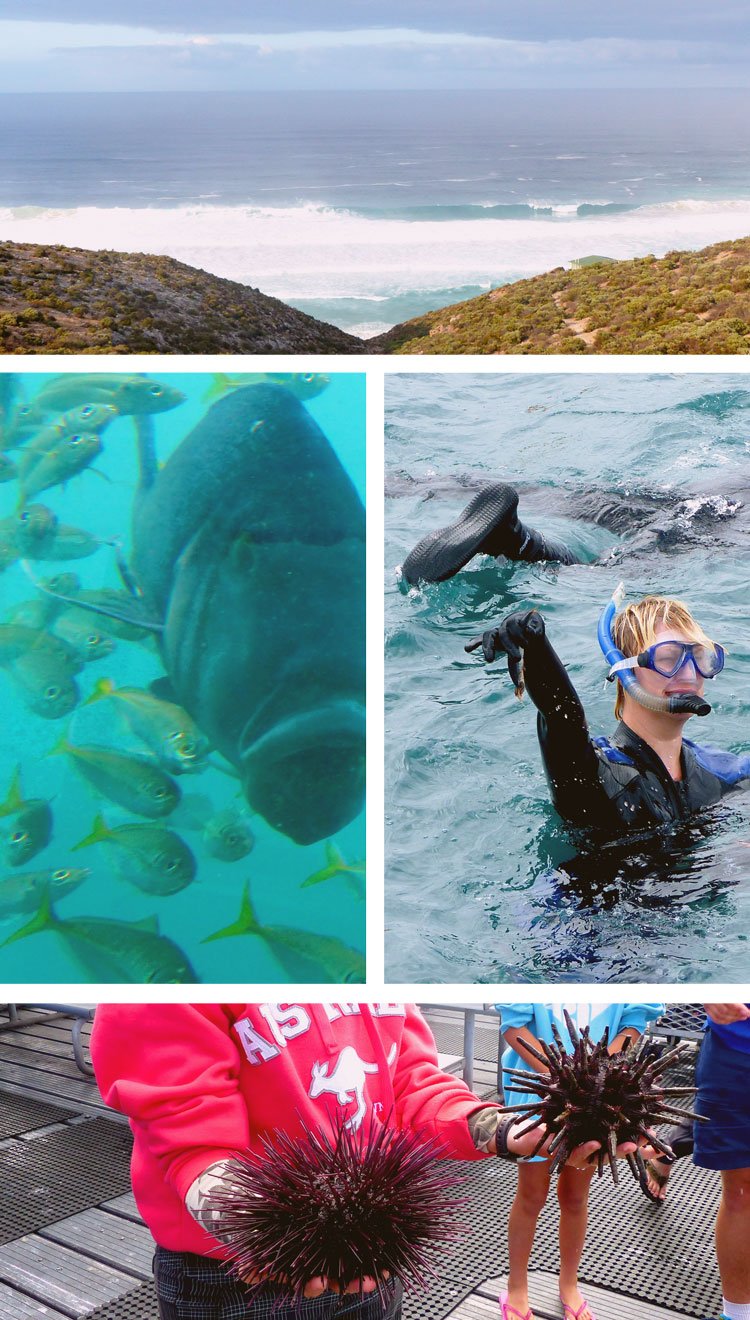 Into the Cold Waters

My personal highlight commenced shortly after that when I sailed out to sea, put on a wet suit and dunked right in to swim with the fish. If you haven’t read my disastrous attempt at snorkelling (I was at the Great Barrier Reef near Cairns), you should maybe do that now to better understand the following episode. I suck at snorkelling. Granted, I didn’t drown and figured out that the goggles can be pulled tight. Plus, snorkelling is basically like a simple swim but with the added bonus of being able to see and not breathe in water. So a swim with giant tuna didn’t seem like the best idea.

I was the first person in. Sadly, it was so as to get it over with and not be outed as such a whimp. No need to hide the fact since a pierce shriek escaped me when all of a sudden a big blue fish was circling my legs. Didn’t see that coming. Smaller ones were to follow shortly and I had no choice but to throw myself headlong into the water to get to terms with being caught in a live aquarium.

Super Unlike a Mermaid

It wasn’t too bad. In fact, it was actually really nice to swim with giant tuna and see things that were not H2O or unidentifiable floating stuff. The fish didn’t bother much with me and were more capable of swimming out of people’s way than I was of swimming in any direction generally. I’m not saying I’m bad at swimming, just that those guys were experts. Obviously.

Then came the ultimate swim. The tuna. Insert a dadum sound here. Did you know they are actually huge? And I mean HUGE! For some reason I had the Marylin Monroe from ‘Some Like It Hot’ thinking in my head, i.e. I thought that since the tuna cans were usually small, the fish had to be as well. Again, I watch too much TV. 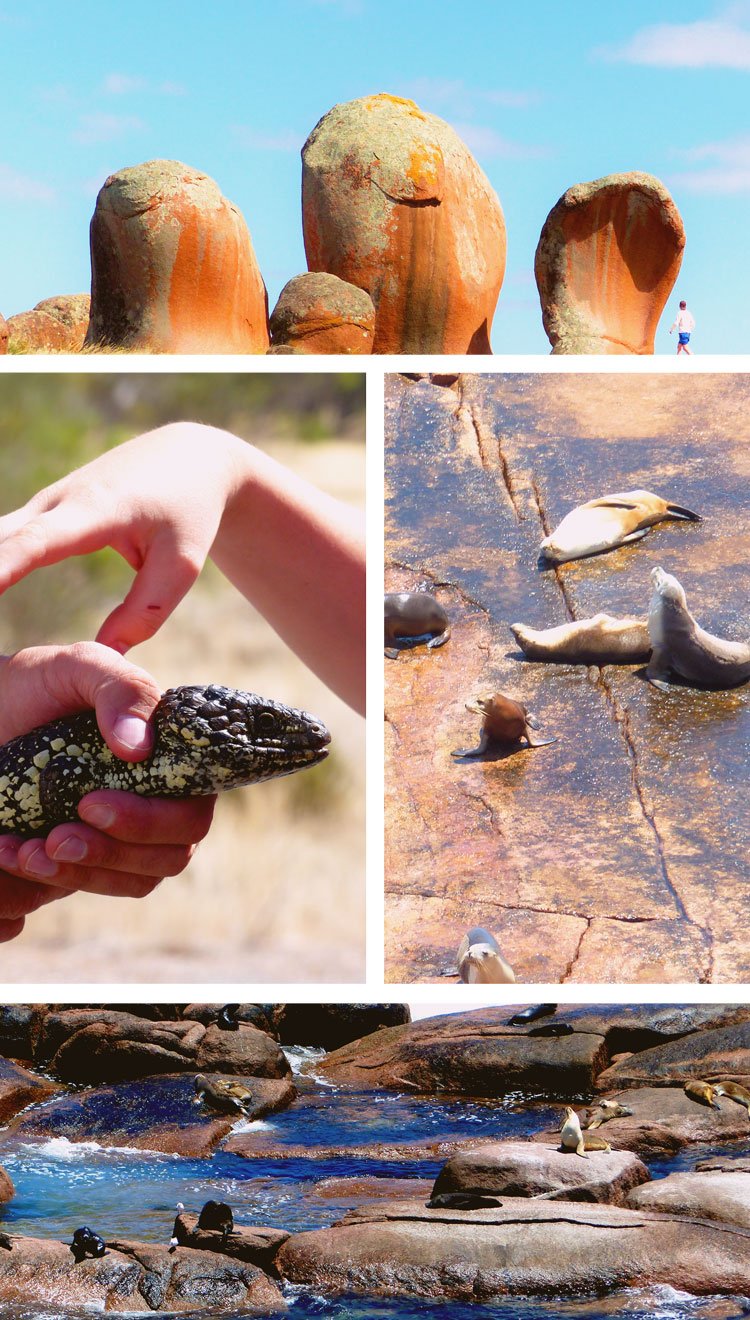 Before I knew what was happening I had a dead fish in my hand with guts hanging out, ready to be snatched away by the hungry giants. They came from behind and yanked it out of my hand straightaway. Good grief! I gave it another go and now they seemed to take their sweet time. Or maybe it was just to fool me as they seemed to appear out of thin air (or thin water?) and the fish was gone. No yanking.

The other swimmers seemed – again – much more capable and the fish feed was gently hijacked. I decided to give up this feeding giant sneaky fish thing and dry myself to savour a bubbling hot tea while I watched kids gleefully taking up sea creatures from the touching pool. Among them were starfish, crabs and snails. Much more relaxing.

Sleeping next to Koalas

Before night fell upon us we headed out to Mikkira, where we set up camp under a shelter and ventured forth to count cuddly marsupials colonising the surrounding eucalpyt forest. Usually there are masses to be found, but today a rather sparse population had set up position around us. That didn’t matter to me since I was lucky enough to have seen lots already and the ones we saw were really close to the ground and actually awake so that they could demonstrate the sleepy eye look and pig noise grunting sound to mark their territory. We actually slept right next to them. And with that in mind, we fell asleep.

*The fourth day on my Nullarbor Traveller was part of the Perth to Adelaide trip, which differs somewhat from the Adelaide to Perth trip. This was due to the fact that I stayed on Coodlie Park and Eyre Peninsula for another week before resuming my trip. This Travel Diary is part of a series. Find Part one of the Nullarbor Trip here. I would like to thank Nullarbor Traveller again for having me as a guest. My opinion is as always my own.

I would like to thank Nullarbor Traveller again for having me as a guest and letting me swim with giant tuna in Australia. My opinion is as always my own.