I was invited to a foodie Tour to learn more about how culture and cuisine merge in around Cape Town. Of course, I was tempted very much and went off with Coffeebeans Routes to discover cuisines that were not only typically local but off the radar of regular tourists. Double win! What better way to start a tour than to start at the very beginning of the city it is about? 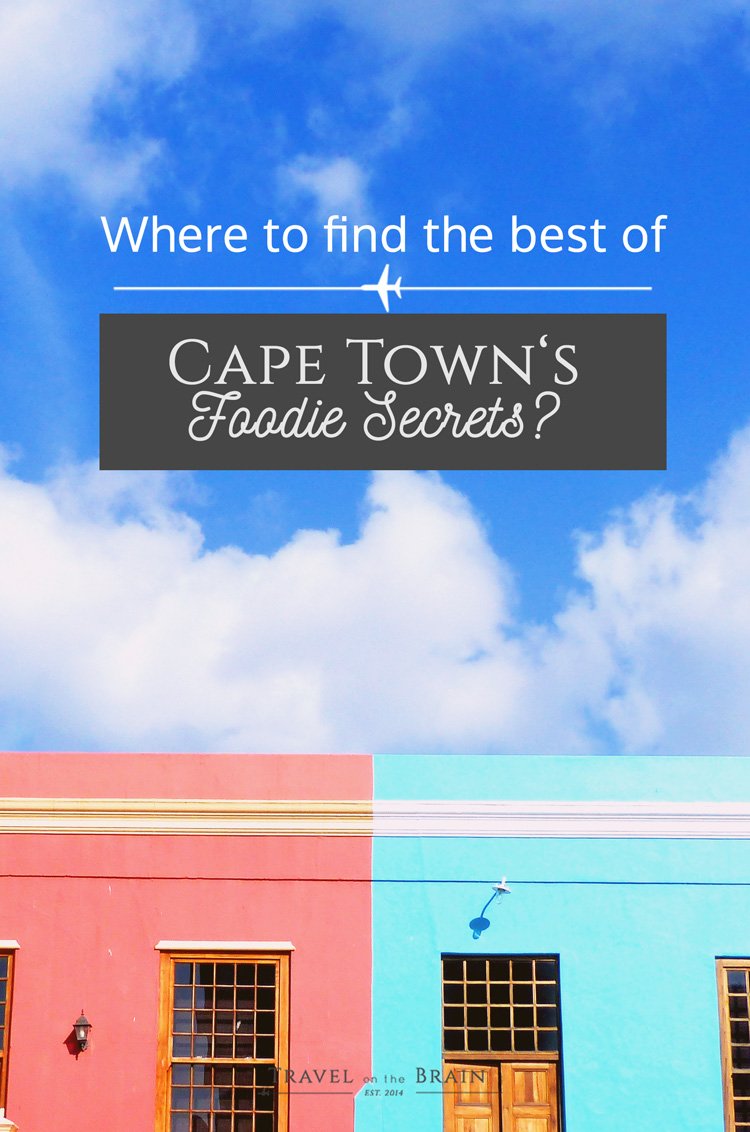 Cape Town had a long history of European countries eyeing it as a perfect port for trading in India and ultimately Dutch sailor Riebeeck was sent down by the Dutch to claim the area and build both massive gardens and a fort. He did both sucessfully and founded the citty we know now today. And his Dutch influence can be found abound.

The gardens as such have long been gone and the only remains are visible in the Company Gardens (referring back to the original Dutch East India Company) and a local gardening project that seeks to produce fresh greens based on sustainability with photovoltaic and recycled water. And just a little off the garden grounds yu can even find the original water sources that originate from the tops o Table Mountain itself and that have been covered backm in the day by the Dutch to serve as canals transporting water all the way through the city. 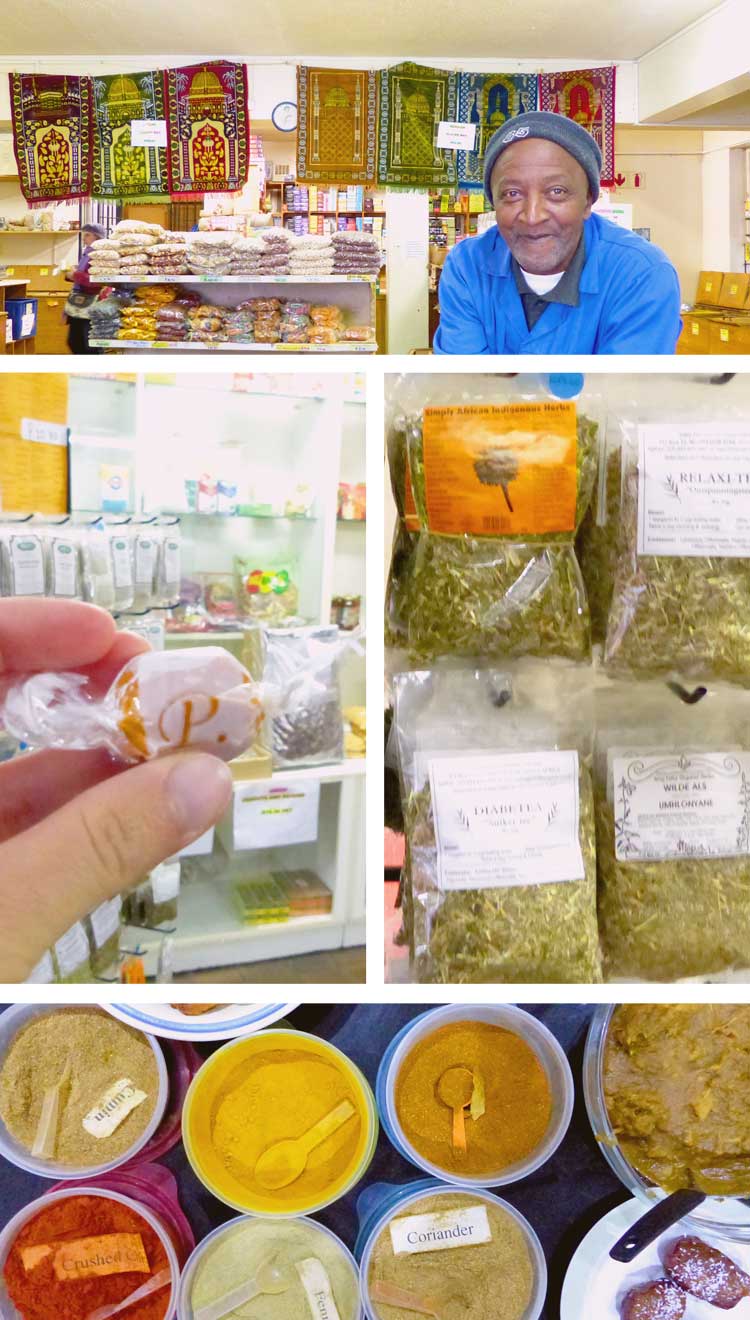 Moving on, we now find Cape Town an amalgamation of different cultures and vibrant areas. One such iconic place is Bo-Kaap, better known by its rainbow colour face than its name. Heritage houses line the hills and one such house welcomed us in for lunch and a self-cooked local specialty. Cape Malay food is a very special blend of Malay heritage mixed with Dutch cuisine and was served by lovely Gomida in the form of a steaming bowl of curry with roti bread, samoosa and chili bites as hearty snacks and koeksisters for dessert.

Next on the list was emerging new hip district Woodstock with its many quirky stores and yummy shops. A specialty for all tea lovers, I chose the rooibos espresso at Lady Bonin and it indeed was strong, but good and all red. A good alternative if you want to slow down on your coffee consumption. We had a little chat with Mia, who told us about her baking career plans and her very special chocolate banana bread and then had to move on as we were already expected somewhat out of town. 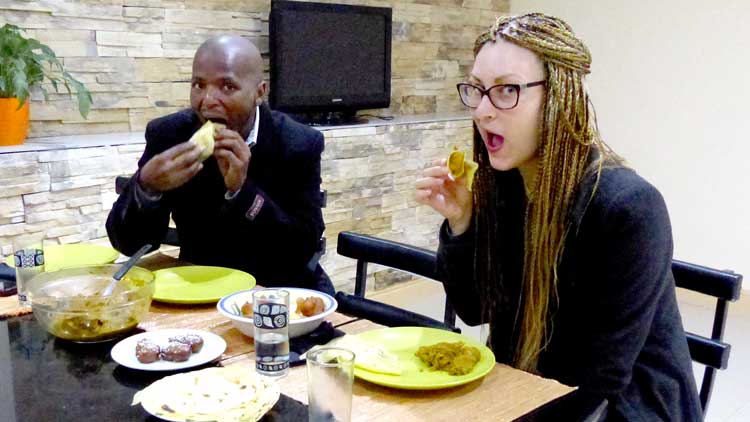 I had originally planned to see the townships of Cape Town but the trip was cancelled due to some temporary unrests but thanks to my foodie tour with Coffeebeans Routes, I finally got a peek and was really amazed. It is so different from what I know and even more so from what people told me. The townships we visited are all kinds of things from nice little houses over to tin sheds, from graffiti covered walls to painted store fronts, but most of all vibrant and lively.

The first stop was to get a small donut-like treat from the local spaza, a former container turned kiosk, which is a common sight. As it was headed towards dinner time, we went on a hunt for local BBQs but since it was a day before Youth Day, a public holiday to celebrate the youth who rioted against the Boers in 1976, and it had rained a lot, all local street BBQs were closed, which meant no chicken feet for me. I wasn’t keen either but it should be noted that not the actual feet are eaten but the meat on the drumsticks. 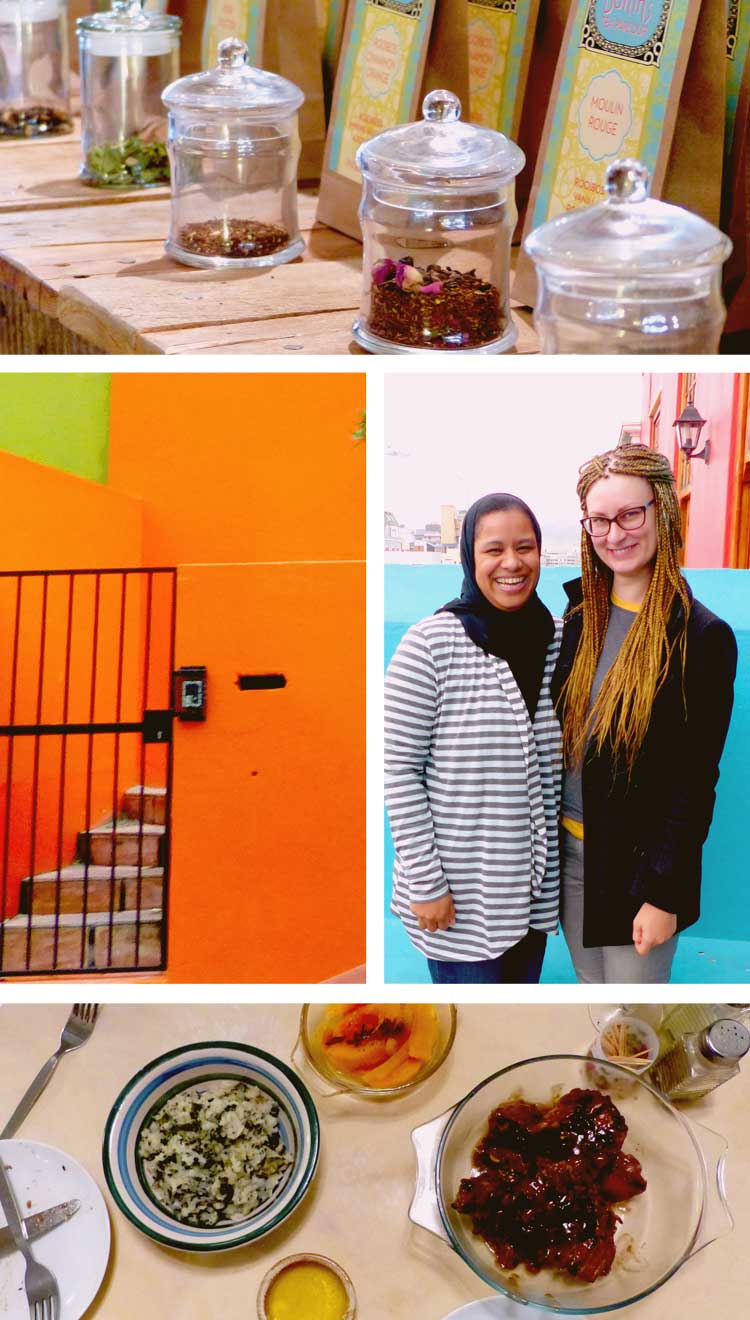 Another local specialty, which used to be reserved for men, was the sheep’s head. Something I wasn’t too keen on trying either (call me a wimp – or a picky eater), especially not the whole preparation process was explained to me in detail. If you love to try different meats, then the sheep’s head is definitely something you might consider giving a try. They are sold in the townships by women wearing yellow ocher over their faces to protect them from the sun and fire.

Moving on, we paid our last visit to another local home, with a charming lady having prepared an entrée of liver followed by juicy chicken, roasted butternut squash with a dash of cinnamon and a side of a mashed maize, like a pap. It was really yummy even though I unfortunately had to reject the entrée as I do not eat innards (and I highly recommend if you are like me, to include that as a dietary requirement because it is a thing in South Africa and you might even end up eating tripe).

Should You Go on a Foodie Tour in Cape Town?

So all in all, I learned incredibly much about local history and food but most of all, how both play together and changed over time and that eating meat is not actually a typically South African thing contrary to popular belief. Beef and cows used to be way too valuable to eat in big quantities, which makes sense. So make sure you try your pap, samp and basically all dishes you can because Cape Town is a foodie town and with a guide by your side, you can make the most of it!

I would like to thank Coffeebeans Routes for showing me around Cape Town its local delicacies. I received the tour free of charge but my opinion remains my own. 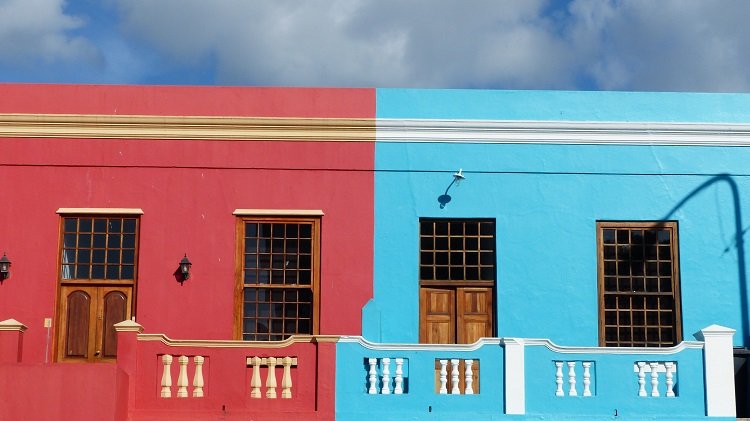 Cape Town Tips You Need to Know Before Visiting