I think I chased a white rabbit with a watch and fell into a hole but I can’t remember that bit. What I remember is that I stood there in a crowd full of happy, smiling people and gazed up at the man himself next to the world’s best friend with a fairy tale castle rising in the background. I was in Tokyo Disneyland. Finally, for the first time and I vowed to Disney and Mickey Mouse that it won’t certainly be the last. 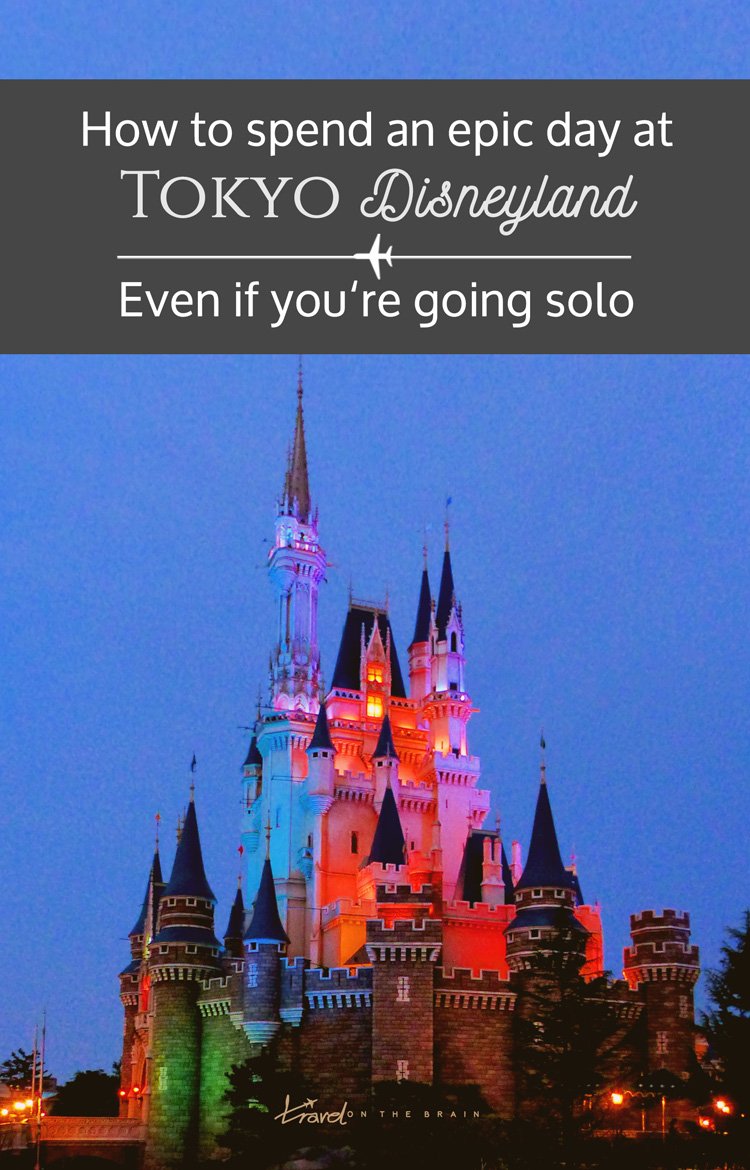 The train ride seemed to take forever and when I stepped out, the music of the slow waltz in Sleeping Beauty gently guided me outside, where signs would show me the way. Luckily, they weren’t moving away and messing with me. The path stayed were it was and no Cheshire Cat appeared. I thought it was quite a shame.

[su_service title=”Read this, too! From Nerdvana to Hell – The Pokemon Chase” icon=”icon: plane” size=”42″][/su_service]

The queues were not longwinded and I quickly stormed in and found myself face to face with Goofy. Naturally, we became best buddies and took a commemorative shot. But then he had to take care of all his other best friends. Friendships can be so fickle. Anyway, just a stroll through a shopping bazaar that would have fit perfectly into the world of Mary Poppins later, I witnessed the royal snowy procession of Queen Elsa and Princess Anna, dancing gaily on a moving iceberg while snow elves danced about and snow fell. Yes, snow. They actually had some snow sprayed during the procession! 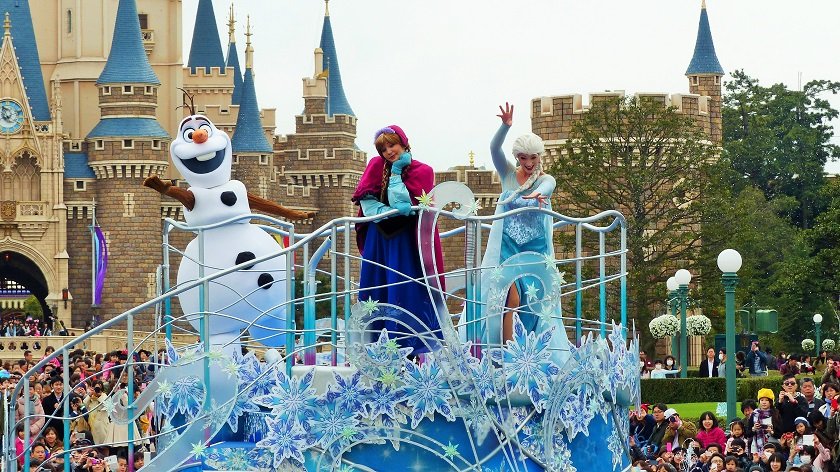 The Tokyo Disneyland park was big, the day never long enough and so I took a hard look at my event map and began chasing down all the places that would bring me even more joy and cheer. The first one wouldn’t let me in because I hadn’t won one of the free lottery tickets for a seat even though it said on my map that would not be necessary for the first show. So, I had to stand with the baby strollers and inattentive toddlers that were jumping in my zoomed in pictures just when I had a clear view of one of the many Disney characters in the show. After all, it showed a summary of Disney’s stories in just 20 minutes. 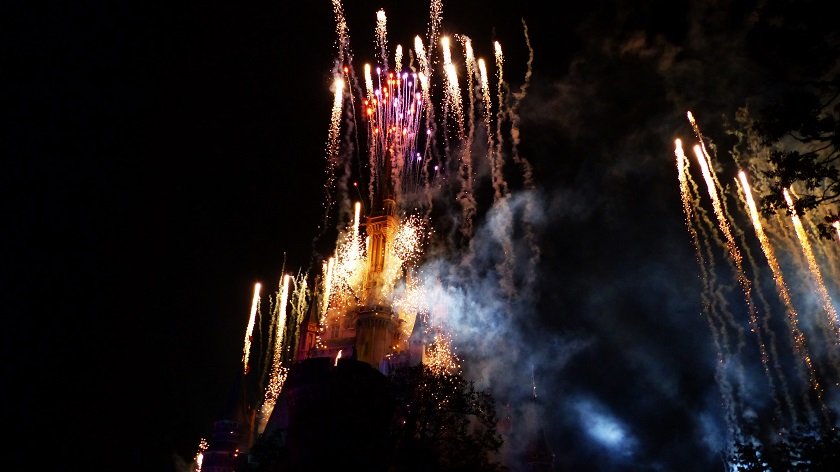 Determined to see my beloved characters up close, I marched to each show in advance and made it to the middle rows. Being a tall European, I had no real problem seeing and my camera captured enough. As it is in Japan, I was reminded to not hold my camera above my head as it might disturb others. Shame on me, but great that someone points it out. I was always annoyed by this everywhere I went. Especially those selfie sticks! 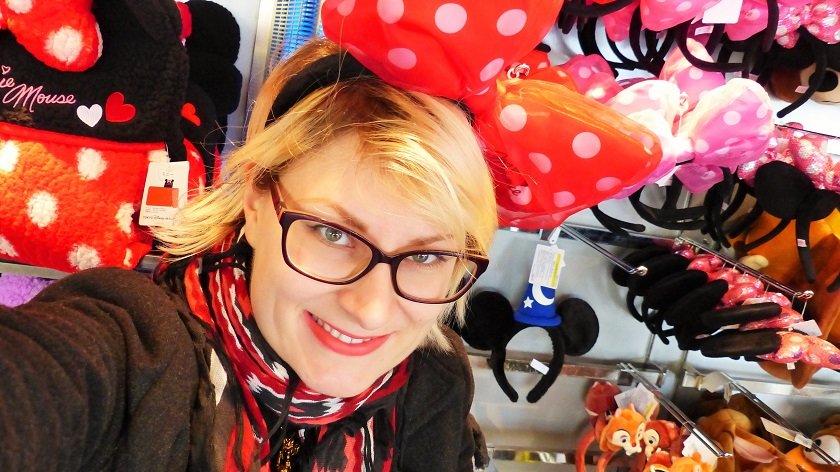 So I attended a latin-inspired dance show with Minnie Mouse at the centre and Donald Duck, Goofy and Chip & Chap spicing things up a bit. The singers sang in English, luckily, so I understood the music but not the talking. But Disney is very expressive anyway and the eyebrows of the singer alone spoke volumes. Which sounds weird, but it’s true! From rustling bright coloured costumes decorated in flounces and ruffles, sequins, wings and headdresses, the costume designers went all out and there were acrobatic features as well.

[su_service title=”Read this, too! What to Know about the Biggest Anime Convention in Tokyo” icon=”icon: plane” size=”42″][/su_service]

After that, it was time to move onto the next Tokyo Disneyland World and I just couldn’t resist and had to jump on the Tom Sawyer and sail across to his little island. Having one amazing book come to live with me in the middle, I instantly braved up and made my way through Injun Joe’s cave, however, neither finding the treasure nor Injun Joe. I guess he stayed behind closed bars for good after Tom Sawyer found him. Job well done, Tom! 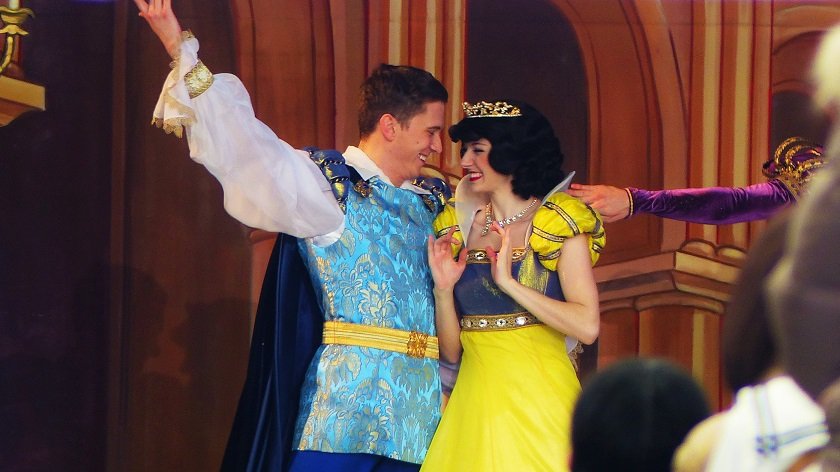 Staying in the “US”, I stopped by the Wild West and attended a bear theatre, which was insanely well animated! The bears looked both exactly like the typical Disney cartoons but as if jumped out from paper. And the songs were so truly country, I missed wearing cowboy boots. My personal highlight, though, were the intricate painted galleries and fake stage doors in the corridor. Disneyland Tokyo sure knows how to “paint a picture” and that it does well. 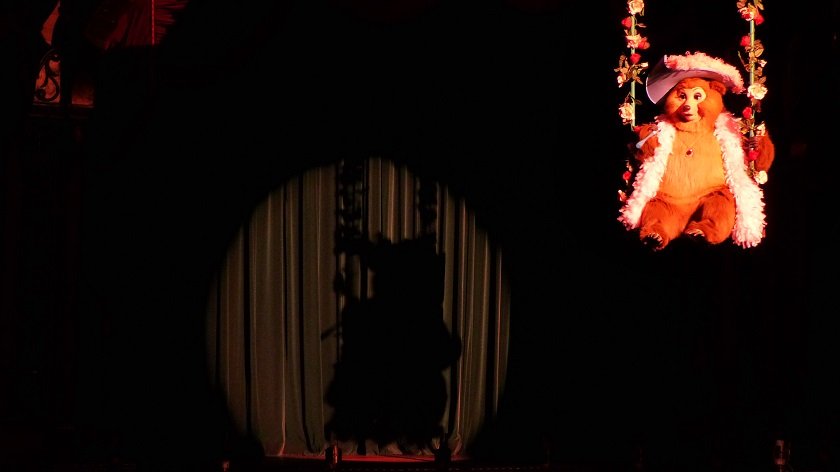 Next on the list was a show called Happy Jumpin’ Time. And if you hadn’t guessed from the name (I didn’t), it was a show for kids with some participation on their side. Mostly a puppet show, which was beautifully staged and performed as if drugged on happiness, I felt slightly out of my league here. I am getting old! But it was about two cute frogs, and I love cartoon frogs. Just the other day I bought a figurine that I didn’t know just because it had a frog that went with it. I’m such a sucker for the cute little green ones. 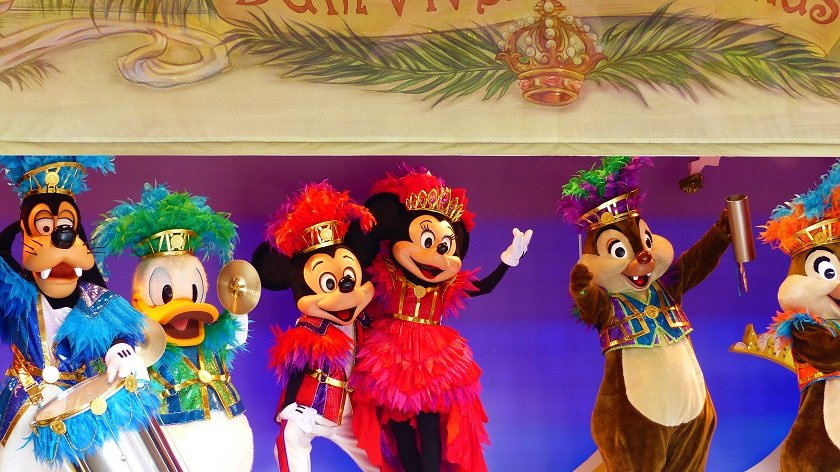 Feeling old was so not an option in Tokyo Disneyland and I made it my mission to participate in everything I could and as often as I could. The queues were massive and had a waiting time of 190 minutes! I could watch a whole Disney film in that time span! So I made out the least crowded hubs and ended up high on tropical tree house, walked down crazy alleys in Looneytown, feasted in Louie, Dewey and Huey’s burger shed and paid a visit to Minnie’s pink house.

When it turned dark, I had goosebumps run up and down my spine – not only from the cold that had by now successfully crept up on me, but also from the excellent lightning show projected onto Cinderella’s castle. It was absolutely epic. Rising beams of colour turned into iconic symbols for each film and when the characters themselves ran across the castle walls and danced to their songs, it was really like a book come to life – just as it was advertised. 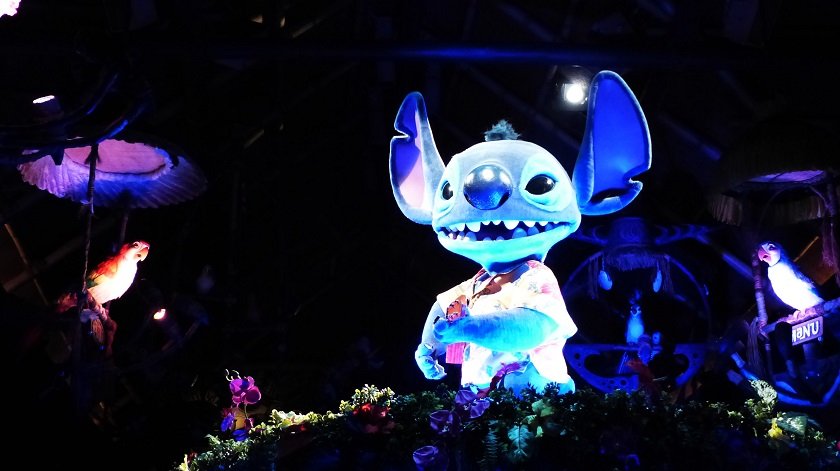 I used the late hour to experience a couple of rides in Tokyo Disneyland, such as Snow White and Dumbo. With the Peter Pan ride, the ‘vehicle’ was attached to the roof and it really felt like flying. Most of the props were in line with that and I could see good old London from above as well as Neverland beneath a cover of clouds. With the ride “It’s a Small World’ I expected an Alice in Wonderland kinda setting and was taken by surprise to see hundreds of dressed up dolls parading about to represent different countries and cultures from all over the world. It was a travel around the world within my world travel. I liked the coincidental meaning behind that. 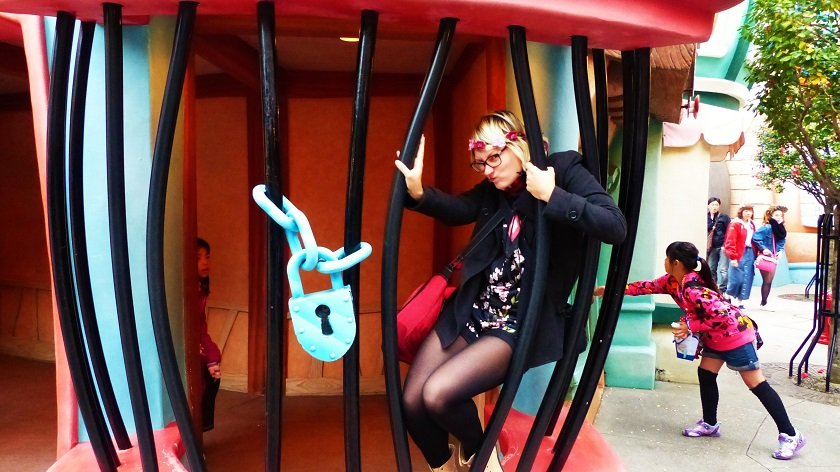 Completely exhausted and deliriously cheerful, I hopped back to the tunes of the Jungle Book coming out from the Disney pillars on my way towards the train, all the while regretting that I hadn’t fed my phone with Disney tunes. And I think I even caught myself silently humming to myself. Yes, that’s the crazy lady that would totally visit Disney again in a kick ass princess dress (How about Merida?). Just watch me! 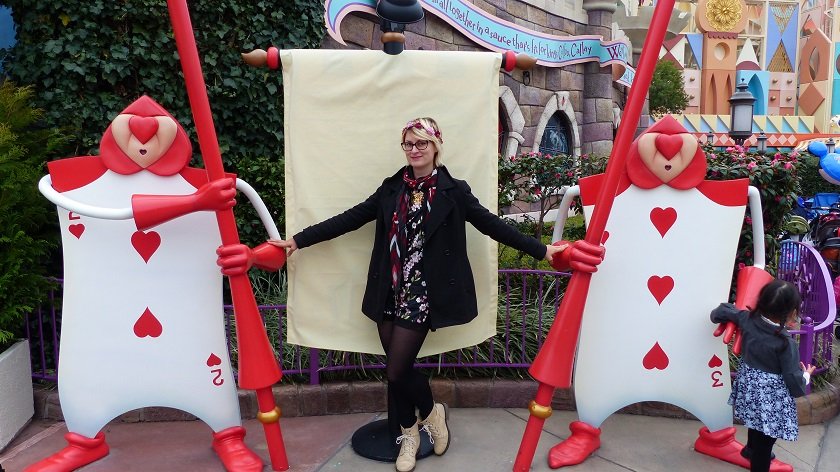 Did you know about Tokyo Disneyland? Have you ever been to a Disneyland? Would you like to give it a try in Tokyo?

Recipe Corner: Japanese Takoyaki
You Might as Well Hand Me the Crown for the Queen of all Chaos