Nobody likes to talk about it. It is not particularly nice to go but nice to leave. And some you wish you wouldn’t have to use but have to. I’m talking loo. Toilet. WC. But whatever you call it, it is undoubtedly necessary whether you travel or not. Especially during travels it can prove a challenge to the surprised visitor. To avoid shock, I have taken upon myself the unpleasant task of talking about business behind closed doors. But don’t worry, it is all about the ceramic itself. Nothing else. (Heaven forbid!) 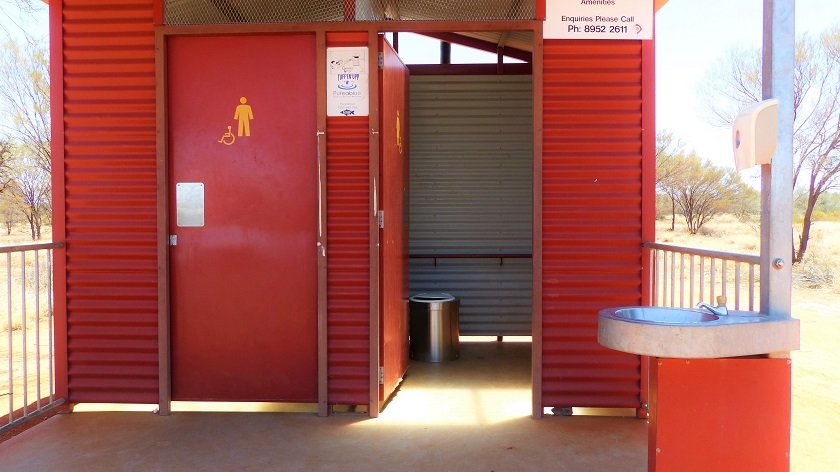 Forget soap, that is something you will find a luxury once you are back to civilization. (I seriously rejoice every time I encounter soap in public toilets. No joke.) Sometimes there is no water to wash your hands either. There never is water to flush. Or even a flush. All it is is a toilet that tricks you into thinking it is just a normal toilet, but there it simply covers a giant hole in the ground that in turn leads to a huge collecting basin full of bacteria that make the whole enterprise a self composting business. It’s nature.

Call it recycling and sustainable. Especially if you consider that there are no pipe systems in the outback, no electricity. Knowing this, having a bush toilet is a luxury in itself. But sometimes you feel like an actual bush might be more hygienic and less fly infested. Some seem to have mistaken this sentence and added a brush. (Brush isn’t bush!) That brush is for wetting the inside of the toilets to prevent things sticking to it since there is no flush. No comment.

But even if you weren’t fooled by the initial appearance of the toilet itself, you would know by the smell that you are dealing with something really special. And the flies will confirm your suspicion. Australia has a lot of flies and closing the toilet cover takes on a whole new meaning now.

Rules: Bring your own hand sanitiser. Check whether there is soap and/or water before using. (I ended up with soap on my hands but no water in sight. No bushes, no nothing. No need to bring own toilet paper, though. Always close the lid to not attract more flies.)

The Japanese Basin in the Ground

You walk into a public toilet and all of a sudden you can’t see any. You start searching and detect a longish basin in the ground. How are you supposed to sit?! The old crouching position. Which way? Facing the wall or the pipe system? Luckily, there are some instructional pictures for foreigners. Sometimes. And sometimes there are handles to grab hold onto, which makes sense seeing so many Japanese women in high heels.

This proves rather challenging for western folks, but I think after having mastered the bush method, this one shouldn’t be too hard. Regarding toilet paper, it appears that in Tokyo you have to bring your own. But don’t panic, advertisement companies are onto it and will hand out their printed papers to you. Last but not least, when you are in private homes you will have to wear special bathroom slippers and please do so since you don’t want to be offending.

What else I noticed about Japanese toilets is that they put a lot of effort into making them look shiny and stylish. At each roadhouse I stopped, for instance, a whole house was dedicated to carve shiny corridors out and decorate them with polished tiles and illuminated mirrors, topped with nice scents and vases with blossoming branches in them. There even were special make up rooms for the ladies. And don’t get me started on the cockpit that the modern toilet are equipped with. You can be splashed with water in all kinds of ways, have flushing sounds to drown out embarrassment or simply regulate the flush intensity. Some toilet seats are heated. High tech where it matters. 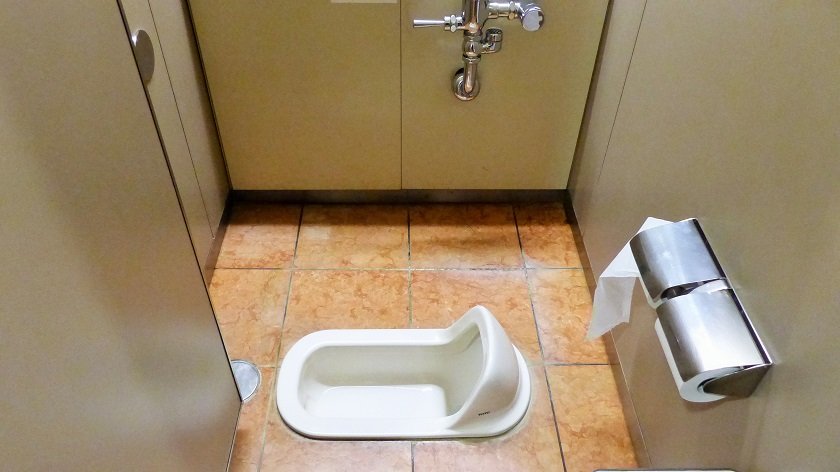 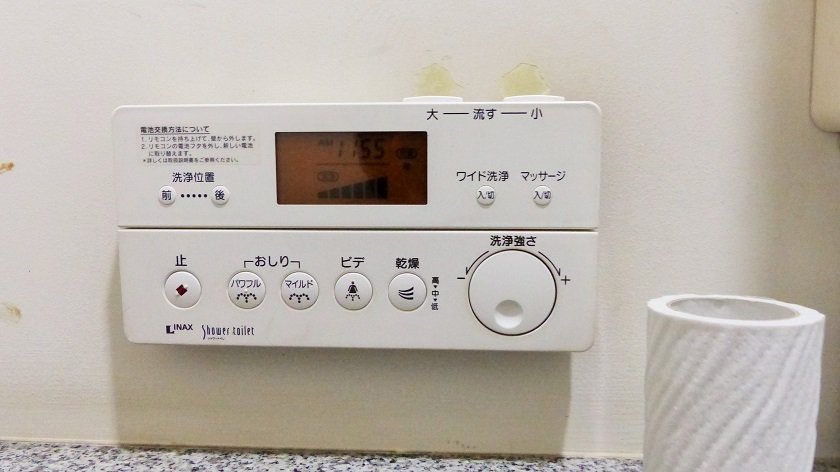 Rules: Don’t press all the fancy buttons. Bring toilet paper when in Tokyo. Use bathroom slippers if available.

This goes for a bunch of countries (e.g. Cyprus and Hong Kong) that have such an old or badly constructed pipe system that anything else than predigested food stuff will block the whole system. You think that this might be very gross but funnily enough I never encountered a smelly toilet (even though some also looked like they should smell). Now someone please explain to me why German public toilets are so smelly when we flush all the paper? I don’t get it.

So basically the whole thing is not any different to the common western toilet except that you will not flush down your used toilet paper. And usually the paper is very thin, too, so you have to come up with interesting folding or crumbling techniques. (I actually one had a tour guide asking everyone to introduce themselves by answering the question whether they were folders or crumblers. It was less an ice breaker than an awkwardness trigger.)

Another thing that apparently needs explaining, judging by all the stickers on Western toilets (not just bad pipes ones), is the appropriate position to assume. It is sitting. Not standing on the toilet seat (or standing in front of it, guys). Yes, it seems there have been incidents. I just wonder how they found out that someone had been standing on the seat and why would people think that doing that is a good idea in the first place?

It might be an unusual sight to see a bathroom lined with fluffy carpet. But if you have been to any British home you might have already suspected a slight obsession with carpets (many of them are never changed when new people move in). Everywhere. Even in the entrance area. Now the Japanese way of taking off shoes on a special tatami mat before entering the house appeals much more to me.

Apart from the floor carpet inspection that will certainly not receive the greatest vote, one more thing triggers slight revulsions in me: the chain. Said chain is the way to trigger the flush in the elevated toilet cistern. A rather old-fashioned system, but still found all over the isle. Did I mention how the white chain looks after constant use? A grimy black layer is not much fun to touch.

So basically you will find it hard to clean in the toilet itself with such installments and I am highly doubtful about the effects this has on hygiene. I’m not saying that every home has this but I have seen it enough to think it might be a problem. Please correct me if I’m wrong.

Rules: Don’t push the button, pull the cord. Don’t worry about the carpet.

Enough of this toilet discourse. I have seen these kinds of toilets so far in my travels, now I wonder, what interesting specimen did you encounter? Anything that struck your notice? It can be from door handles (the ones in Sweden are specific) to anything else. Let me know in the comments!

What is Anime Japan like? At the Biggest Anime Convention in Tokyo
#TravelBrainster Kathrin – The Best City Ever and Why the Light Sleeping Bag is never a Good Option 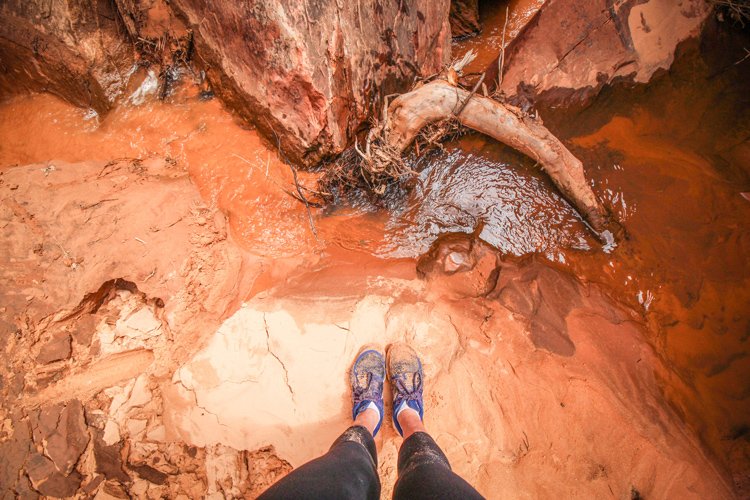