If green is your favourite colour and deep brown the shade of your favourite beer, then there is no reason not to make Dublin your next trip for the 17th March. It is then that each year, the population dresses in green and watches the famous St Patricks Parade. Fun, people meeting and drinking is of course part of the ceremony other than sightseeing Dublin. 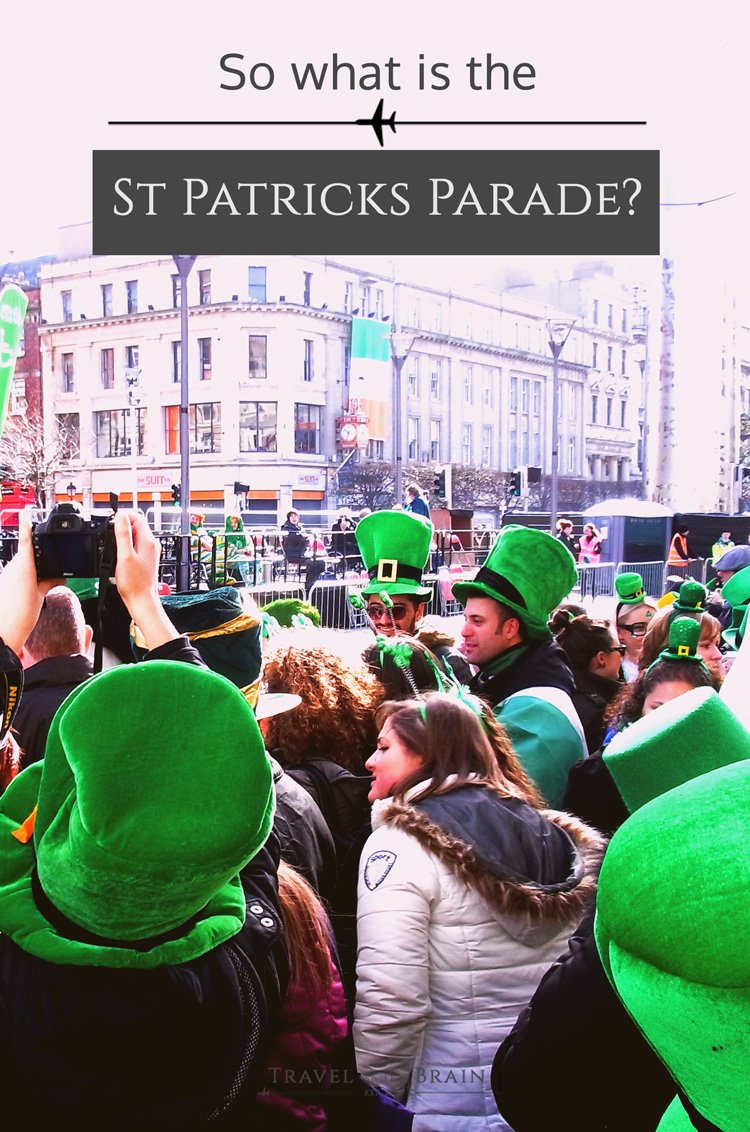 Dublin’s where It’s at

Happy St. Patrick’s Day to you! And to those in other time zones, I hope you’ve had a great one! Slainte all around! It is that day of the year again when every Irish Pub goes even crazier than usual and dons even more green than previously thought possible. People draw green shamrocks on their faces, put on green Guiness hats and for this special celebration, even Dublin’s very own river Liffey changes colour. Muddy brown turns green. Well, that’s what’s supposed to happen but when I was there, the water colour seemed unchanged. Just imagine it.

Yes, I have spent St Paddy’s in Ireland’s capital and I loved it. Funny story, most Dubliners leave the city on that day, making room for tourists going rampant, watching the parades and binging guiness like there’s no tomorrow. In a way that’s true because St Patrick’s Day happens only once a year. Now I wonder, do you even know what St Patrick’s Day is and where it came from? Let me give you a very short and not too objective introduction into Irish history. 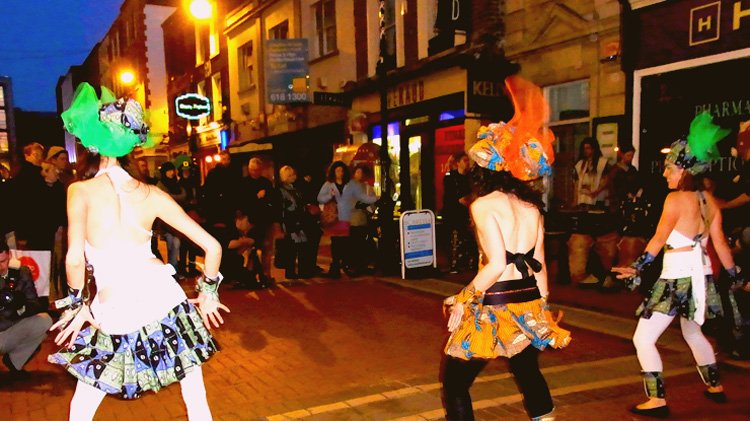 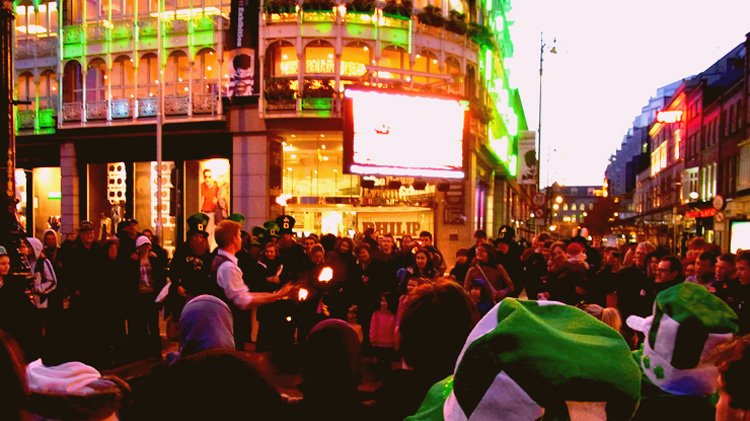 Once there was a time when the Celts roamed Ireland, living alongside nature, fearing the evil faeries and praying to many different gods. Then came Christianity. Wanting to convert all nonbelievers, the Christians soon erected their churches on heathe grounds, walled off water sources (which used to be holy to them as well) and prohibiting the use of their own language. Just so you know, lanuage is part of shaping and sharing a culture’s perspective on life, on rules and knowledge and to keep it intact through the generations.

So the missionising wasn’t going too well, the heathens were not thrilled by this way too forward attitude. Then came along a lad named St Patrick. He was a Brit turned slave in Ireland turned escapee turned cleric in England. During his life in captivity, he learned to love Christianity and was so devoted to its cause that he wanted to spread the belief and hopped on a ship to Ireland, where he did some successful missionising (seeing the shared background of subjugation under British rule).

So you see I have mixed feelings about this celebration. I love the fact that it is such a huge celebration for the Irish and want to cheer along. If you’ve heard the cheer of the Irish and danced the Cèilidh on the street, you know it is hard but not to love the energy and sheer happiness the festivity exudes. However, the historical background always gives me a sour taste. But that’s all past and gone now, isn’t it? Christianity has become such a huge part of the Irish that the celebration is understandably this important. And it is basically a festival for everything Irish as well. 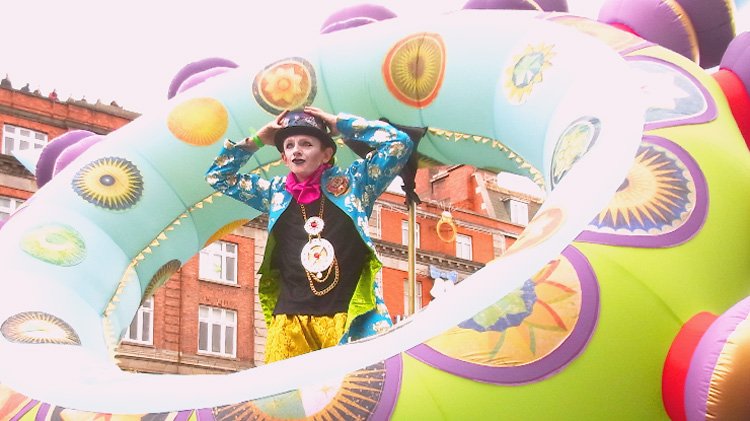 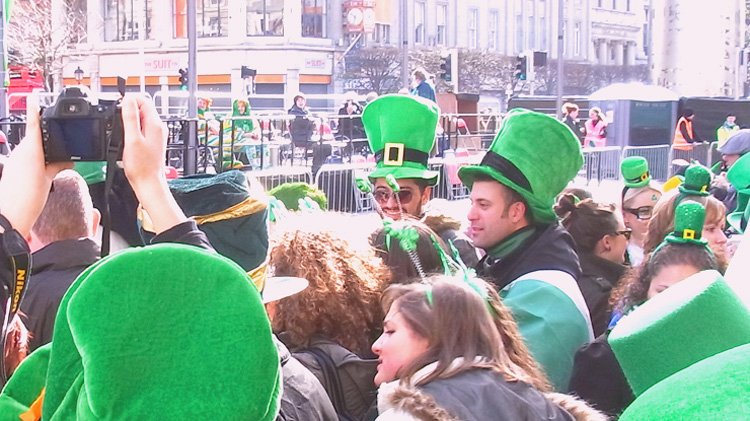 The Happening at the St Patricks Parade

But what is it that actually happens on St Patrick’s Day? The celebration already starts the day before when street artists and musicians gather in impromptu appearances, dressed in all kinds of funny costumes and encourage general gaiety! A general ceilidh is held – mostly for the tourist’s sake. Then, early next morning on the 17 March the university boat race commences and you can see Trinity lose every year. Or so I’ve been told.

Funnily enough, if you want to meet Irish locals to hang out in pubs with, you will have some difficulty because most of them flee the city. You will meet many tourists instead, but socialising is part of the fun anyway. So wear your green and show up early for the parade on the main street. It takes a couple of hours but is definitely worth seeing.

When I was there, the whole St Patricks Parade was like a visual poem about the depression represented by a black dog and the undying positivity of the Irish depicted by colourful dancers and flashy costumes. What happens afterwards is the obligatory pub crawl with lots of guiness and loud company. Everyone is friends on that day, but let’s face it. This could be said of every day in Ireland. Songs, booze and fun, the Irish are a friendly and happy bunch.

Tell me: Would you ever travel to see a St Patricks Parade? 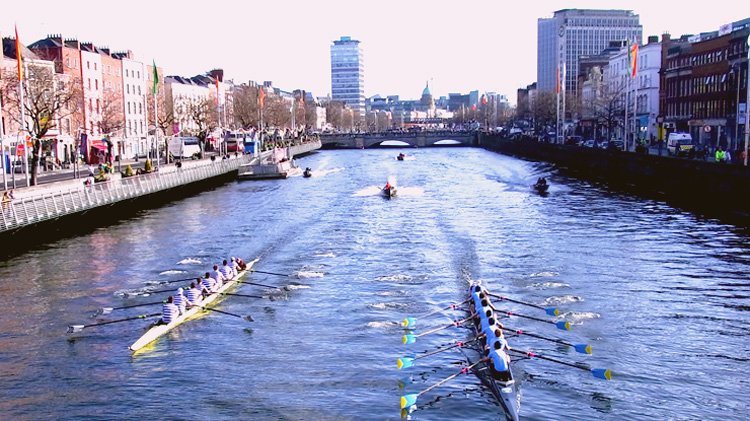 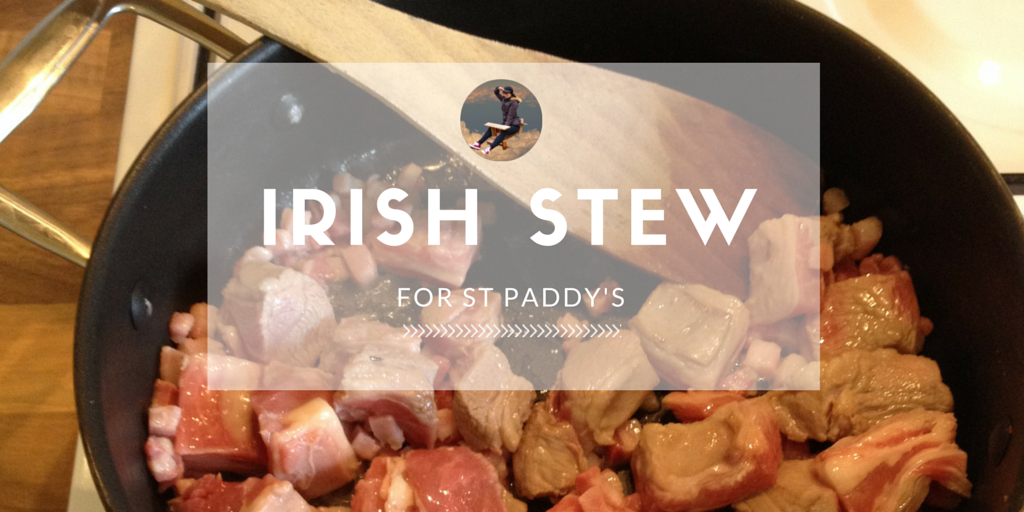 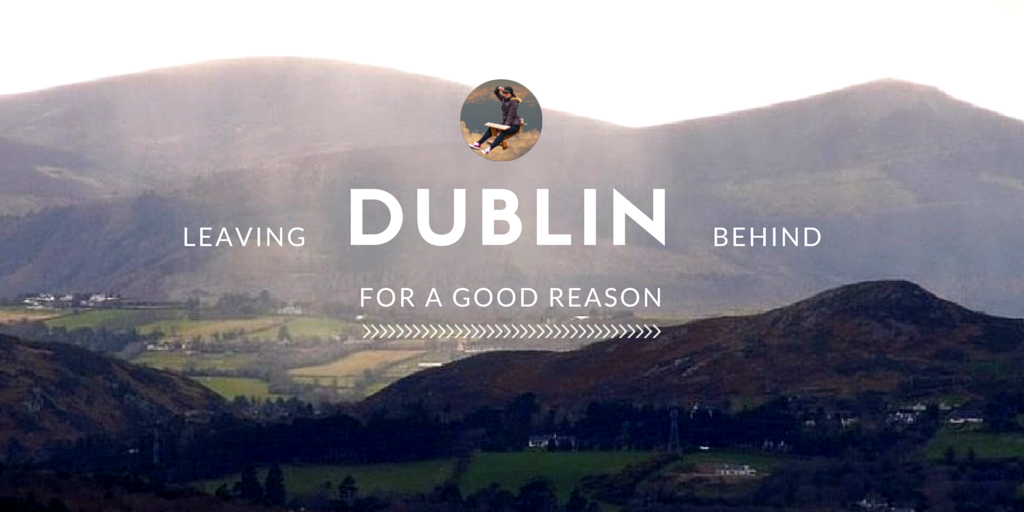 Leaving Dublin behind for a Good Reason 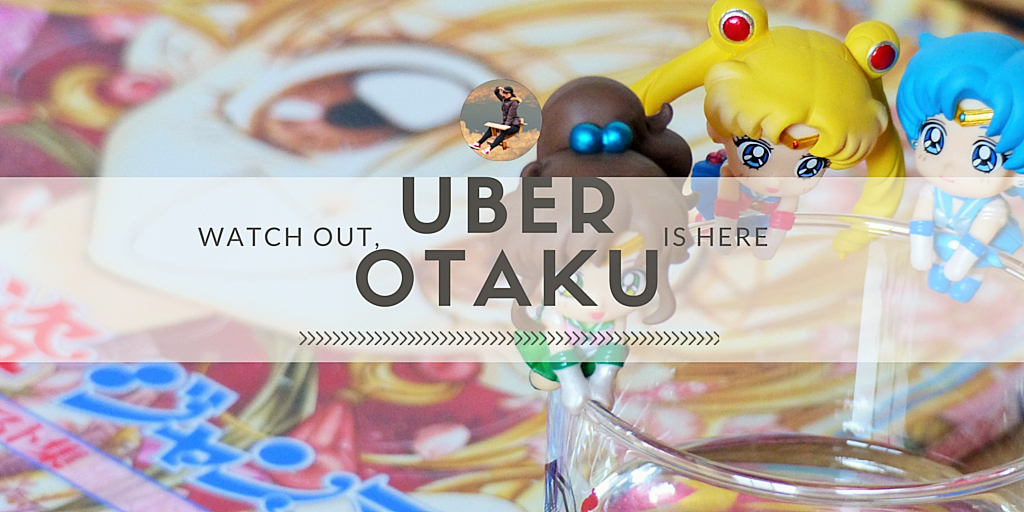 Watch out, the uber Otaku is Here