I am talking about me, of course. If you didn’t know, an *otaku is generally referred to as a super anime/manga fan (but don’t mention that to Japanese people because it means more of a weirdo dorky nerd person to them). Maybe it’s an old-school term, which might very well be true judging by the manga characters I instantly singled out in all the shops I could find and I was in Nakano Broadway. Trust me, there are lots. 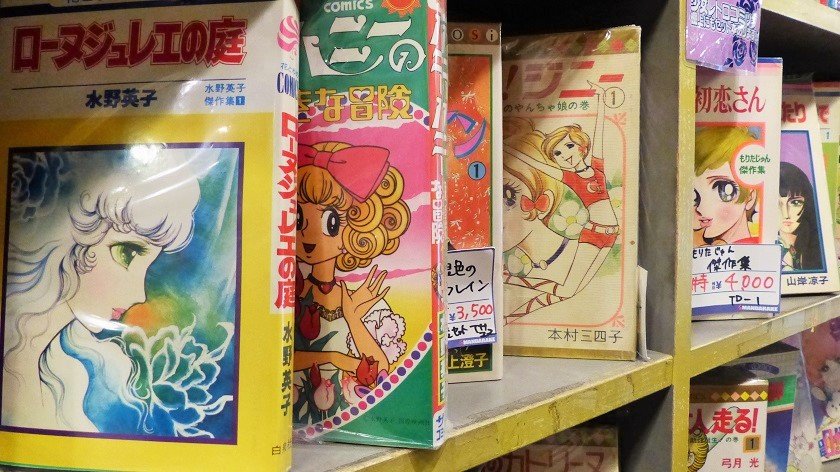 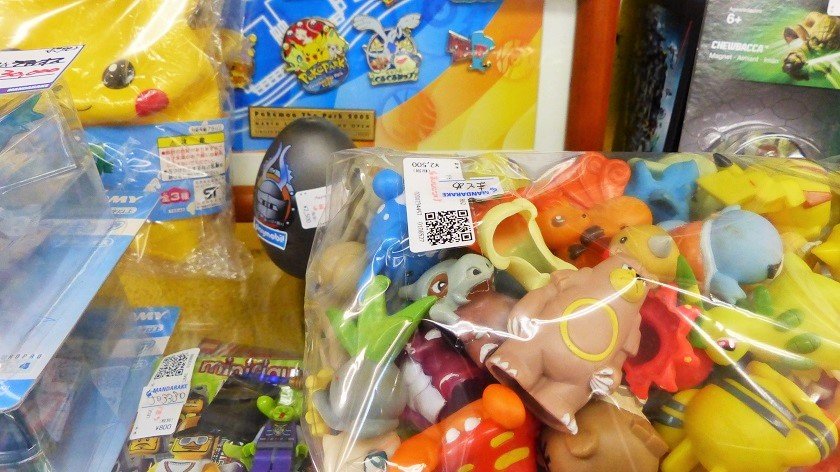 There’s no Stopping Me

Nakano basically is a mini Akihabara when it comes to all things manga and anime. I actually found it hard to find this shopping mall. The way to it through all the same looking backstreets and districts posed no problem but arrived in Nakano, everything was shops and vendors. Nobody knew what I was talking about until I dropped the golden words ‘manga’ and ‘anime’ and the penny dropped. I found the place that would empty my pockets.

The lower floor was way too normal for my taste, so I stocked up on green tea chocolate to sweeten it and headed up the stairs where I was met by shelves upon shelves of discounted mangas. The book store was my home for the next hour and I scoured through all the art books, looking for my favourite *mangakas’ works until I found what I didn’t knew I wanted. And bought it.

My backpack won’t like it. But pushing these thoughts aside and finally fulfilling my tween dreams, I went from shop to shop until I finally stood face to face to my childhood idols. Cheesy as it is, I just couldn’t turn away from all the Card Captor Sakuras and – most imporantly – Sailor Soldiers. Sweet fan delight. 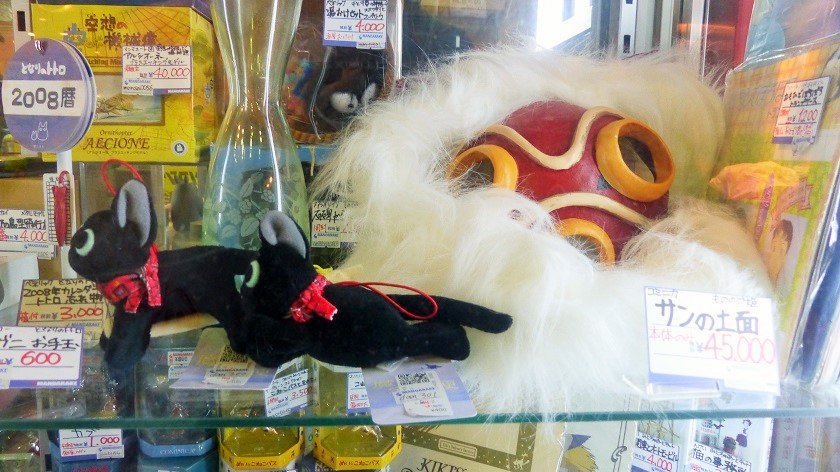 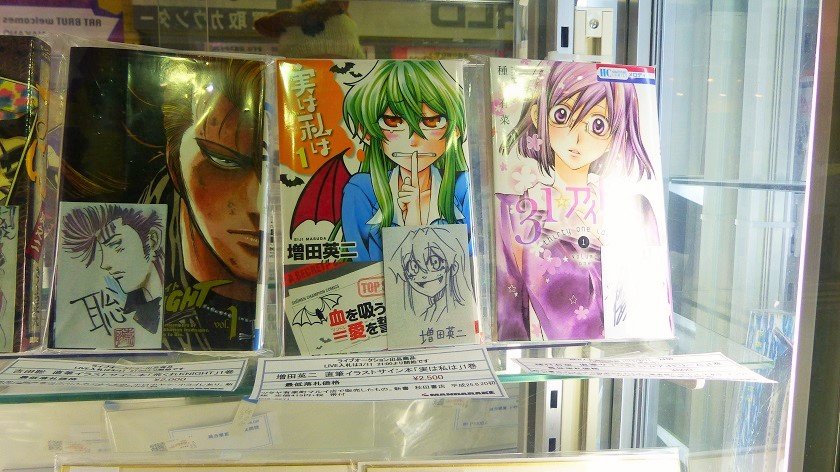 Emptying and Stuffing my Pockets at the Same Time

There were so many. Coincidentally I arrived during the celebration of Sailor Moon’s 20th anniversary with lots of new limited edition items being on the market and me right in there with some cash in my pockets. My pockets were empty soon and the cash invested for posterity.

[Editor’s note: Funnily enough, I was also present in Småland during Emil Lönneberga’s 50th anniversary. Am so lucky when it comes to fangirling and reliving kid’s dreams.]

[su_service title=”Read this, too! What You Should Know about Shopping in Japan and Korea” icon=”icon: plane” size=”42″][/su_service]

But before that I occupied the shop for at least another hour. Torn between all the amazingly cute *chibi figurines in all sizes and for all purposes. From key chains to decorative figures over to glass holders, there was just too much to take in. And did you know they revamped the series and manga series as well?! Well, I preferred the original look of the anime but the new manga look was so damn *kawaii.

And what I couldn’t get my head around was that the prices were actually reasonable – that is unless you wanted to buy literally everything. (Except One Piece. I don’t like One Piece.) For between 700 to 2000 YEN you could have a compact plastic chibi figure or a full fledged 14cm deco doll. And that did not only concern my fangirldom. 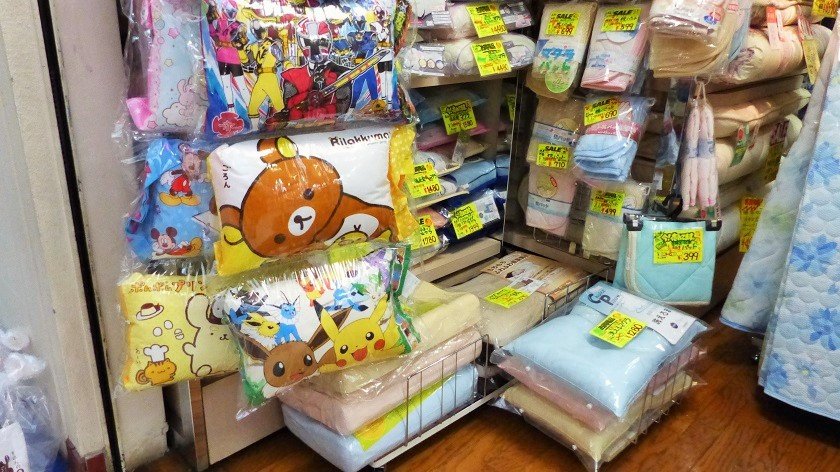 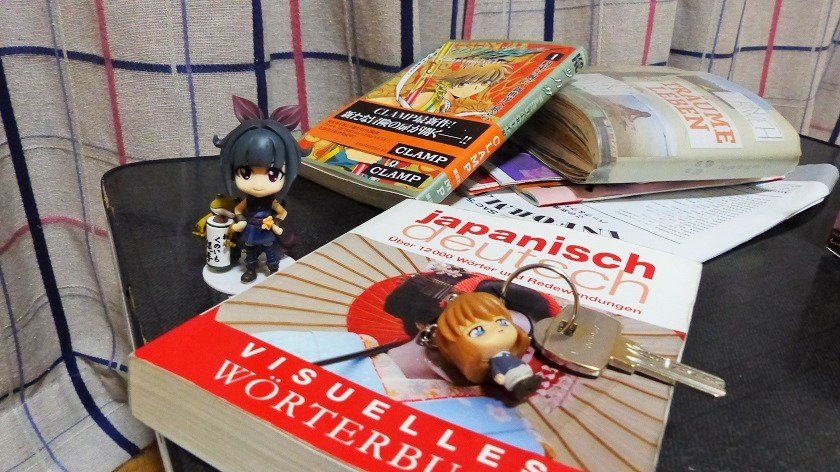 The Worlds Go on

I never knew you could get action figures from all kinds of films. Sure, scifi made sense to me and I missed Game of Thrones characters, but instead found Bruce Willis from Pulp Fiction, Indiana Jones and even Carrie. Carrie! Why not get hey-dude Hurley from Lost or even Katniss Everdeen? I particularly loved the Mario series that looked all pixley and retro. Naturally, there were lots of actual retro toys around (and I say toys because they were second hand and obviously played with, calm down).

But the Japanese love for cute and/or compact “playthings” wouldn’t be complete without broad sections of all things Disney. Be it Monsters Inc ranging from furry Sulleys to the tiny oysters from Alice in Wonderland, they surely knew how to please all kids and those who never grew up. What I found slightly strange were Mickey dolls that were painted as other Disney characters, such as Quasimodo, Bambi and Alice’s Cat. Why?!

[su_service title=”Read this, too! All over Wonderland – Falling Deeper and Deeper” icon=”icon: plane” size=”42″][/su_service]

So in my own very wonderly wonderland, I made some new discoveries and these surely will not be my last otaku moments. After all, Tokyo has other districts and a certain someone has scored a ticket for this weekend’s Anime Japan convention. Hold onto your seats because you will hear a lot more fan talk. But among us, be honest, are you not a fan of something yourself?

If you dare, share your fan wishes with me and I will highly encourage you. No one’s judging here. Aren’t we all a tad *baka? 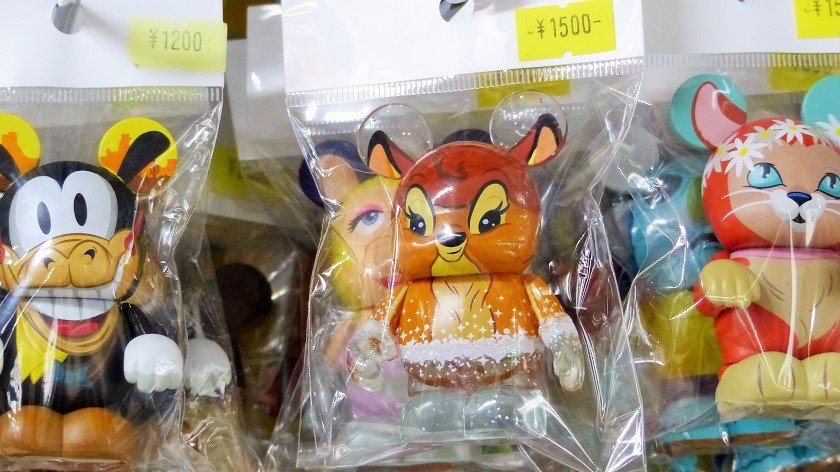 What to Eat in Narita and Nagano
What is Anime Japan like? At the Biggest Anime Convention in Tokyo