If you thought I was already done with Japanese food you were mightily wrong. There is so much to say about Japanese food, so much!!! And I thought, let’s start with a city that does not rank too high with first time tourists to Japan.

Where else do you find a major temple right next to a labyrinth of shopping arcades through which a whiff of mouth-watering scents is permeating? From miso heavy dishes, to specific meals like Hitsumabushi and delicious sweets, here are some of the best Nagoya foods. 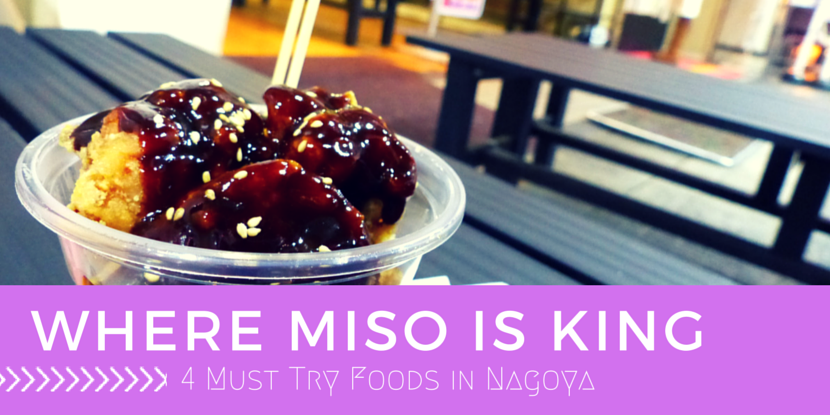 Miso and Nagoya go hand in hand. The citizens are infamous for apparently eating everything with miso paste. Everything? Well, at least they are so in love with it that many miso dishes originated from Nagoya.

First and foremost, there is miso katsu, a large pork cutlet that is breaded and deep-fried. It comes with a big portion of salty miso sauce. That, however, is the biggest impact on your tastebuds as the dish itself is rather plain.

A big one throughout Japan but here served with a lot of miso sauce on top, you can get the meatballs made from chicken on every corner. They are served in a cup and you eat them with a toothpick.

Crispy on the outside but super soft in the middle, they are actually really good. Much better than chicken nuggets, if you ask me. To get the right level of frying, the chicken is deep-fried twice, first on low and then on a higher temperature.

Eel is a meat that will follow you throughout Japan. An eel on rice I found pretty much everywhere but again, Nagoya has put its own spin on the classic. The eel is finely chopped before put on the rice and as a side you get wasabi, chopped leek or fine seaweed for extra flavour.

I’ve found out that you should enjoy the dish in three rounds. First, eaten plain. Then, with the side flavours and lastly with hot tea poured over it. This is called the “Chyazuke style”.

Sweet and sticky, that’s how you could describe uiro, a Japanese confectionary. It is made from rice or non-glutinous rice and sugar and steamed. Since we are talking Japan, the dessert is not just a plain sight for sore eyes but comes in different colours ranging from white, black, brown and green over to pink and even purple.

The colour and flavour comes from ingredients including black sugar (I didn’t know there was such a thing!), beans, green tea (who is surprised anymore?!), salted cherry leaves (especially during the sakura season) and chestnuts.

How is your appetite level now? High or low? Would you want to have a go at one or ore of these delicacies? 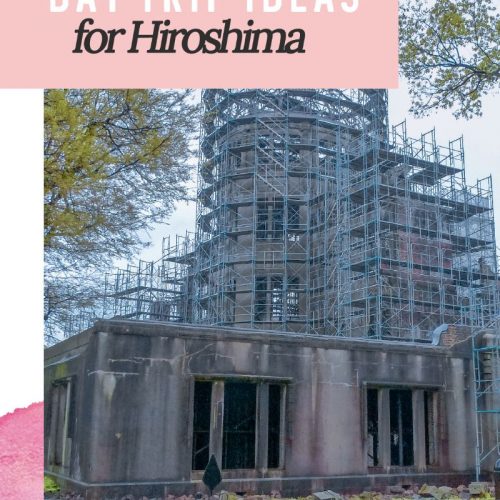 What to Do in Hiroshima in One Day (+ Miyajima Island) 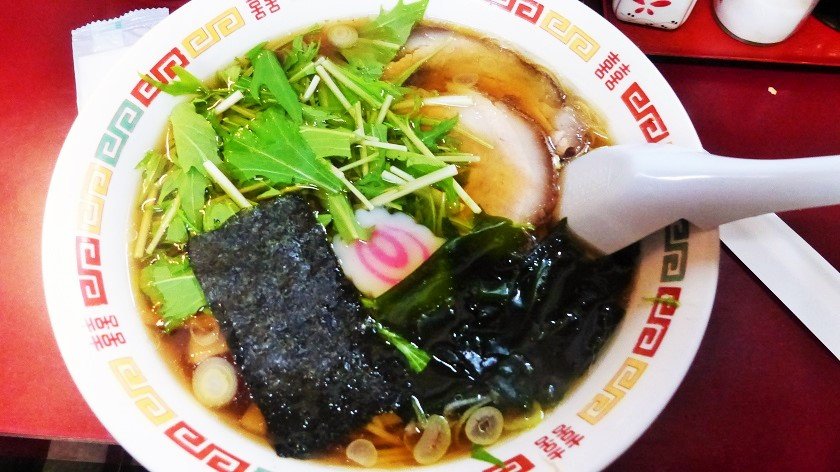 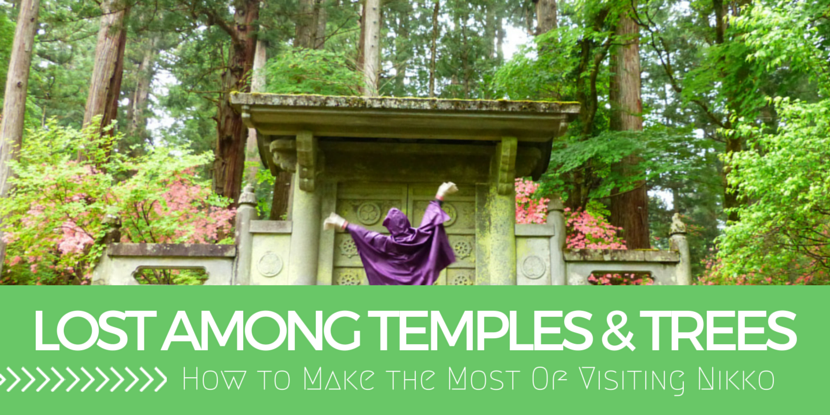 Temples and Trees – How to Make the Most of Visiting Nikko