I had lost my voice. Even so, I could not speak Romanian anyway. Essentially, I guess, it was all the same. That, at least, I mused when suddenly a woman walked up to me at the hospital, inquiring something of me in an earnest tone. I indicated that I was waiting and she was first in the queue. Most likely I waved too briskly because she looked me up and down in disdain. Instantly she fell to complaining about me to the reception lady. Oh dear. The patient receptionist clarifying I’m German didn’t pacify the upset woman much. So much for representing my country well when abroad…

The Awkward Silent One

It was fair enough, I must have seemed aloof and anti-social, standing silently in corners, shaking and nodding my head with an exaggerated smile, hoping that that would be enough to communicate. It was to no avail. My charades did nothing more than puzzle people. Me holding up quickly typed messages in my phone just enhanced the weird vibe I was emanating. People can only take so much weirdness at once.

At first I thought it wouldn’t be so terrible to not have a voice. After all, I have always been the quiet one. “The silent force in the back.” That’s how a lecturer once described me. On another note, from a romantic point of view, I pictured myself the Little Mermaid (Arielle, not Andersen’s tragic protagonist). Having lost my voice but looking all cute so people will come to my help. From a practical perspective, I could rest now that the #ExperienceBucharest event and with it the small talk, networking and friend making was over.

Since I travel solo, days can pass before I speak to another soul. In the beginning, I engaged in the typical hostel chitchat. How are you? Where are you from? Where have you been? But after such daily rituals for months on end, I had come up with invisible walls and countering tactics. Maybe I seemed asocial. Still, I was never rude. Even so, there were plenty of other people to engage with. You’re never truly alone when you travel by yourself or stay in a hostel, which can be both a blessing and a curse. 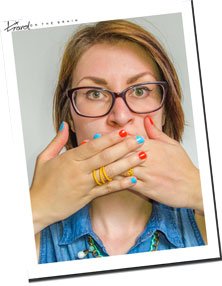 I had never much dwelled on how being all wrapped up in your alone bubble affected me. I am an introvert traveller and thus perfectly fine being by myself a lot of times. When I did meet people whom I especially liked and found interesting, I wouldn’t stop talking or asking questions about their journeys. Sometimes you just sync with people. Otherwise, I would just bottle up my experiences and channel them into my blog. Who needed to talk anyway?

Everyone does. (Remember the volleyball Wilson? Yes, people need people to talk to. Even if some people are volleyballs.) And I quickly realised in what situations I definitely needed to talk. Such as when I got lost and had to ask for the way. When I bought groceries and wanted to thank the clerk. When tourists walked up to me, asking questions. When people came into the hostel room, wanting to exchange simple greetings. I couldn’t do that anymore for the time being. How could I call a taxi if needed? I could not even scream in case of danger. I felt extremely helpless.

Wandering around the streets knowing that I could not talk at all was a very strange feeling. While landing in a country with a foreign language and no basic knowledge of it (due to spontaneous travel) can feel both exhilarating and a tad scary, knowing that you have to rely entirely on your own advance research, the patience of strangers and your own charade skills is somewhat scary.

Why could I not talk? 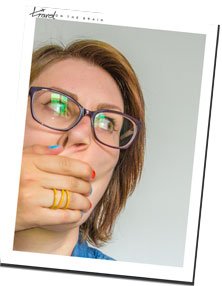 I developed a few coping tactics but decided to turn this mishap into an adventure. Not speaking for a week and still travelling with the help of strangers. That sounded like a bold plan. I was up for it! But how did I even get into such a situation where I had to turn a bad situation into an impromptu field research?

Well, the week before I was at a conference with five days full of schedules, meetups and trips. It was amazing and I met so many fabulous and inspiring fellow bloggers. Needles to say that this was exhausting despite the massive fun factor. Hence, it was also draining my health.

This together with a few other factors, such as a spreading virus, my own feeble immune system that wasn’t happy with a diet of instant noodles nor skipping breakfast for instagram action as well as my monthly blood loss soon caused me to stay in bed longer than I wanted to. And then my voice just stayed behind altogether. I tried pushing it, but we all know that’s not a good idea.

For a few more days I decided to just let it take its course, I refused to talk, instead communicating via my phone’s notepad or utilizing friends to order food for me in restaurants (special thanks to Jaclynn from The Occasional Traveller and Christina from Happy to Wander). That didn’t help. So I send myself to hospital. Yet again. I seem to be collecting hospital visits abroad like other people collect bungee jumps. To each their own.

How to Cope When Losing Your Voice Abroad

See the fun in this (it’s an adventure!)

So much for me, have YOU ever lost your voice? Maybe even while you were abroad? I would love to hear your stories and tips.