I was late to the party, as always. To my defense, I had scheduled my business trip to London rather last minute. Since I was on a trip around Bulgaria, my flight was so much cheaper if I came a few days in advance. So I did just that. I am a cheap flashpacker after all. But this time around, I didn’t just want to sightsee London. I had done that multiple times. No, what I had been craving were some sweet musicals. And cheap West End tickets. London is Europe’s musical capital. I knew what I had to do. (Well, I say so.)

Got no time to read? Tweet it or pin it for later. 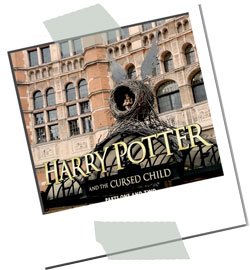 Because I am a massive Harry Potter fan (I even made Harry Potter videos) and still didn’t score any tickets to Harry Potter and the Cursed Child theatre play, I had signed up to a couple of newsletters in the hopes that somehow the stars would align and I would visit while new tickets were released. (There are a few releases throughout the year but it’s always around three months in advance.)

As an added bonus, I was alerted of new shows and deals. It’s also worth signing up to the individual theatres free mailing lists.

If you feel like treating yourself, you can bag specials including fancy dinners in combination with your West End tickets. I wanted to try my luck and see how low I could possibly get. The more musicals I could see, the better!

A great start is to check with different sites, such as LOVETheatre, TheatreMonkey and Time Out London (especially during no booking fees times). However, if you are lazy and want to save time, use a comparing site like comparetheatretickets.com.

Having the right timing

It’s common sense that during busy times of the year, such as holidays, bank holidays, festivities and high season, the ticket prices will skyrocket. Moreover, if you can arrange it, visit during the week as opposed to the weekend to get cheap West End tickets. 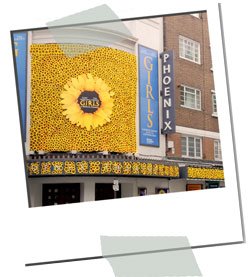 If you are the spontaneous type and are not dead-set on seeing a certain performance, rock up at the respective theatre and ask for remaining tickets. This way, I scored £25 tickets for Aladdin and Kinky Boots. What a great snatch of affordable West End tickets!!

Plus, I grilled the ticket seller on the best seats in that price category and that was such a tremendous help as they know the theatre by heart. To spare yourself running around, you could alternatively ask for discounted shows for the day at, TKTS, London’s “official” ticket booth.

For West End tickets the next day, check out Telegraph Tickets, Lastminute.com and Get into London Theatre.com. With the latter, you can even set your desired budget and see what plays fall into that category. Last but not least, to buy and sell theatre and musical tickets, visit StubHub. 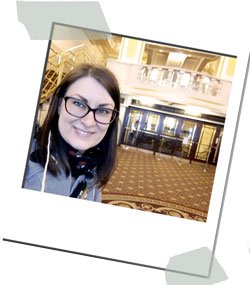 The cheapest seats will obviously be further away from the stage. Expect to be seated at the rear, but if you have to sit farther, why not have a great overlook? I recommend the Grand Circle, the upper level seating area. Still, make sure that you don’t get a restricted view, which means there might be railings or a pillar in your way. For this, check out TheatreMonkey’s Guide to the best seats.

Is It Easy to Get Cheap West End Tickets?

I would say there’s luck and flexibility involved in snatching great West End deals. However, with these tips and no special preference for the currently most sought after musicals, you can get great deals. Even for Hamilton I managed to get only a 40 GBP ticket! You jut gotta monitor the situation over a time. So even if you are backpacking London on a budget, this is a great way to save money AND have a a fabulous time.

For more tips on how to find great opera and ballet West End tickets, check out The Telegraph’s summary.

Have you ever scored cheap West End tickets? 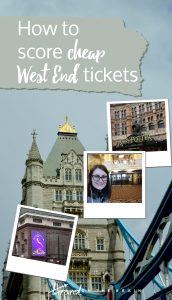 I would love to hear your success story of how you managed to get your West End tickets and for which show they were. I would be lying if I didn’t already plan my return to the West End. After all, I visited three musicals in three days and stayed in a penthouse in Fitzrovia. I practically didn’t want to leave London’s musical scene!

On Business in London? Where to Set Up Your #BossBabe Apartment
That Time I Almost Got Stranded on an Island in Croatia