“Wait, you’re saying that we’ll arrive half an hour after the last bus has left? How am I supposed to get to the other side of the island?” I was dumbfounded. She just shrug her head. Too bad that I was on a boat and couldn’t just go back. That’s what you call screwed. Was I doomed to be stranded on an island? 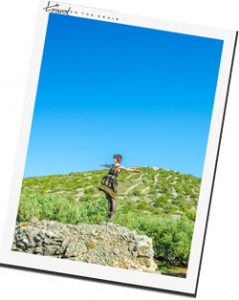 It had started out as such a great idea. Boating from pretty Split to scenic Hvar Island during sunset. Catching a night bus from Stari Grad to Hvar town, crashing in my cosy bed and getting up after sunrise to hike all the way back to the ferry. I’d dance among the purple lavender fields, on a wonderful high by the soft aroma in the air, sun on my head, smile on my face. That was my grand idea.

Granted, I had had many of those in the two hours before. Shortly after I arrived in Split during lunch time, I tried to make my lavender dreams come true. The receptionist wasn’t so hopeful. A quick Google check and subsequent phone calls revealed that no boats would return that day. That couldn’t be possible! Did people never leave the island?

Frantically, I rushed to the ferry ticket booth. At one counter, the boats left once daily, at 7:40 and returned only 12 hours later. That wasn’t an option if I wanted to catch my bus to Mostar the next day. So I inquired at the neighbouring booth. The next ferry was sold out. I had to take the night ferry and return over noon if I were to actually see something of Hvar AND catch my bus. 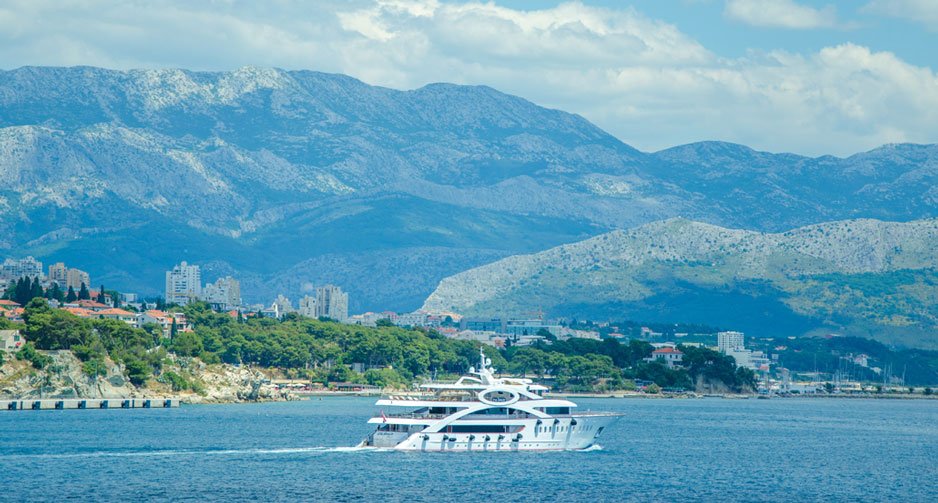 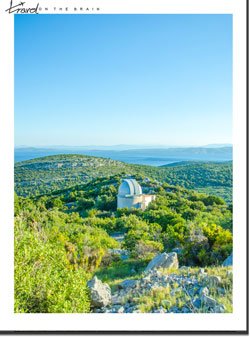 Too bad I had already booked a hostel in town. Or maybe that was good? A short two hour brainstorming session and a milkshake later I was resolved on storing my bags at hostel #1 (since I had to pay anyway) and sleeping in hostel #2 on the island. This way, I wouldn’t have to lug around a lot during my hikes either. Win!

The only trouble was that the ferry would arrive and leave in a town that was 30 minutes away from the nearest hostel. (I’m cheap and I had already paid a hostel I wouldn’t stay at, so I needed to watch my expenses and stay at another one.)

There was a bus connecting the two and I might just make it. To be extra safe, I asked at the tourist information and my hostel. My plans were met with confused looks but I got the green light. It sounded doable.

At the ferry, I was all excited to catch the sunset over Split, but we didn’t leave on time. The sun didn’t wait though. So all I got was the soft glow of fading reds in the distance while the town was turning black. Oh well.

From there it got worse. The ferry seemed to take an awful lot time, people got themselves dinner. That didn’t feel right. 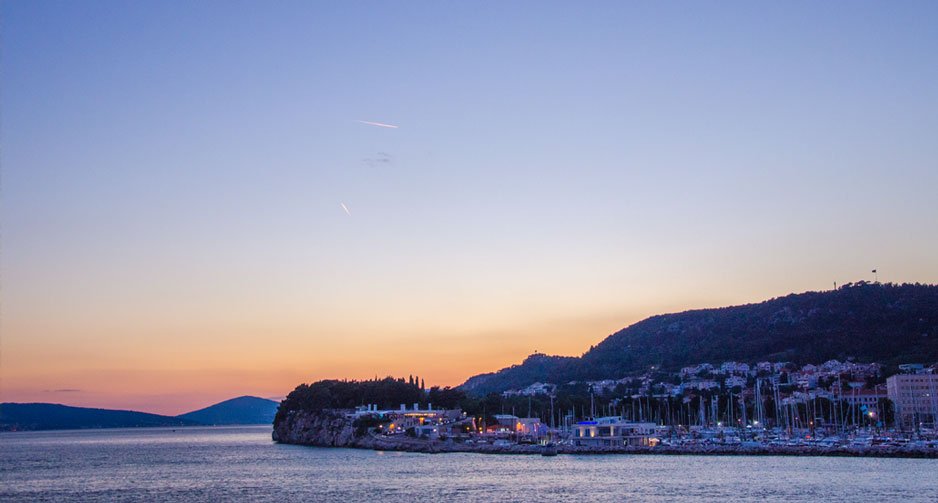 Stranded on Island After All 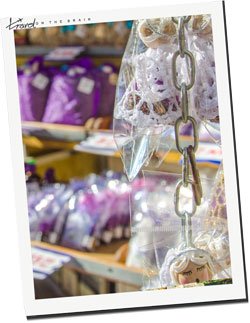 Didn’t the tourist information say that the boat would take only an hour whereas the speed boat took 30 minutes (or had I not remembered correctly)? I quickly tracked myself on my map app. We were only halfway along and an hour had already passed. Oh no. With a sinking feeling in my stomach I got up and paced about.

I couldn’t possibly DO anything. But knowing that I was screwed might be better than just THINKING I was but not being 100% sure. After all, you gotta know the facts to come up with solutions. So I asked the food lady. She took a quick glance at the clock and announced “13 minutes to go.” That would mean I’d just make it. Good. I tracked my GPS movements again. Altough it seemed that we picked up speed, the timing didn’t seem feasible. Did she actually say thirty minutes? Oh noooo.

Panicky, I plummeted down on a chair next to a lonely lady. She was calmly reading a book, oblivious to my world crumbling. Anew, my anxiety took over and I asked again. “The ferry takes two hours, so we’ll be there shortly before 10:30.” Wait a hot second. Two hours?! That was even worse! That would mean I’d miss both the bus AND my hostel check in. Well goodbye bed, hello park bench? That was scary. I said so. 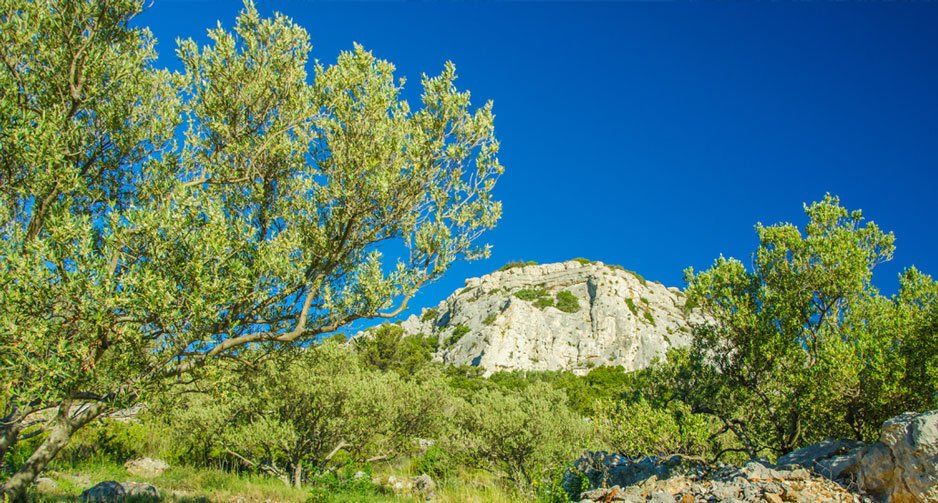 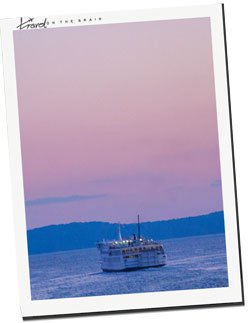 How am I gonna get to Hvar now?” She smiled and shrugged her shoulders. Clearly that was my problem. Triggered, I tried shifting the blame. “Why did they tell me the ferry is only an hour?” Puzzled, bit still not much fazed she inquired, “Who told you that? That’s for the speed boat.” Well, now I knew.

She resumed reading her book. I tried coming up with solutions. Nothing. A taxi would be expensive. BnBs might be closed already. Even pubs and bars wouldn’t stay open all night. Things looked bleak. “Where are you going?” I tried to rekindle the conversation, distracting myself from suppressing the panic. “To Hvar. My boyfriend is picking me up.”

One moment, did the boyfriend have a spare seat (and a kind heart)? “Well, I can ask him.” Please do. A minute later, I had secured a seat and the lady smiled kindly. Beep, her phone alerted her to a message. Her boyfriend took back his promise. He might not have a seat available. His boss was a taxi driver and the available seats fluctuated depending on tourist demands. 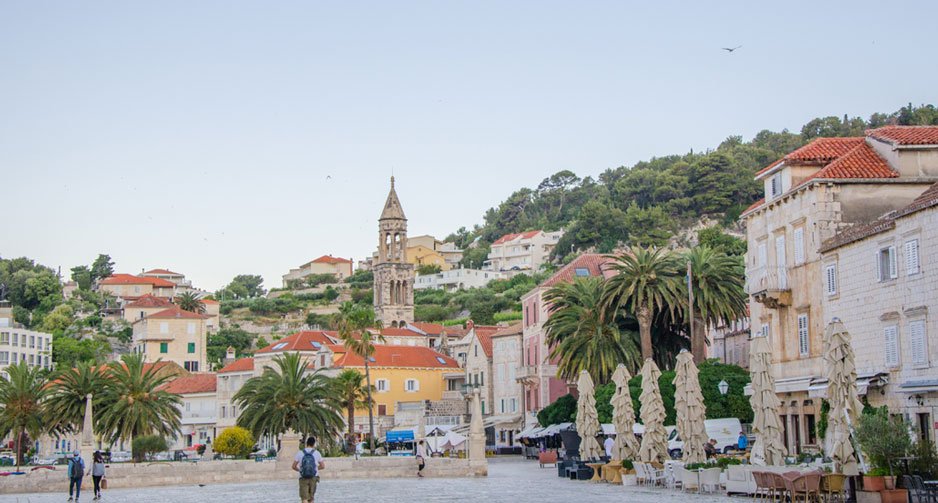 Worry is for the Planless 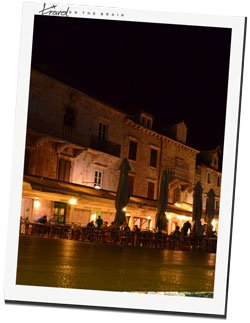 “Don’t worry,” she added. But I did. What if all the tourists on this packed ferry realised they needed a taxi across the island, too? I was a tourist and had demands, too! Angstily I scanned the crowd. Most people were families with kids. There certainly was no seat in the car for me. The tour groups I needn’t ask either. I returned to chitchat with the lone lady. If we became instant BFFs she couldn’t possibly leave me behind.

During our conversation I mentioned that I wasn’t only afraid of being left behind in Stari Grad but even if I made it to Hvar, I might end up in front of shut hostel doors. Where were 24h receptions when I needed them? “Here, call them.” She pushed her phone towards me. I dropped it out of excitement. Great. Thank the heavens for Gorilla glass. I was grateful that she still out up with me.

When the ferry came to a halt and I spotted the blue van instantly, a thousand chips fell off my shoulder. There was plenty of space for me and my anxiety (she likes to join me a lot). We drove through the winding mountain lanes at night with quaint villages illuminated by faint orange lights. We arrived in the Old Town of Hvar just in time for me to rush to the hostel and check in. All was well. Until the morning. Then I got (nearly) stranded on an island again. 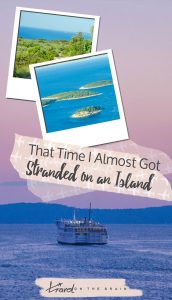 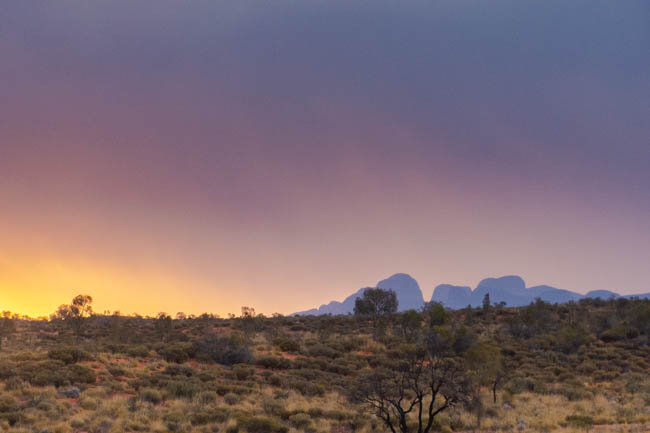