Time and again I am hearing people being worried about my safety. Don’t talk to strangers, always be sceptical and don’t trust people who want to give you something for free are along the lines of the words of advice I receive. It is all well meant but oftentimes voiced by those that don’t have an extensive travel background. And that is fine until you realise that yes, you have to be cautious and use your common sense but a general distrust and paranoia will not ony not get your very far it will make your holiday a terrible experience. 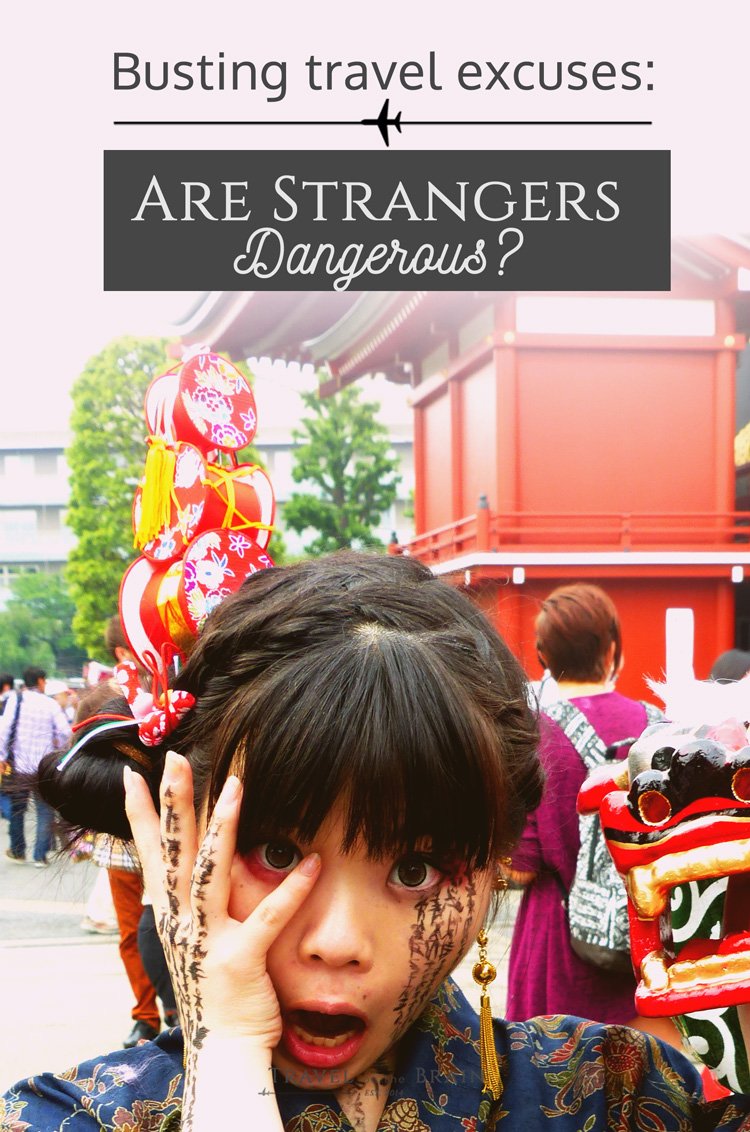 Just imagine yourself in a strange land with strange people that talk in a language you don’t understand and with habits that appear bizarre to you. Now if you get lost and someone offered to help, would you try to get by alone or take the plunge and accept if it feels ok? Would you prefer to be stranded in the middle of nowhere, facing a daunting hike of 3 hours back in the dark or accept the ride offered by a kind old lady? Even if you don’t need it, sometimes people just give. Withoutwanting anything in return. I have experienced it but to drive my message home, here are real life stories from awesome fellow travel ladies.

India to the Rescue

British by birth, American by naturalization, I am now living in Mumbai, India. In September of 2013, my husband was asked to visit Mumbai for a ‘few weeks’ to help on a project. Having never been to this part of the world we decided to make it an adventure for the two of us. I like to describe India as an assault on the senses. Let’s just say that my first impressions were not great. As it often happens with company projects, a few weeks turned into a few months and come February of 2014, I was well and truly ready to get back to my normal routine and the comfort of my own home. Being 5ft 8in and very pale, I tend to stand out and so being stared at each and every day was beginning to test my patience. Having watched too many negative documentaries about attitudes towards women in India I was always very guarded and my fight or flight mentality elevated.

But something changed in February to make me rethink. While out running I fell and hit my head against a parked car. My husband had run on ahead so I was on my own. Dazed and bleeding quite profusely, I was suddenly surrounded by a large group of locals. Without hesitation people came to my aid, I was offered water and given bandages. When my sweaty and rather surprised husband returned, we were given a ride back to our hotel. I am still humbled by the kindness I was shown and can only wonder if the same thing would have happened on the streets of London or Houston (my two hometowns) and if passersby would help in the same way?

Check out more travel stories by Sue on No Fixed Abode For Sue. 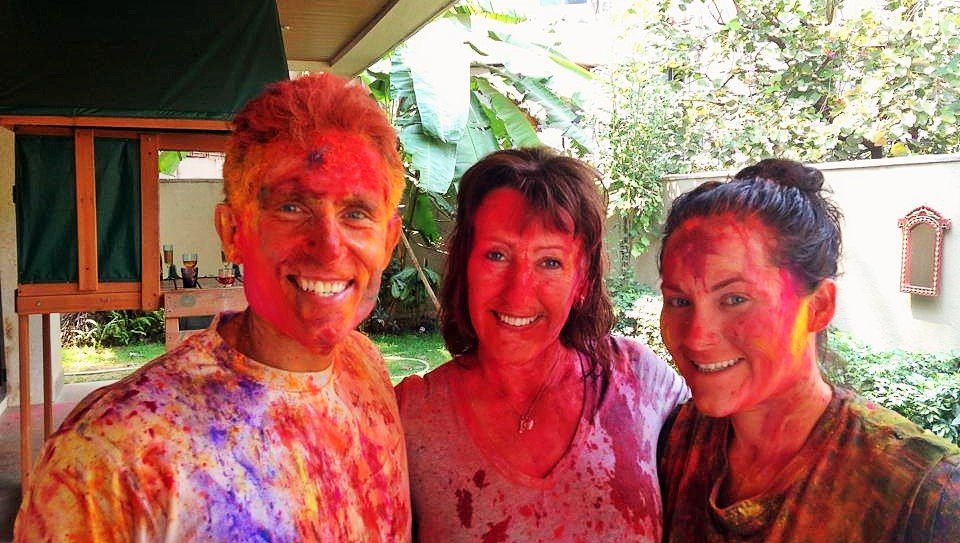 Finishing our journey down to the bottom of Kuramayama, we noticed a woman descending the slope in heels. Due to my lack of dexterity when exceeding the height of 5’7″ (that’s my height plus about 2 inches), I tried my best to ask her in Japanese whether she found it difficult to walk down the mountain in her shoes. She responded in English, and soon realizing she was completely fluent in the language, we continued in conversation until reaching the Eizan Line. Her name was Tomoko, from Osaka, and she spoke candidly about having lived in rural California for a time, wishing to someday return. She asked about our travels thus far and described what it meant to her spiritually visiting Kuramayama, something she does as often as possible.

As we began to part ways, she questioned how we would be returning to the city center of Kyoto, offering us a ride in her car back to our hotel. We accepted her generous offer, and she drove us the 9 miles back, sparing us from the transfers we would have had to make between rail stations, sharing details about the city we would have been lucky to hear from a tour guide, recommending we try okonomiyaki when we reach her hometown in the next leg of our journey. She spoke about her sister who runs a photography studio, and how she sometimes helps, having her sister take photos of her dressed as a geisha from time to time for fun, photos over which she and her friends laugh because of her age. She described her late husband and how his passing was difficult for her because he was the love of her life, her anecdote so heartfelt it nearly brought tears to my eyes. I will be forever grateful for the altruism and ingenuousness of a stranger, remembering her fondly when I think back on that day.”

You can read the full post by Brittney on Digital Gumdrop. 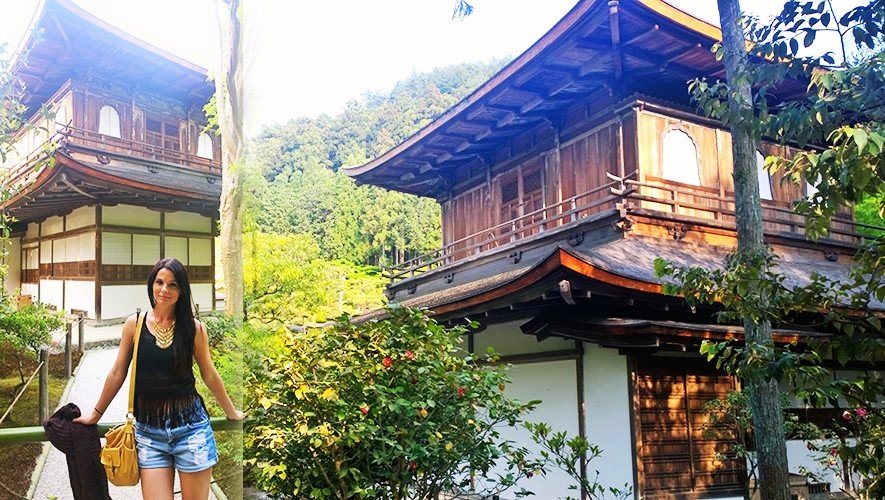 Before I travelled, I was worried about what could go wrong. I worried about getting robbed, attacked, and getting lost. I didn’t worry about accidents, as I am quite accident prone; and hey, that’s what travel insurance is for, right? I got lost a lot, but that didn’t worry me in the end. I didn’t get robbed or attacked, but I did have an accident. A nasty one, were I ended up in hospital, in Vietnam.

It all started when I decided it would be a good idea to hire a motorbike to do a 120 km round trip to a Mountain area, outside of Hoi An. You can tell how this one is going to go: Inexperienced bike rider, hires bike and falls off. Well, in my defence, I had been riding motorbikes in Asia for the past month and had covered over 600 km. However, all those journeys had been with other people.

This time I felt confident in going myself. I made it to where I needed to be, but on the way back, I struck a pothole,and got thrown off, with the bike landing on top of me. I was in the middle of nowhere. I was injured badly, and the bike was in pieces. Within about 2 minutes of it happening, a young girl, who was riding along the same stretch of road, ran to me, and picked the bike off me, helping me to my feet.

I was in shock, and hurt. I had no idea what to do, or where I was. My Vietnamese was limited and the young girl spoke little English, so we were getting by using a charades method. She managed to get a few others to my aid from the village along the way. Pretty soon, I was being helped out by a group of young boys. Who cleaned my wounds, got me cakes to help get sugar into my system, and drove me to the nearest medical clinic, where I was patched up enough to be driven back to my guesthouse and onto the hospital.

I was so overwhelmed by the help I received, and was thankful that the accident didn’t happen on a busy highway. This kind of event couldn’t really be planned for, and you shouldn’t think like this, when you plan to travel, but it is so wonderful to know that there is kindness all over the World. 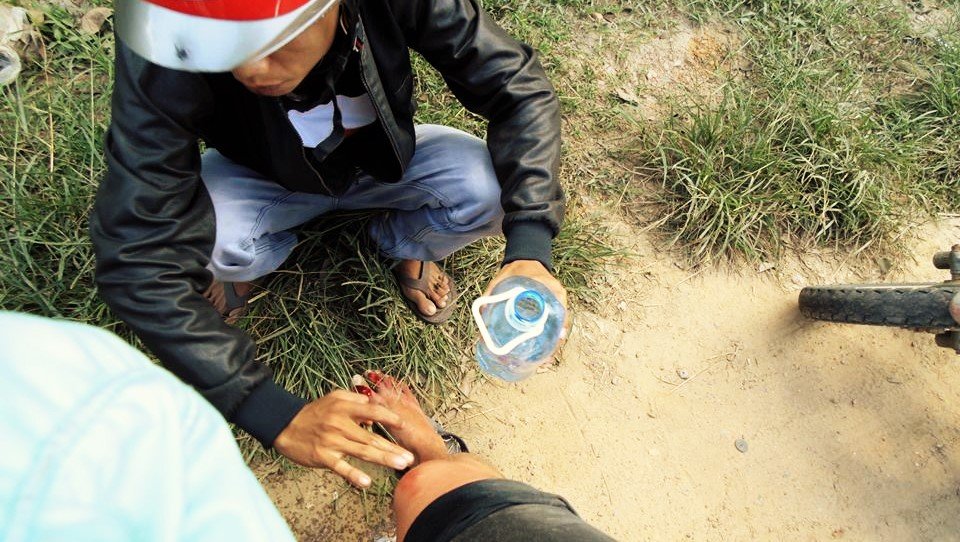 As I stood lost and confused in the middle of Hong Kong with no data and no cell reception, I wondered how I was going to get to my Airbnb. Then, out of nowhere, this old lady stopped with her husband and asked if I needed help with directions. She started talking to me, asking me where I was from, and then knowingly started guiding me towards the Airbnb apartment.
Once we got inside the building, she looked at the Airbnb description (which had no floor number or room number, only the room passcode) and then called the Airbnb tenant on her Samsung Galaxy, asking him for more details.

She made sure that I got to my room, took the time to explain some of the features (in Hong Kong, there’s a separate control for the water heater), took a successful selfie with me, and then invited me to breakfast tomorrow at her favorite restaurant nearby. Moments like these make me so incredibly grateful for the kindness of strangers. She was the best.

Heesun is half of the team behind the travel blog Me Want Travel and has lots more stories to share on it. 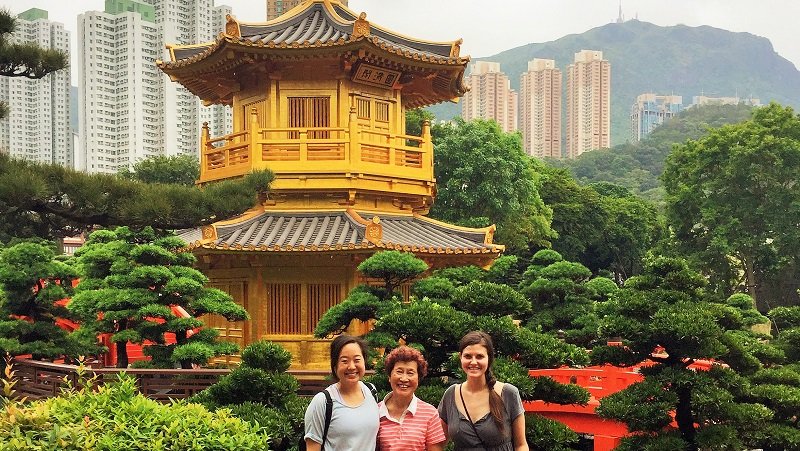 After my college graduation, my boyfriend, two friends and I spent one week backpacking Europe, followed by one week cruising the Mediterranean. All for celebration, of course! While enjoying some drinks and playing a board game one day at sea, a twelve year old German girl, Sarah, left her parent’s side to learn all about what we were doing.

She was enthralled with the fact that we traveled from New York State, explaining that her parents told her when she learned English well enough, she could go there herself. Let me just point out her English was not only impressive – it was probably better than mine! Here we were, living our dream of seeing Germany and this brave little girl comes up to these American ‘big kids’ to practice speaking English, all in the hopes to travel the world herself one day.

She was a reminder to be open to anyone you meet, whether you’re in your home town or in a foreign town. Because that stranger in your home town could have been dreaming of being there her whole life, and one conversation of kindness can make anyone realize it is worth it to travel. Keep your 12 year old spirit alive, no matter your age!

Check out more of Maggie’s travel adventures on Cheers to Adventure. 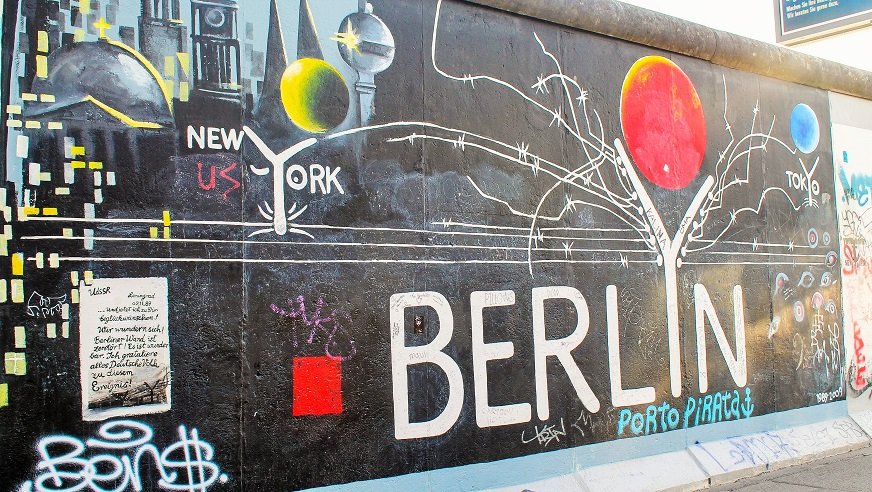 I am truly impressed by all these stories of general kindness by strangers and always taken by surprise when they happen to me. Sure, bad things happen to, you meet untrustworthy people but overall, the kindness outweighs the bad. What are your experiences with strangers during your travels and holidays?

All horizontal images undernreath the individual stories are kindly provided by each contributor.