When TUI invited me on their all-expenses paid for press trip to experience a short Gran Canaria holiday, I was super excited; I would finally see Gran Canaria, meet fellow bloggers and journalists and experience all that TUI has to offer for sunny getaway seekers.

But then I wasn’t sure if it would suit me. I am all about independent travel, with a tour here and there for comfort and local insights (I love bombarding the guides with questions).

If I stayed at a fancy hotel by a fancy beach walks on an island which sees its incoming tourist numbers spike year after year (as we speak, new hotels are being built), would my adventure itch act up or could I happily give in to a touristy relax, shop and pool hop travel style?

Turns out, I needn’t have worried. I could have a Gran Canaria holiday feel and still be an adventurer.

**** This post came to be through a sponsored press trip with Tui and Riu Hotels. ****

Treat Yourself on a Gran Canaria holiday

Yes, Gran Canaria is slowly but surely becoming the latest travel hot spot for Europeans searching for an affordable and convenient island getaway. Especially when the weather turns cold, people from the European continent flock to the warmer climates on the Canary Islands.

I usually do the opposite – more involuntarily than purposefully – but this time, I wanted to soak up the sun and escape the dreary November weather. If you have ever been to Germany in November, you know what I am talking about: constantly overcast skies, chilly breezes and lots of rain.

Already in the airport, I could no longer subdue my anticipation and changed into a sun dress, which I specifically bought in the hopes of experiencing summer one more time this year (one can hope).

It was well worth it! The temperatures had picked up especially for this day and were around 24°C (75.2 F), the wind was mild and the sun was hugging my frosty nose (airplane air conditioning is not my friend).

Minutes later, we were whisked away in our tour bus, cruising along the coastline and towards our hotel in the south. Maspalomas is the place for tourists to be.

Giant hotel complexes, shiny shopping promenades and restaurants galore. But instead of heading out straightaway, I was just really pleased with having a big hotel room all by myself and took my sweet time hanging up each clothing item on its individual hanger. I rarely get to do that, living out of a backpack. Appreciate #thelittlethings.

Freshly energized on the macaroons that had been waiting for me in front of my balcony underneath palm trees at my five-star Riu Palace, I ran out just in time to catch the sun set over the pool with an ocean view.

This was too good not to take a touristy selfie and I handed over my camera to an elderly couple who were clearly mesmerized by all the buttons on the gadget.

In the end, the lady was caught in the thrill of the photo taking and had a hard time stopping the snapping. Making friends is easy when you’re on the road again, I tell ya!

I had no clue in which direction I was supposed to go but I didn’t mind. It was a warm sunny island, the waves were crushing at the shore beneath my feet, the palms were swaying in the wind and I was in adventure mode. I just started walking, that never failed me.

Overdoing the planning and squeezing in sight after sight is wearisome. This time, I was bent on doing things a little differently than the regular Gran Canaria tourist.

That surely was true when everyone I met seemed to walk in the opposite direction. I found myself standing on a deserted beach. Black pebbles, still wet from the retreating tide, were reflecting the radiant red that were tinting the horizon.

The sun was slowly cloaking itself in padded clouds and throwing its beams into the ocean. It was magical. And I had the beach to myself.

But I wanted more and I wanted away. So I hopped into a tour that lead into the heartland of the country and I had no clear idea of what to expect.

Sure, there would be mountains and we would see the famous cave homes, but what did it mean? Within half an hour, I found out. It was Gran Canaria like many tourists would not experience it and left me in a rapture.

Gone were the houses and instead of hotels, mountain slopes and fir trees rose around us. The winding roads took us on a true rollercoaster road trip up and down the rugged landscape.

We were looking a valley unfold beneath our feet and steep mountain pillars poking into the misty skies. Grey and dark green were the colours of the island and far and wide the view.

Did you know that geographically speaking, the Spanish island actually belongs to Africa? During my drives all over the countryside, I sometimes francied myself to be able to see that. Low bushes, red sands, landscapes so vast and uneven as if formed by clumsy giants going for a casual walk.

Gran Canaria doesn’t have that much rain (in fact, there are 2,805 hours of sun year round). Still, when it does, it proves how much of a force it can be.

Mary of waters make an onslaught of the coastal towns and occasionally can do a lot of damage. Now it made sense to me having seen all these empty riverbeds with line besides before.

But even in the middle of nowhere there is human life (no giants, though) and so we stopped by one of Spain’s prettiest villages – a title well deserved. It looked like a little Greek village placed far from the sea.

Pink bougainvilleas exploded with colour around the white-washed houses that were dotted with red balconies and green doors. It was a picture-perfect place to be!

Off the Beaten Path during Your Gran Canaria Holiday

Along the way, we stopped by quaint villages for coffee and tea breaks (and to feast on local bread and pastries) and halted by a few of Gran Canaria’s water reservoirs that provide the island with drinking water.

Of course, we didn’t leave out the cave homes, which maintain a constant cool temperature and are quite cosy. Fun fact: there are no wardrobes; this is because clothes are stored underneath the beds.

To get the real feel for living under a rock (literally), we even dined inside a cave in the local Restaurante Grill. From there we had a nice view over the north coast as by now we had beelined our way through the island and up north as we wanted to see the small coastal village El Pagador.

Square yellow and orange houses seemed to fight for attention just above the ocean-beaten rocks and were quite the sight to behold.

A few metres from where I was standing, elderly locals had propped up their beach parasols. They were playing board games, a common pastime, so I was told.

And a little onwards, idly lounging on the rocks, men were throwing out their fishing rods into the sea and patiently gazing out into the waves. It was the picture of tranquility and a perfect example of a different pace of life.

Calm and without hurry, a place to easily escape to and forget your daily grind. This is why a Gran Canaria holiday is ideal! (Plus, it also helps that you are treated like royalty at your hotel.)

Food to try: Garlic mayonnaise with fresh bread for starters, goat cheese, papas arrugadas (tiny whole potatoes with a salt crust) with spiced mojos (sauces), fruits of the sea/fish. For true local food, try pastries such as marzipan pralines from Tejeda and meringues from Moya.

Should You Have a Gran Canaria Holiday?

Gran Canaria definitely has so much to offer. It doesn’t matter if you just want your all-inclusive pool lounging holiday or actually want to experience nature and national parks.

You get beaches, hikes (take a bus up to the local villages or rent a car) and plenty of food. And there are plenty of destinations and advice on the Canary Islands to gleam for your future trip!

Special tip for Maspalomas: Head to the dunes before sunset. Then, wrap yourself up in the deep colours that spread over the sky and the darkness that falls around you. Just don’t forget to bring a flashlight or charged phone if you stay too long. It can get dark quickly. 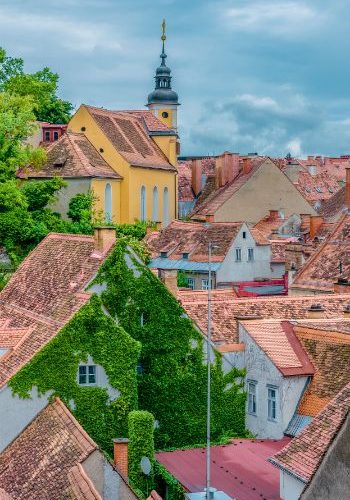 10 reasons why Graz is the most beautiful place in Austria 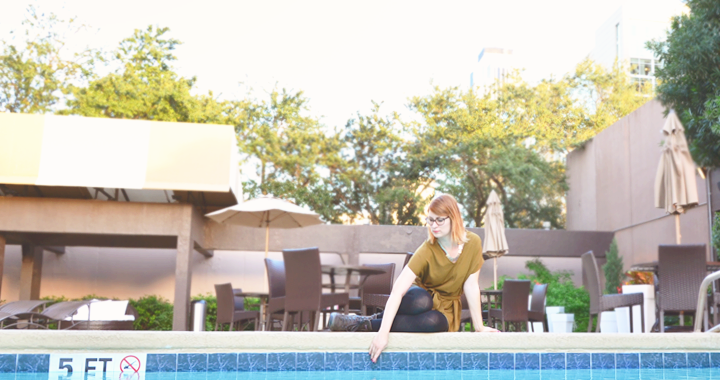 DoubleTree Suites by Hilton Houston as My Dream Office 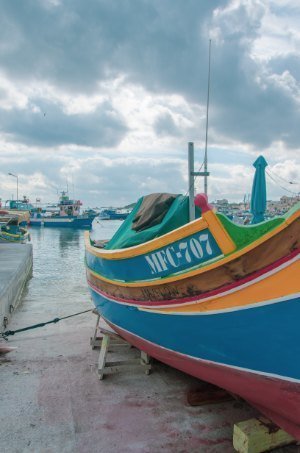 How to Plan a Day Trip to Marsaxlokk Market