I tried to keep an open mind when I sat myself in the car to be driven for 2 hours to the Aquila Private Game Reserve to go on my first ever African safari. I tried not picturing roaring lions, zebras running next to me and someone in the distance singing Hakuna Matata. But it was even better than that! 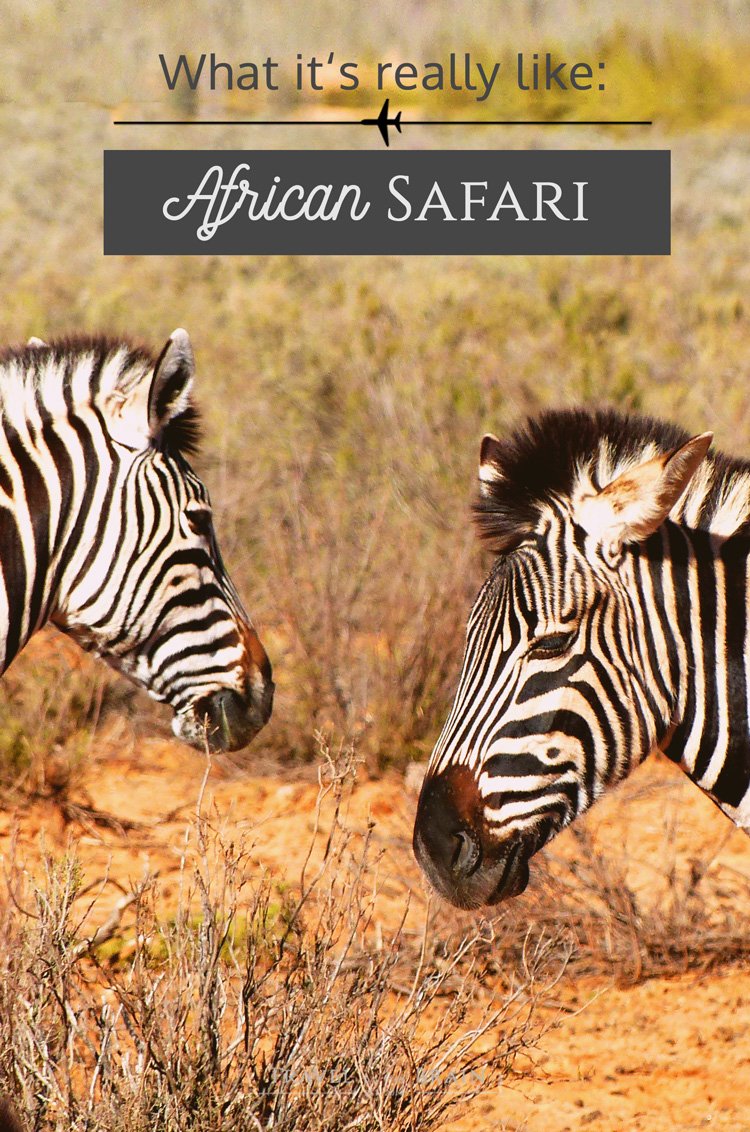 Feast for the Senses

I was woken up by my African Welcome Safaris driver and lead to a breakfast buffet that could seriously have been served as any other main meal and I wouldn’t have known the difference. It was foodietastic.

Waffles, potato pancakes, yogurt, porridge and even salad, there was plenty of opportunity to feast on and gain lots of energy, which I would need for my happy snapping and being excited to no end later. You won’t believe how much energy that takes.

Some proud African Safari-goer photos were taken and off we went in our safari vehicle. We made it as far as the other side of the road… because that is where the conservation area was for old or hurt animals.

The area of Aquila is absolutely huge and the wild animals can roam freely in this park but every now and then poachers still make it here and so those animals need to be looked after. The first ‘native’ we saw lying with a gaping mouth, immovable as a stone next to a little pond. You have probably guessed right, it was a crocodile. And unlike the freshies in Australia, each and every croc in Africa won’t think twice about taking a bite out of you. Good to know.

With that knowledge I moved on to the next area where we were able to spot cheetahs, leopards and a lioness lazily dosing away, who was checking her surrounding every now and then but basically just enjoying her pensioner’s life as she and her ‘husband’ were too old to be kept in the wild with the others.

The lion we didn’t see but as it turns out when I checked my photos later, he was directly next to her. Good thing I have such a good zoom and lucky photo aim. These two lions, however, would be the only ones we would see that day, which I thought was a pity. We then saw a sleeping leopard before we got on the vehicle again. This time into the wild! 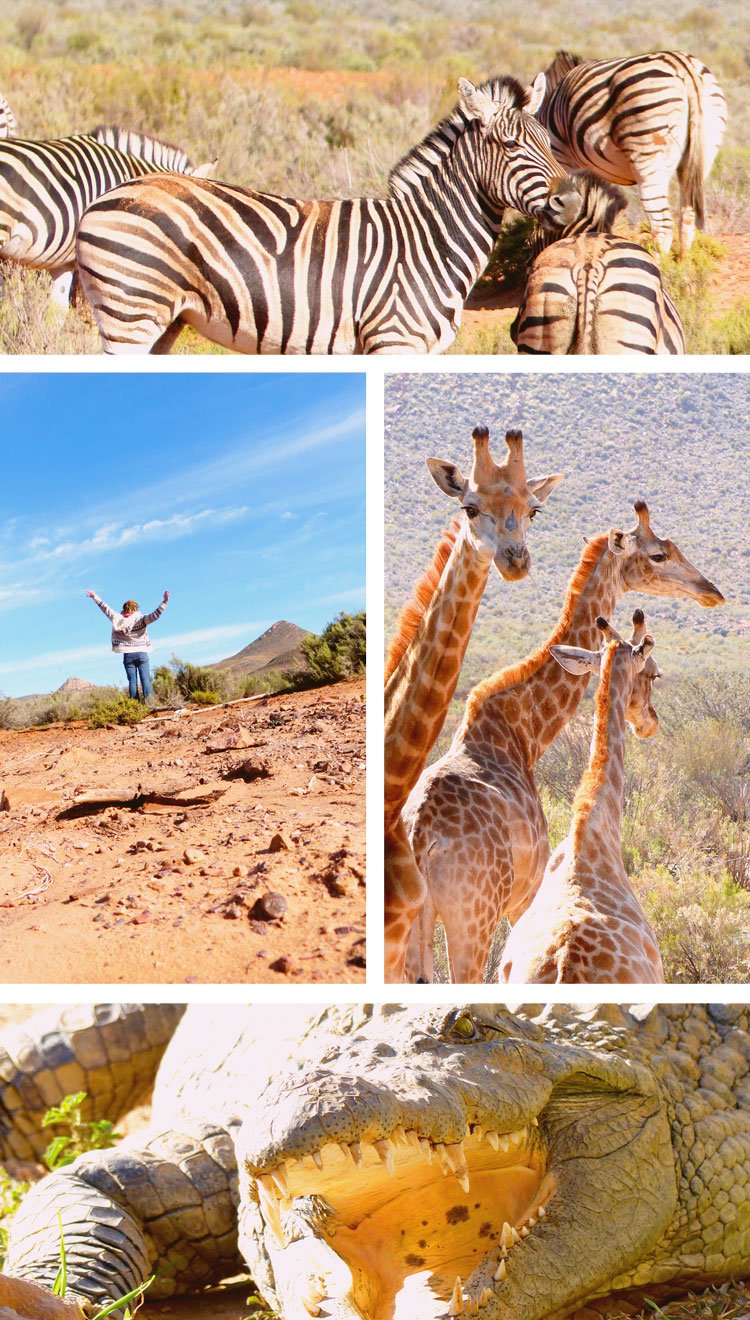 And off we Go on African Safari!

Our first spotting came just after we entered the wildlife area. A couple of buffalos were busy searching the sand for food, ignoring the green bushes not far away but making an even better picture by standing in front of the lake and the rolling hills in the distance.

And speaking of rolling hills, a lone elephant was making its way through them and towards us, which caused sheer excitement among everyone. We had to tone it down, however, as our tour guide quickly informed us that we could not go any closer as buffalos were the most dangerous animals in the area and thus not to be provoked.

Fair enough, and so we drove closer to another elephant instead. He wasn’t too pleased and changed his direction slightly so we could still see him in all his glory but not pester him too much. This is what I love about wildlife parks, animals their freedom and don’t need to be gawked at by tourists, trapped behind bars and high stone fences.

African Safari all the way! And hearing about the acres lions and their fellow park mates were roaming, it just made the concept of zoo seem all the more cruel and alien.

Next up were different kinds of antelopes as well as the national animal, the springbok but what I enjoyed much more than those grazing graces was the herd of zebra that had set “camp” next to 4 rhinoceros. What a sight!

Tricoloured zebras and a grey rhino! This is something you don’t expect to see and I was all the more happy. We even got pretty close to both animals and were instantly informed about the 3 levels of closeness one can have to a rhino.

The first being the alarming state, where you are suspiciously eyed, the second one is the warning, where you are walking on thin ice and the last one is the one were you won’t even have time enough to write a testament as a rhino can speed up to 50km/h in 6 seconds. 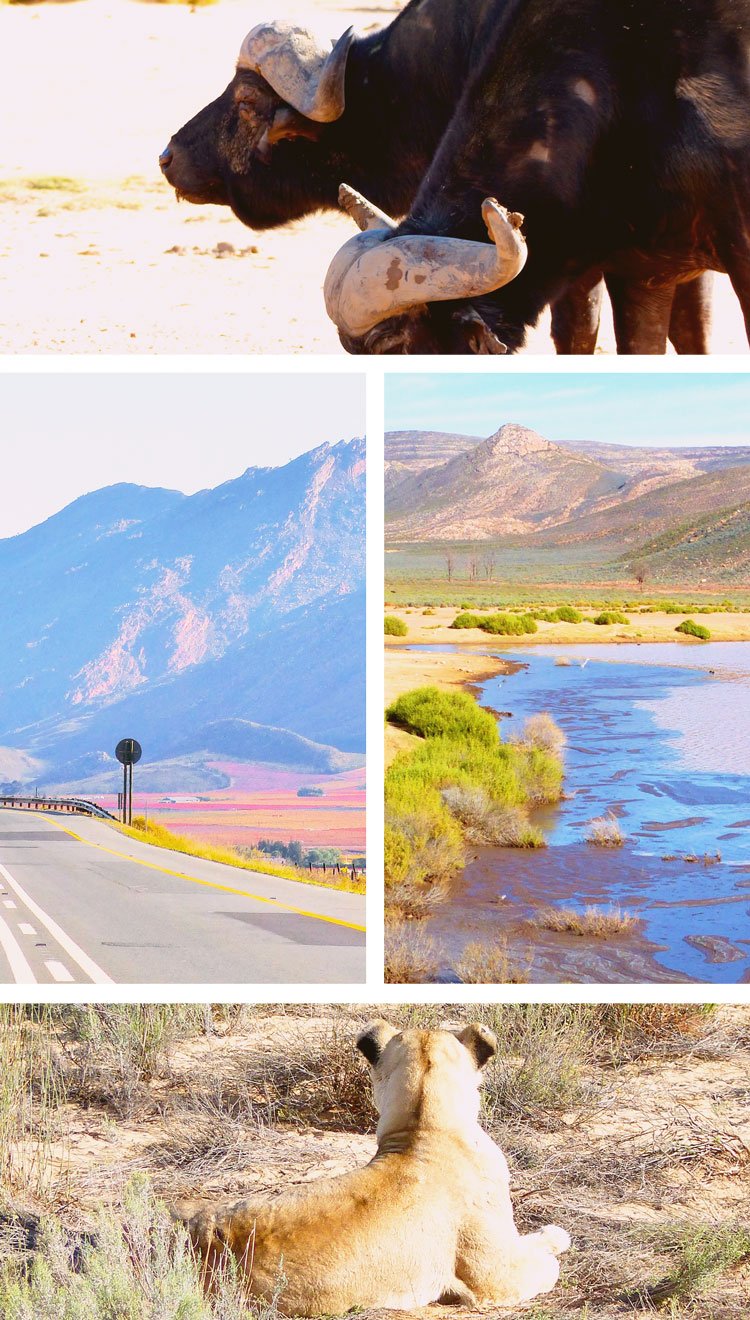 As a little treat by Aquila, we took a small break underneath a collection of gumtrees and had some bubbly to go with. Well the others did, I had bubbly water, which is pretty similar, if you ask me. (I know you would disagree.)

That was not it, though, and so we toured around some more, spotting elands, more antelopes, yet another elephant. The private game reserve is a great area to spot animals and is not that far away from Cape Town either. Other bigger safaris are hours away and closer to the country border, so this one is perfect.

Although it is not that far away, staying overnight would seriously be nice. I could not do so because of recent floodings. But despite this, the guest houses and every area didn’t show it at all. It’s crazy how good and fast a cleaning job Aquila did.

I had a little peep into the different guest rooms, or houses more like. Depending on your budget you can have your own little stilted house with a bathroom entirely out of posh black stones and a balcony overlooking the reserve.

But even if you go ”cheaper” and rent one of the 10 people mini houses, you will always get an outdoors shower, fireplace, big beds and all that with wonderful interior decoration a la modern safari style and additional animal sighting at dusk.

No need to walk, the animals come right to the fence. That is the ultimate safari experience. And did I mention the food? The lunch I had was even better than breakfast and I basically had to roll to the car as I was so full. Can’t even imagine what dinner would look like.

Things You Should Be Prepared for

I am far from an African Safari expert and definitely need to do a couple more (all research, you see) but I already have some insights for you for when you go on your very first safari. Number one is to be prepared for the weather.

With Aquila, the temperatures are usually a tad chillier than in Cape Town, so I wore warm layers, a light scarf and even woolly gloves and hat. The last two were unnecessary but the scarf was vital. Not only was it windy but riding in an open vehicle, your throat gets cold easily and didn’t want a sore neck.

A handy thing to pack are binoculars as they will allow you to search for some distant animals yourself and privately engage in a little competition with the tour guide. I had a decent camera zoom and was fine with that but that is, of course, not the same.

In line with this, you should be aware that animal spotting is much harder than in zoos and even though the rangers are well trained to locate animals, they sometimes hide too well or are too far from the car tracks, so don’t get disappointed. You are in the unpredictable wild!

Speaking of which, please use your common sense and don’t lean out of the car to take photos or wildly point at things. Aquila is a pretty safe safari area, where you can even go horseback riding and quad biking as the lions live in a special fenced in area. All in all though, it truly is an experience worthy of any South Africa bucketlist.

However, if you do end up going somewhere else, such as the Kruger Park, adhere to the guide’s rules. At all times. And keep the windows up. Just before I arrived in South Africa a tourist didn’t do that and was quickly devoured by a lion who saw her scrolling down the window as an open invitation.

Tell me: Is going on an African Safari on your bucketlist?

A big thank you to both African Welcome Safaris and Aquila Private Game Reserve for having me as a guest on their safari tour.

What to wear on safari in Africa: safari packing list
Cape Town Tips You Need to Know Before Visiting
The Cape Point Tour You Cannot Miss 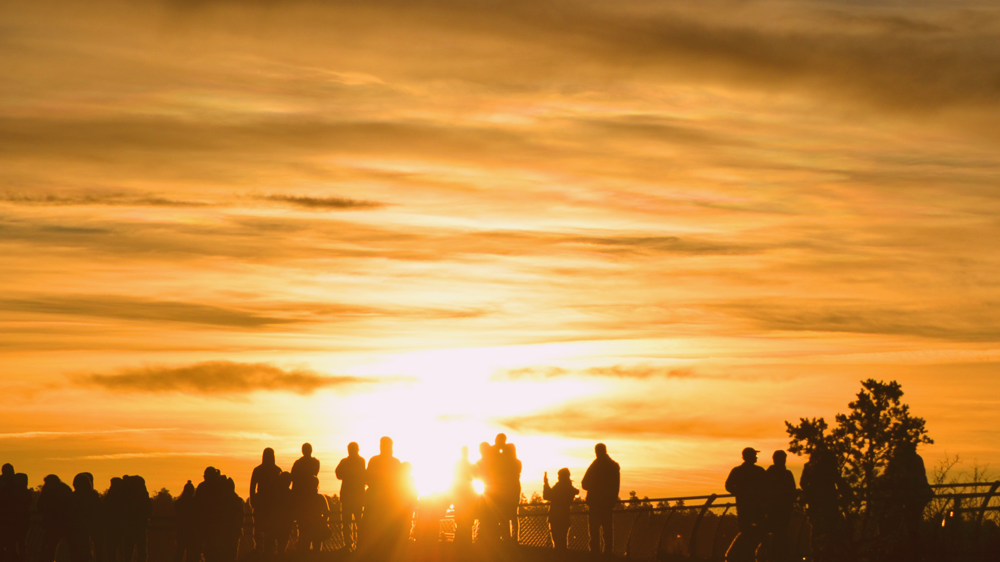