[sponsored post] Sighișoara Romania isn’t only the prettiest city in the country (my humble opinion), but it comes with a whole lot of awesome baggage.

It helped make sending rockets to space possible. It served as a big base for Germans outside of Germany. It birthed Dracula. There really is no point in keeping this city a secret among travellers to Romania. You gotta see it for yourself!

**** This post is sponsored and contains affiliate links. If you book anything from them, this doesn’t cost you anything but might give me a little commission to help keep this free blog full of more travel tips and me fuelled with chocolate to keep writing. ****

Travelling Back in Time via Sighișoara Romania

The first mention of the existence of Sighișoara Romania was – sit down and take a deep breath – by Vlad Dracul in 1431. He just so happens to be the father of Vlad Tepes (VLad the Impaler), universally known as Dracula. Back then, the citadel Sighișoara, referred to as Castrum Sex (Fort Six), had been thriving for two centuries and would grow steadily into the 15th century, when it was extended even more.

A lot of it is still standing nowadays and has earned the UNESCO World Heritage Site status thanks to its nine towers, cobblestone streets, steep stairways, burgher houses and ornate churches. The historic centre is a sight for sore eyes with its classic German medieval architecture and colourful houses.

Make sure to climb the 14th century Clock Tower for stunning views over the city for only a small fee. There are also a few information boards and exhibits within the tower as it was highly significant in controlling the controlled the main gate of the city’s defensive walls and served as the storage for the town’s treasures.

Souvenir paradise Art & Craft Romania has started a video campaign highlighting the best of the best of Romania – both in locations as well as in traditions and handcraft. Check out their youtube channel for more videos like this.

Sighișoara Romania and The Saxons

The reason for the immense German influence came from King Carol I, who built Peles Castle near Sinaia. A born German, he was very active in modernizing Romania during his reign in the late 1800s early 1900s. However, Saxons had already flocked over to Transylvania as early as the mid 1100s, coming from the Rhine and Moselle Rivers regions in the West of today’s Germany.

Thanks to their business skills, they created their own administrative autonomy, leaving a trace of their heritage to this very day. In fact, Saxon families travel all the way from Germany to Sighișoara Romania every year to celebrate this heritage and unique cultural bond.

Sighișoara and the Gate to Space

Did you know that space rocket concepts were developed in Sighișoara? One of the founding fathers of rocketry and astronautics, Hermann Julius Oberth, lived and worked in Sighișoara. He was a Saxon Transylvanian and born in Hermannstadt (Nagyszeben). What inspired his research were the books of Jules Verne and soon enough, during WWI, he started experimenting with weightlessness and rocket designs.

Fun fact: He moved back to Germany to study physics and focus his PHD studies on rocket science, which was dismissed because it was seen as “utopian”. He published his findings as a book Die Rakete zu den Planetenräumen (“The Rocket into Planetary Space”) and Wege zur Raumschiffahrt (“Ways to Spaceflight”), which is the extended version, and never resumed his idea of academic studies.

The books attracted a die hard fan group called Verein für Raumschiffahrt (VfR) – the “Spaceflight Society”. Known for his expertise he was even hired as a scientific consultant on the famous Fritz Lang film, Frau im Mond (“The Woman in the Moon”). He continued his research, was awarded for his book but ultimately his student Wernher von Braun, who actually developed rockets for NASA, became more popular and more know in the field of space science. You can learn more about Hermann Julius Oberth and his research in the museum at the top of the Clock Tower.

Sighișoara Romania and the Birth of Dracula

Regardless of what you think of Bram Stoker’s interpretation of Dracula and the vampire myths, the real life inspiration Vlad the Impaler was very real. And he was born in Sighișoara in 1431, right by the Citadel Square and near the Clock Tower and lived here until his move to Targoviste in 1435. Not surprisingly, Vlad Dracul’s House has been turned into a museum.

However, instead on focusing on the life of the ruler of Walachia from 1456 to 1462 who defied the Turks, you will enter a Museum of Weapons upstairs and a restaurant below. If you ever wondered what Dracul means, look no further than your Latin lessons. Draco means dragon and right above the entrance you can find a wrought-iron dragon. The title and symbol Dracul were an honour bestowed upon Vlad by the Order of the Dragon as thank for battling against the Ottoman Empire.

Tip: If you want to visit the famous Dracula castle, Bran Castle, you can plan a day trip to nearby Brasov. It takes only two hours by the car.

One of the best views besides the Clock Tower can be had from the fabulous Church on the Hill. Getting up the covered staircase here feels a little but like the Sleepy Hollow movie as you have to walk through a long tunnel up the hill. 175 small but long stone stairs (originally 300) lead the way and all around you dark wood protects you from the weather and gives off a somewhat dark atmosphere. I loved it! The stairs are known as the Scholars’ Stairs as they were meant for the school children attending school on the hill.

Up on the hill, you can admire the few remaining fragments the 500-year-old frescoes of the church as the insides were completely painted back in the day. Fun fact: it took nearly 200 years for it to be completed. I love visiting cemeteries and the cemetery around the church is a very beautiful one.

Another church well worth a visit is the Church of the Dominican Monastery, which became the main Lutheran church for the local Saxons in 1556. Most of the monastery has been torn down and only the Gothic style church remains. Its main features are the Transylvanian renaissance carved altarpiece, baroque pulpit, Oriental carpets and 17th century organ. To keep it in great shape, it has been restored several times. If you are lucky, you might be in town when classical or baroque concerts are held.

Address (for both): Piata Cetatii

What Time of the Year Should You Visit Sighișoara?

Sighișoara has mild temperatures throughout the year but as with the rest of Europe, late spring to early autumn is ideal. Of course, summer is high season and very popular so if you can arrange it, why not visit in May or late September to avoid the summer holiday crowds? June might be good as well but it is the wettest month. February is driest. The warmest month for Sighișoara is August and the coldest is January.

Souvenirs to Bring from Sighișoara

If you are anything like me, you need to remember every country by a little souvenir. I personally like investing in clothing and jewellery first and foremost because those are super practical and reflect local cultures and styles. For Romania, the white blouses with intricate and colourful stitchings are the way to go.

Did you know you can even get them from the popular souvenir shop Art & Craft Romania? If you don’t wanna go shopping during your short sightseeing trips, you can visit their physical stores at the airport, for instance at Otopeni, Targu-Mures or Sibiu Airport, or order online on the Art & Craft Romania website.

As Sighișoara is intricately linked to Dracula as well, why not bring home a typical Dracula souvenir for the loved ones staying at home? There are small coffins for sunglasses, Dracula snow globes and other cute items available, too.

Where to Stay for a Visit to Sighișoara

Exploring Sighișoara on a day trip from Bucharest isn’t the best idea as it takes over four hours by car and five by train. So why not stay in a nice Sighișoara hotel instead? A really cool and rustic boutique hotel is the Mercure Sighișoara Binderbubi Hotel & Spa, which is only a six minute walk away from the core of the city. Take advantage of the hotel restaurant for traditional Romanian cuisine.

Alternative cities from which you can visit for an afternoon from Cluj-Napoca (nearly 3 hour drive) or Târgu Mureș (one hour drive).

Is Sighișoara Worth a Visit?

There is no question about it! Sighișoara is undoubtedly extremely charming, pretty and photogenic and its history is just as colourful. You can spend an entire day here or have a short afternoon exploration spree. No matter if you are a museum person, a space geek or are just interested in the Romanian-Saxon heritage, there is so much to learn here.

Tell me: What would be your main reason to travel to Sighișoara? 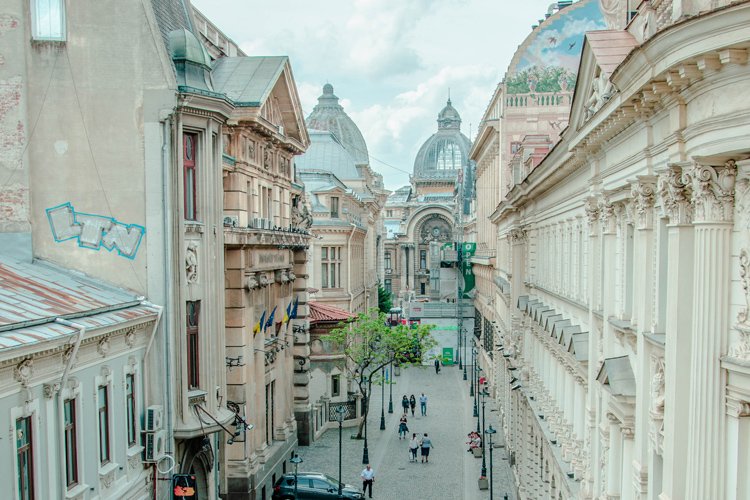 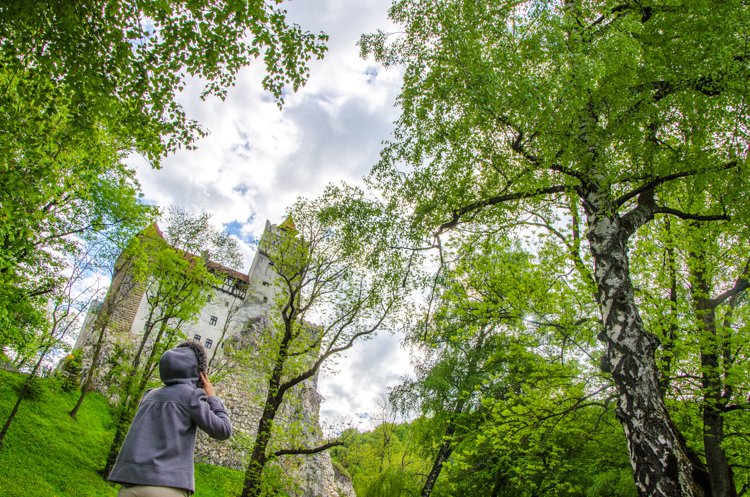 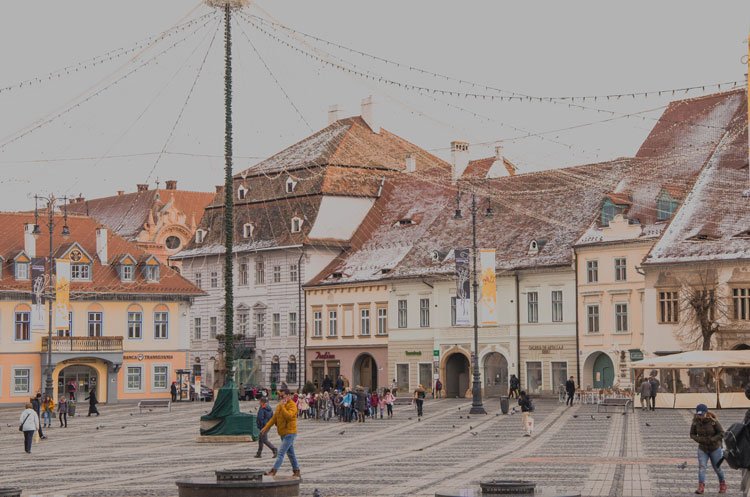