While the sun is warming up the air down here in Australia and the air conditioned shopping malls blast forth Christmas music, I am missing the cold and crisp air with the promise of snow.

There won’t be any this year for me. Therefore, you will find me donning a Christmas hat and heating up the barbie at the beach. But while I am doing that, I reminisce about the Lapland adventure I had in the knee deep snow.

It has been my favourite trip so far and I believe everyone should go at least once in their life. So what are you waiting for? Here are undeniable reasons for visiting Samí-Land in Northern Finland.

By the way, Samí-Land is the term that the local indigenous people are using so that’s what I’ll use (and you should too) going forward.

1. Winter Wonderland Doesn’t Get Better than this

My favourite Christmas song is Winter Wonderland and the ultimate manifestation of it outside of song realm must be Samí-Land. Ice crystals on the windows, icicles hanging down the snow covered roof tops and snowflakes landing on your nose, that is the perfect winter to me.

All this I found in Samí-Land and you must agree there is something magical about the sudden silence the cold and snow brings to the world; something unearthly beautiful about nature being drained of its colour and reflecting in brilliant white.

2. Where Else Can you Meet the Real Santa?

Ok, he claims to be only Santa’s brother, but related Santa is just as good for getting that gleam into kids’ eyes or those that have stayed kids in their hearts. Rovaniemi has a whole Christmas village with lots of souvenir shops, an elf post office and a reindeer farm.

But the main attraction is Santa (or his brother) inviting you with the broadest smile and greeting you in your own language (after you tell him where you’re from cause Santa’s brother is not as omniscient, apparently). 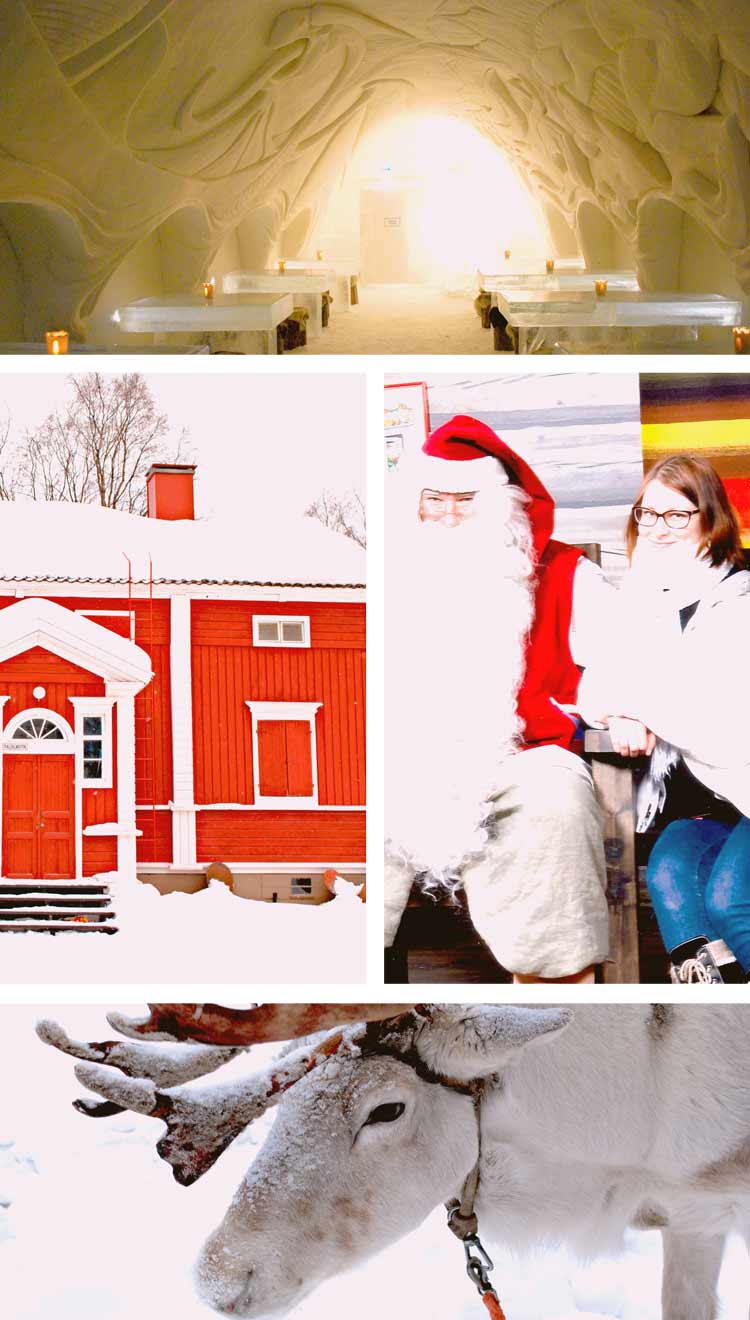 Who isn’t at least a little bit curious to run with reindeer? If Santa can get into a sledge with the Nordic deer then so can you. However, don’t be too excited because it is not much different than being in a chaise drawn by horses and the most you will see of the reindeer while being driven is their behinds.

Better gaze over the landscape and not in front of you. Despite it being a rather uneventful thing, getting close to reindeer is rather nice because you don’t the chance every day and they are beautiful creatures. Maybe don’t touch them ,they don’t particularly like that.

Last but not least, a trip to Lapland/Samí-Land absolutely must include either the never setting midnight sun during summer or the incredible Northern Lights in winter.

I have seen the latter and, to be honest, it was a bit hard to tell whether it was a slightly wavering fog or the actual lights. Let me tell you a secret. In my photographs the white turned into green and looked positively miraculous.

Just like the lights you know and love from photographs. If you want to get a good glimpse yourself, brace yourself for icy cold nights. The later the night, the better the lights.

Wear many layers of wool and take a hot can with a beverage of your choice with you to cling onto. For taking stunning photos of the lights, get familiar with your camera, shutter modes and invest in a good tripod. 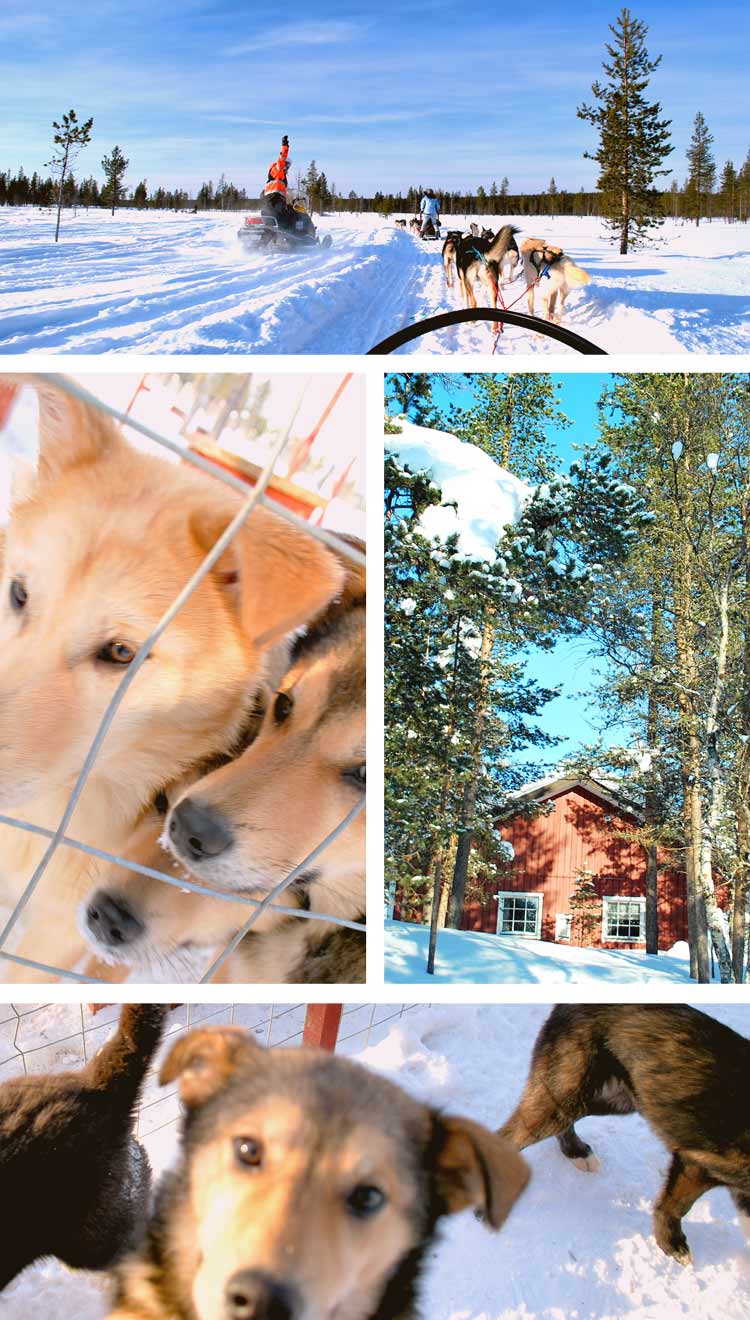 Let’s face it, whether you love or hate snow, a snow ball fight is a pretty awesome thing. Sure, the unpleasant side effects are you being all wet and sweaty in the chilly air but the exercise and levels of fun make it totally worth it.

With that much amount of snow lying around, why not make a full on battle or – for the more peaceful souls among us – get creative and build crazy snow creatures and make snow angels? Let your imagination loose.

6. Be Serenaded by Snow Sirens

Maybe you have heard of the Sami? The northernmost recognized indigenous people in Europe, the Sami live in an area stretching over four countries, known as Samí-Land. Unfortunately, their culture is slowly dying due to the decreased population and the pull to the south but wherever they are, they keep their heritage strong.

A good example is music, which is an integral part to the Sami culture. Sami music does not stop at traditional folk music, which mainly relies on sounds and melodies rather than words to convey stories, but has also modernized itself through the genres of pop, hip hop and metall.

Thus, if you are out in Samí-Land, buy yourself a more CD and listen to a traditional song over the cracking fireplace. The best is, of course, a live interpretation and I can guarantee you, it will give you the chills. And that’s not because of the cold outside.

If you love seriously fresh fish, then you might consider getting them out of the ice yourself. You can book guides who give you the ins and outs of it so YOU don’t fall in.

Now, that would be really tragic. After all, you’re drilling a hole int a sheet of ice on which you’re standing on. And you need patience. It definitely is a challenge

Who has seen the film Snow Dogs or any other husky related film and seriously not found themselves wanting to jump on a husky drawn sledge? Well, here’s your chance because huskies are right at home in the cold.

Winter is the right time for them to be running about for about 30km per day or more, using up all their energy. After a quick crash course in how to steer the sledge, you are good and gone for a wild ride because that’s what the huskies want.

Be sure to use all your bodyweight if you attempt to slow them down because that’s the least thing they want. 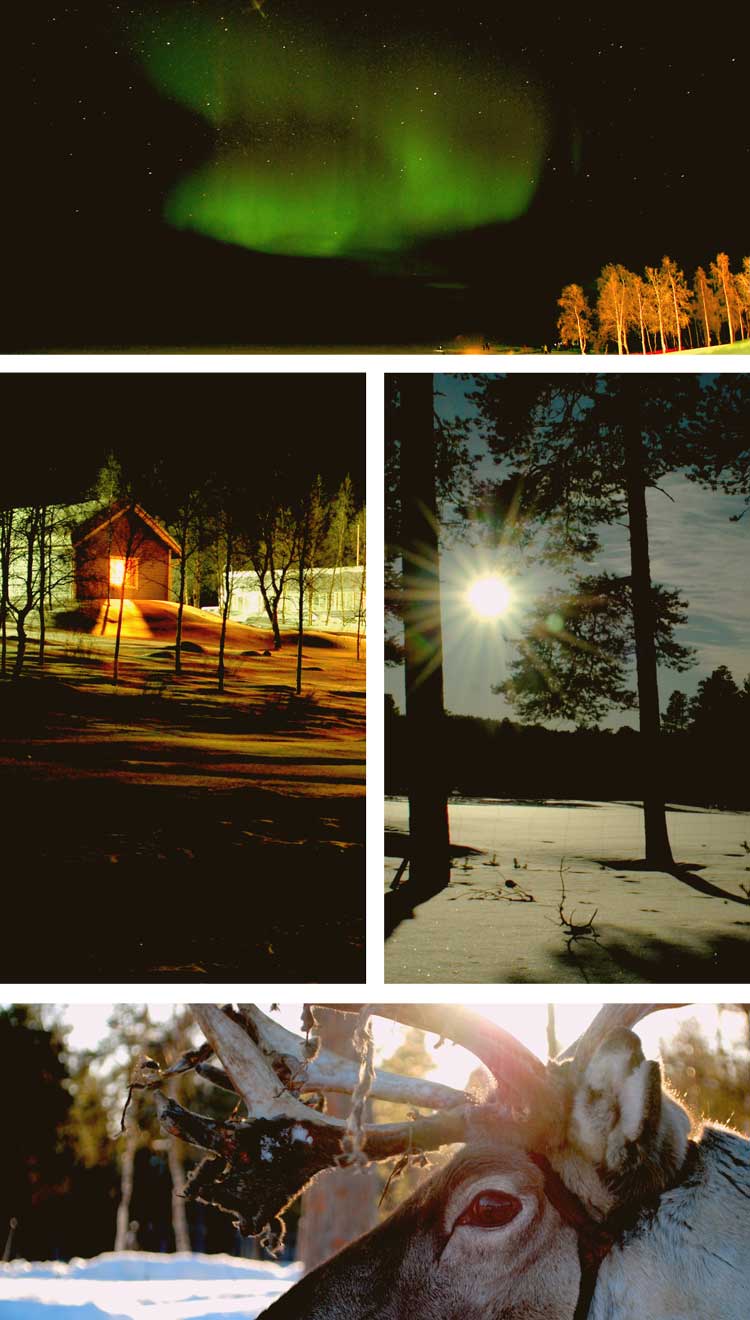 9. A Good Reason to Get New Shoes

With new shoes, I particularly mean snow shoes. Yes, good boots that are warm and water proof are also a requirement. So pull over thick socks, put on your boots and strap over your snow shoes and off you go, exploring all that the glazed nature has to offer.

I don’t really have to tell you to be quiet since the snow is pretty much absorbing a lot of noise, but I found it nonetheless hard to find animals hiding anywhere. I guess everyone was hibernating or being super great at camouflage.

10. Get Your Immune System Going

Do it like the Finns and heat up to the max in a sauna only to cool down with a bang in the 4 degrees cold open waters.

Yes, that includes the Arctic Ocean. Conveniently, a little town called Bugøynes has put up a sauna right next to the ocean so as to offer tourists and locals the ultimate hot-cold experience.

Just be warned, you have to walk down the cliff first before you can get to the water, so be really quick since it is really cold. (Who would have thought?!) 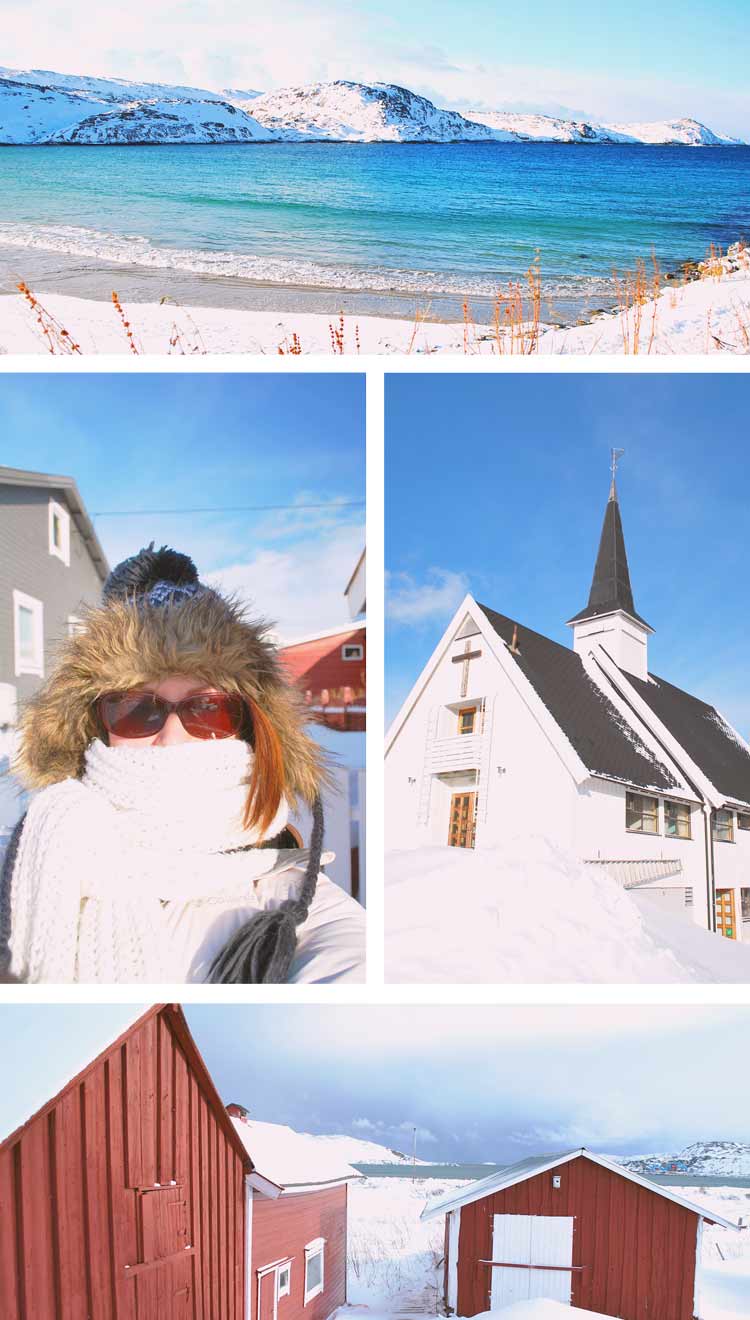 Either you escape to the heat in winter or you embrace everything it has to offer and turn the cold and snow amount up a bit more.

Samí-Land is beautiful in every season but the ultimate winter experience is of course at the start of the year when it’s freshly snowed in and so high, your knees get quite the exercise.

I went in early March and there was still enough snow but not as cold anymore. Simply perfect timing. Any time later, and you might run the danger of the aurora borealis not showing up anymore and who wants to miss out on that?

Now there is nothing standing in the way of your very own Samí-Land adventure. What are you waiting for? Let me know what you think of taking a trip up to Europe’s North. 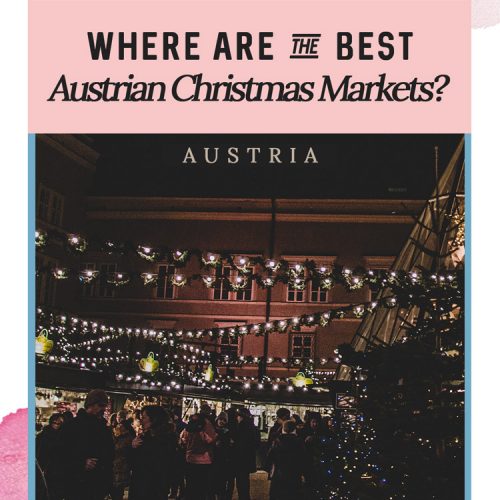 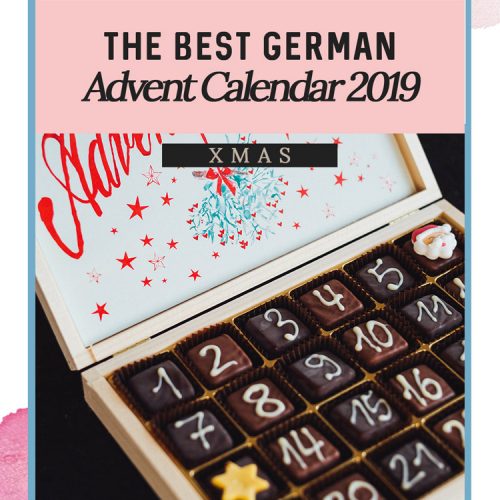