The air permeated with the smell of burnt wood, covering the forests in a dense mist and tinting the sun a bloody red. This was not a normal morning and the signs were unmistakable. Even without the tiny pieces of ashes flying about, we knew: the raging bush fires had not lessened over night. This meant trouble.

Get the full book of my Australia adventures on Amazon 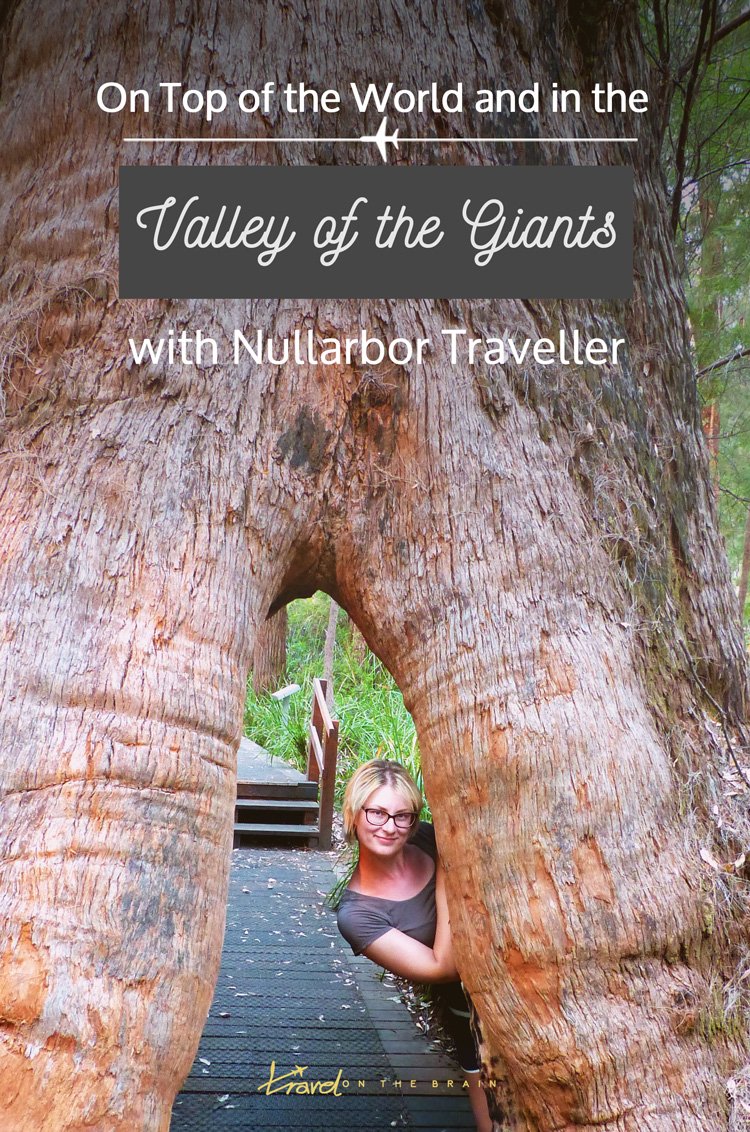 The day before we had to reschedule everything, driving back and forth to Denmark (no, not that one in Europe) because the fires had picked up so that the highway was closed and our camp was used to host the fire fighters that were called upon from all around. The good thing was, we were safe and had time to make plans to drive around the critical areas. A whole town had to be evacuated even. We wouldn’t find ourselves in such a situation.

While we were waiting for the new itinerary, we were resting from the climb we had just done. It was excruciating! I hate stairs. Needless to say, the hike up Mount Trio had thousand of stairs. And all of them unevenly distanced. The worst! The view, as always, was worth it, but try telling me that when I am in grumpy climbing mode.

Read more: Tons of adventure ideas you can do in Austalia

Deservedly, we feasted on strawberries, chilled out by the beach and wandered ancient forests afterwards. The forest was particularly magical in the new twilight with the ball of deep red throwing orange beams through the canopy, drawing shadows on the tingle trees that already looked like from a fairy tale. One of them was even referred to as the grandma with its many bulges, suggesting a benevolent droopy face. 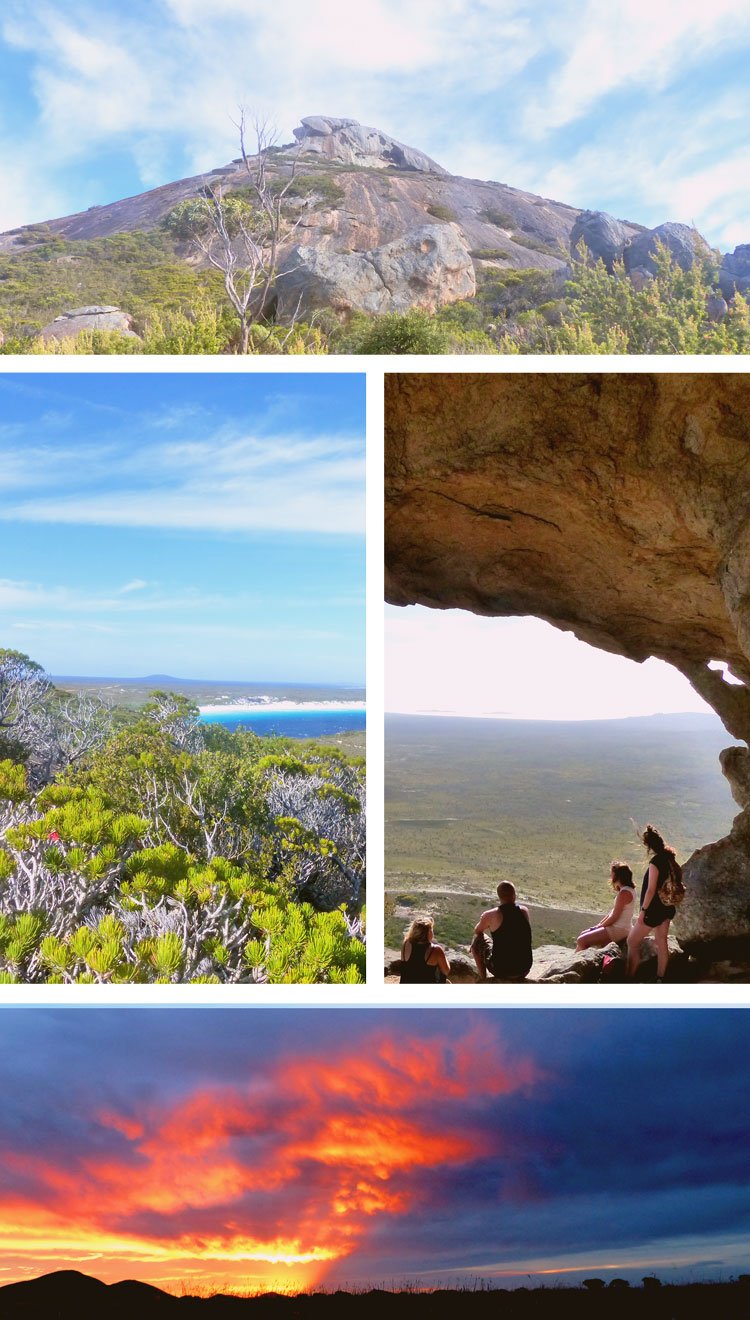 We were walking through the tree tops on 40m in the Valley of the Giants and down below among their feet. In the sharp razor grass, we were lucky enough to make out a quokka, indifferently scouring the floor in its search for a meal. My first quokka sight and I was over the moon! Just someone please tell me why this one didn’t have the iconic smile for which the small marsupials are known for. It also looked rather fat and bulky. I pictured them tiny and lean.

After getting our fix of lovableness, we headed to our night’s camp, which was close by the beach and through an alley of twisted trees that looked absolutely marvellous underneath the canopy that shrouded our vision of the blood-red moon (again, because of the bushfires).

Then, our tour Nullarbor Traveller guide had come up with long plastic pipes and paint and we spent the evening painting makeshift didgeridoo and eating strawberry pancakes. After that, I headed out for a chilled hang out by the beach but the clouds had already come in and covered the sky in a milky grey. 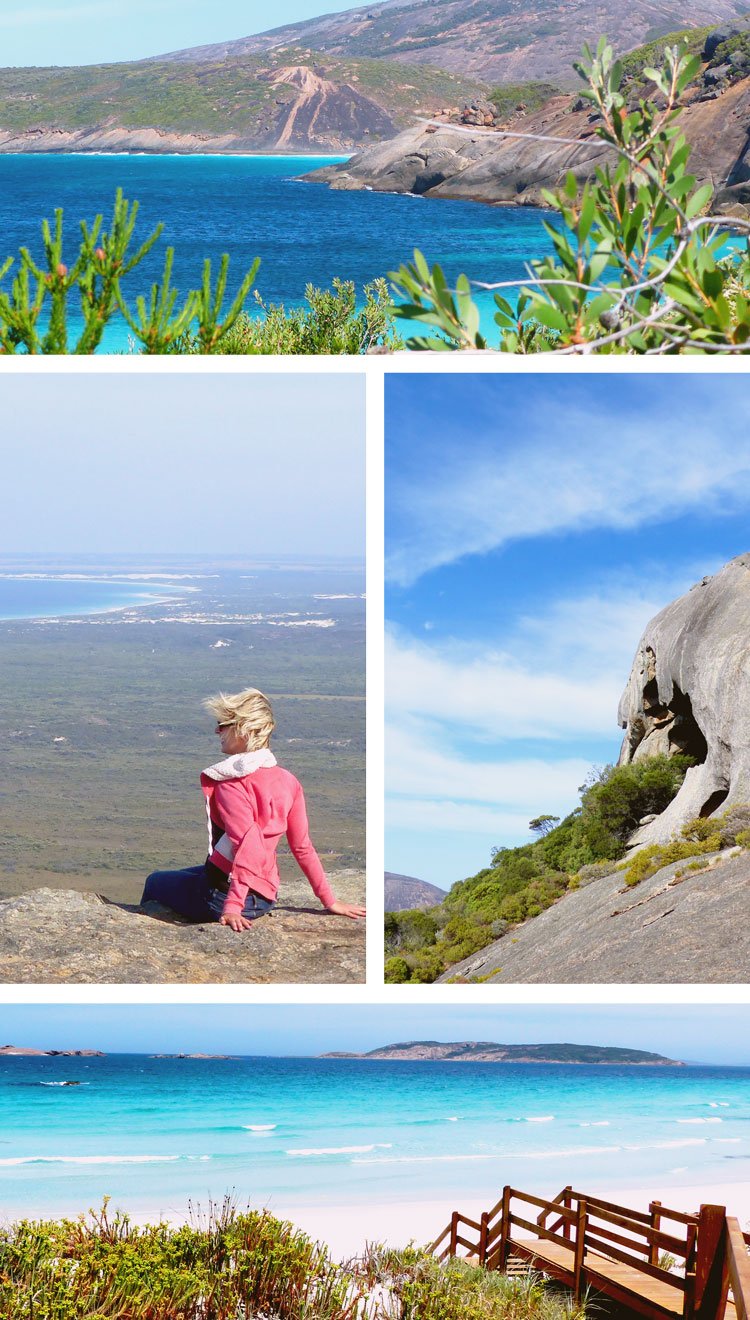 On Top of the World

However, before I say goodbye to you, let me tell you about the day prior to this, when we were yet unaware of the lurking fires that would mess with our itinerary. It started out with a challenging morning climb up Frenchman’s Peak. I was surprised that it wasn’t actually that hard and more or less walked up the mountain with my Spiderman skills. I am proud to say, I was the first person to arrive by far. (Yes, there was wifi reception up there, which might have had to do with my eagerness.)

The view from up there was absolutely breathtaking and we could see far and wide into the landscape and faintly make out the coastal walk we had already done. Crazy rock formations, poking out and then smoothing down into soft slopes was how the peak appeared. Little bushes here and there and a huge cave hidden beneath the boulders.

Read this too: The best mountain to climb in Tasmania

Did we take scary looking cliff photos? Do you really need to ask this? You can bet on that! So if you ever get to Esperance, make sure you visit the National Park and all its splendor. My newest addition to my top 5 list for Australia. Definitely a sensation!

I would like to thank Nullarbor Traveller again for having me as a guest and showing me the Valley of the Giants and the other sights. My opinion is as always my own. 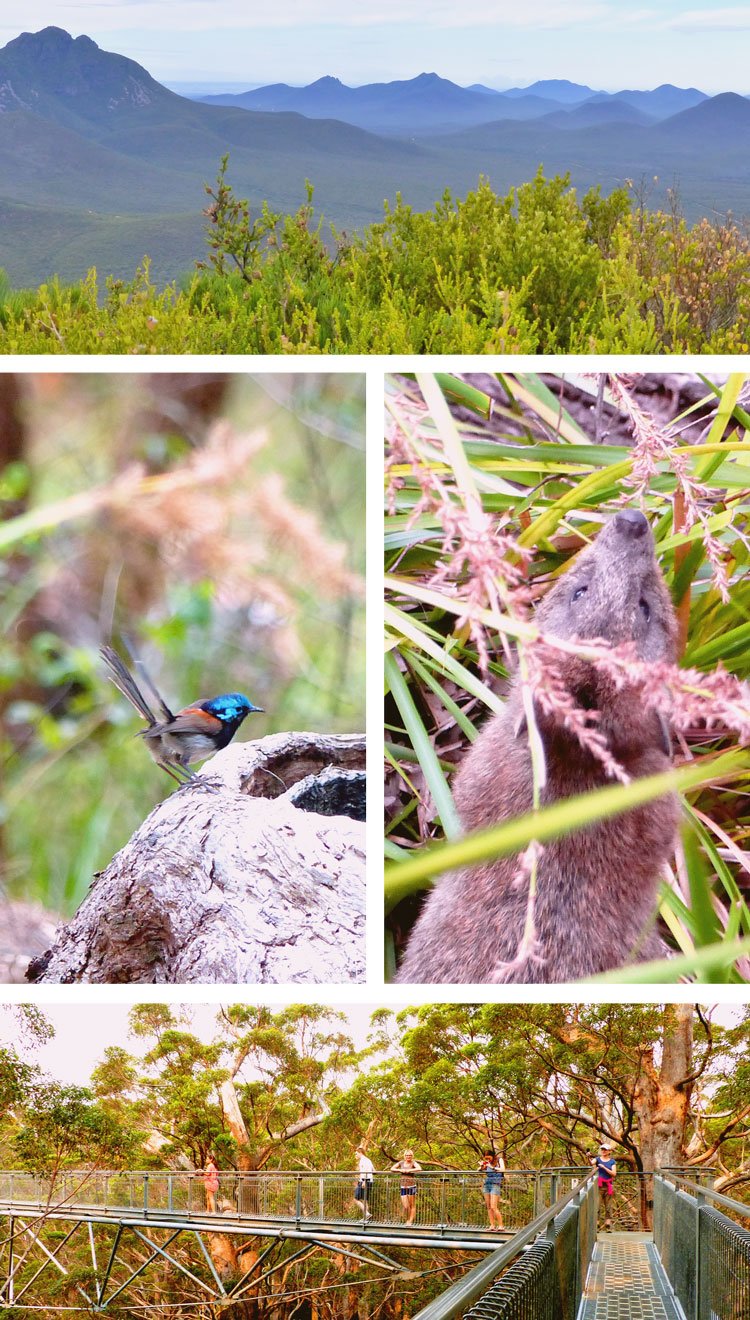