Just got off the plane of my WOW Air flight from Germany and headed straight to my Airbnb in Toronto’s Little Portugal. Of course, my itchy feet wouldn’t allow much rest and trying to beat the jetlag, I went out again. Getting here was a piece of cake. At Pearson Airport, I bought a UP Express ticket to Bloor Station and followed the main road, past many a side street with mesmerizing street art. That I had to take a closer look at!

The most prominent street and outlining Little Portugal is Queen Street West. Rows upon rows of cute and quirky shops are lined up here. But if you branch off and peak behind them, you will see the area from an entirely different perspective. This is especially true east of Dufferin Street.

Bare brick backsides have been used as creative outlets. Sure, the backstreets are not the cleanest with discarded rubbish lying about, but they are definitely worth a peek. Walk a little up and you’ll see garages and storages. Again individualised with colourful graffiti. The backstreets basically run parallel to Queen Street West and you can follow them easily. 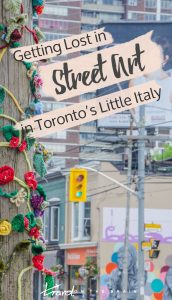 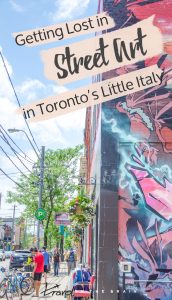 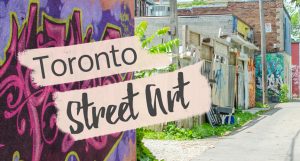 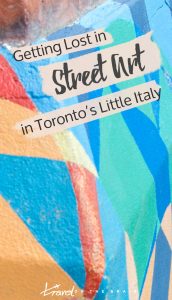 But even if you walk westwards towards the shore and park landscape, there’s a multitude to be discovered. For one, there is the Toronto Designers Market (TDM), where local artists and designers put up their creations for sale. They would make for a nice personalized gift, just saying. About 15 minutes north, parallel to Queen Street West lies Bloor Street. Here, the Toronto street art pieces are even bigger and more leaning towards the topic of ethnicity.

What I’ve also noticed on my short exploration of Little Portugal alone is that not only the backsides of houses in Toronto are beautified with street art, but the people as well. Tattoos are all the rage and they are quite the elaborate art pieces. In all my travels (and I’ve been travelling for 3 years now) I haven’t seen tattoos this prominently represented in street style in one area.

More murals and street art to check out:

Toronto Street Art at Its Finest

With so many cool graffiti and mural spots in Toronto, it is hard to decide where to go first. Still, one thing is sure. I’ll be back!

I would like to thank WOW Air for sponsoring my flight to Toronto and look forward to flying with them again. 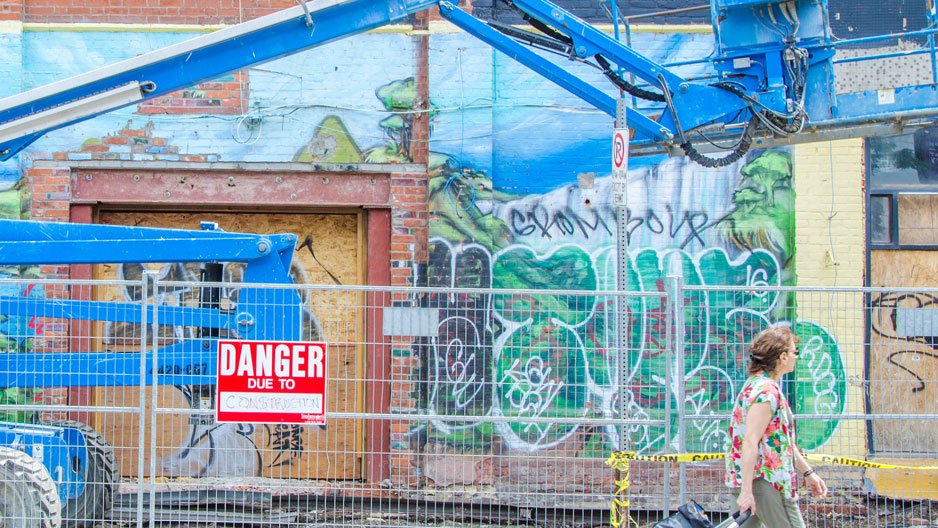 What’s the point of travel? (This gets very personal)
Foodies will Be Torn between these Restaurants in Houston and Galveston