Not all countries are created equal and neither are their citizens. As a solo travelling female especially, there is always the added worry of travel safety, of street harassment and overall comfortableness. Travel should eliminate borders (also in people’s heads) because the world, and in particular strangers, aren’t as bad as the media or your overanxious loved ones want to make you believe. To get the edge of solo travel, you might consider starting to explore the most women friendly countries. Here they are. 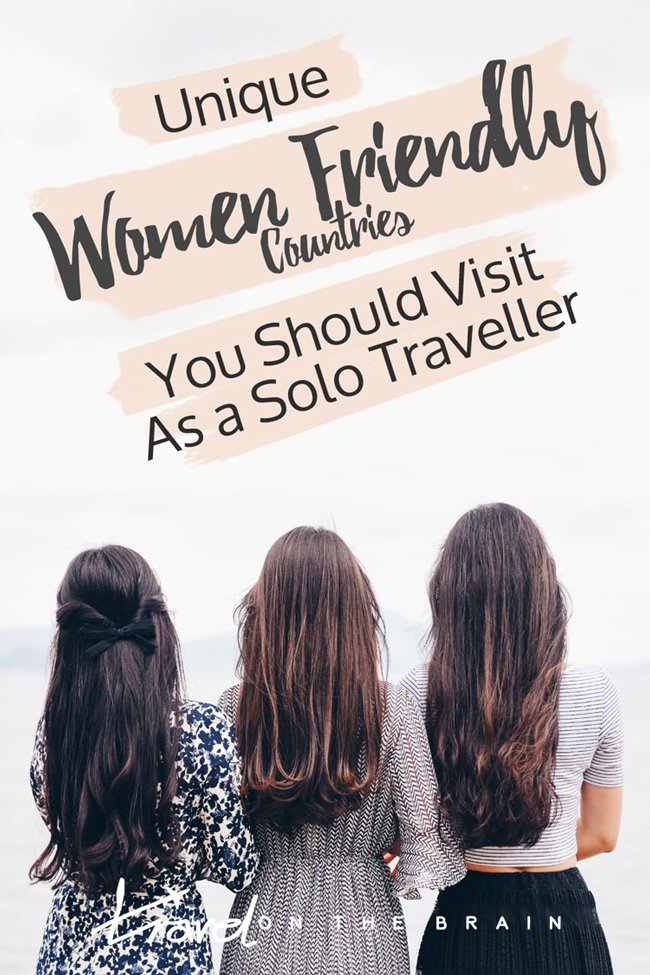 Why Should You Bother with Rankings of Women Friendly Countries?

But the concern is still real. With a “pussy grabbing” newly elected president making daily headlines, Harvey Weinstein & Co accusations popping up left and right, #metoo has never felt more real and out in the open. On a recent visit to Greece I felt very much violated by stares and catcalls on a daily basis. I hadn’t expected that at all. In countries where I mentally prepared for it, it didn’t happen. However, every woman’s experiences are different and feel different. So, of course, creating a list of the most women friendly countries can never complete nor all-time applicable for every woman.

So to avoid just telling you my personal experiences (and I haven’t visited every country anyway), I turned to a handful of surveys on both the best/friendliest countries as well as women friendly countries. These rankings are based on living standards and gender gap of the countries’ citizens. Therefore, take them with a grain of salt when it comes to travelling. After all, it’s a massive difference if you are travelling to a country than emigrating or living in it. But knowing how a country treats its (female) citizens is also a vital piece of information. 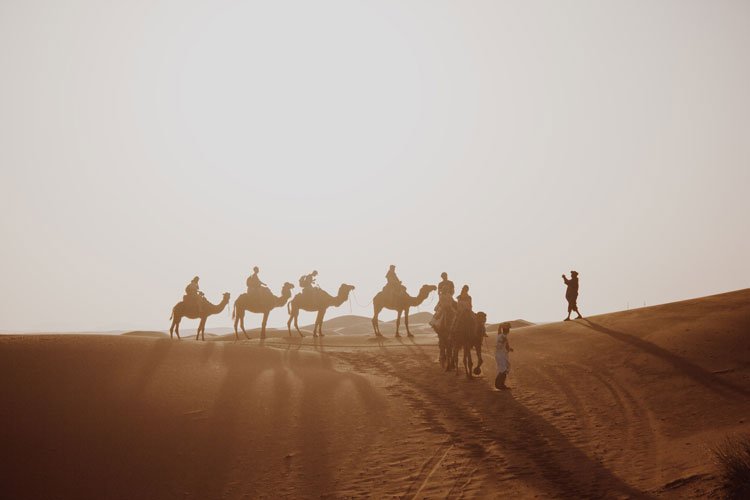 Friendliest Countries for Expats according to Inter Nations

It says a lot when expats are questioned on the friendliness of their country of choice. Being born into a country and consciously taking the leap to set up roots elsewhere yields different results. Some countries are more receptive to immigrants than others. So in 2017, for the fourth time, Inter Nations has produced their Expat Insider after surveying more than 12,500 people from over 166 nationalities and 188 countries. I wonder, did you expect these results?

According to the study, Bahrain is perfect for expats as it is very welcoming with people speaking English everywhere. Getting around easily and being understood do not cause problems for expats at all, which accounts for the top ranking Ease of Settling Index, according to the study. A big bonus over other Arab countries for female travellers is that the local women are generally more active in public, have more rights and are represented more across various professions. However, overall Bahrain ranked 47 in the 2016 Gender Inequality Index. 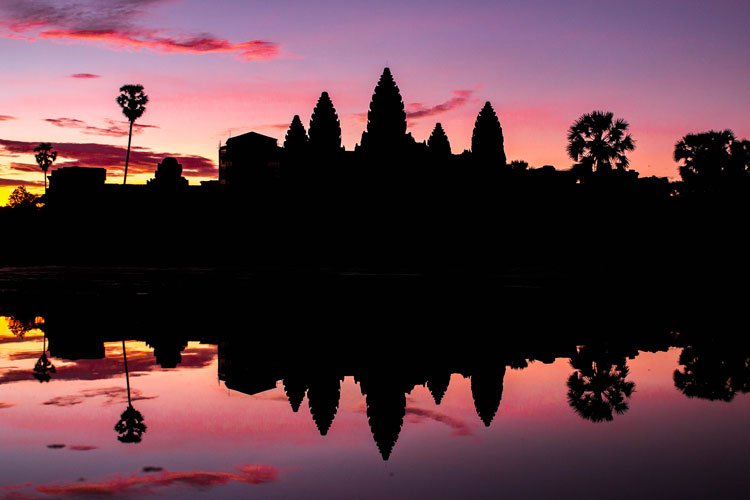 Rough Guides went to Twitter and Facebook in late 2016 to find out about their followers’ experiences when it came to the friendliest countries in the world.

What these top 5 of friendliest countries seem to have in common is the genuine smiles that greet visitors. Nothing says welcome more than a big fat grin and these countries’ hospitality is outstanding. Still, for women living in top ranking Cambodia, the Gender Inquality Index is not as high. Out of 188 ranked countries, they made it only to position 143. 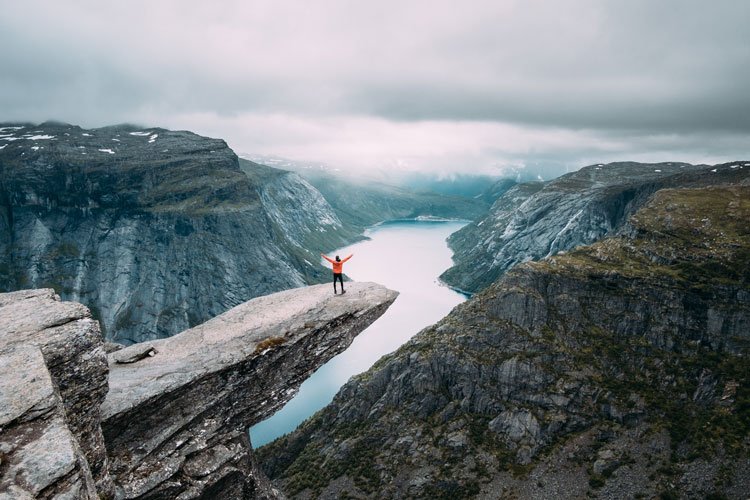 Women-Friendliest Countries according to the Gender Inequality Index (GII)

As hinted at with the two previous surveys, there is a separate study that was published in 2016 on gender equality by the United Nations. It looked at three main aspects, reproductive health, empowerment in the workforce and economic status. It directly opposes the situation of male and female members of each country to show the disparity. The higher the value, the bigger the inequality.

Within one year (from 2015 to 2016), Norway made a big leap from position 6 to number 1 among women friendly countries. After all, the percentage of its citizens with secondary education is almost equal with 96.1 to 94.6 (even higher than the men!) and participation in the labour fource with 61.2 to 68.5. (Australia even conquered 2 place from a previous position 24!). Who knows what might have changed since 2016? It would be interesting to find out. 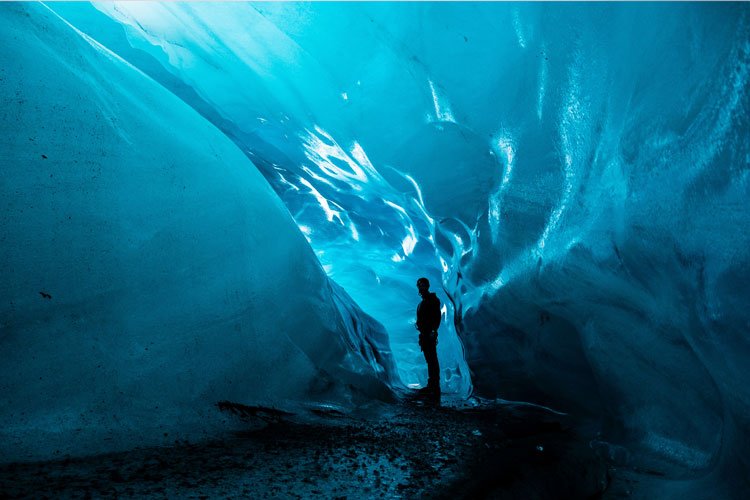 Women-Friendliest Countries according to WEF

Similar to the previous study, The Global Gender Gap Report 2017 looks at the gender disparity and not the overall quality of living. Again, there are four main key points that affect the grading system: Economic Participation and Opportunity, Educational Attainment, Health and Survival, and Political Empowerment. Additionally, the index considers gender gaps across industry talent pools and occupations as well.

It is important to note that the report on women friendly countries found out that across the 144 countries, 96% of the gender gap has closed in the health sector, which is a great victory. Iceland is the obvious winner of the report (for the ninth time in a row) as it is the only country with more than 60% political empowerment. (It has 70%!) If you haven’t travelled Iceland yet, I highly recommend it! 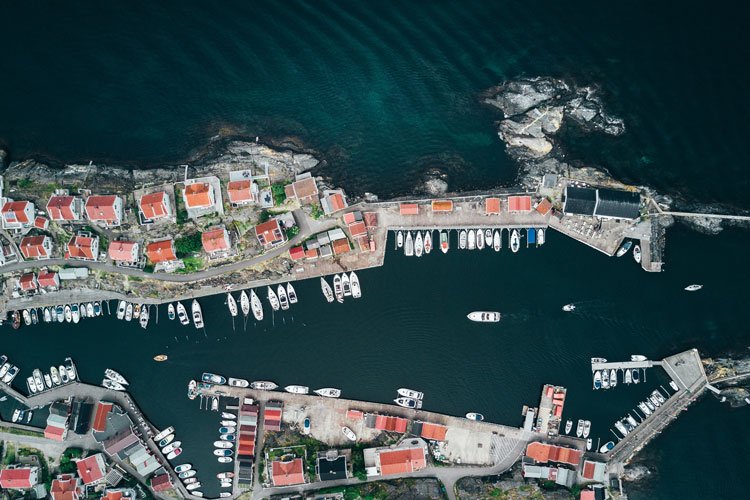 Best Countries for Women According to US News

US News’ Best Countries has become a big project that surveys more than 21,000 global citizens across 75 dimensions. But in this one survey, they specifically asked 9000 women across dozens of countries specifically on best countries for women.

Sweden is the winner in part to the fact that “[t]he Swedish government calls gender equality one of the “cornerstones” of the country’s society” and is reflected in the education system. When I lived and worked in Sweden, I was positively surprised to see how equality is such a big topic among men and women alike. It is widely accepted that equality is of great value and you won’t get snarky remarks on women “wanting more” or “already having lots of rights”. Nope, the Swedes get it. (And the men take baby leave and push the baby strollers, too.) 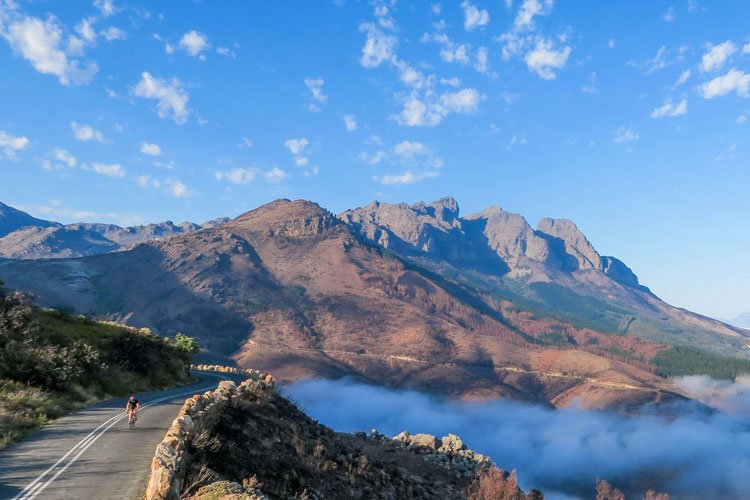 The Most Welcoming and Female Friendliest Countries According to Me

I’ve “only’ travelled to over 40 countries so far but haven’t really felt super uncomfortable anywhere. Even if there definitely were unpleasant episodes and worrisome encounters, those were mostly down to individuals and not a country as a whole. Thaqt being said, here are my personal top 5 women friendly countries:

My choice for number one is that I have never met as outwardly nice and genuinely helpful people as in New Zealand. I have encountered so many other countries, which compete but even without asking for help, there was always someone there to jump to my aid in New Zealand. Be it over literal spilled milk, when I was stranded or needed someone to listen. I had one of the best and most life-changing months of my life here. Travel was easy, encounters were charming and nature was mind-blowing. 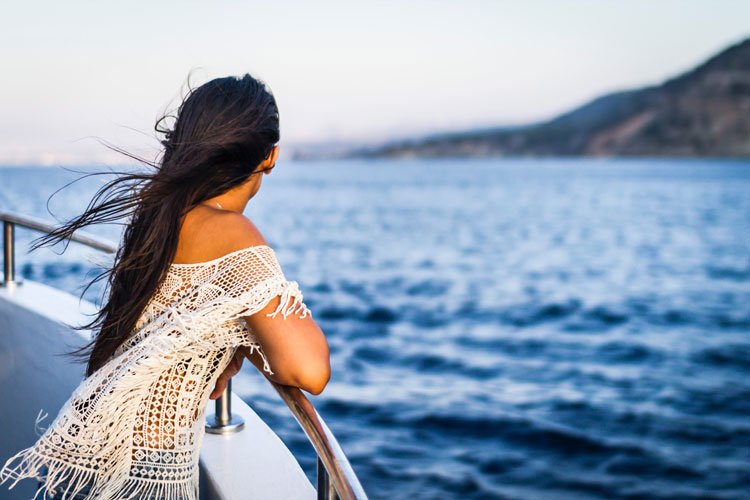 So what is THE BEST Women Friendly Country?

Overall, the rankings vary according to the individual parameters for the survey, but Nordic countries and Canada seems to overlap and stick out most. This makes total sense as equality is a topic that is much more happily embraced than other countries. (I can totally confirm this from personal experience.) They are rather safe, rank high in the World Happiness Report and are inclusive – not just for women but also towards members of the LGBTQ+ community, ethnic minorities, immigrants, etc.

Ultimately, it is up to you to decide where to go. I asked in a few facebook groups for female solo traveller’s personal recommendations and stories on the most welcoming countries. The response was immediate and it was surprising. Some countries were mentioned a lot. But there was a range of countries not found on any of the lists that I hadn’t expected seeing. In the end it boils down to personal experience and attitude.

Expecting goodness when you travel instead of being assaulted, robbed or murdered makes a huge difference. It might seem like a nobrainer but it is very true. Yes, women need to be more aware of personal safety during travels, but don’t travel in fear, travel for the fun of it. Put common sense on auto pilot and enjoy the experience consciously.

I’d love to hear from you: In which country did you feel most welcome and at ease during your travels? What were the best women friendly countries you have come across? 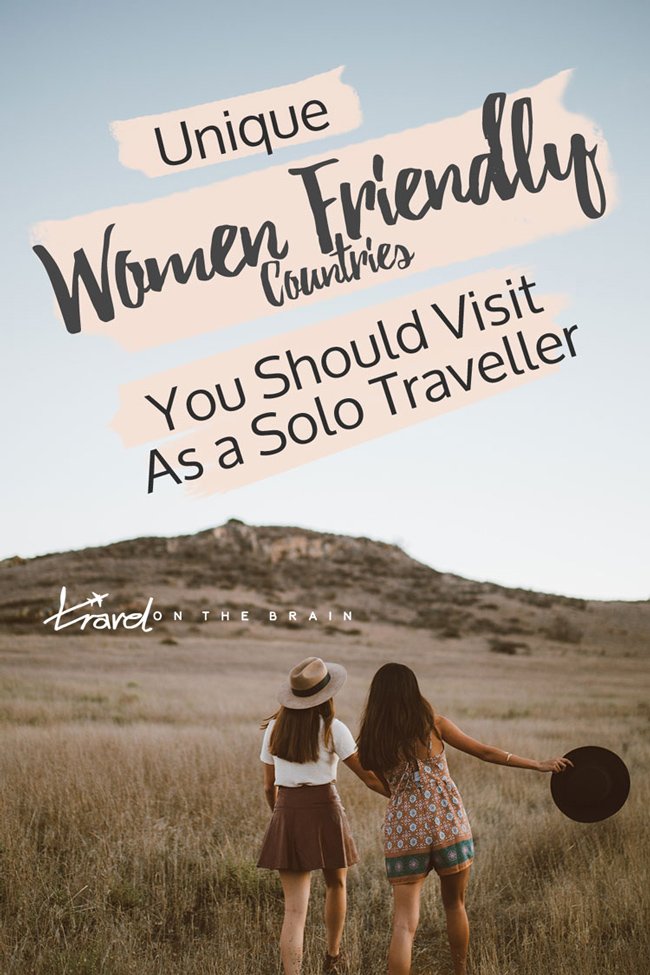