In 2019, Plovdiv (Пловдив)will be the official European Capital of Culture and for very good reasons! I’ve fallen in love with this vibrant yet quaint Bulgarian city at first glance and have returned multiple times. To give you a better idea of its lovability, here are the best 20 things to do in Plovdiv. What are you waiting for? The city makes for the perfect day trip from Sofia, Bulgaria. 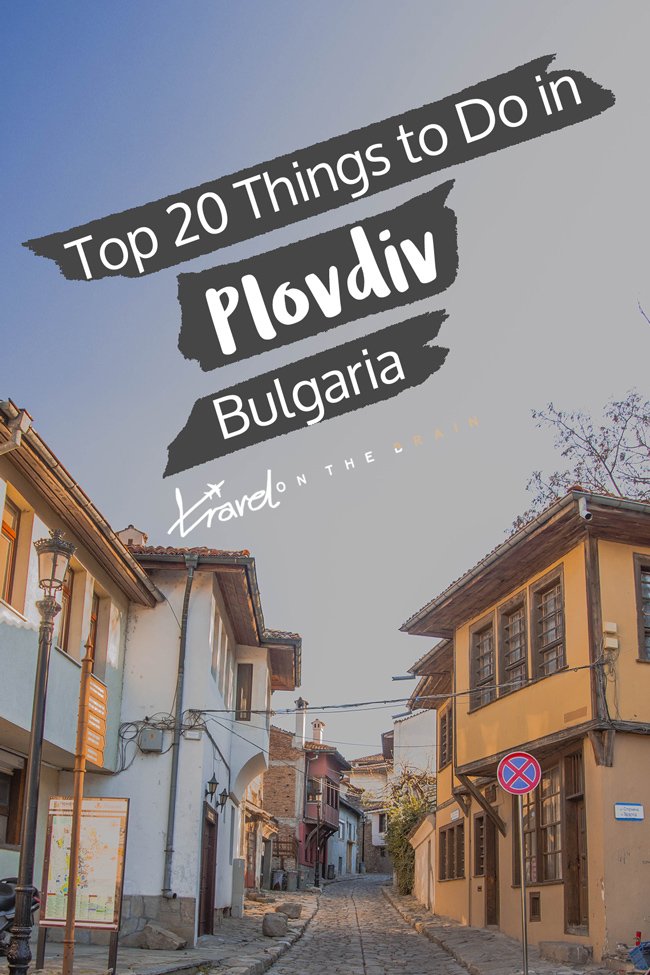 Plovdiv isn’t very big, even though it is the second biggest city in Bulgaria. The main Plovdiv attractions are very centrally located and can be seen in 1-2 days. To get you started, you can join the free Plovdiv walking tours or DIY your route with this guide.

The 20 Best Places to Visit in Plovdiv

One of the most stunning viewpoints AND architectural sights in Plovdiv Old Town is the Plovdiv roman theatre. It used to be a popular performance venue during ancient Roman times and literally got buried over time. Only a few years ago, the ruins were discovered. As a result, quite some people had to move and now the Roman theatre in Plovdiv can be viewed in its glory. 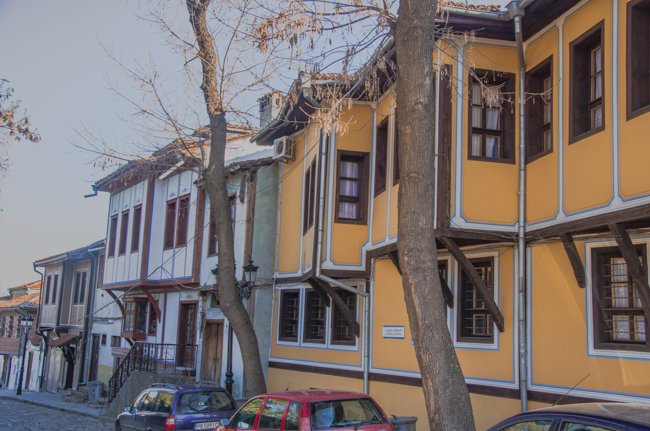 Plovdiv is known as the City of Seven hills – even though not all seven remain. My absolutely favourite of the lot is Nebet Tepe. It lies right at the edge of Plovdiv’s Old Town and offers one of the best sunset spots in Plovdiv. Marvel at the ruins of the former fort and look out over the quiet city and towards more hills and mountains in the distance. Plenty of people come here to hang out, see friends, admire the view or just take a stroll after a restaurant visit. At sunrise, the place is basically empty but well worth a visit!

Speaking of food, my favourite and one of the best Plovdiv restaurants is Rahat Tepe, right next to Nebet Tepe. Here, you can enjoy authentic Bulgarian cuisine in a traditional ambiente. You can even sit outside and enjoy city views (and cute stray cats). My recommendations: ayran and shopska salad. 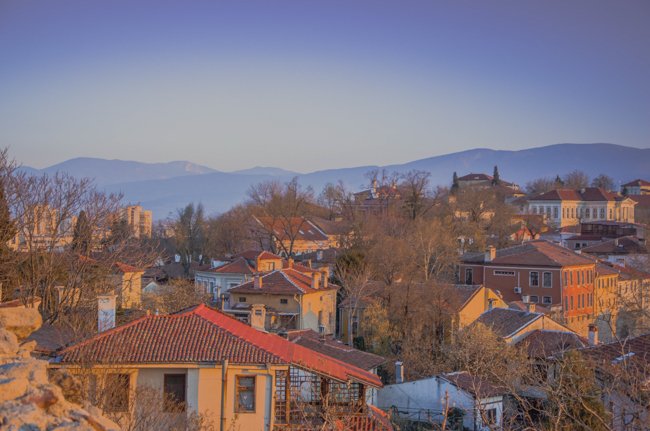 When you walk the shopping streets of Plovdiv towards the Old Town, you will undoubtedly notice the giant Roman Stadium to your feet. It actually is the biggest and best preserved buildings from ancient Roman times in the Balkans! It is estimated that up to 30,000 people could have fit in here and watch games and athletic events. You can visit its northern part as part of an interactive museum.

Another central hill in the centre, Danov hill can be accessed just behind the theatre. There isn’t much to see on the hill but the views are grand. It’s a popular hangout spot for the youth of Plovdiv and graffiti sprayers. 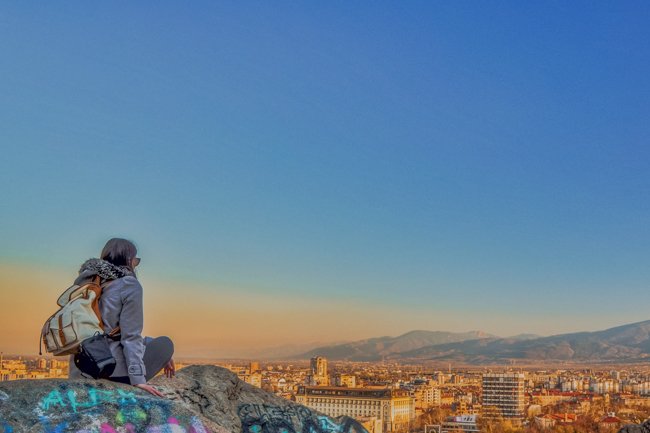 Ever fancied eating truly Turkish dessert and sipping on Turkish coffee in a mosque? You can do that at Dzhumaya Mosque, which is right next the Plovdiv’s Roman Stadium. It’s always well visited, so calculate in more time than you otherwise would think spending at a café.

A great example of regional culture and history, the Plovdiv Regional Ethnographic Museum (Регионален етнографски музей) is a visitor magnet for sure. Like other house museums, this one is also set in an authentic taditional local home, namely that of merchant, Argir Kuyumdzhioglu. In 1847, however, it was turned into a museum, which now hosts six exhibitions. 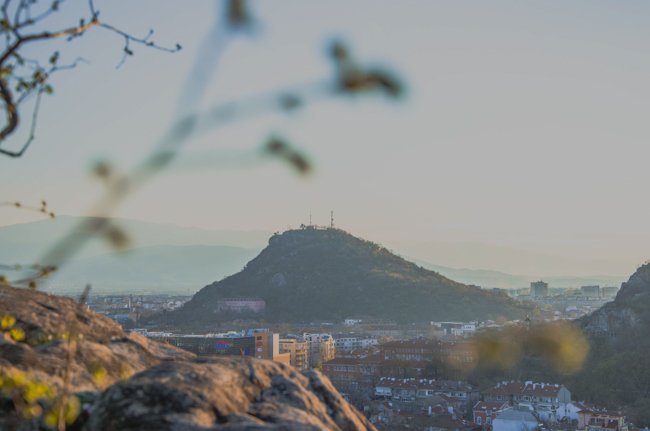 The long form name is quite a mouthful: Defenders of the Soviet Arctic during the Great Patriotic War (Russian: Защитникам Советского Заполярья в годы Великой Отечественной войны). Let’s just stick to Alyosha (which is a diminutive form of the name Aleksey). The monument on top of the hill was erected by Russia in dedication to the Soviet soldiers, sailors, and airmen that fought in World War II. There are various pathways that lead up the hill, you can take the concrete way (for cars) or several hiking trails.

Although the biggest and highest Plovdiv hill, it’s the least spectacular one. Nowadays there is a radio tower on top. In the past, however, you could marvel at the city’s main city temple (later Basilica), which was dedicated to Apollo Cendrisseos. Even back in the Bronze Age, this hill was settled and sacred. 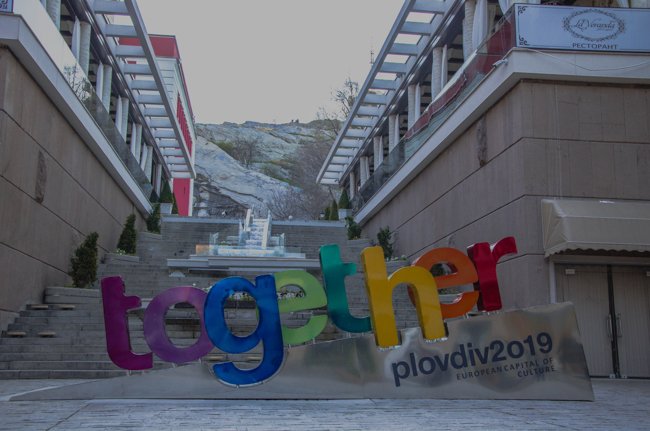 This park is perfectly located next to the main shopping areas of Plovdiv. It offers welcoming shade on hot summer days, there are drinking fountains as well as the singing fountains. The latter are a popular photo attraction and great for quick entertainment. Stop by every Thursday, Friday and Saturday at 9PM to see the light and music show.

In general, the Old Town in Plovdiv is well worth at least an hour stroll of your Plovdiv sightseeing. Just get lost and wander along the uneven cobblestone streets. Its excessively charming both day and night. One especially wonderful architectural feature in the area is the medieval gate, dating back to the 11th century AD. 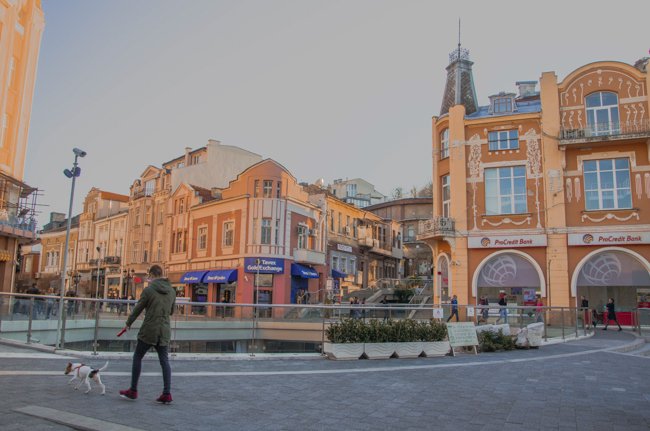 Back in antiquity, the Bishop Basilica of Philippopolis (Филипополска голяма базилика) was the largest early-Christian temple in the Balkans. It was built in the 5th century and demolished probably by Slavs in 577. Apart from its size, what makes the basilica so striking are its floor mosaics.

There is a variety of house museums in Plovdiv, including Lamartine’s House, Hindliyan, Balabanov Kashta, Nacho Kulturata, Lamartin and Nedkovich. Each provide great insights into traditional Bulgarian household styles, interior design, architecture and way of life of people in the past. They make perfect additions to a visit of the Regional Ethnographic Museum. 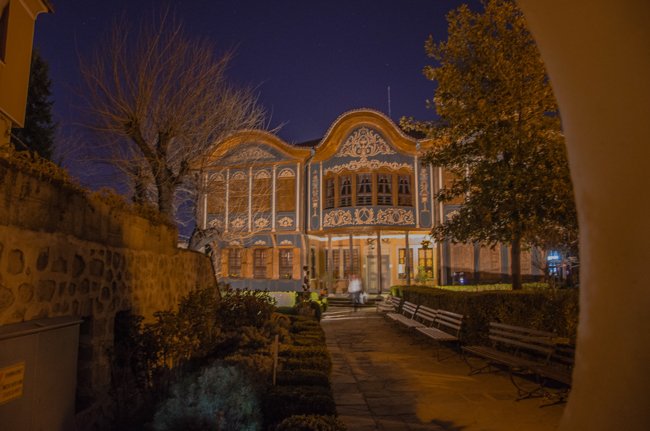 Another great find from ancient Roman times ist he Roman forum of Philippopolis (Римски форум на Пловдив), east of the singing fountains. Walking on normal street level, you might easily miss it. It sits snugly above a tunnel close to General Gurko street. This one dates back to the first century AD and covered an area of 20 hectares (you can see 11 of them).

Seeing that there are so many wonderful historic sights all over Plovdiv, it’s no surprise to find an archaeological museum in town as well. Through artifacts and excavated finds, the city’s roots are perfectly put on display. The collection includes 1,500 coins, ethnographic and historical documents, church plates, 300 icons and paintings. 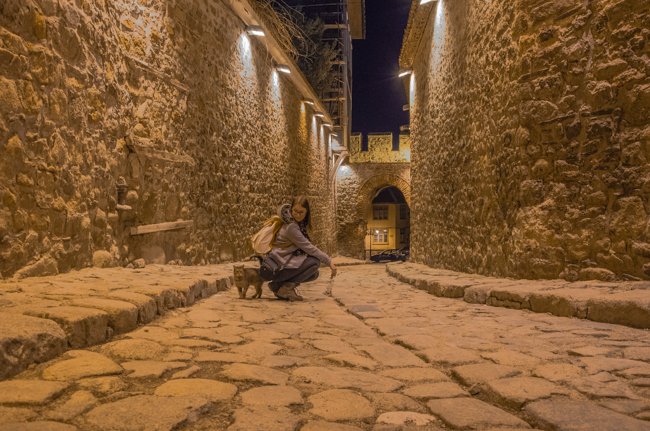 What would a good city be without a natural science museum? Plovdiv’s Museum of Natural Science offers both temporary as well as long-term exhibitions. Topics include local flora and fauna as well as landscapes. A great day to visit is the European Night of Museums as it is free of charge then. (Not that it is expensive anyway.)

A decent ancient Roman city couldn’t be complete without an Odeon. The same goes for Philippopolis (as Plovdiv was referred to then). The old odeon of Philippopolis (Одеон на Филипополис) functioned as both the house of the city council of citizens and a theatre. 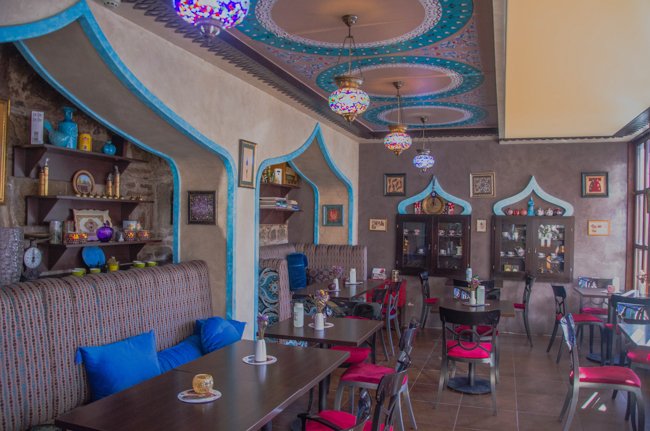 Have you missed long names yet? This church has another one: Cathedral Church of the Dormition of the Holy Mother of God (Църква Света Богородица, Катедрален храм “Успение Богородично”). Like with the village of Koprivshtitsa, its architecture was kept in the Bulgarian National Revival style. This is because it was destroyed in the Bulgarian-Ottoman War and rebuilt as the as the main church of Plovdiv in 1844. Guess who funded the project? The Chalukov brothers from Koprivshtitsa.

Another glorious example of stunning Orthodox churches and places to visit in Plovdiv, Sveta Marina Church is a lesser known gem. From outside it doesn’t look much but within the murals are striking. If you’ve seen plenty of Orthodox churches already, you can happily skip it though. 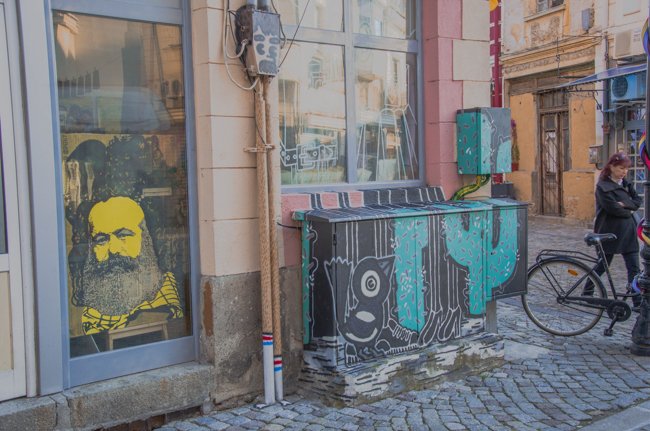 To see a Roman Catholic church for a change, visit the Cathedral of St Louis (катедрала „Свети Лудвиг“). It derives its name from Louis IX of France and was built in the 1850s. Its architectural style is a mix between Neoclassicism and Neo-Baroque.

A typical piece of bulky Communist architecture, the House of Culture doesn’t look too appealing. However, if you are seeking cultural entertainment in the form of concerts, opera, theatre and art exhibitions, it’s a great place. It was named after the popular opera singer Boris Hristov.

If you love freebies and wanna enjoy a drink, here’s a hot tip a reader gave me: Hit up the House of Distillation (at Nedkovich House Museum) for a free drink tasting. It’s kinda like a hidden museum where you will be introduced to Bulgaria’s distillery history. After all, Bulgaria doesn’t just produce fabulous wines but also has produced high percentage alcohol for the longst time. 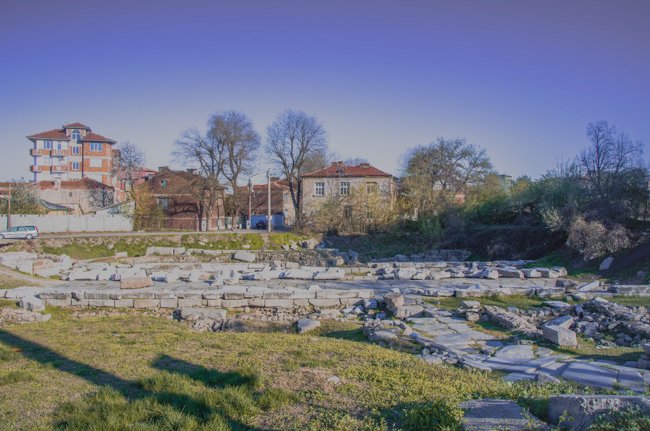 Is Visiting Plovdiv Worth the Trip?

Absolutely! Plovdiv is my favourite city in Bulgaria and I simply love how a more modern Bulgaria coexists with old Roman architecture. It’s absolutely beautiful, there are tons of cute cafes, amazing photo opportunities and the people are lovely. In short, in Plovdiv things to do can be found in abundance!

If I asked you what to see in Plovdiv, what would be your priority? 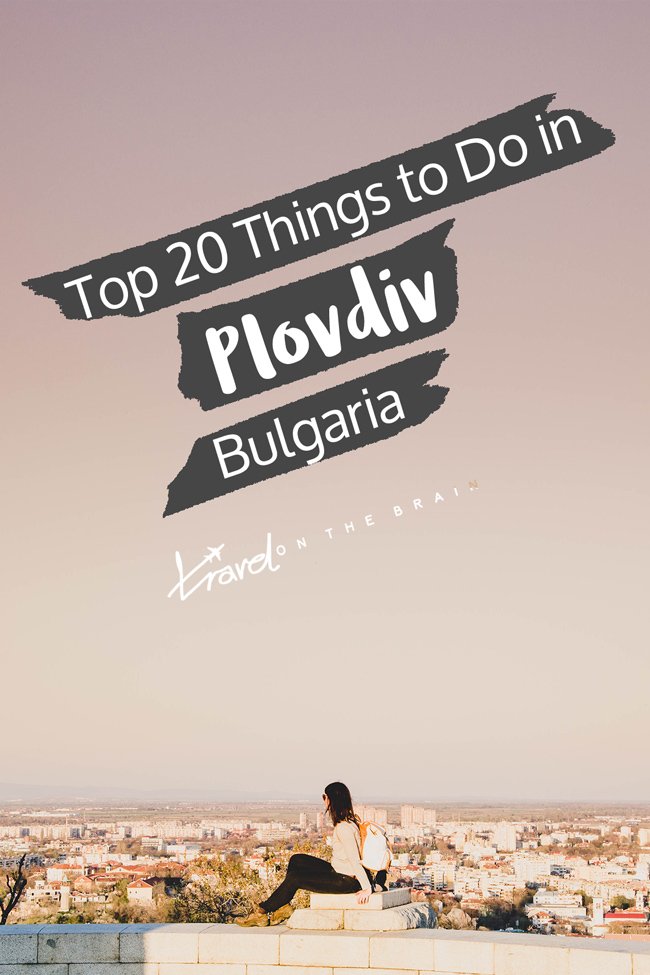 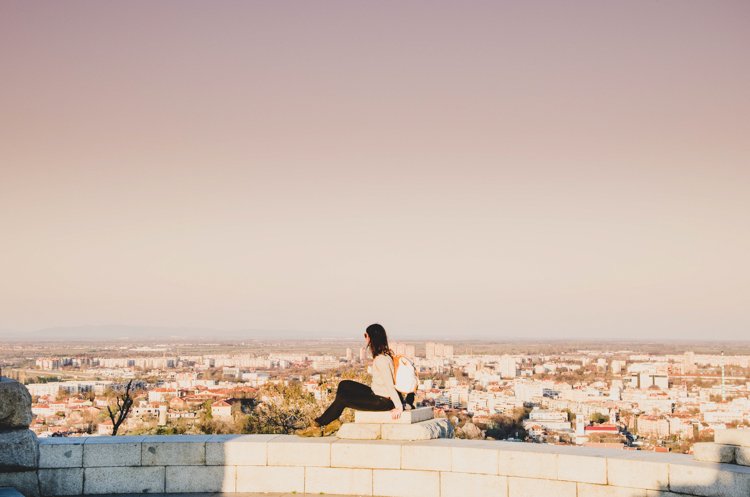 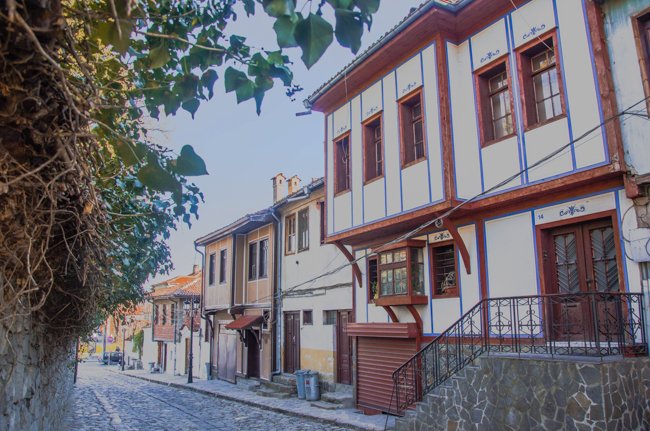 15 Ideas for Day Trips from Plovdiv