Here is another reason I simply HAVE to love Wellington: It is home to the bestest (and costume craziest) TV series, which happens to be my favourite and which also happens to be unknown to every person I have met so far. Never mind, I had fun hunting down all the The Tribe locations in the oddest places and jump for joy at my discoveries. If you are a fan as well, welcome! Let me share my findings with you so you can experience this bliss as well. Keep the dream alive!

Warning: Entering Fangirl Zone (with spoilers – if you know the series, they are not really) 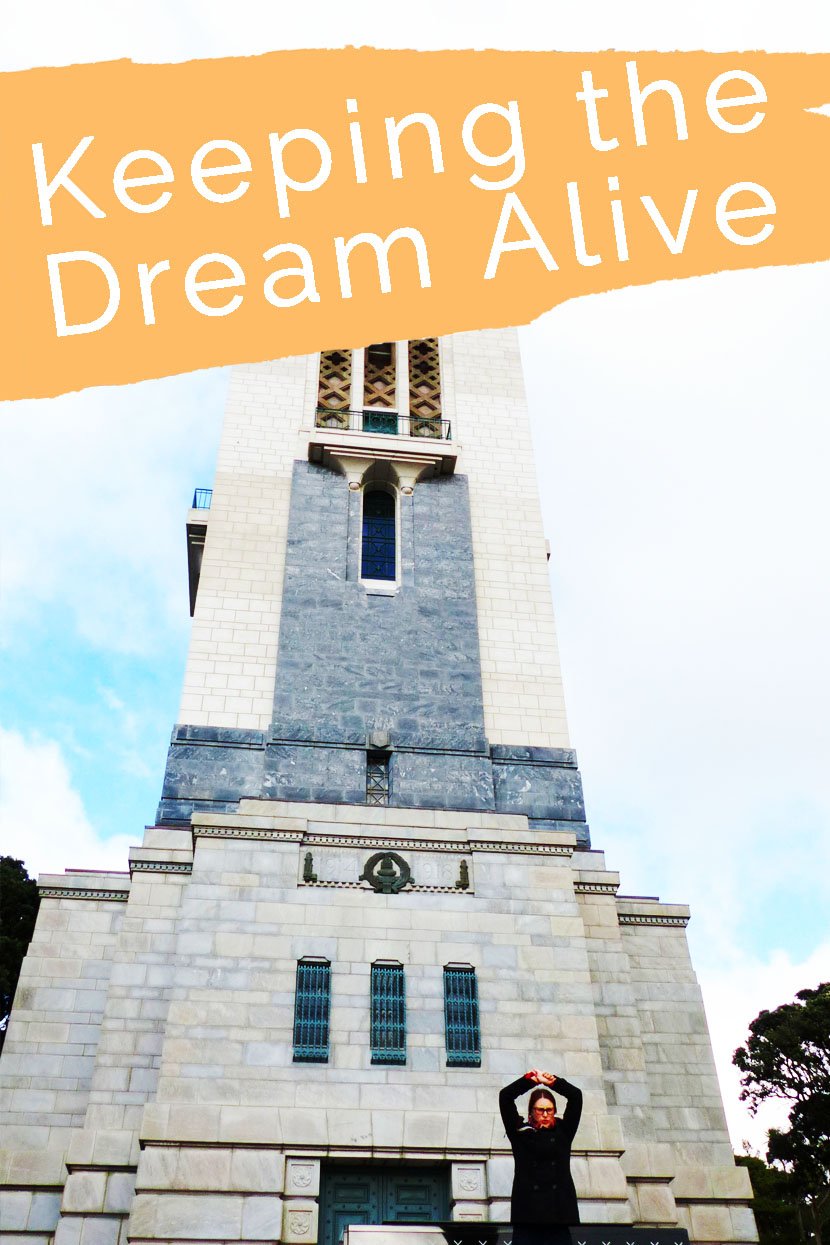 [su_quote cite=”The Tribe Cast – Abe Messiah”]”I can dream, my heart is telling me” [/su_quote]
This is THE ultimate place, the home and heart of the series: THE MALL. The best The Tribe location you can have. Well, it doesn’t look like much and you can just experience the outside of it since the inside were just film props built in a studio. The actual mall inside is not at all like it, but the car park is – which is not surprising, since every car park basically looks the same.

The Tribe Location: Take the bus to Lower Hutt. You find the mall around the corner at 61 Queens Drive.

After four hours of getting terribly lost and stranded on hills and in parks, I discovered the turning point for the fate of all humanity on Hawkins Hill – Eagle Mountain’s observatory. (Can you see where they got the name came from?).

The Tribe Location: Hawkin Hill is a little north outside of Wellington and set in a park with many hiking paths. You can see the observatory from afar. The easiest way is to go to the one windmill and then take the paved road westwards.

This was also on Eagle Mountain as a consequence and twist to the story, which saw Dal and Amber buried on this hill top.

The Tribe Location: It’s on the way from the windmill to the observatory on Hawkin Hill.

Power and Chaos, everybody. This is where the Chosen gathered to swallow the city whole and infuse everyone with their crazy idea of elevating a dead, mentally shaken boy with strange eye contacts and googles on his hat as their new god. Who knew this trend would turn into a sect of its own and make wearing robes and blue hair the latest fashion?

Oh, and the right pic is from where Bray stands on the roof in the credits. It is a hotel in real life.

[su_quote cite=”The Tribe Cast – Abe Messiah”]Feeling like something has set me free, knowing I belong in the tribe [/su_quote]

Here’s a triple for you: the place of May’s fishy monkeybusiness in the harbour together with Saline’s bulimia storyline and Ebony’s presumed death by falling into the water. (Really? I mean those boots and leather clothes where heavy, but death, really?!)

The Tribe Location: Karaka Bay Road (near the Weta Cave)

Hold on to your hats ‘cause this is where ever burning containers (apparently it never rained) and garbage set up the city atmosphere during scene changes and where the Technos made for their entrance. In real life, it is just another backstreet of Wellington.

All Blacks Fans can cheer now, but wait till the Technos take over their head quarters! Magically bringing electricity into the city again and suddenly having everything wired and CCTVed. Yes, that was quite the future forecast, wasn’t it?

Wedding bells rang in reality space when Ram finally completed his wifey set of three. In real space, it was the Wellington botanic garden and a rather hard one to find, but in the corner of the screen I found the garden shed and vóila, this is the place. Just imagine tulips and a disgusted bride.

Liberty, this is our destiny! Indeed, and that is where I am heading to now. Off to get a ginger beer at Ruby’s. See ya at the last of my spotted The Tribe locations!

When did you last watch The Tribe? And would you ever visit New Zealand to see all The Tribe locations yourself?

Rotten Eggs, Ziplining in Rotorua and a Real Maori Village (All Good Reasons to Visit)
Melbourne – A Hipster’s Paradise 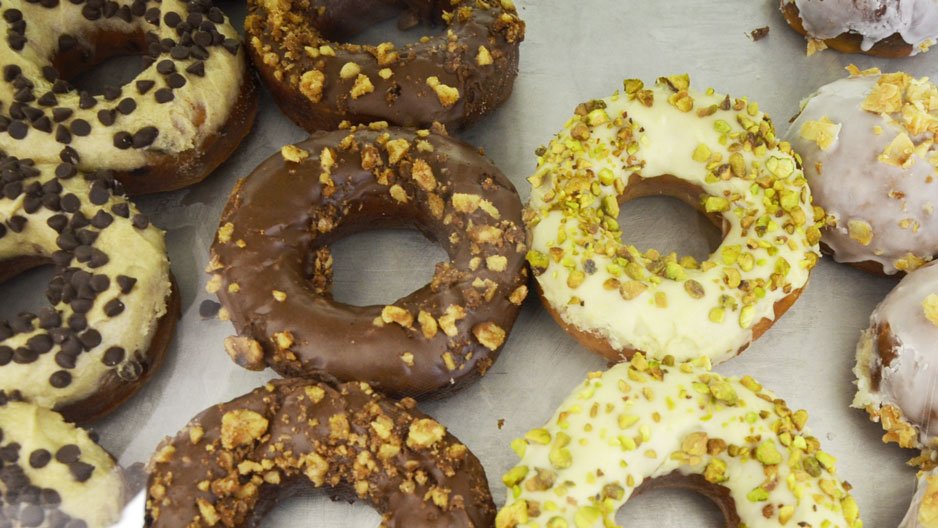 Foodies will Be Torn between these Restaurants in Houston and Galveston 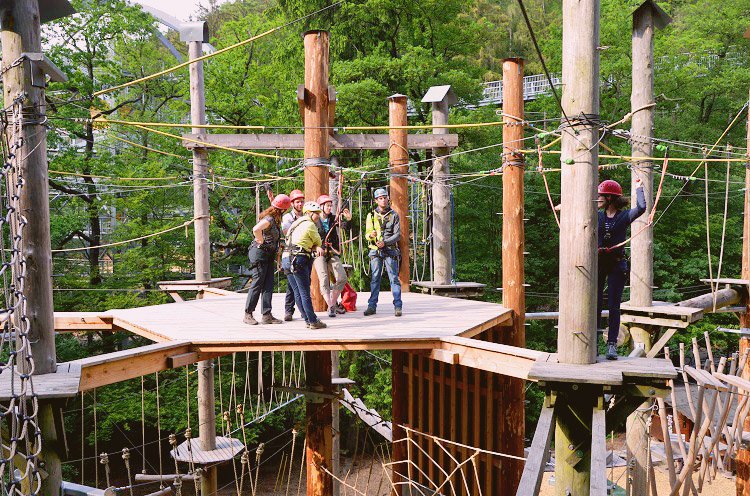 Don’t Miss these Outdoor Adventures in the Harz, Germany 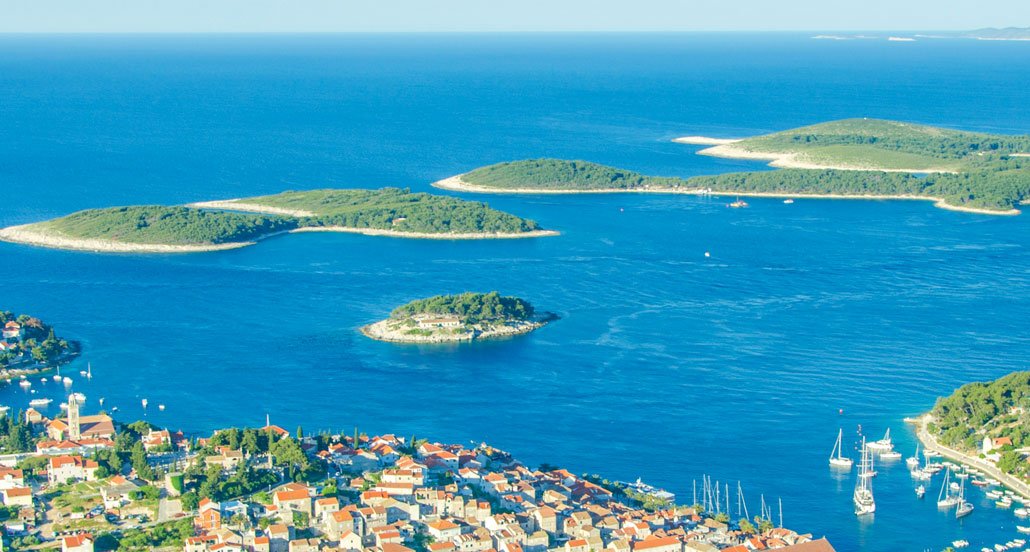 That Time I Almost Got Stranded on an Island in Croatia