Picture megalithic structures from ancient days, lazy cats dozing in the shadows of a former civilization and wall carvings that leave a hint as to its former days of glory and use. Tarxien Temples in Malta are definitely worth the trip! Here are some more travel tips for your Malta day trip.

What makes the Tarxien Temples so special is that it’s an archeological site made of four megalithic temple structures from different eras. The first – and most eroded – was built between 3600 and 2500 BC.

During the Bronze Age, the temples were repurposed to function as a burial site for cremated bodies.

Over time, the temples of Tarxien were abandoned and got covered. It wasn’t until 1913 when they were accidentally discovered. Local farmer were ploughing the area and getting annoyed at the heavy stones they encountered.

When the significance of the findings became clearer, the museum of Valletta was contacted and excavations commenced. Sir Themistocles Zammit, who was the museum director, lead the excavations and enlisted the locals to help.

He developed a new and more scientific approach to carefully lay bare and not damage the ancient stones. Also, he reconstructed three of the four temple structures during the process.

Now, the site is covered by a giant tent to save it from more erosion and it has been listed as a UNESCO World Heritage Site.

Importance of the Temples

The Tarxien Temples are the biggest and most complex prehistoric site on the island of Malta. Not only that, but their discovery led to the biggest excavation of Malta.

Furthermore, it made the public and government of Malta aware of the importance of preserving and managing historical buildings and sites on the island.

As a consequence, the megalithic temple complex was protected and laws passed to protect other significant monuments and Maltese attractions.

Besides, the findings, such as the carved reliefs of domesticated animals, knives and altars, as well as burned bones allowed for some deductions on the temple use and ways of sacrificial ceremonies.

It seemed to have been a central hub for the local community, political and economical activities. A lot still remains mysterious though.

What to See at the Tarxien Temples

The general outline of the apses, rooms and corridors can be seen from walks surrounding the excavated sites. Walk right in and take a closer look at special markings, such as giant holes that supposedly held doors in place. Two stone carvings of bulls as well as a suckling pig can be made out as well.

It was here that the famous ‘fat lady’ figurine was discovered. You can now see it as well as other findings and statues in the Archeological Museum of Valetta.

What Else to See

Tarxien in Malta isn’t very exciting in itself. You can stroll the old streets on the way from the bus stop to the Tarxien Temples. Take particular note of the doors with their various brass door knobs, iron wrought balconies and religious wall decorative pieces.

Besides the temples in Tarxien, you can also visit the super close by Ħal Saflieni Hypogeum. Different to the overground temples, these are underground burial chambers that stretch over several levels.

They have been dated back to 4000 BCE. A special feature are its preserved intricate wall paintings and carvings. Please note that you can only join via a guided tour (35€ when prebooked, 40€ when last minute).

If you’re into churches – and there are a lot of churches on Malta – check out Tarxien Parish Church. The church was built in the early 17th century on the site of three different chapels, with plenty of architectural changes changing its overall look a century later. Inside, you can find 11 altars in their own chapels dedicated to the Annunciation of Jesus.

Another notable church is the Church of All Souls, which borders on the Tarxien Temples. It is also known as the Church of the Risen Lord and looks strikingly modern, albeit not beautiful in the least.

Here as well, the church was built on the former site of a chapel. Its construction started in 1964 and it was centred around an elliptical plan as opposed to the typical cross-shape.

Routes 81, 84 and 85 also go all the way to Marsaxlokk Harbor in case you want to combine a visit to both. You can easily do both in a day or even an afternoon if you are on a tight schedule.

The closest stop to the Tarxien Temples along the bus route is called
Neolitici.

If you want to ease and convenience of seeing multiple prehistoric sites and not having to catch stuffy, crowded buses (and having to return to Valletta to catch a bus in the other direction), join a tour.

The Prehistoric Temples of Malta Tour, for instance, will take you to Tarxien as well as Hagar Qim, Mnajdra and Hamrija Tower. It takes 5 hours in total and hotel pickup (e.g. from Valletta or Sliema) is included. Reserve your seat here.

Tell me: Is Tarxien a must do in Malta for you?

The Best Things to See in Valletta
Never Heard of Zurrieq in Malta? Here’s Why You Should 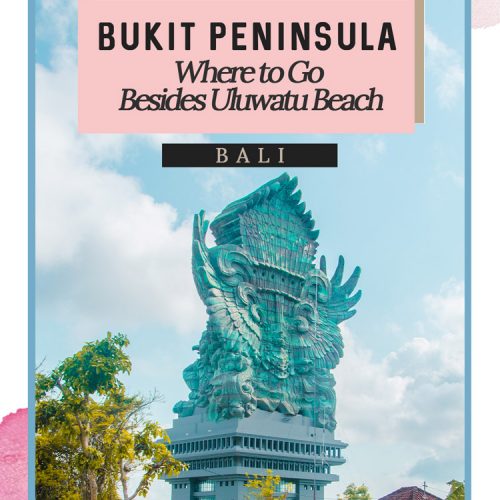 Bukit Peninsula Bali – Where to Go Besides Uluwatu Beach