If you think that tumblr is just for fangirling teenage girls you are wrong (although it’s pretty close to the core with). It is a perfect place for sharing visuals as well as content and can be used as a site for microblogging in its own right. However, for professional bloggers and those that want to gain revenue through ads, it is not the perfect place. So why would you consider using it anyway? Here’s how to master tumblr for professional use. 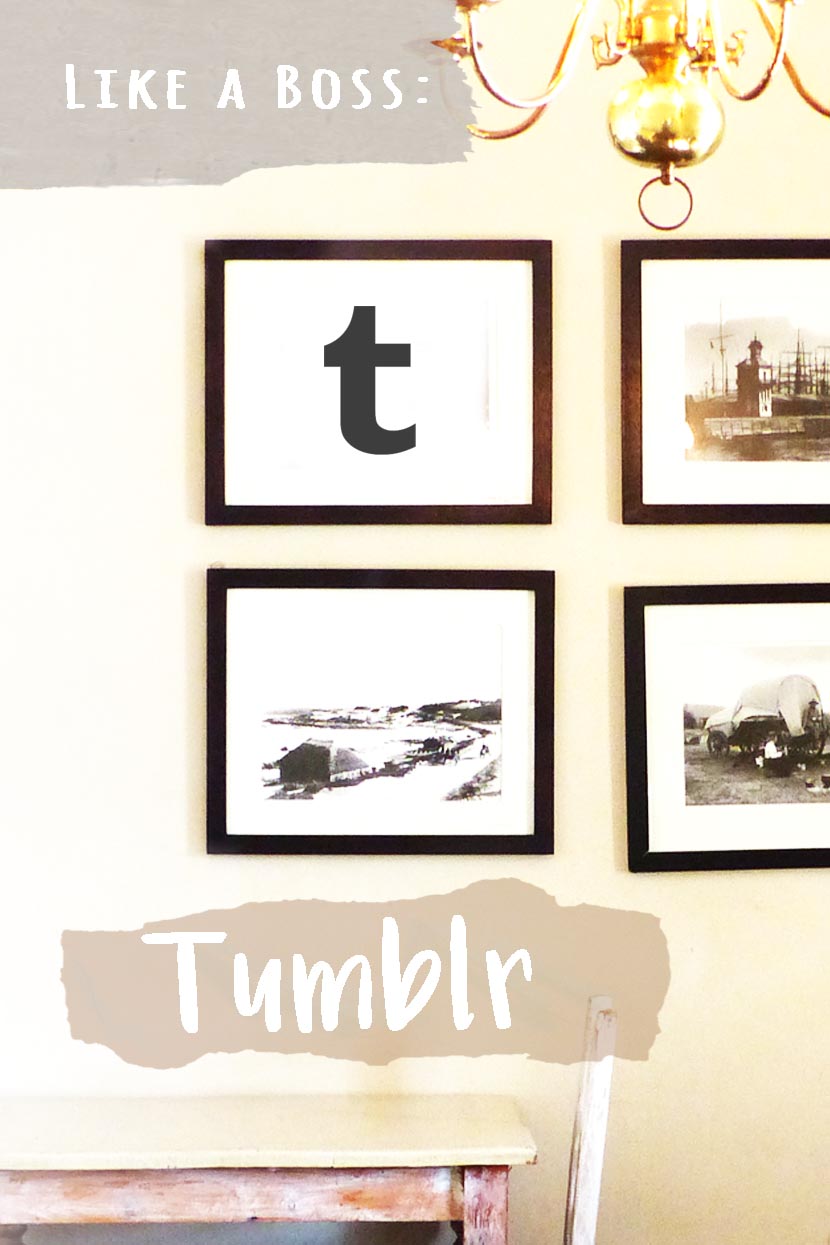 The most clicked shared content on tumblr are without a doubt photos. Tumblr is a visual platform and therefore this doesn’t come as a surprise. Quotes are also very popular. For some reason, photos that do not show people’s facesdo really well. Experiment with different croppings and see what your audience likes if you want to master tumblr.

Tumblr sees itself as transporting these four attributes: positivity, humour, creativity and transparency. Keeping this in mind gives you a good starting point of how to make your tumblr page appear. Dark and gloomy will not reach as many people as bright and happy, unless that is the group you want to reach.

While pictures are the most prominent and liked medium, you can display a variety of content and spice your feed up a bit. You can choose between text, quote, link, chat, audio, video and image. This way, you can link to other channels as well, such as Youtube, blogs, etc.

To make even the text more visual you can format it. Have it italic, bold or with bullet points. Include links – especially if you have a long text that requires a ‘read on’ at the end. This is your place to put your links and get those valuable rankings

Since tumblr uses dofollow links, you can help boost your google ranking by posting a lot on tumblr. On top of that you can increase link credibility (especially when it is shared often) and produce traffic to your site with each reblog also gaining you a valuable backlink!

With each upload you can attribute keywords, which make finding your image easier and increase your visibility. You should know that no matter hoe many hashtags you use, only the first 5 will appear in tumblr seach. So when you want to decide on which hashtags to use, check their popularity first by clicking on or searching for them.

Whereas on platforms such as twitter, instagram and facebook, links will be easily forgotten and disappear from view after some hours or maybe a day, 30 percent of tumblr visuals are reblogged even 30 days after the original posting. This means that you have a wider reach but also need to keep links updated so that they will still link back to you. 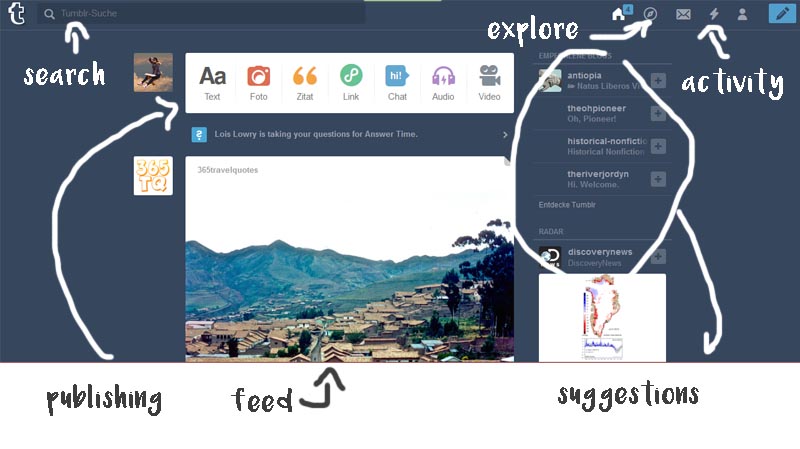 You can open a tumblr account, where you can host many different sub pages and even get an own domain name without the ‘tumblr’ in the URL. One more thing, if you do create different tumblr pages please fill in your descriptions. You can even create an extra page for this (with a spell check).

Being social on tumblr means hearting, reblogging and following like crazy. If you focus on doing that every day for a week you can get up to 1000 followers easily. I tried it once in my early and on-blog-related tumblr days! But don’t just follow anyone as their contents will clogs your feed. Try to stay within your niche to gain the content you want to see. And don’t be afraid to unfollow spammers.

While you should be careful of sharing other people’s content (especially uncredited ones), you are highly encouraged to integrate your fans and share their content. This is particularly true when they are using and displaying your products. Make them feel seen and appreciated to create a sense of community.

Commenting in tumblr is integrated but for more functions and including people who are not registered with the app, you can integrate disqus for free under ‘appearances’ and by typing in your disqus name.

With wordpress plugins you can automatically post to tumblr. In turn, you can link facebook and twitter so that tumblr content is published automatically on these platforms as well. For activating this, check the ‘services’ tab.

Tumblr has an integrated scheduling function, which is super handy when you don’t want to spam people but have a lot to share. Experiment with times that work best and then schedule multiple times a day and over stretches of time for better time management. Certain days also have special hashtags, so be sure to include them in your schedule. 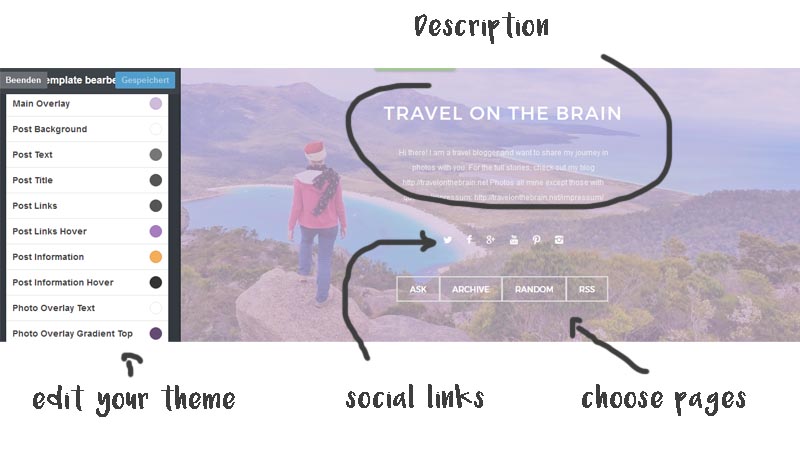 The best daily time to share on tumblr is between 4pm and 1am (think time after work) and Sunday is the best day to go all out.

With the speed of tumblr and the ferocity of sharing content by tumbler’s users, you need to be ahead of the game and post at least 20 times a day to be seen. Di you know that the maximum amount of posts is 250 per day?

Before you start with self-promotion, share content from other sites to establish your direction and niche and then slowly provide a daily dose of about 15% promotional and 50% entertainment together with the continued niche content. Decide upfront, though, if you want to focus mainly on own content or curate content (which shifts these numbers).

No matter for what purpose you are using tumblr, you can see recent activity in your analytics section. This way you see which content is most popular and create something similar, you can track down best times to use tumblr and so on.

Tumblr has lots of free themes and if you use google, you can fin some more. If that is not enough for you, there are also tumblr theme designs for purchase out there. Be aware that once people have added you, they will reblog mostly from their feed and not your pretty page but making it look enticing is the first step anyway. Think about what you want to see, colours, clear structure, embedded social media, portfolio presentation or more a newspaper layout?

Choosing your theme and tweaking it should be in line and reflect your overall branding. It is no use to have a edgy tumlr page when your website is all minimalist and classy. You need to stick with your target audience and the message you want to convey, otherwise you might disappoint them all. 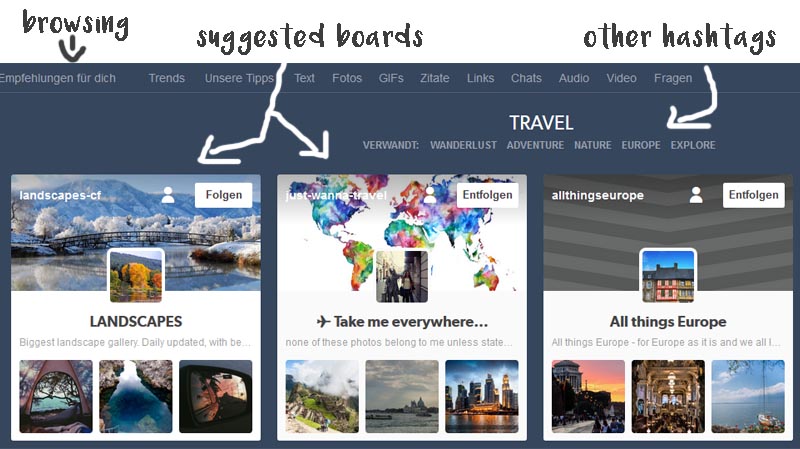 Tumblr has often been under scrutiny for the many breaches of copyright. A reblog doesn’t really attribute the original source and doesn’t give permission to use it in the first place. Think about all the many gifs of popular films! I am not sure the film studios approved those. So if you want to put your work out there, make sure to at least put your name and link in the descriptions

When reblogging, do not delete the original text and most importantly, not the reference to the original source! You can add your own comments to it and this even start conversations. To master tumblr, you have to stay fair.

Don’t be afraid to share content reflecting your brand’s history. While instagram often focuses on chronological narration and presentation with the occasional throwback thrown in there, tumblr users can go all out. Share new products next to old ones and behind the scenes looks next to polished promotion. Your content needs to be shareable and visually appealing when you want to master tumblr.

Even new to me, tumblr’s new network offers links between brands and artists for collaboration and sharing creative work. This way you can share exclusive and fun content in line with your brand and tap into new follower networks that the artist brings into the mix.

Wow, this was quite a lot on a social app that is often overlooked for brand use. What do you say, would you consider using it now that you know how much attention it can bring you? Do you want to master tumblr? 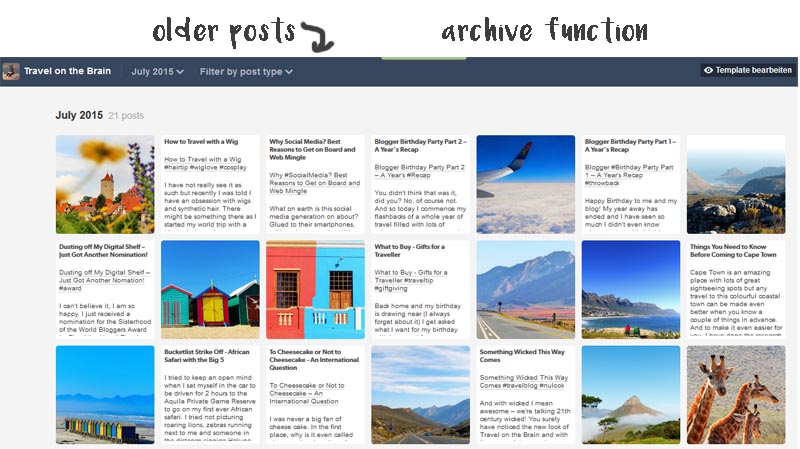 Listen Up, Solo Travel Doesn’t Mean You’re Actually Alone
How to Keep Your Reading Hobby while on the Road 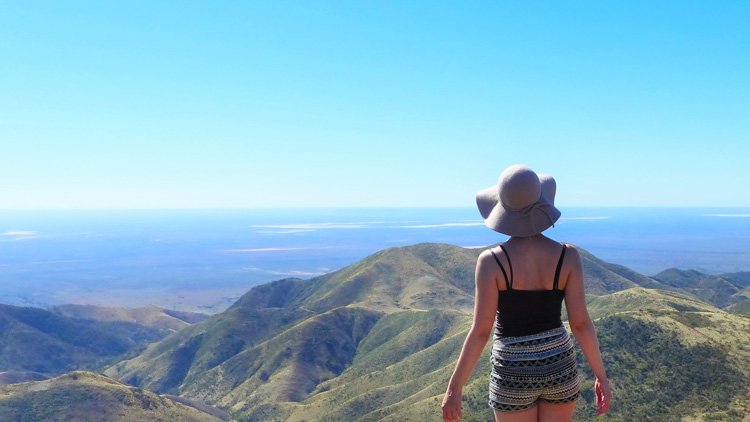 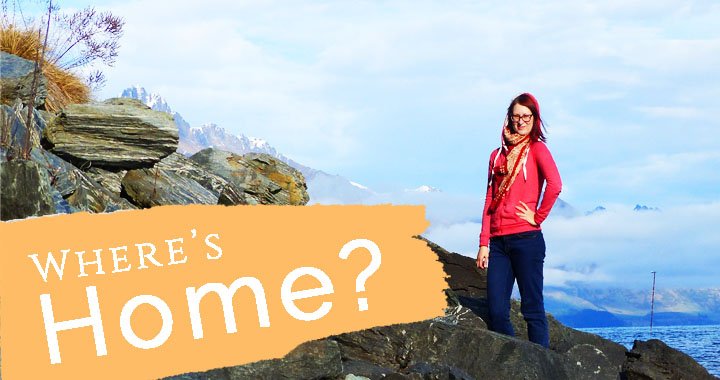 Where Is Home? Thoughts of a Constant Traveller 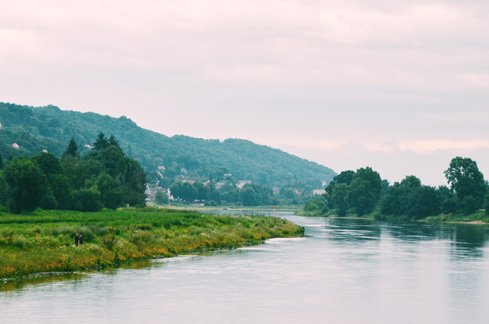