Isn’t it glorious how in only the short time of ten minutes, your level of ignorance for the day can already reach a staggering height? Imagine it being a barometer measuring the day’s air pressure, mine surely was on the brink of overflowing. And so I just smiled and nodded and asked some more questions. After all, that’s how you learn – and divert the attention from yourself. I fancied myself slightly brilliant. 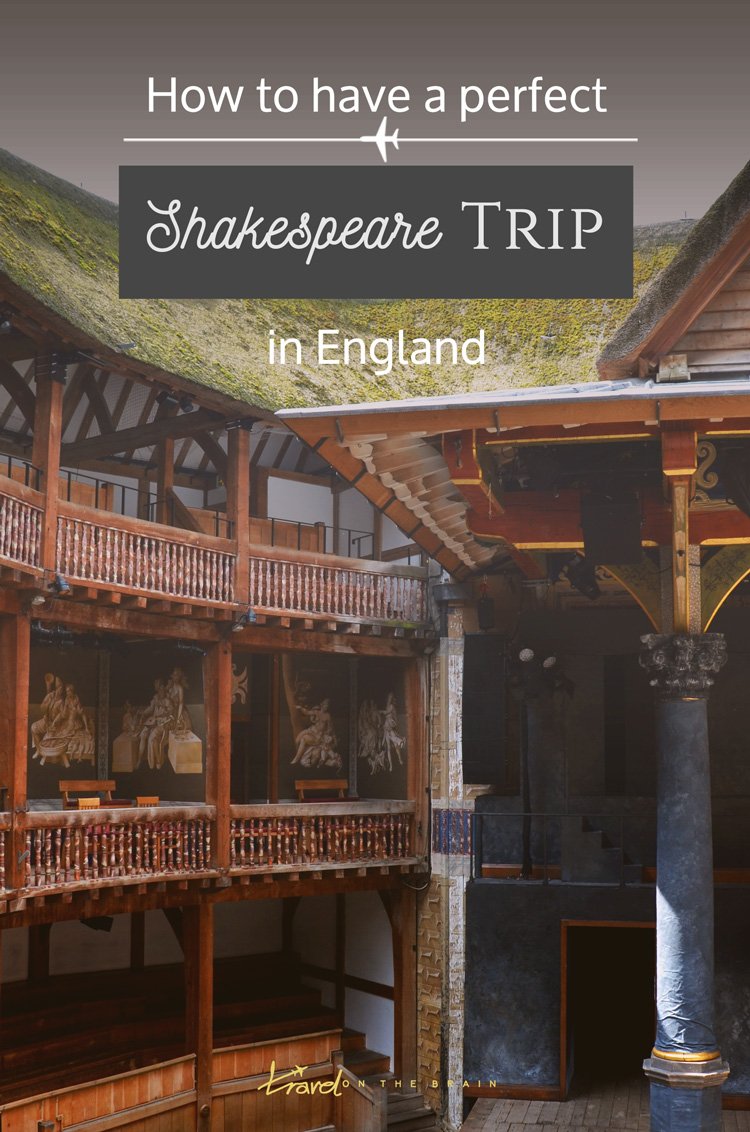 I would like to thank Visit Britain and Shakespeare’s England for making my nerd dreams come true and getting me to London and Stratford to learn more about and see Shakespeare in action.

The Blissful Ignorance of Knowing Nothing

But I needn’t have worried about being found out. The conversation was already in full swing and me, a very wiling spectator of the sling of tidbits spanning history, biology, cuisine and botany and the argument over very important key facts in the history of mankind. And then this happened. Naturally.

“I have been told that when I am in Germany I should look for a special sausage dish with curry,” came the very natural response to my revelation of me being German. The Oktoberfest came next and the obligatory excursion into German geography (‘You see there is a central state and even though all the cities you probably know are four hours away, we do have cities, though.’).

My subsequent explanation of Southern German traditional costumes was thankfully short-lived and we were soon talking about DIY rabbit mittens and the brutal demise of silk worms for the popular demand of shiny apparel. “I am now rather hungry for squirrel. Put up a spit and roast them over the fire. The grey ones are ugly but so delicious.” The conversation moved easily from one topic to the next with no apparent connection but that of random association. The educational insights by the museum staff was no less effective. 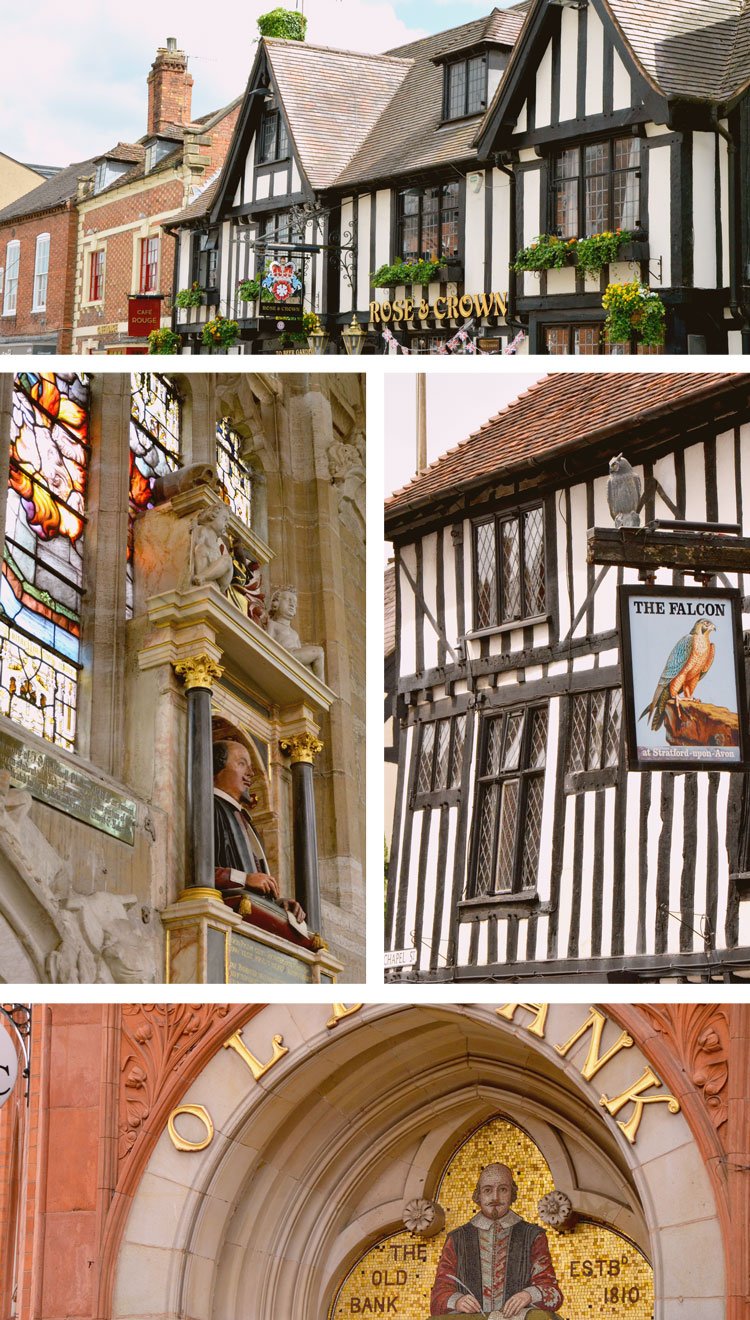 The World’s a Stage…

We spanned whole centuries of human achievements in only ten minutes. A very long epilogue to the answer as to why the old tree in the yard was filled with concrete. (It was believed a few decades ago that concrete was perfect for filling holes and keeping trees together. That is, until it became apparent that the contraction and expansion of concrete in different weathers actually caused more damage to the already fragile trees than before.)

In my mind I recapitulated my day’s learnings. I found out that a painting showing minute details of pressed creases in clothes meant wealth and a bunch of servants, that a diet of excessive food was cured by eating a type of grass (which actually contained enough vitamin C to help alleviate the scurvy symptoms), that 16th century rich people furniture was still in good shape and infant boys were dressed as angelic looking girls to avoid being kidnapped by demonic spirits.

I roamed through Halls Croft some more, diligently read all the information boards and then headed for the nearby Trinity Church to pay my tribute to the bard. Then, I roamed Shakespeare’s Birthplace for some more insights and when afternoon came around, I learnt all about theatre. Not only did I take the Behind the Scenes Tour of the Royal Shakespeare Company (there was once a bungy jump on stage!) but I got to see an epic performance of Cymbeline. 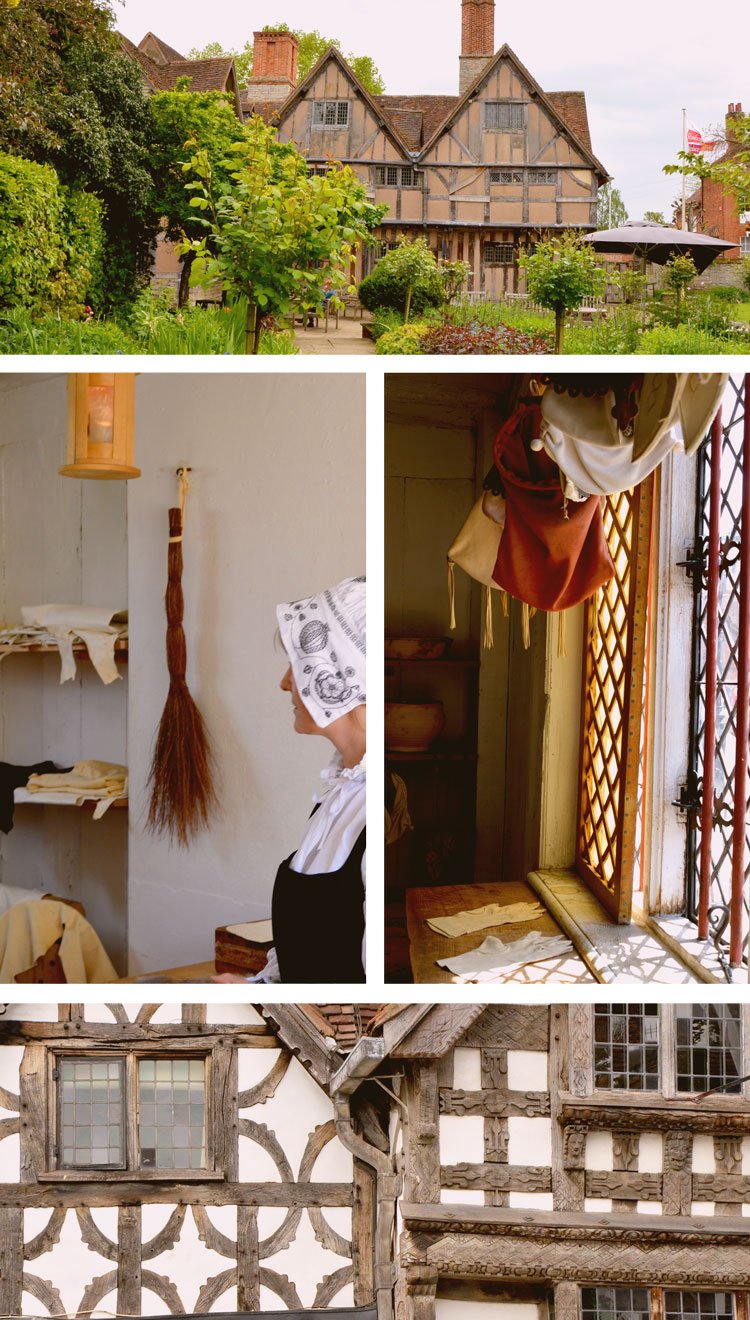 But Stratford-upon-Avon wasn’t my only stop when it came to Shakespeare. After all, 2016 was the 400th anniversary of his death (weep) and I had to go all out. Fun fact: it is believed that Shakespeare was born and died on the same day, 23 April. And so I went to his beloved Globe Theatre. Well, at least the one that stands today. It’s the third version of the Globe (one burnt down, the second one was torn down and the current one was meant for research reasons).

Here as well I took the tour and was delightfully entertained with our actor/guide. He brilliantly showed us how Shakespeare played with the audience’s emotions and performed an impromptu re-enactment of Romeo and Juliet. He told us all about bear baiting next to today’s Pizza Express, cross-dressing, the party pooping Puritans and that once a burning actor was saved by beer.

[su_quote]
CLICK TO TWEET: Fun fact: once an actor at @The_Globe set fire during a performance and was rescued with beer by the audience. via @travel_brain

After all of this Shakespeare talk, I made one final attempt at scoring a ticket for the day’s show (I had been asking every ten minutes as it was sold out) and my tenacity paid off – someone had returned their ticket! To pass the time, I stopped by the British Library and checked out their current exhibition ‘Shakespeare in Ten Plays’ with props, scriptures and all kinds of background information from performances from the very beginning. I was then perfectly equipped to see the Taming of the Shrew (unfortunately the actress hurt her foot and had to improvise a sitting performance).

This certainly wasn’t the last time I said hello to my good old friend Shakespeare and his famous Globe Theatre during a Shakespeare Trip (did you know there are 11 throughout the world?). Have you ever been to London or Stratford and seen a live performance?

Warning: The Only Real Danger of Travelling Is This
Review: SACO Apartment in London, Canary Wharf // Sponsored