It was a rainy Sunday afternoon and my eyes were illuminated by the bright light of the screen. Or was their shine due to my excitement over booking a string of flights to discover countries I hadn’t been to before? Then, suddenly the clouds burst and my mood fell. I wouldn’t be able to make it to the Caribbean islands this time. But that soon changed.

Fast forward to four months later, I found myself packing for my first ever cruise headed for… wait for it… the Caribbean! How do you even choose the perfect Caribbean island? Luckily, I didn’t have to.

I followed the invite of P&O cruises to explore their “gem of the fleet” as one crew member had put it and in the middle of January, just as the weather in Europe turned miserable, I was soaking up the sun and pushing tiny shells along the beach with my bare feet. 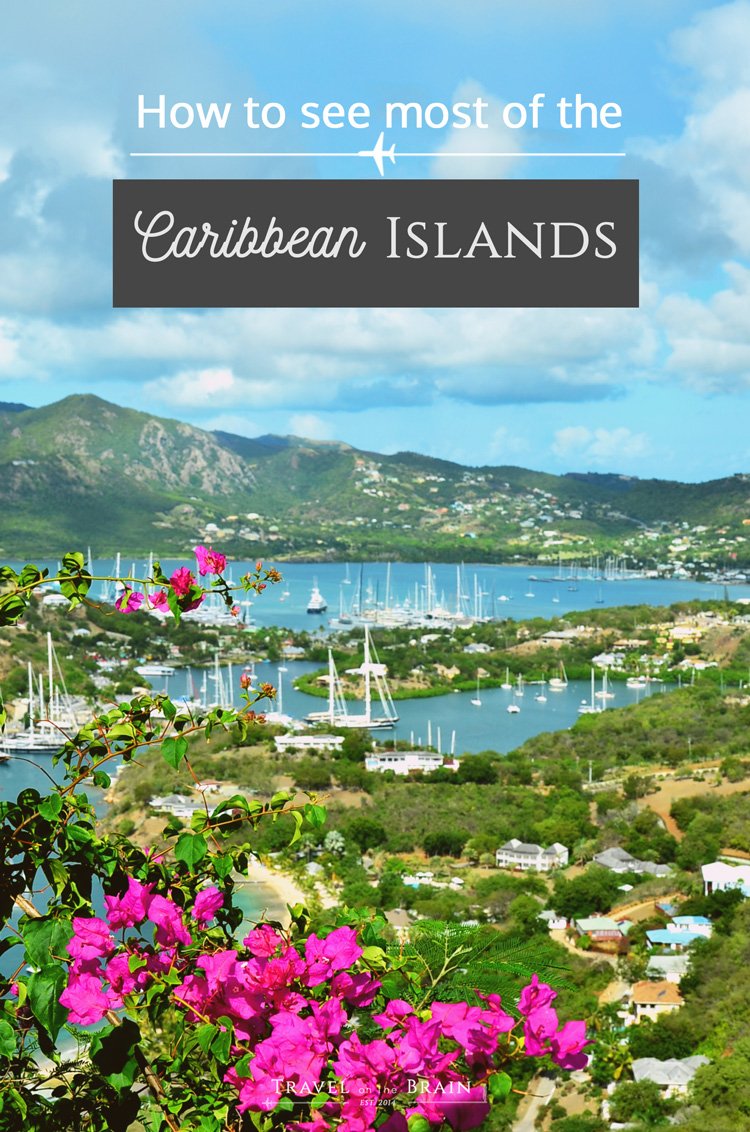 As I had never before been to the Caribbean islands and didn’t have too much time to delve into research (hey, packing on short notice for a 2 week cruise should not be underrated!), I found myself on board the Britannia without quite knowing what to expect. But that’s a part of travel I love and so I embraced it. I explored the Britannia and already showed you what makes the Britannia special, but what about the ports it anchored at? Our trip started from Barbados and we would visit 8 islands in total.

My Port into the Caribbean – Antigua

The first port we stopped at was Antigua and I went to do a day tour straightaway, which brought me to places all over the island. I would have had no idea this was such a beautiful place had I not joined. We got off at three different stops: the Block House, Shirley Heights and Nelsons Dockyard in the English Harbour, where we had fruit (rum) punch. 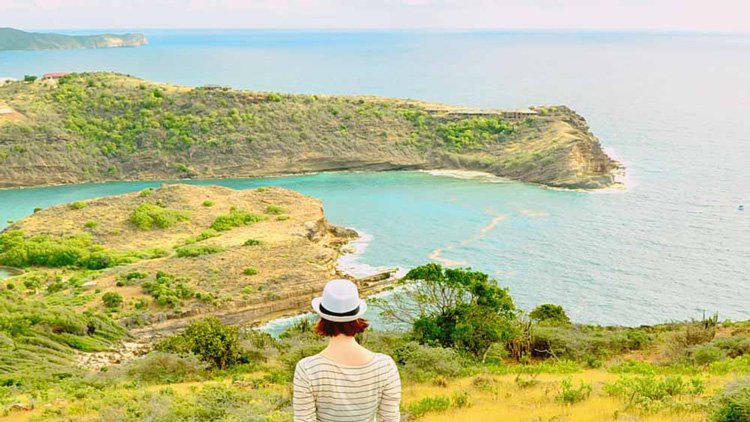 Granted, there are so many wonderful beaches on this Caribbean island that make your heart warm as much as your feet in the soft sand but then again, I was out for adventures and learning about a new part of the world, so the general sightseeing trip with some interesting pieces of information from our guide was just what I needed. Did you know, for instance, that Nelsons Dockyard is the only dockyard in the world that has a Georgian architecture style? Or that rum was originally used as medicine but since it was kept in barrels held together by led, it accidentally became poisonous? 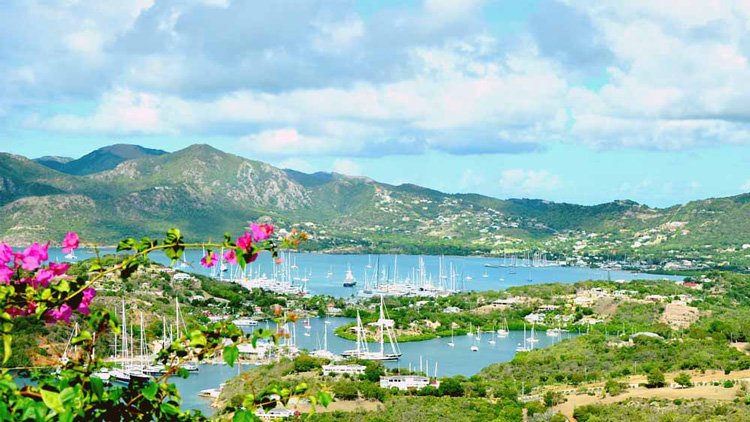 What I also was interested in regarding the Caribbean islands, naturally, was local cuisine. Staying on board the Britannia, you get some amazing food, lots of British cuisine and some artsy takes on it but also international delicacies, but not traditional Caribbean food (unless you go to The Cookery Class like I did). Classical dishes are fungie, which is like a polenta made from cornmeal, and pepper pot, which is a spiced stew served on special occasions. 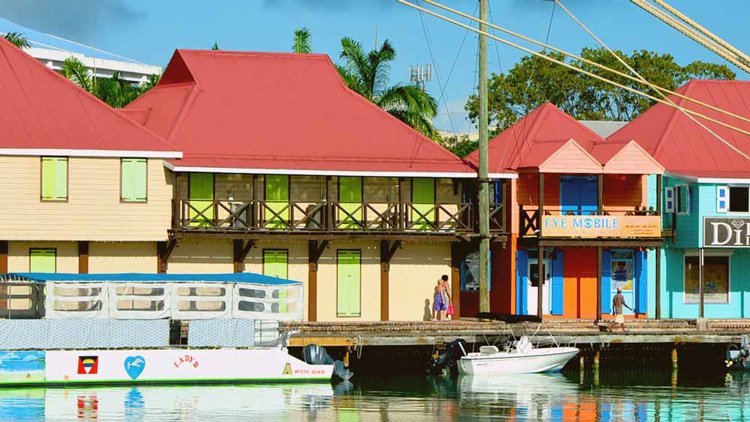 When I asked about chocolate cakes and was confirmed of them being eaten plentily (yay!) I wanted to know whether they are different so they won’t melt so easily in the hot temperatures. Would they melt easily? The response was: “Not if you eat it up first.” Fair enough.

[su_accordion]
[su_spoiler icon=”caret” title=”Caribbean Islands Travel Tip #1″ style=”fancy” color=”#ffbc66″] Arrive at least 15 minutes prior for your booked tour and check the location (e.g. in your onboard Horizon magazine if you travel with P&O’s Britannia). [/su_spoiler]
[/su_accordion] 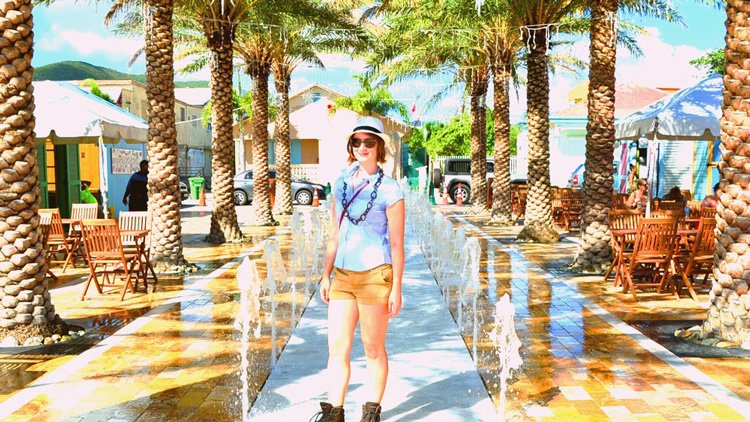 Of Beaches and Portsides – St Maarten and Tortola

For the next two islands I had not booked a tour as I procrastinated on the decision making and all tours I would have gone on were sold out. Never mind, I was down for some island exploring on my own then. To get from St Maarten’s harbour into town and near its beach it was a short 15 minutes walk and then I already was in the middle of the shopping and beach bar district. 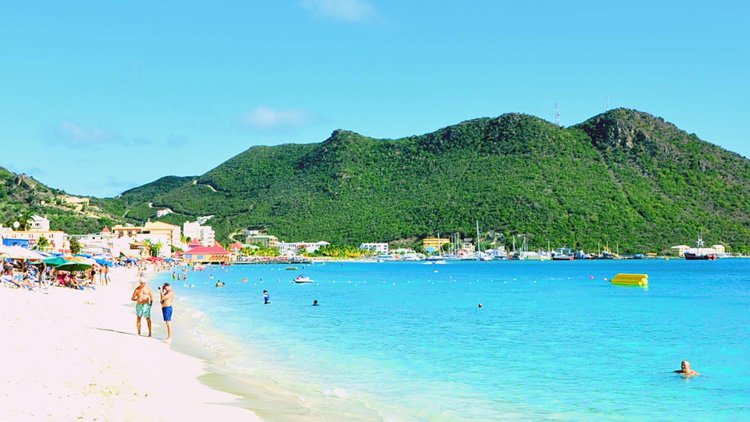 Everything was conveniently placed right next to one another and I took my time people watching, running towards and away from the waves (maybe I should have worn flip flops) and strolling throw the many side streets and peeking into people’s homes (or being barked at by tiny dogs in windows). The rest of the afternoon I spent sipping on my tropical slushie and trying to get into the public wifi. 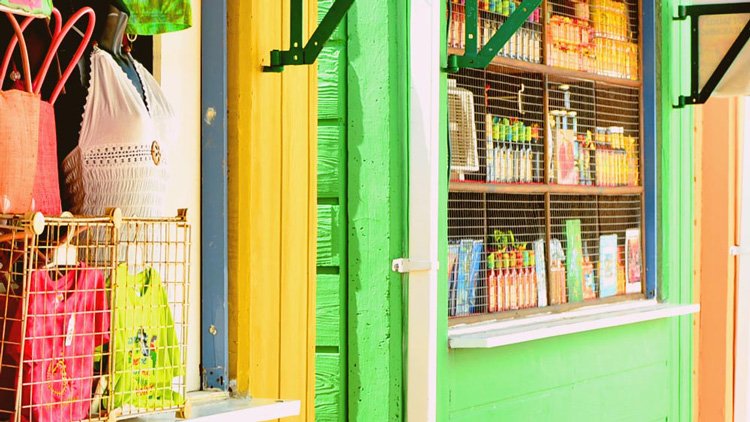 I pretty much did the same on the next Caribbean island, Tortola. Here I encountered a German couple who I teamed up with and together we made it halfway up the mountain to get a great look at our respective cruise ships. They were mighty impressed by the Britannia. We then walked around the town centre, past the landmarks I had listed on the info map I got on board and I even got to practice some of my Spanish with a cleaning lady. Who knew they spoke Spanish in Tortola? 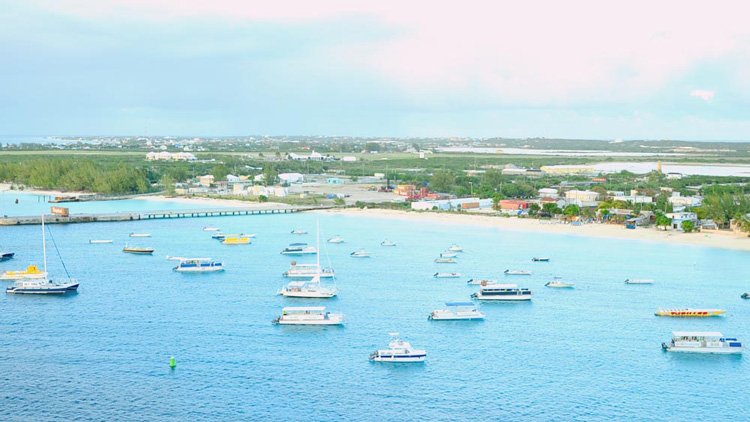 Into the Sea – Grand Turk

I had been walking around a lot and now it was finally time to dive into the deep end. I had booked a snorkelling tour in the reef outside of Grand Turk island followed by a sting ray meet and greet. Needless to say, I was excited and a tad scared. I mean, my very first attempt at snorkelling was about a year ago and I nearly drowned in my goggles. The second time was better but the corals in the spot of the Great Barrier Reef where I was, were amazingly bland and grey. 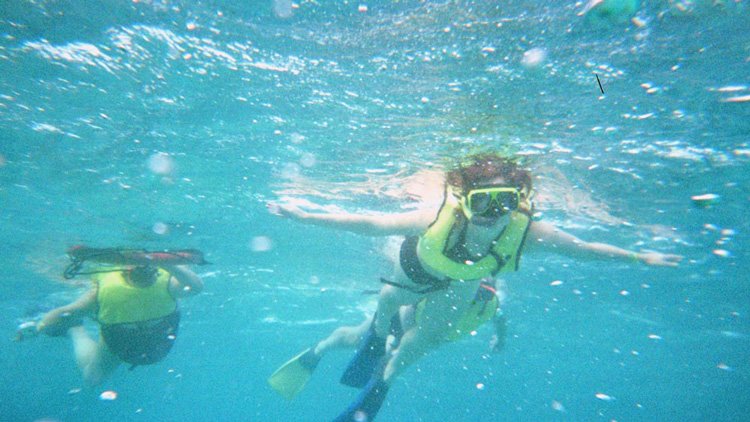 Turns out, it’s small plants and bacteria that turn corals all colourful. So I hoped for some here and got some. But on my skin. After my dive, I was covered in red blotches for a week. Not fun but that didn’t make the trip any less awesome (and I was the only one affected by whatever mysterious thing it might have been, of course). At first it was hard getting into the water as it is A) very wet and B) not as warm as I would like (it doesn’t have to be Japanese onsen temperature, though).

[su_accordion]
[su_spoiler icon=”caret” title=”Caribbean Islands Travel Tip #3″ style=”fancy” color=”#ffbc66″] Never underestimate the Caribbean sun – on and off land. A strong sun lotion needs to be applied several times a day unless you’re cooped up inside (and why would you want to do that anyway?). [/su_spoiler]
[/su_accordion] 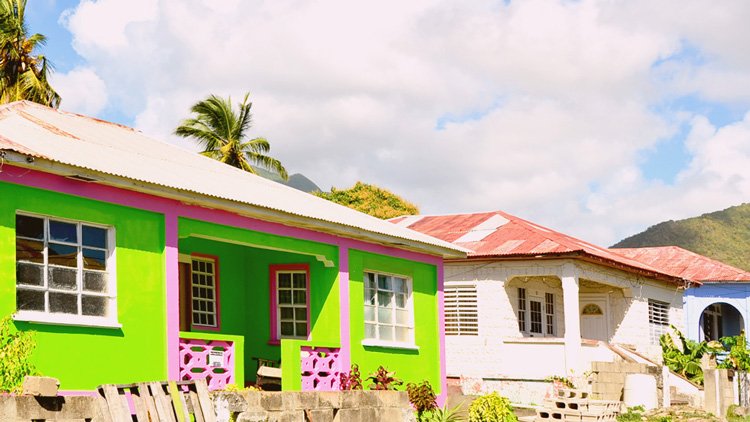 From Train to Cruise – St Kitts

Eager on staying dry this time (was I a cat in a former life?!), I booked a cruise around the island but with a train ride before it. I expected a little too much and got a retro train filled with people not even close to my age and being squeezed like a sardine so that I had trouble even turning around to look out. 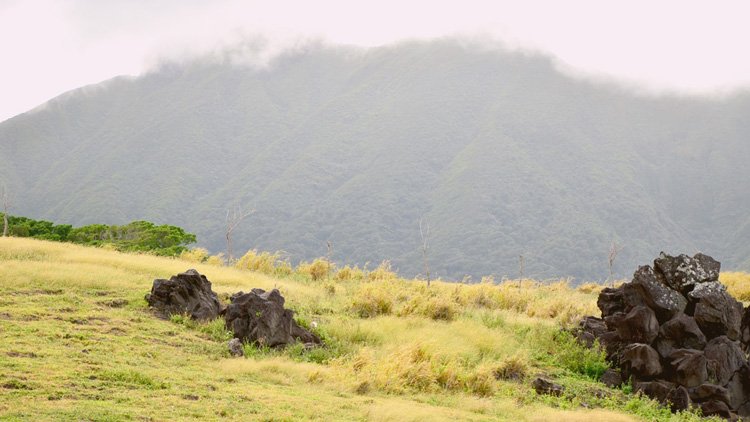 During the hour long ride, we received two complimentary drinks that took our waiting lady forever and my drinks never arrived unless I requested it after everyone had already downed theirs. Apparently, non alcoholic drinks are rather uncommon or forgotten. I made myself heard, was met with rolling eyes but persevered with a mocktail in hand. Victory can be so sweet! 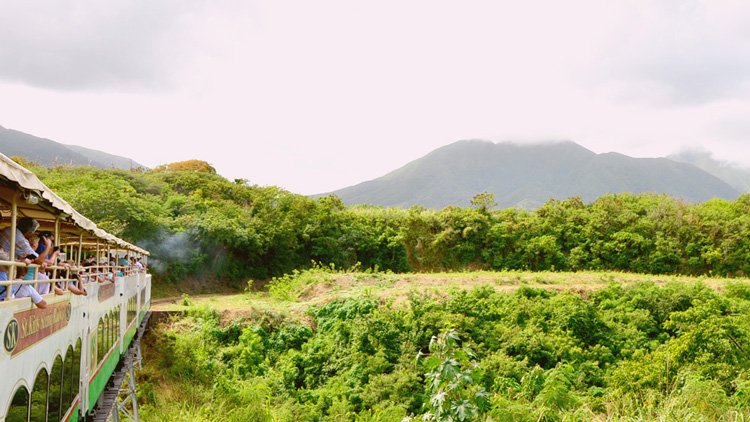 We trailed our way through abandoned sugar cane fields underneath giant volcanoes and next to colourful houses and waving children. The sun had come out and given the landscape that special kind of glow that the Caribbean also brings out on people’s faces. The cruise around the Caribbean islands, St Kitts and Nevis, right after was a rather bumpy affair but being curious to learn more about the island, the ship’s captain told me all about the sights and key buildings as we passed the island.

[su_accordion]
[su_spoiler icon=”caret” title=”Caribbean Islands Travel Tip #4″ style=”fancy” color=”#ffbc66″] If you are unsure whether a tour will be to your liking or what is expected, ask members of the crew for tips. Head to the daily tour desk during its opening times or grab a booklet and read up on the description. [/su_spoiler]
[/su_accordion] 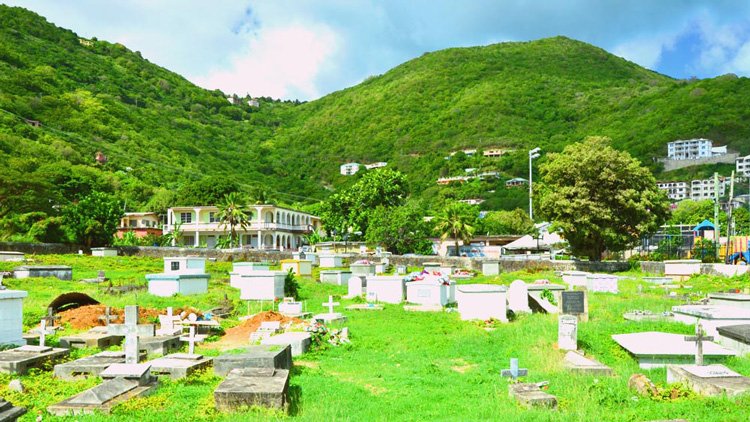 By the time Dominica came around, I was super eager to finally get my hiking boots working and dirty. Strolling on beaches and lounging on cruises was just not the same and my adventurous soul immediately jumped for joy when it beheld Dominica. I had heard, the island was the least favourite with many passengers as the harbour didn’t offer much. But the rainforests, everyone! Surely, you can’t be serious. 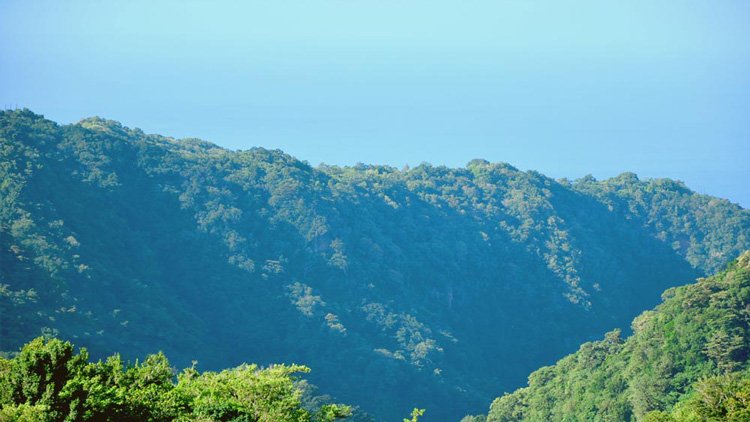 There are many different options of exploring the island’s rainforest and its waterfalls, from a quick stroll to a seriously long and somewhat challenging hike. I chose the latter and ended up jumping through streambeds and clumbering down rocks. It was very muddy as it had rained and drizzled inbetween (that’s a rainforest for you) and our feet were covered in brown sauce. At least I didn’t slip like the woman in front of me. But I was rather impressed by one woman mastering the walk in mere ballerinas (although I would never recommend this). 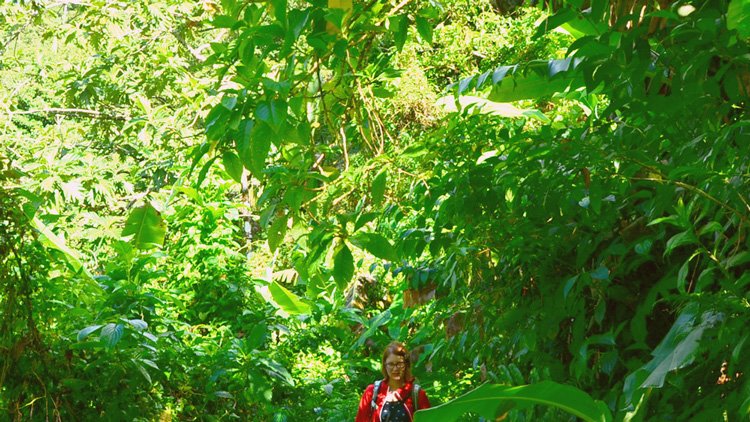 The hike led us to an enormous waterfall that literally took the breath away from the few brave souls that tried to swim in it. It was that strong! We saw a couple of rainbows dancing underneath the lush canopy caused by the wild spray and the streaks of golden sunlight before we headed back to grab some lunch. I luckily had changed my mind on booking a trip right after the hike as we were rather late and I would therefore have missed it.
[su_accordion]
[su_spoiler icon=”caret” title=”Caribbean Islands Travel Tip #5″ style=”fancy” background-color=”ffbc66″] Pack in advance for activities you usually participate in and don’t book trips one right after the other. [/su_spoiler]
[/su_accordion] 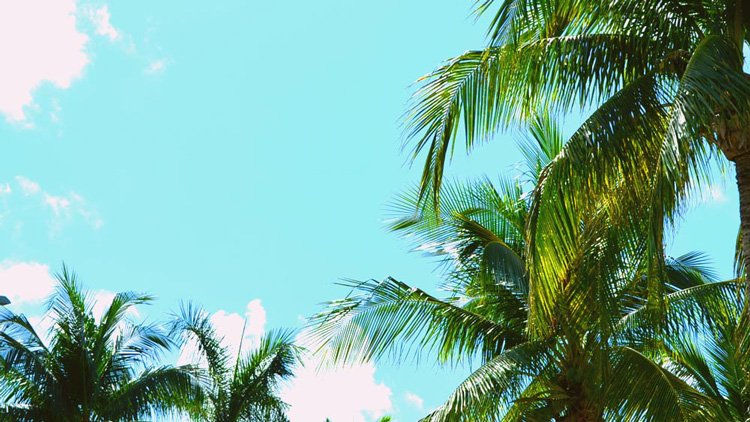 Having been on Britannia’s Caribbean Cruise alone, I can now add 8 new countries to my travel map, getting my count to 34. (Easily making me reach the general 30 before 30 bucketlist. Yay!) But numbers don’t matter anywhere close to me than do memories and I sure made my fair share in the 10 days I was cruising about o Atlantic and Caribbean waters. 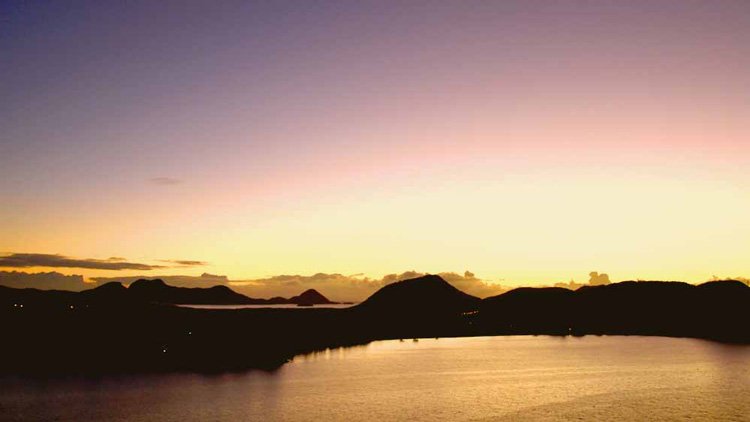 The cruise has definitely whet my appetite for more and I can’t wait to explore the world, now with a new travel style at my arsenal and with lots more information I can share with you.

As always, if you have any questions, comments or want to add your own Caribbean Cruise tips, feel free to share them with me. I love hearing from you! 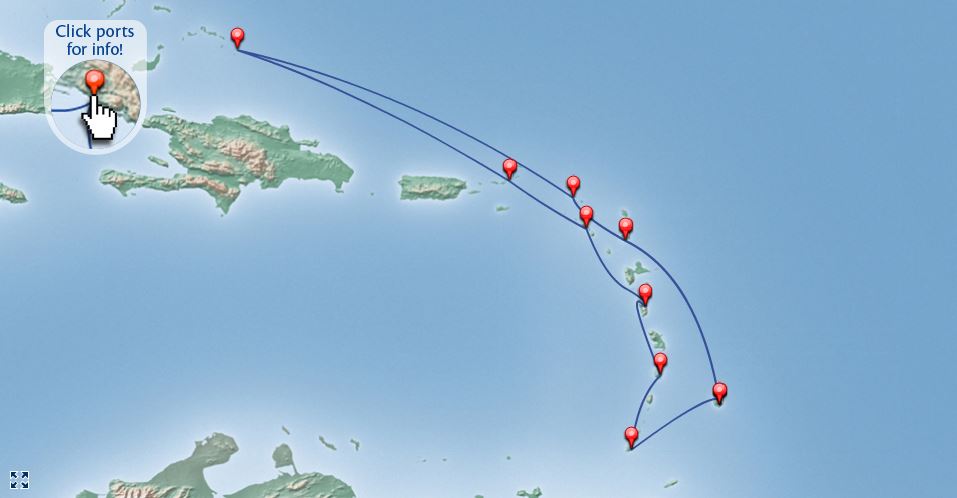 I would like to thank P&O and the staff of Britannia again for their hospitality and making this adventure possible. As always, my opinion remains entirely my own.