I have heard so much about you. Now, I finally get to know your winding roads, steep cliffs and roaring waves slowly eating away at your rugged face and shaping you in new ways over time. Starting off early, I hopped on the bus that would take me along the picturesque Great Ocean Road. With the sun overhead and photogenic clouds dotted across the sky we stopped at the viewpoints Point Addis and Cape Patton as well as the iconic sign that marked the GOR. 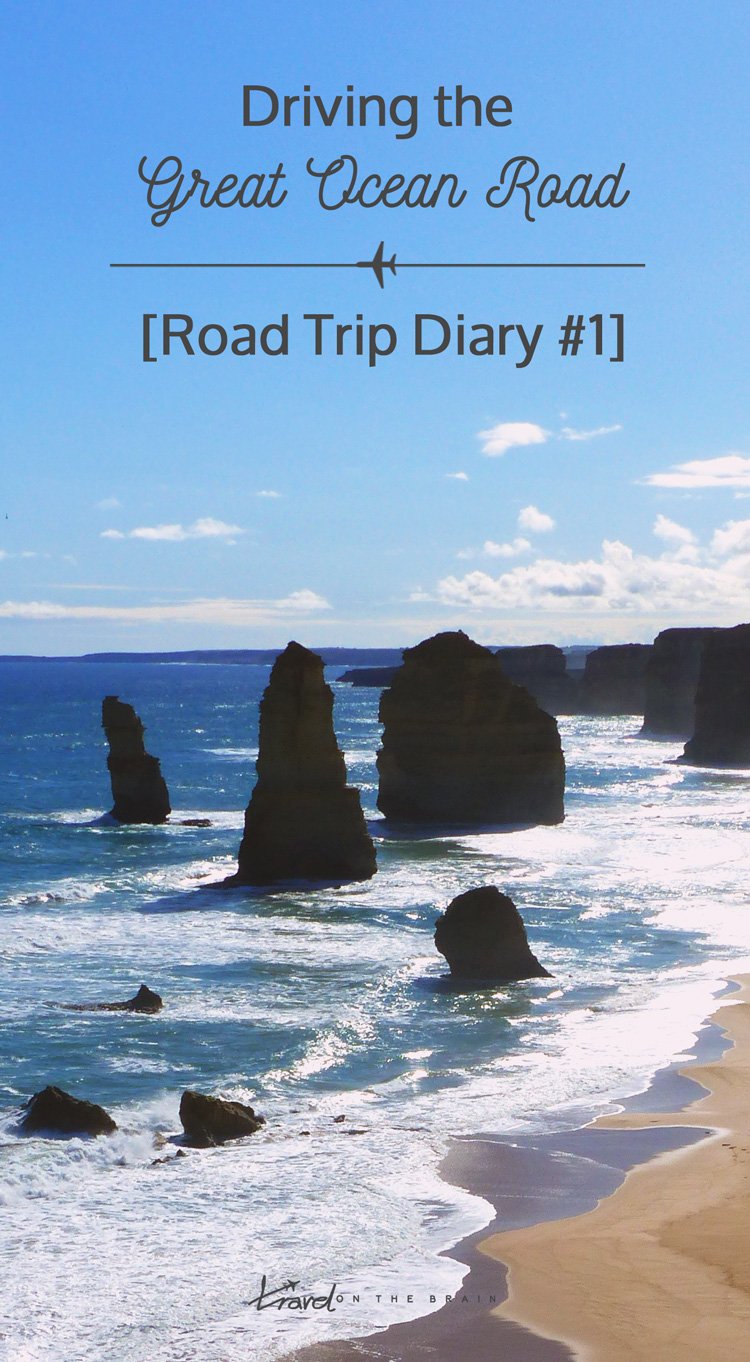 Having taken the obligatory touristy shots, we were whisked off again to Apollo Bay for a lunch break on the sandy beach with crystal clear water and small sailing ships in the harbour, which I – of couse – had to walk up closer to so as to take pictures. Consequently, I had to run back all the way to make it in time for the bus, grab a brochure for my scrapbook and off we went to the next stop – the ultimate stop on the GOR. 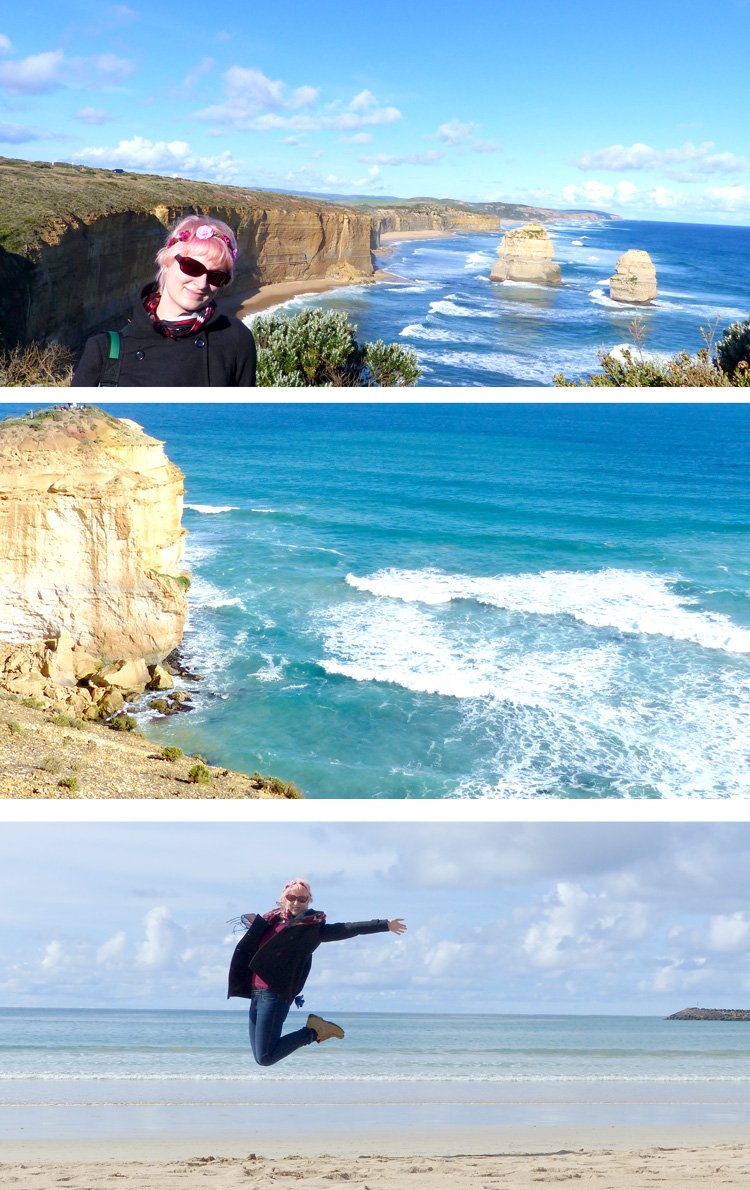 The 12 Apostles were really a stunning sight. Ruggedly lonesome they stood in the ocean breeze and the tireless motions of the ocean, slowly eating away at the limestone – which was what formed them in the first place. The impressive stone formation London Bridge is a perfect example of this, having passed from the second stage of having a gaping hole in the stone, creating a bridge over to crumbling down and leaving erect boulders standing. On top of that, we saw the beautiful bay Loch Ard.

Besides these wonders of natural landscaping, we also got to experience the diverse fauna of Australia with an army of King Parrots striving to sit on the tourist’s heads, a steak hungry Kookaburra and sleepy koalas dozing in trees. Carnivorous cannibalistic snails we did not encounter in the pristine Ngantanwarr rainforest, but intensively green moss and lichen covering twisted branches and Tim Burtonesque tree formations. 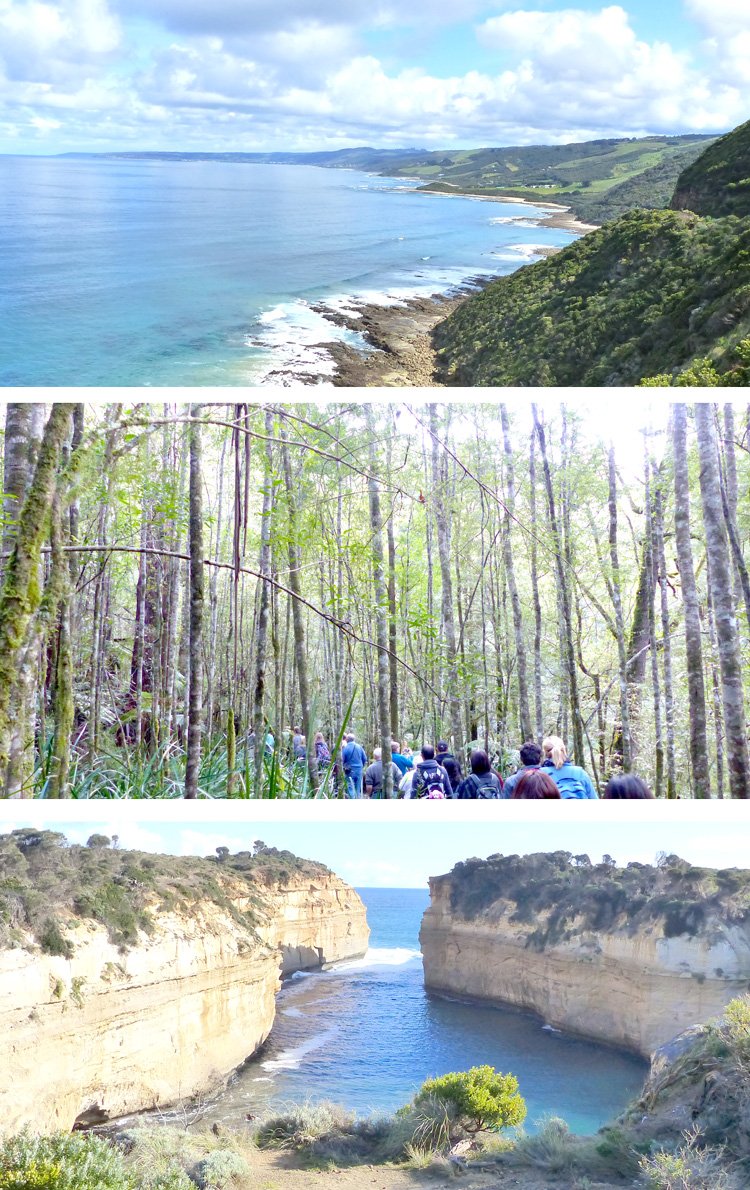 With dawn upon us, we arrived at the Grampians National Park and armed with a torch headed out into the coal coloured night, kangaroo hunting. Funnily enough, we spotted them very close to the camp and the further we headed out, the less they were. So we walked back and were utterly delighted when a kangaroo jumped across the road because its claws made the cutest clicking noises on the concrete. Heads full of kangaroos we made to bed and would wake up with seeing more of them the very next day. 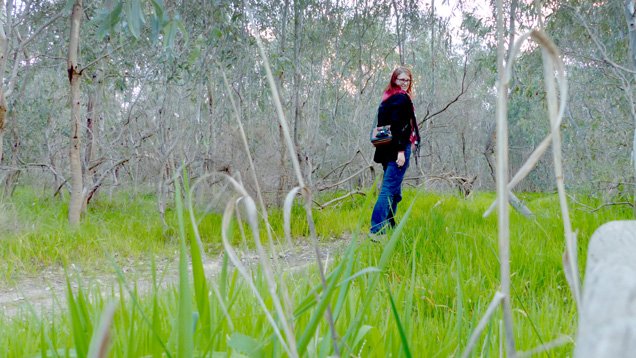 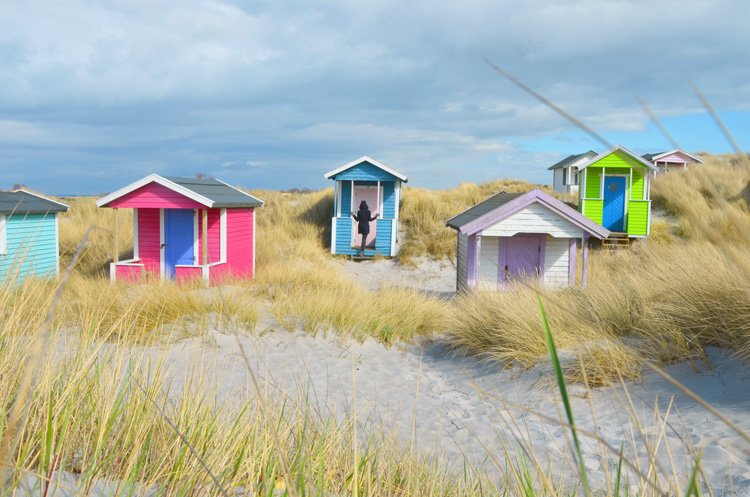 Get the Most out of Three Days in Malmö, Sweden