Imagine a colourfully illuminated mini Eiffel Tower on a busy Japanese street in Shinsekai that is decorated with childlike gods and a floating poke fish. Day and night, it is busy, filled with wandering Japanese tourists in search of delicious Osaka skewers and unique souvenirs alike.

But foreign tourists barely know of it – or the grand temple complex, Shitennoji Temple, that is just around the corner. Here’s why you need to include it into your Osaka trip.

**** This post isn’t sponsored but contains affiliate links (marked with a *). If you book anything from them, this doesn’t cost you anything but might give me a little commission to help keep this free blog full of more travel tips and me fuelled with chocolate to keep writing. As an Amazon Associate I earn from qualifying purchases. ****

In total, Japan’s second biggest city is comprised of 24 wards and most known is Chuo ward, featuring Dotonbori and Osaka Castle.

However, if you really want to explore Osaka, you gotta venture South. Trust me, if you are a temple and food lover, then you will love it!

To give you a more thorough insight into the area, here’s a little bit of local history and special features of Shinsekai and Tennoji.

Sadly, the ward Naniwa-ku was heavily destroyed during WWII. That’s hard to see nowadays as it’s rather modern and mainly residential.

What makes it attractive to tourists are its shopping areas, cafes and bars, particularly in the district of Shin Sekai (also written as Shinsenkai).

The name translates to “New World” and was roughly inspired by iconic Western landmarks. Back in 1912, it was here that Asia’s second tallest tower was erected.

It was modelled after the famous Eiffel Tower in Paris with its lower streets being inspired by New York City. Just don’t compare it too closely because you can hardly tell it today.

Back then, the area was extremely busy and people flocked to the streets to see food and entertainment. Today, it is much quieter and mostly visited by Japanese tourists and locals looking for a good time.

What to see in Naniwa-ku

You can find Japanese-style pubs and simple restaurants that seat quite a lot of people. Food is typically Osakan, with fried skewers (even fried ice cream on a stick), okonomiyaki and kushi-yaki (Japanese shish kebab).

Here are some of the best restaurants in Shinsekai:

Read this too: The best cafes in Osaka for foodies

Food in Shinsekai is not only fried finger food but also very much connected to the blowfish! No wonder a giant paper blowfish (beautifully illuminated at night) floats above the restaurant Zuboraya.

The restaurant was founded in 1920 and specialises in blowfish cuisine. Choose between deep-fried blowfish, “tessa”, a thinly-sliced raw blowfish arrangement in the form of flowers, “tecchiri”, a warm hotpot or “shirako” (soft roe).

Tsūtenkaku is known as the “Eiffel Tower of Osaka”. As mentioned before, the tower of Paris was the inspiration, though the Osaka tower doesn’t look too similar.

Just like the original iconic landmark, you can get up to the top for a great view over Shinsekai in Osaka. Note that it can get a little crowded up here. Still, the view – especially at night – is very nice.

In fact, there are two observation decks, one on the fourth and the other on the fifth floor.

Naturally, you can get some cute Japanese souvenirs done here. There are plenty of shops in and at the base of Tennoji tower.

Visiting the ward is great both day and night. Depending on the time of the day, it’s a slightly different feel.

That being said, it’s the most colourful and lively when you come after nightfall. That’s because the Osaka Shinsenkai nightlife itself is reason enough to stop by and enjoy local fare and drinks.

Overall, the eclectic mix definitely makes for a unique experience in Osaka and if you’re done with all the sightseeing, I heartily recommend a visit to unwind. I always schedule one in when I’m in town.

To really get that classic Japanese shopping alley experience in Shinsekai, stroll down Jan-Jan Yokocho Lane.

It’s part of a roofed network of alleys leading to smaller shops and restaurants, and therefore great no matter the weather.

Just like the rest of Shinsekai, the lane feels modern but somewhat outdated. It’s being slowly modernised but that retro feel is part of its charm.

Should you be into games, there’s an arcade to be found here, too.

Likewise very much retro is this Shinsekai theater, called Asahi Theatre. It can fit as many as 300 people and features two performances daily, one at 12pm and the other at 5pm.

The former cinema was repurposed and refurnished as a theatre in 1977 and features a variety of amusements. These include wandering theatre troupes from around the country.

Naniwa is the site of a number of well-known commercial areas. Nipponbashi, locally known as Den Den Town (Electric City) was traditionally a concentration for Osaka’s electrical appliance outlets.

The emergence of several large electrical department stores over in recent years has seen its shop space make a gradual shift away from the electrical appliance sector.

Of course, Shintennoji isn’t the only noteworthy temple in Osaka. Amongst Naniwa’s sites is the Imamiya Ebisu Shrine, locally referred to by the name Ebessan.It was built in the year 600 and is dedicated to the God of business wealth and luck. (You might have seen him in one local beer logo.)

Easily recognisable by the red and white lanterns, the shrine is a wonderful sight to behold, especially during the lively Toka Ebisu Festival.

The festival takes place each year from 9 to 11 January with millions of people attending. (So definitely book your hotel way in advance should you travel during that period.)

Furthermore, Naniwa is the site of the Osaka Prefectural Gymnasium (Osaka-furitsu taiiku-kaikan), where the Grand Sumo Tournament is held in March (Ozumo Sangatsu Basho).

Then, there is also Liberty Osaka, the Osaka Human Rights Museum, which was opened in 1989.

From outside, it doesn’t look impressive but Japan’s first human rights museum is remarkable. Its permanent exhibition really dives into discrimination experienced by the nation’s minority ethnic groups.

This includes the Burakumin, the Ainu of Hokkaidō, the Ryukyuans of Okinawa as well as Japan’s communities of Korean and Chinese descent.

The location isn’t random either. Formally it was a site for leather work, which is deemed unclean and gross in Shinto religion. Hence, people who produced leather goods were super low class and therefore mostly shunned.

Besides offices, there are 120 stores and a lush, green rooftop. You won’t expect this when standing outside, so do yourself a favour and get onto the rooftop!

The idea was to integrate a large park into the urban Osaka as a green retreat. The park isn’t just limited to the top but gradually sprawls all the way down to the street level.

Bordering right on Naniwa is Tennoji (天王寺区, Tennōji-ku). And there are a fair shair of things to do in Tennoji when you’re looking for off-the-beaten attractions in Osaka.

One of the most important Osaka landmarks to visit here is Shitennoji Temple ( 四天王寺 ).

Fun fact: Shitennoji is actually officially the oldest temple in Japan as it was founded in 593.

The name is derived from shitenno, the four heavenly Buddhist kings that serve to protect humankind from everything evil. The temple complex nowadays seems all new and shiny.

That’s because sadly most buildings were destroyed in fires and the latest temple buildings date back to the 60s and 70s.

You can walk around the premises freely. Should you want to enter Chushin Garan, the fee is 300 YEN. There is an additional fee of 500 YEN for entering the Treasure House.

Nearby, you can take a stroll along Gokurakujodo Garden. There are small streams leading to a pond and the cherry trees are super pretty in spring.

Alternatively, check out Tennōji Park. It is one of the most popular parks in Osaka. It also features its own Japanese garden, the Tennoji Zoological Gardens, the Osaka Municipal Museum of Art, water square and a small burial mound.

A good time to visit the temple of Shitennoji is during the local flea market on the 21st and 22nd of each month. 300 stalls will be set up, selling everything from food over vintage items to souvenirs.

Another big event is Dora Dora Festival, which is celebrated on January 14. Young boys are catching lucky paper charms inside the Prayer Hall.

How to Get There

There are several JR and local train stations around both wards, so you can easily get to the nearby attractions. You don’t have to walk a lot and everything is mostly even, so it’s easy walking.

To get to Tennoji Temple, you only have to walk a little over 10 minutes from Tennoji Station.

How to get around

You can use your Japan Railpass* or the more localised Kansai Thru Pass* for the JR rail in Osaka, but that’s a bit of a waste and better used for day trips around the Kansai region.

Instead, you can get around on local transport by using the Osaka Amazing Pass, which includes 2-day travel in Osaka. Get it here*.

While I personally never felt uneasy, even when walking Shinsekai Osaka in the evening, I have heard from a few Japanese friends that the entire area isn’t the safest in town.

They were a bit concerned when I told them I stayed there even though the area has many business hotels. (Or maybe because of that? I once stayed at a business hotel on a previous visit where I didn’t feel welcome or safe as a women. Take an extra look out for women’s reviews.)

So as always, be cautious, try to avoid walking by yourself at night and don’t get lost.

Read this too: 24 Helpful Safety Tips for Solo Travellers

The area around Tennoji and Naniwa is full of business hotels. Backpackers can get a good deal at Khaosan World Tennoji. Rates start with 33 USD and there are female dorms as well.

All rooms have their own bath, heating and air conditioning. Shampoo and showering gel are free to use. Check rooms here*.

Would you prefer an apartment near Tennoji? Shitennoji Temple is only 2.4km away from Chuan House.

Plus, there’s free wifi as well as a whirlpool and air conditioning. The owner seems to always be very responsive in case you have questions. Check the property here*.

At Hotel & Resort Bali Tower Tennoji you are only 2 minutes away from Tennoji station.

You’ll feel right at home in the comfortable interior design where all rooms are equipped with a TV, ridge and couch area. The tower also hosts karaoke and massage services. View current deals here.

Tell me: Do you have any questions about these Osaka sights? 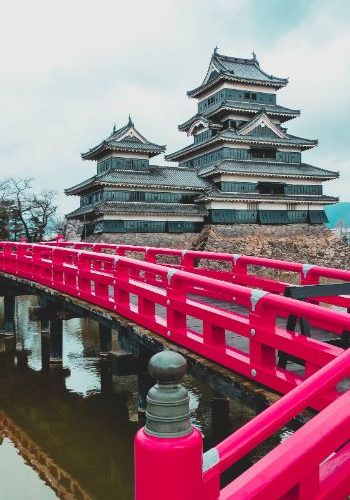 10 Things to do in Matsumoto, Japan 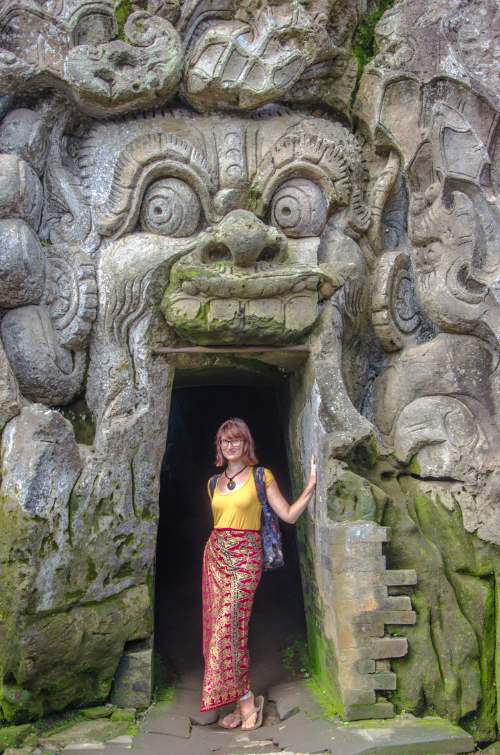 10 Things to Know about Goa Gajah near Ubud