So I did it. I tried out the nomadic life in Southeast Asia. I have been pursuing blogging in a professional manner right from the start. But in the first year I had been living life out of a backpack a day at a time, which wasn’t feasible and sustainable for my sanity and business in the long-run, so I had been on the lookout for a place to set up an HQ in, if you so will. 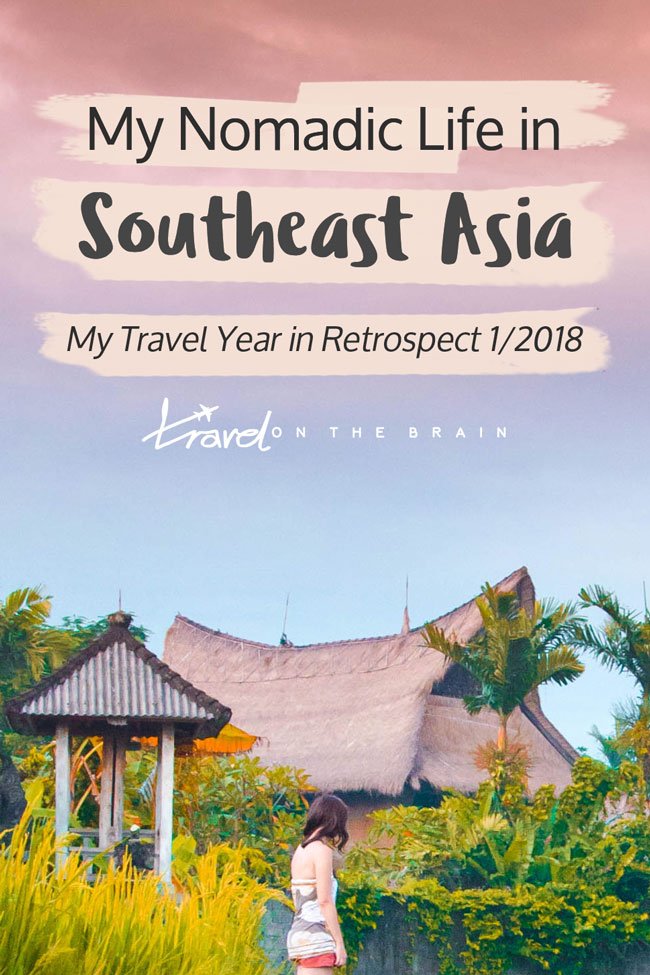 It never really happened, I never really clicked with any one place during my entire nomadic life. And to be honest, I was downright terrified of even attempting to settle down. Would this mean having failed as a travel blogger? Was I headed for a regular life after all, complete with a 9-5, Mon-Fri week, same places, same people? (And why did that seem like a scary idea anyway?)

So after my working holiday whirlwind 8 months of exploring Australia’s coastline and outback and then abandoning my working holiday quest in Japan for various reasons, I saw myself unable to go home without having booked an outward flight already. So I roadtripped throughout the US, hopped down to Costa Rica for good measure and then sailed around on a Caribbean Cruise early the next year.

[su_highlight background=”#ef7583″ color=”#ffffff”]Read this: How I became a digital nomad and started an adventurous life of travel [/su_highlight]

I (half-heartedly) tried basing myself somewhere: first in Malmö, Sweden, where my roommate kicked me out for a newly found boyfriend. Then Sofia, where I just wouldn’t stop exploring the Balkans instead of staying put. Then, I flew to Canada to look after 300 kids at summer camp in the woods. Restless is an understatement.

Living in and Travelling Thailand for 2 Months

Enough was enough and so I picked a region I hadn’t yet set foot in and I would limit myself to for half a year at least. Everyone was talking Southeast Asia travel. It was THE hub for a nomadic life, so I was told. So I would go on a Southeast Asia trip. First up, I landed in Bangkok and battled with even leaving my bed for a solid two weeks. I was extremely travelled out at that point. The nomadic lifestyle can only be sustainable for a while. Good thing I had rented a room at a coworking space in Chiang Mai for a month.

This was exactly what I needed. Rarely did I set foot out of the door, except to move my laptop over to my favourite cafe in Chiang Mai, go to the cinema ($3 only!) or buy groceries. In the end, the travel FOMO took hold of me – which is a very common thing for me – and I visited Chiang Rai, Doi Inthanon, Doi Suthep and surrounding waterfalls, before exploring the red lotus lake and Phu Prabat near Udon Thani.

I failed to connect with the local digital nomad community, not really trying, not really wanting to forge new relationships if I wasn’t gonna stick around. I could already feel that Chiang Mai wasn’t doing it for me. I loved the cheap local food, the crazy cafe scene, the lovely surrounding nature. But the air was somewhat smoggy and triggered my allergies, I wanted to find more like-minded people and I missed quick nature walks. Chiang Mai was a city after all.

[su_highlight background=”#d2d2d2″]Read next: Take the Quiz: How well do you know capital cities in Asia?[/su_highlight]

Living in and Eating My Way through Bali for 2 Months

Thailand was Plan B, originally I wanted to start my nomad travel adventure in Bali but then chickened out due to the volcano activity. Nothing happened and the rain season seemed to come to an end (couldn’t be much worse than the mild to chilly temperatures in Chiang Mai in January). So I booked a one way ticket to Denpasar and convinced my friend Milou from Explorista.net to move into a villa with me.

Being able to even say you are living in a villa with pool and view over lush rice fields in a quaint little local village that was 20 minutes away from the beach was insane! And I loved it. THIS was the nomadic lifestyle I could get behind. It felt so extravagant (And I was well aware I was privileged AF). I loved it so much, I mostly stayed at the villa working or chilling unless I met with new people in hip restaurants and cafes all over Canggu. During the New Year’s celebration of Nyepi I was also locked into my room involuntarily.

[su_highlight background=”#ef7583″ color=”#ffffff”]>Watch this: This is what villa life in Bali is like – if Vogue visited[/su_highlight]

I instantly connected to a dozens of other digital nomads of all areas, not just travel blogging and it was so interesting to exchange views and experiences. I met new awesome friends, spend a ton of money on good food (but much less than in the West), took breathtaking photos and just soaked up the sun. I even tanned! (Which is a major achievement for a chronically pasty person like me.)

Acting out my Nerd Dreams in Japan

Good times have to come to an end, however, and my time limit was set by the Japanese flower calendar. It was time to actually set out on a nomadic life again instead of staying put (even for a short time). The last time I visited Japan, it wasn’t such a brilliant experience. I was clueless as to how to actually get jobs on a working holiday visa, I was travelled out and struggled with the unwritten cultural code. I quickly turned into a grumpy hulk, snapping at people to get out of my way as I heaved my 25kg backpack around. Not cool, Old Me!

I knew it, so I buried my head in work – proper digital nomad style –, which send my mental wellbeing into an even worse state. I forgot to eat, to sleep enough and even to go to the toilet way too often. In fact, I worked so much, I missed one thing I had been looking forward to for 10 years: the wisteria season. Ironically, it was a mere 1 hour walk away from where I resided. Well done, Old Me. But this time around I prioritised my own wellbeing and fun levels.

[su_highlight background=”#ef7583″ color=”#ffffff”]>Watch this: This is what happens when Lara Croft visits a Japanese arcade[/su_highlight]

I dressed up as Lara Croft and ran around an arcade propped to look like a no longer existing slum of Hong Kong. Channeling Sailor Moon, I visited the cutest cafes in Tokyo. I danced among pink sakura alleys, paraded around the shibazakura at the foot of Mount Fuji, visited a Cat Street dressed as a cat (kinda) and had a film team follow me around for a trailer idea I had. I ate gyudon every second day, lived off of Japanese sweets and bought a ridiculous amount of souvenirs. I was running on a high.

Back to Reality in Europe

But all good things must end and already three weeks into my Japan adventure I could feel the high slowly ebb away. Japan has this funny thing of making you feel so free to do whatever. People don’t care, it seems. I could run around in colourful wigs, I danced in the streets and people wouldn’t point at me or loudly gossip. But quickly you adopt the patterns of a society that is working like clockwork, you cannot stand or act out for too much.

You start napping on the subway, get glued to your phone and the first comforting then isolating feeling of communal loneliness washes over. Japan can really drain you. It’s not a place to seek happiness, it is a place to chase your dreams and then leave. At least to me, and so that’s what I did and off to Europe it went. I had a layover in China – a country I had never been in before – and landed in Munich, where I instantly met up with a business contact. So what’s next?

I have a few projects lined up in Germany, will attend two digital nomad and travel conferences (one where I also will give a workshop and am the official photographer) and then, I am making the daring move I have evaded for way too long. I will make a move. My choice fell on Sofia, my Plan A from a year back. I really disliked it at first but the more I visited (and somehow that happened a lot last year), the more it grew on me. It is serviced by cheap airlines, Bulgaria is one of my favourite countries and there is a great digital nomad and foodie scene.

In short: it’s a perfect digital nomad solution and I will try it out for a few months! Wish me luck.

Tell me: can you relate at all to the struggle of having to pick a place to stay in for a longer while?

3 Day Itinerary for Chiang Mai, Chiang Rai and Surroundings
How to Get Your Thailand Visa Extension in Chiang Mai Within Hours
Where to Find the Best Canggu Restaurants
Where to Best Admire the Japanese Wisteria Gardens
2 Weeks in Japan – Where to Go, What to See
Bali Day of Silence – What you Need to Know about Nyepi 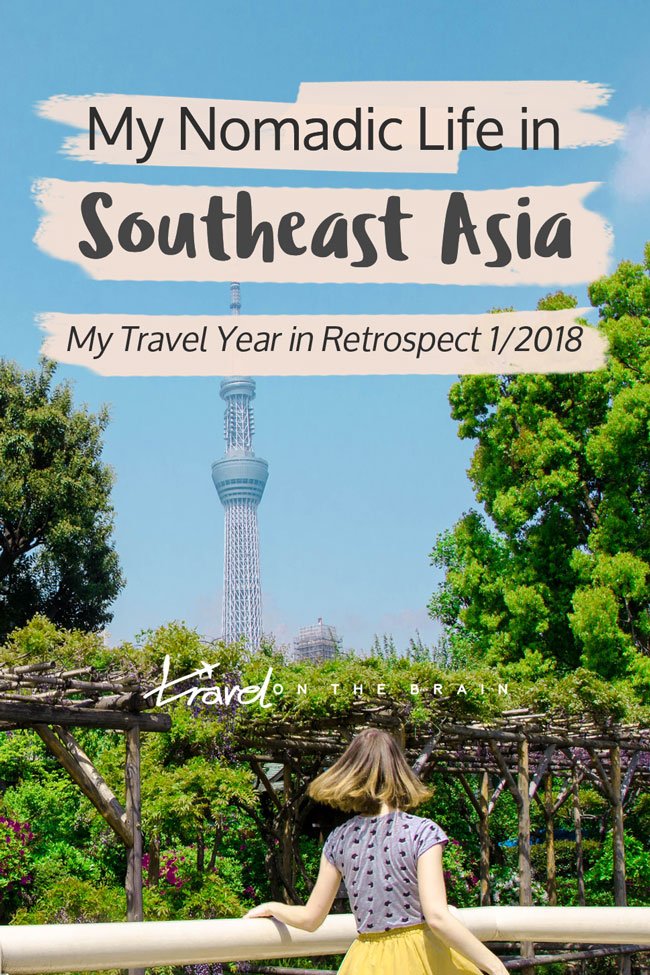 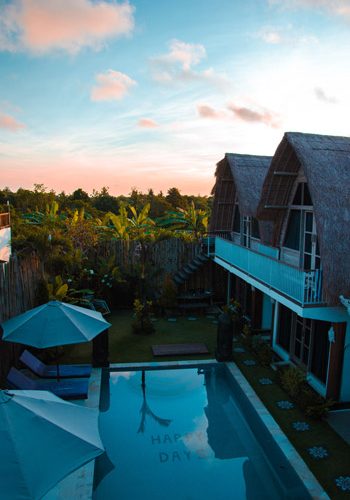