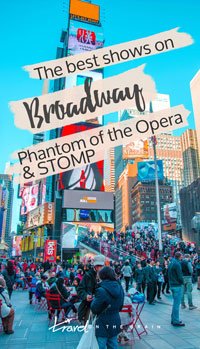 Updated Nov 2017. The wonderful sparkle of the night, excitement in the air and tickets waving back and forth in your hands – welcome to the Great White Way, better known as Broadway! It’s a little world of its own that manages to tell stories and capture audiences through up-close performances and dazzling glamour, whisking you away in the night and putting your feet back on the ground while your head is still in the clouds as you head back home in a dream like state, drunken on the show that is doing its repeated encores in yourflux mind. 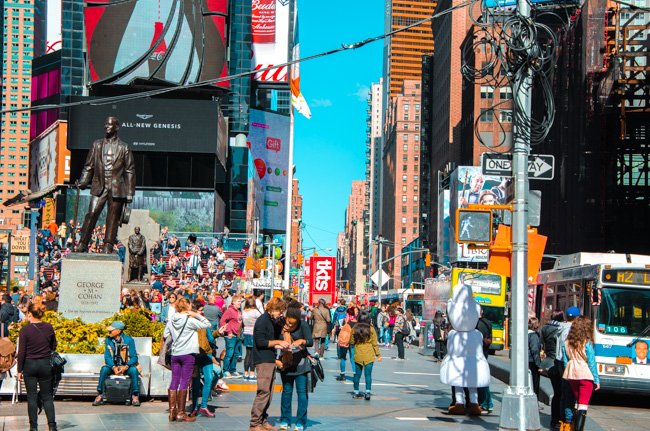 In short, you cannot possibly go to New York City and miss out on the best shows on Broadway. And so I was doing an excessive happy dance when Broadway Collection invited me to not only come and see a musical on Broadway, but THE ultimate musical that has been running the longest. Of course, I am talking about Phantom of the Opera. Dadadaaaaa. But as if that was not good enough, I was also lucky to be a ble to visit a performance of the latest off-Broadway craze STOMP. Before I get ahead of myself and enter a state of dizziness over happy dancing too crazily, I will let you in into the wonderful world of Broadway.

Even if you usually take no interest in common tourist attractions and stay away from crowds, you must admit, the flashing lights, electric atmosphere and sophistication behind one of the world’s best theatre districts has a magic pull to it. Fans of culture, theatre and arts will certainly not need a reason to ditch the crowds in front of the Hard Rock Cafe and animated advertisement, and have already emptied their purses willingly to gain entry into this one of a kind Wonderland.

Speaking of which, there are clever ways of getting your hands on cheap Broadway discounts. 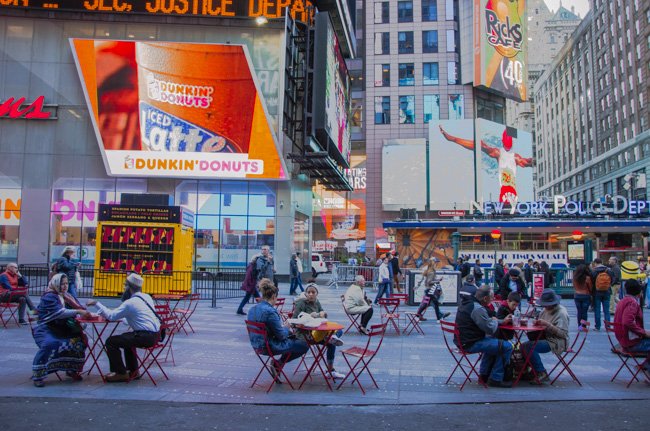 Did you know that the actual street called Broadway used to be home to theatre and shows for a long time but Times Square as the epicentre of culture in NYC is relatively new? And thanks to the ever glaring lights of Times Square, you will be left in amazement at any hour. These bright lights are also the reason for the nickname “Great White Way”.

But “the Broadway” is not just located around Time Square either. To cut a long story short, Broadway is made up of many different professional theatres that are located within the Broadway Theater District. Each Broadway theatre has a different amount of seats available and many have over 1,000 seatings. (Check the Broadway ticket listings in advance.)) But it does not end here. There is a whole sister world referred to as Off-Broadway but not lacking in fascination. These theatres are strewn all over New York City and have a much wider and more rotating set of plays on offer throughout the year. And if they perform well, who knows, they might even make it to Broadway, such as was the case with Hamilton and Dear Evan Hansen. 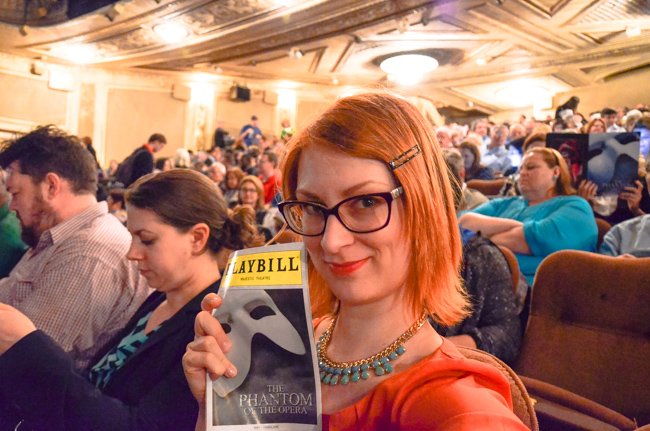 Phantom of the Opera – A Tragedy about Superficialities

Haunting. Powerful. Sublime. These are the three words with which I would describe my experience of the legendary Phantom of the Opera. I had only seen the film version from 2004 and had not seen any musical whatsoever on stage, let alone on Broadway. Talking about getting in the game big time (The Phantom has been running for 26 years this year). And it sure got me hooked! The theatre was just a little side street off Times Square and vibrantly lit with its many illuminated screens guiding me to the iconic mask and the ticket booth. I was lucky and the queue was not long at all (it helps if you get your tickets in advance or have them reserved).

Inside, I was instantly transported back in time to glorious times when people flocked to the opera in wide crinoline rocks and lots of frills and lace. Chandeliers were hanging from the golden ceilings and an opera theatre stage opened up to the marvelling visitors. The musical started quietly with the auction opening and certainly caused for quite a gasp coming from the audience during what happened next (if you haven’t seen the musical yet, I won’t spoil). All in all, the singers were fantastic and you could feel the characters’ emotions coming off the stage and dragging you right into the play. The main theme kept playing in my head for days. Truly, it deserves to be the title of longest running and one of the best shows on Broadway. 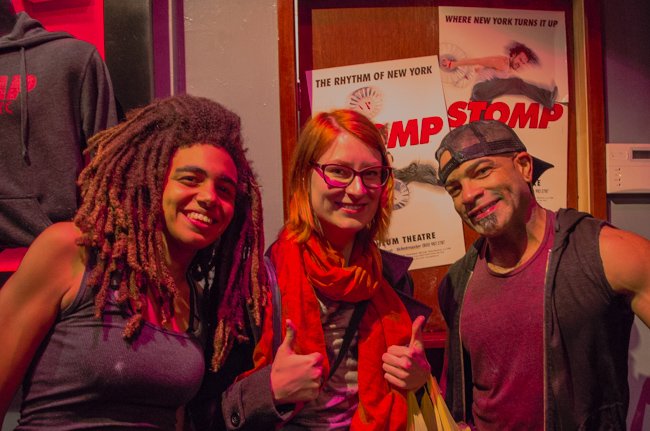 Exhilarating, fast-paced and immediate are the first three words that come to mind with the unique percussion performance of STOMP. It is not your ordinary music show where people play instruments and create engaging music. No, here body artists create instruments out of nowhere and include the audience to both break the fourth wall and show the universal inclusiveness that is music and dance mixed with passion but, at the same time, to also destroy the illusion of it being super easy. Believe me, I did not know how hard the art of clapping was until they encouraged th audience to join in.

The rules are thrown overboard to create a whole new set of street cred and musical sass that combines seemingly random ordinary objects, from mundane broom sweeping to eccentric dishwashing, and turns it into a cacophony of bombastic sound mixed with clapping and stomping. Even the smallest of sounds can be found within the spectrum of a hand touch or using a common lighter. Playing with motion adds a whole new layer to otherwise music and dance based shows and everyone left the theatre wishing to drum on random objects along the way home. 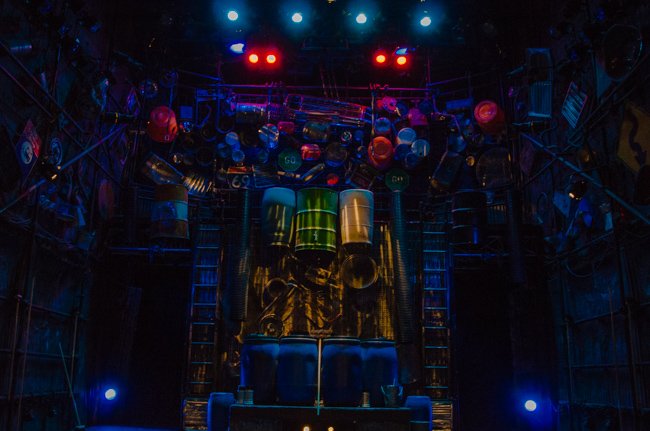 If you want to get your hands on your own show tickets now, there are certain things you need to know first. To get a good overview of what currently is playing (not like me, who wanted to see Gigi way after it had stopped playing), discover brand new news and take a look at photos from the shows, check out Broadway Collection, where you can also book individual tickets. If you find what might interest you, I say book it straight away. The sooner the better or else you will be disappointed to find all tickets have sold out except insanely expensive ones (how about paying $202 for premium seats to the Phantom, for instance).

If you want to snatch a discounted ticket of the best shows on Broadway, you have to bring patience with you. You can get them at the TKTS booths, which are on Times Square, South Street Seaport and Brooklyn, for on the same day performances and a day in advance for matinees. Again, come early and be prepared to stand in line for hours. So you see, your best option is to book them as soon as you know you’ll be coming to New York, such as through a travel agent. To get the most out of your stay in NYC, you might wanna engage in some serious sightseeing. It is entirely possible to do that on a budget with a CityPass. There are four things absolutely worth visiting NYC for: Broadway shows and culture, fashion, food and sightseeing.
Flights to New York City with STA Travel

Now, let’s shine the spotlight on you! Have you ever been to see a musical and would you want to come over and visit some of the best shows on Broadway as well? What would be your long-term musical or show wish? Drop me a comment.

Photos of and tickets for the performances were kindly provided by the Broadway Collective to make this review possible. 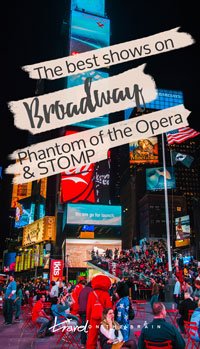 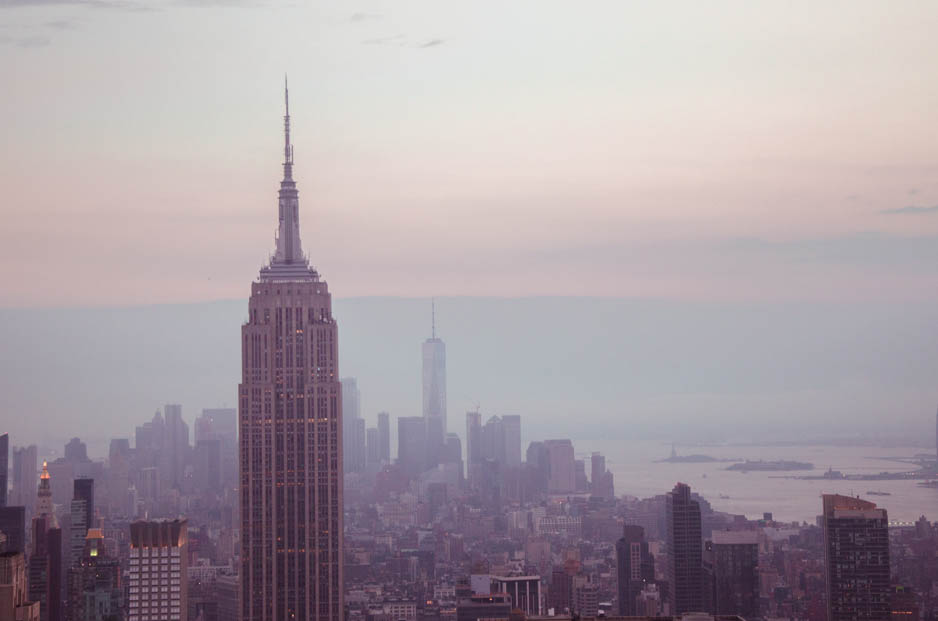 How to Shoot NYC Skyline Photos Like A Pro