Germany loves their Christmas markets! Saxony has their fair share of stunning ones as well. Cue the Naumburg Christmas Market. Here’s why you need to visit and what’s handy to know in advance.

Naumburg is a charming town in the German state of Saxony-Anhalt, right by the state border. This means, you can easily combine your visit to multiple Christmas markets in Thuringia as well.

Besides that, Naumburg is an official spa town and the centre of the northernmost wine region in Germany. It boasts a super photogenic medieval town centre lined by grand and colourful town houses.

Plus, it has an impressive cathedral, which you can visit as well. And then there’s the town church St Wenzel, in which the organ was officially inaugurated by Johann Sebastian Bach himself in 1746!

How to get to Naumburg

Naumburg has its own train station and you can easily reach the city centre from here. If you want to take the train to various European destinations, get the cheapest prices on Eurail passes here.

For instance, from the city of Jena, a direct train ride is only 30 minutes. From Dresden’s Christmas markets, it takes 2-3 hours one way. Check out my train tips for Germany.

Sadly, there are no German intercity buses that go to Naumburg, such as Flixbus. An alternative if you don’t have a (rental) car is to do ask for a ride share on Blabla Car or in facebook groups, for instance. But don’t forget to stay safe when you travel.

When is Naumburg’s Christmas Market?

The Xmas Market in Naumburg runs for about a month every day from November 25 to December 22 in 2019.

What’s there to see

The Naumburg Xmas Market isn’t super big but more on the cosy side. However, even though it appears to be mostly focused on the historical marketplace, I recommend getting your hands on a local map of the many hidden stalls of the courtyards in town.

Not only are stalls set up in front of the townhall and historic buildings (a gorgeous scene already), but local shopkeepers also have their own backyard Christmas markets. This makes the Christmas market in Naumburg feel so much more intimate.

Those are open from 30 November to 1 December, from 1pm-9pm on Saturday and 1pm-7pm on Sunday.

Another special Christmas attraction that’s open for a limited time are the Christmas scenes and stalls in old chapels, towers and arches. It’s open only on December 14 and 15 (1-6pm).

On December 21 and 22 from 11am onwards, there are advent celebrations on the surrounding vinyards. There are exhibitions of local produce as well as musical instruments.

Also, you can join the guided tour around the vinyards starting at 1pm at the restaurant “Krug zum grünen Kranz”. No reservation needed.

Furthermore, you can, of course, find the typical stalls selling Christmas food and beverages, to consume right there and then or take home. Apart from traditional local handcrafted items, you can also find Peruvian clothing items and Scandinavian products.

There’s a special stall (called Familie Wunder) where you can watch glass blowing and take part in it yourself.

Entertainment-wise, there are various events and live performances taking place, such as at the Winterhütte (“winter hut”).

The ice rink called “Naumburg on ice” is set up from 15 November 2019 to 6 January 2020. If you’re competitive, take part in the ice stick challenges. You can see the times here. (It’s in German but scroll down to the Eisbahn section).

Fun fact: the Christmas food staple stollen (a German type of fruit bread/cake) was mentioned in the books of Naumburg first, namely in 1329. It might not be certain that it was invented in the city (Dresden claims the stollen), but it’s a pretty clear historical indication that it might have been.

To celebrate this, a special Stollenszene (“stollen scene”) is set up at the market.

Pro tip: Check out the webcam for live footage of the Naumburg Christmas market.

As always, Christmas markets can get chilly. You’re outside on cold cobblestone, so dress up warmly. Your choice of winter boots and wooly socks really makes a huge difference.

I recommend thermal underwear so you don’t have to pull out the super warm and bulky clothes and maybe have a hand warmer on you in case your fingers get cold quickly. (Nothing a mug of hot mulled wine can’t fix.^^)

Credit cards aren’t typically used in Germany, so bring cash with you. Also be aware that it’s not a Christmas market that’s common with foreign visitors. So don’t expect great English to be spoken.

But that doesn’t mean you won’t be able to order. It’s an experience and who knows, you might make new friends with people who will happily translate for you. 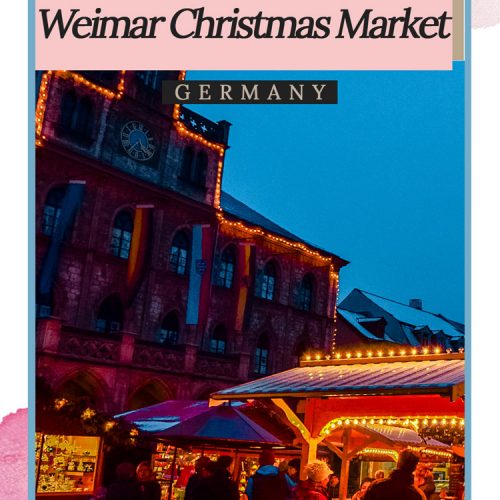 Your Guide to the Weimar Christmas Market in Germany 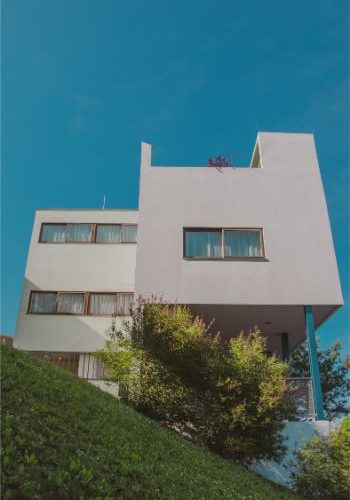 30 Things to Do in Stuttgart for a Culture Lovers 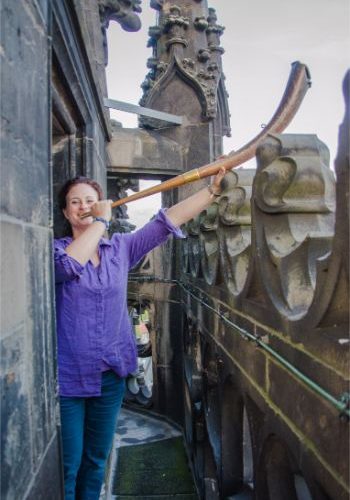 Life on Towers – An Interview with Münster’s First Watchwoman