Anyone know what Melbourne is famous for? Being awarded the title “most liveable city “? Yes. The most European flair in Australia? Also yes. An eclectic cityscape that merges old with new architecture? Yes again. But apart from all that? What is one of the most visited part in the capital of Victoria? Let me give you the answer: it’s street art. 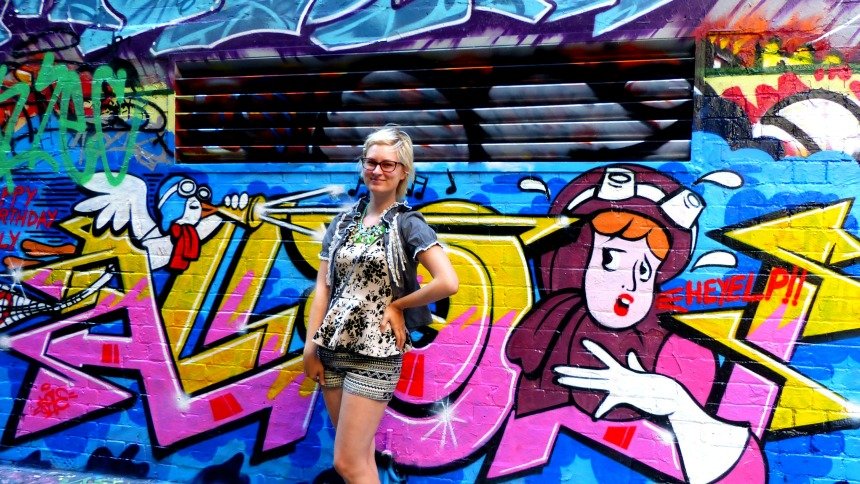 Melbourne’s lanes are full of it. Often the artworks are screaming in you face, begging for attention, glowering down at you and reaching for you from blackened windows. At other times they are quiet and small, looking up at you from the street gutters or peaking behind lampposts or dangling from the air. Art is everywhere. It might not be everyone’s cup of tea but you have to admit, some of it is really amazingly crafted.
I have actively sought out the most well-known spots but also went on my own discovery trips through lanes, arcades and backstreets. But even so, I always stumble upon new places with new graffiti. Having said that, the places undergo an update every now and then and appear in a completely new look. Just the other day I returned to Hosier Lane and found it completely changed to when I visited only a month ago. If you ever come to Melbourne, you have to at least once glimpse its famous artsy lanes. To make it easier for you, here are the best places in the city centre. 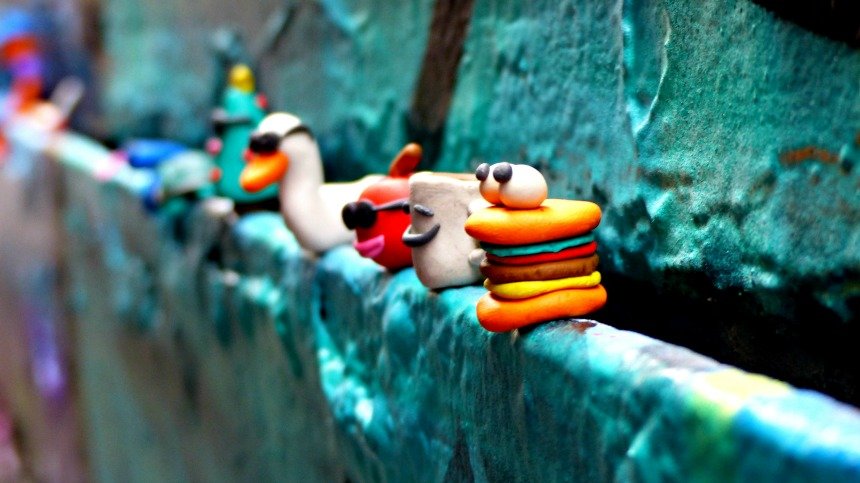 The best known spot to dive into the vibrant urban art scene is Hosier Lane – a street seemingly made for graffiti. A similar view can be had close by on Centre Place and Block Place. I also discovered live spraying in Union Lane near the tourist information booth on Bourke Street. Another more hidden spot is the AC/DC lane with the fitting rock theme. 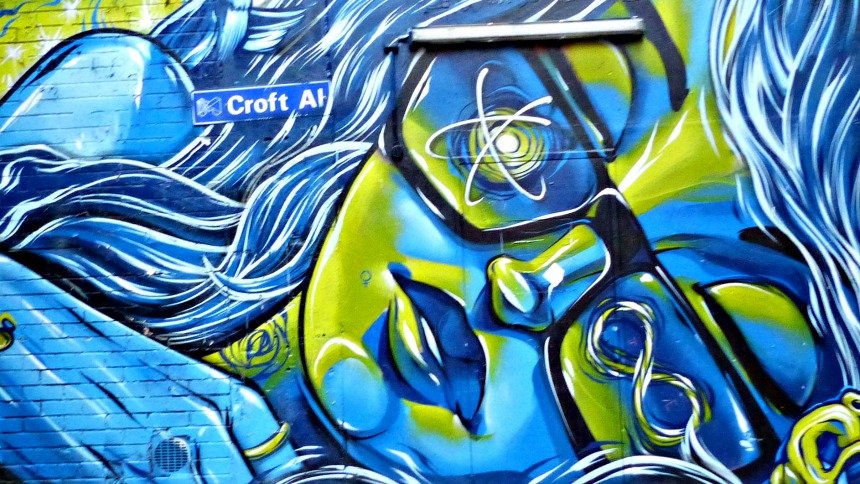 To be fair, this is also in the CBD but Chinatown is its own little world and therefore it gets a separate mention. Croft Avenue is the place to spot graffiti and when I was there, it could be interpreted that the Asian influence was clearly visible with a jungle theme displaying a tiger, panther and an ape. 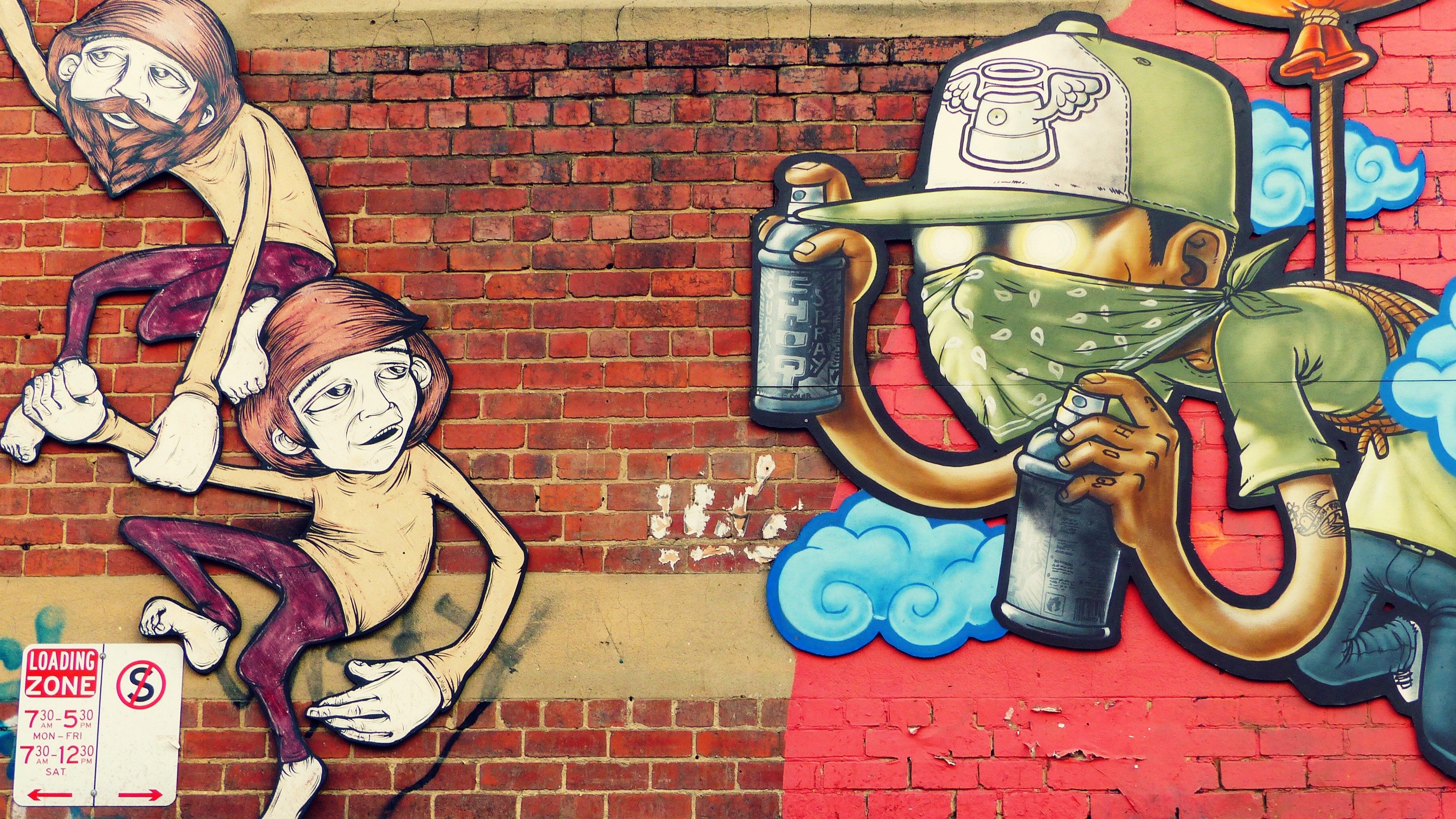 Just straying from Brunswick or Johnston Street into side and backstreets makes it easy enough to find art. You can see a psychedelic transcendental mural on Rochester Street or a flying elephant on George Street, but the most impressive place must be Chapel Street with an artistic array of graffiti, paper stickers and dangling shoes. 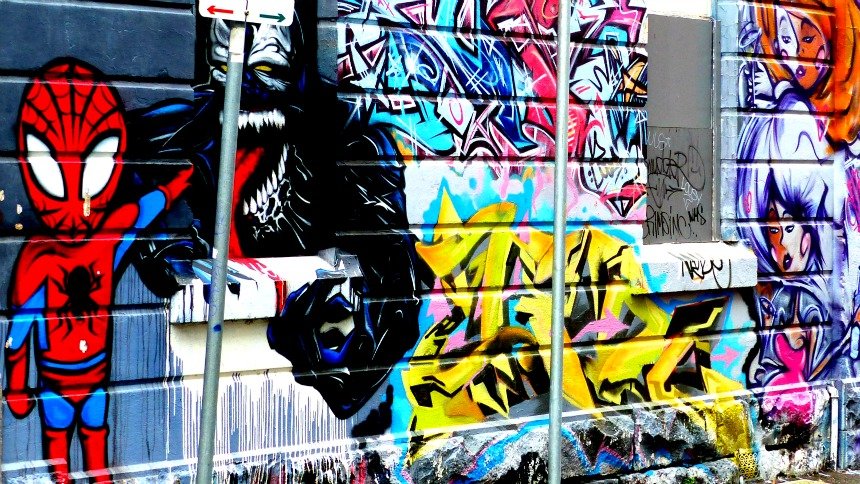 Follow the walls of the railways on either side and graffiti will present themselves to you, but the ultimate graffiti walk would be along Stephenson Street. Gaze at a large Australian mural or see the typical graffiti script take over whole building fronts.
Have you discovered other major and majorly cool places of urban art? If yes, where? 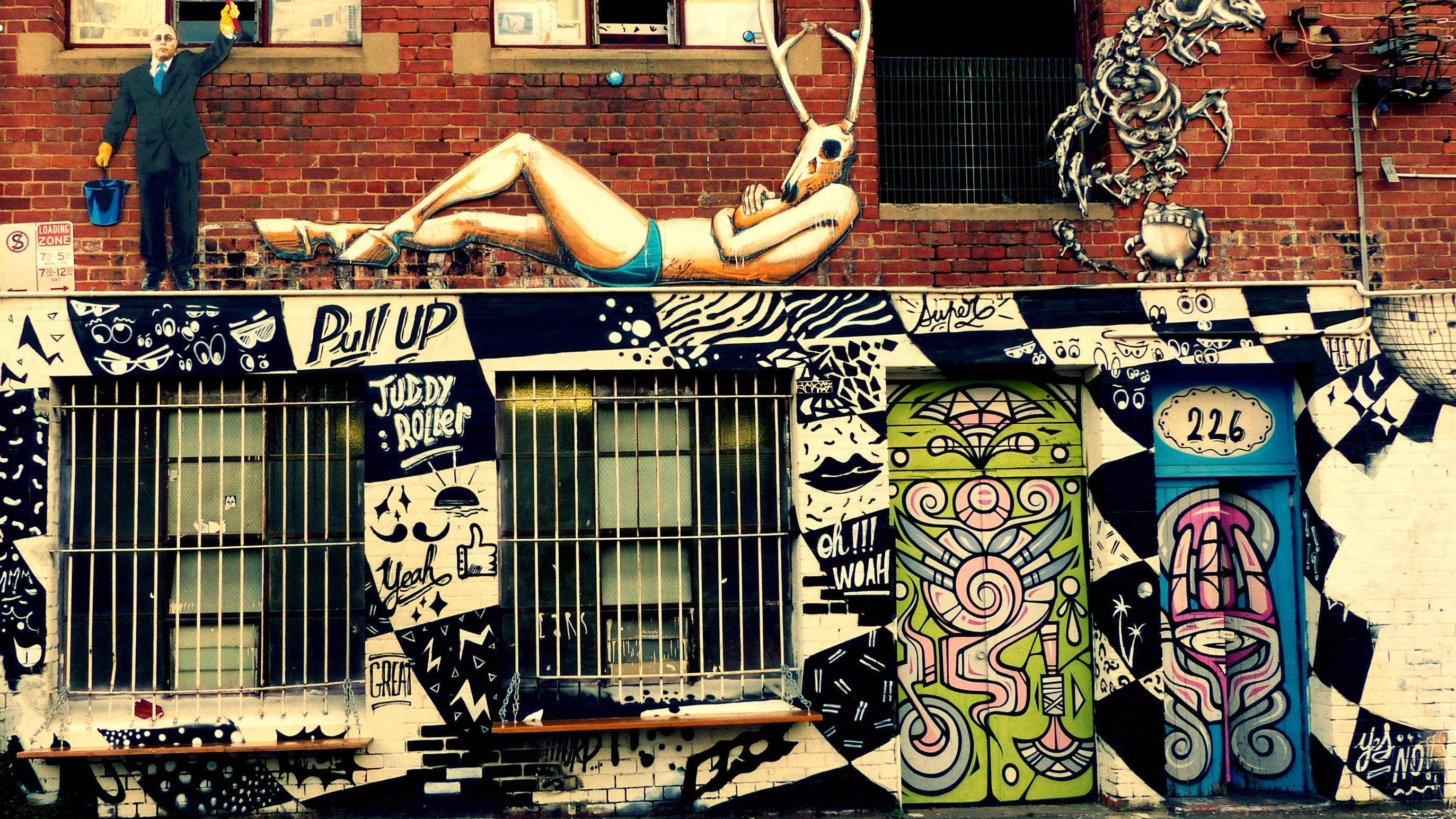 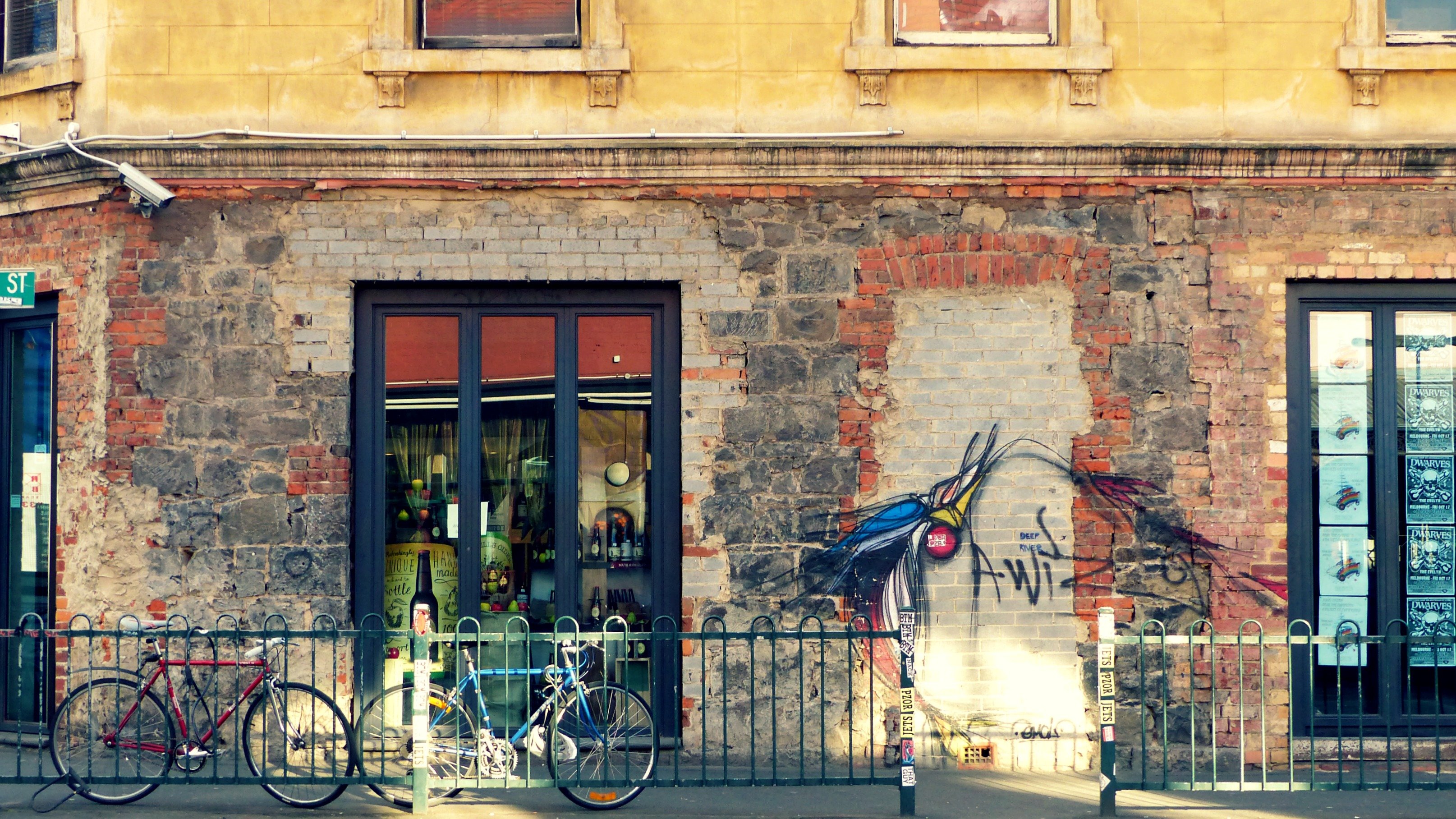 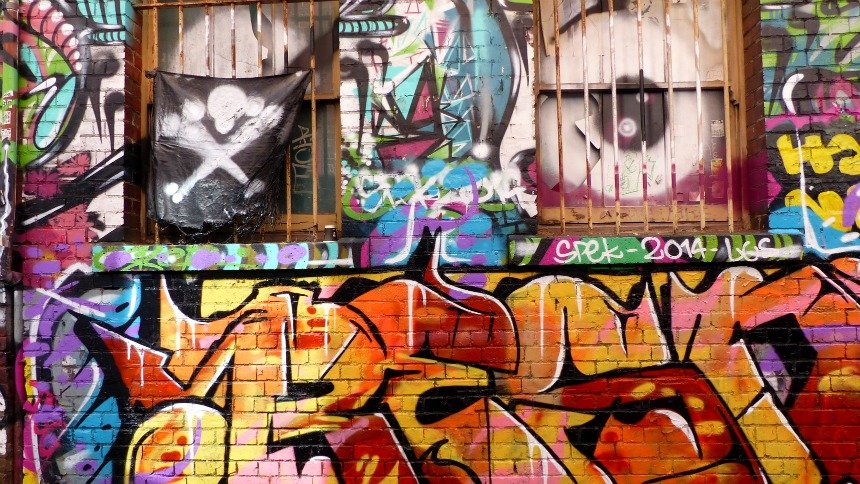