Wait, there are red cows? And Great Britain is threatening to dethrone France in the world of cheese? And there is plenty of great London street food to be found? It seems like my flight across the pond had not only cut short my days’ hours but also transported me into the future. I was standing on the increasingly crowded Borough Market in London with my guide. I had been invited by Context Travel to experience one of their tours free of charge and was eagerly listening to the store owners’ stories. The things you learn from locals are best explored with a local docent, and an academic one at that. 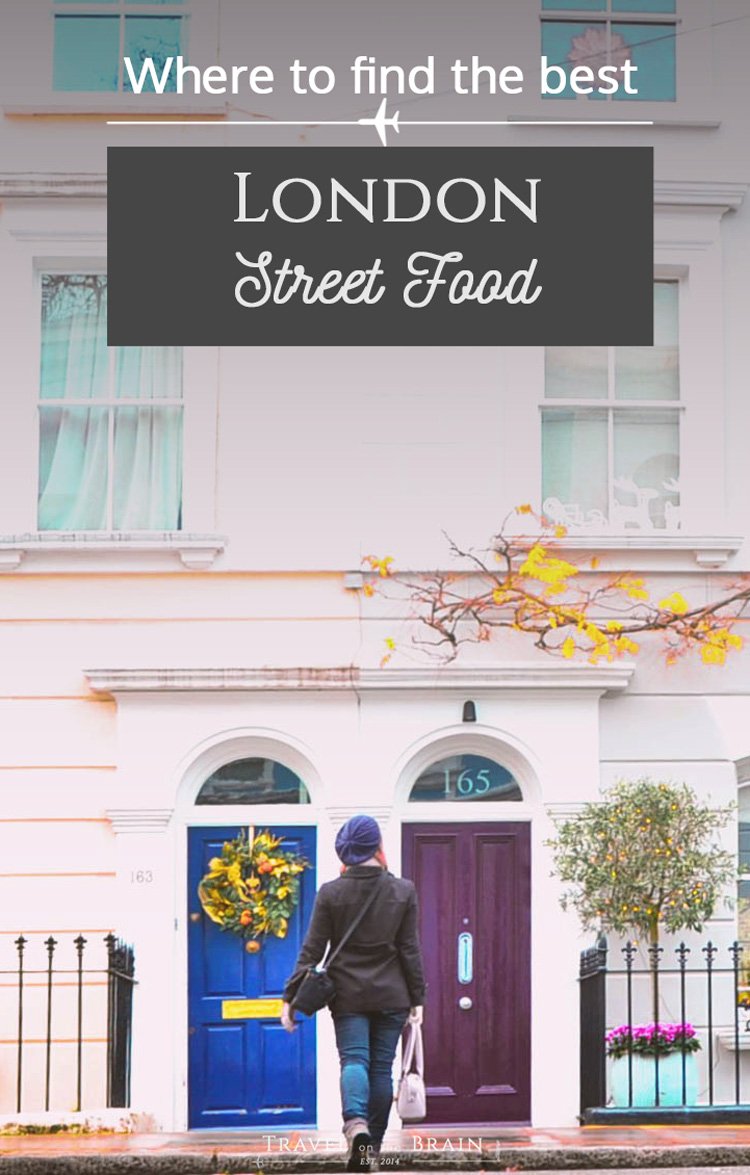 Back to Culture Infused Travel

By golly, I had missed academia and more in-depth research, having travelled so much this past year that by speeding up to see more, I learnt less and – even worse – stopped educating myself more closely with my destinations, not just through its history and culture but also through local life. Rushing through a country might get you some general insights into different regions and lifestyles but these are only very superficially perceived and rather rushed.

Looking out on a country through a train window doesn’t make you a proper explorer and so I decided to take a breather before my Christmas break and head over to the country that still haunts me with its vivid culture and history. I would never tire of learning ore about it. It was the perfect fit therefore to team up with Context Tours to get to know London as I had not done before and taste some London street food.

I had seen its main sights, I had explored different suburbs, I had chased its stores with British friends and I soaked up everything Shakespeare on previous visits. Now it was time to focus my mind on something very close to my tummy: food, of course. British cuisine has not the best reputation and so I was excited to see what London had to offer. And it did take me by surprise. 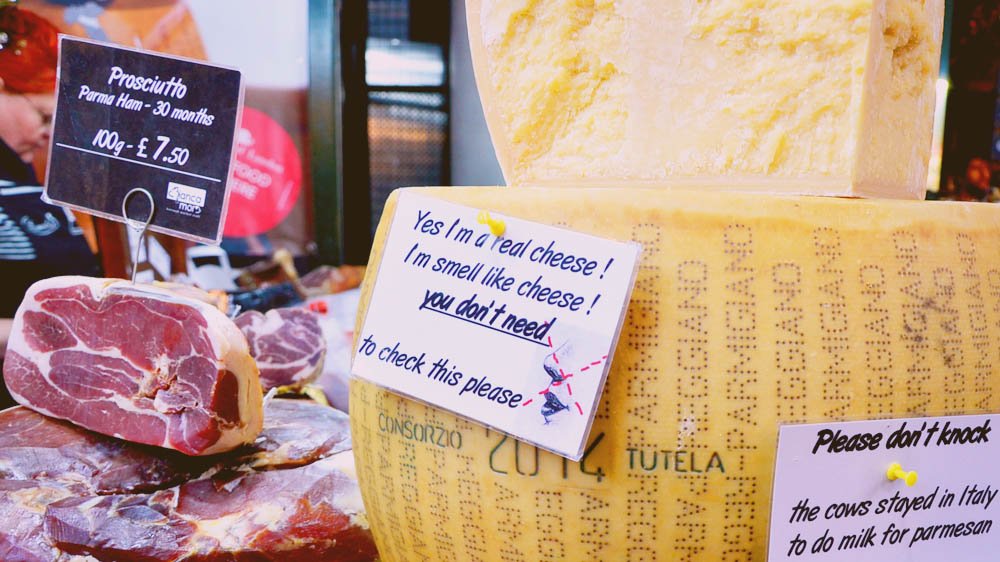 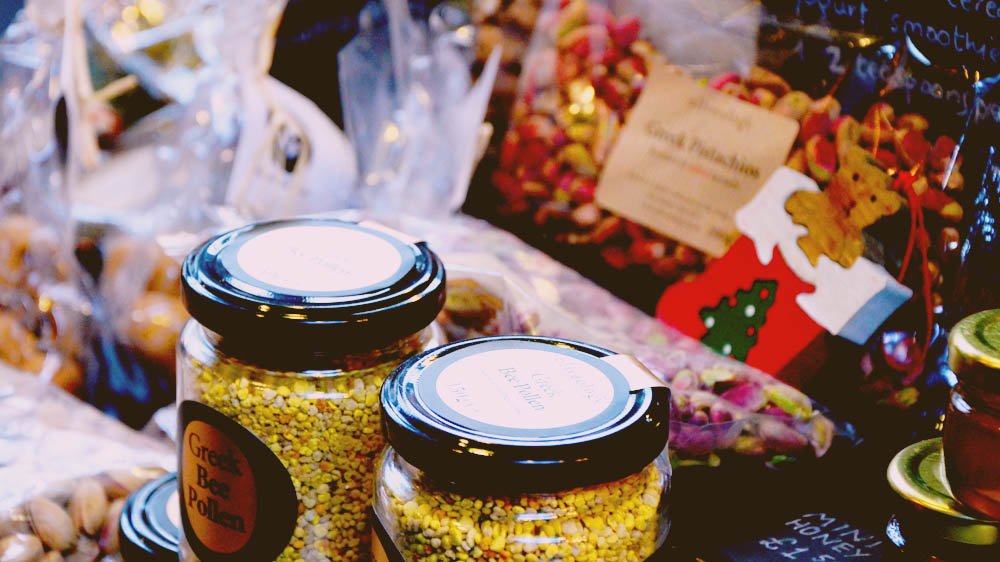 From Britain to the World

I sure found the typical suspects: fish ‘n’ chips, meat pies, mince pies and fruitcake (it was Christmas time, after all). But then there was so much more and in such a great variety. Sure, England is very rich in its food importing history (tea, anyone?) but I was still pleasantly surprised.

The first item of the day (and I had rushed over without having breakfast, mind you) was a tasting of different types of authentic British cheese from stilton to stichelton over to coolea. But the tasting was not all that was delectable. I loved hearing more about the production of cheese, the fast growth of local production as well as seeing how the entire store was kept at the perfect temperature and humidity with a constant flow and spray of water into sieves and from tiny tubes.

Next, we moved on to some international tea tasting. You can’t go to England without having a cuppa. But instead of the classic English breakfast tea, we had out taste buds transported all the way to Korea, China and India. Did you know that a good Darjeeling always has to come in leaves, not tea bags and that it doesn’t get bitter? 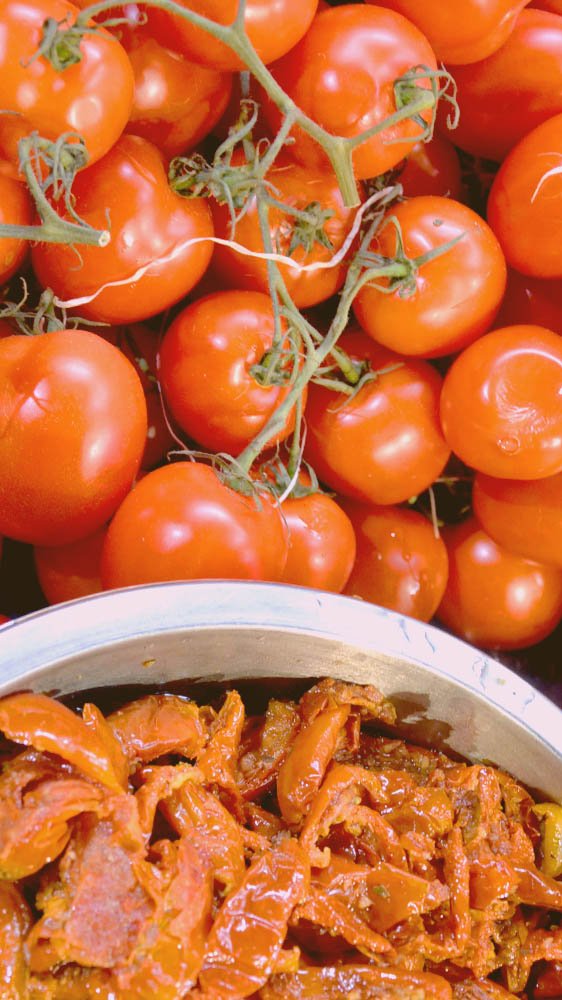 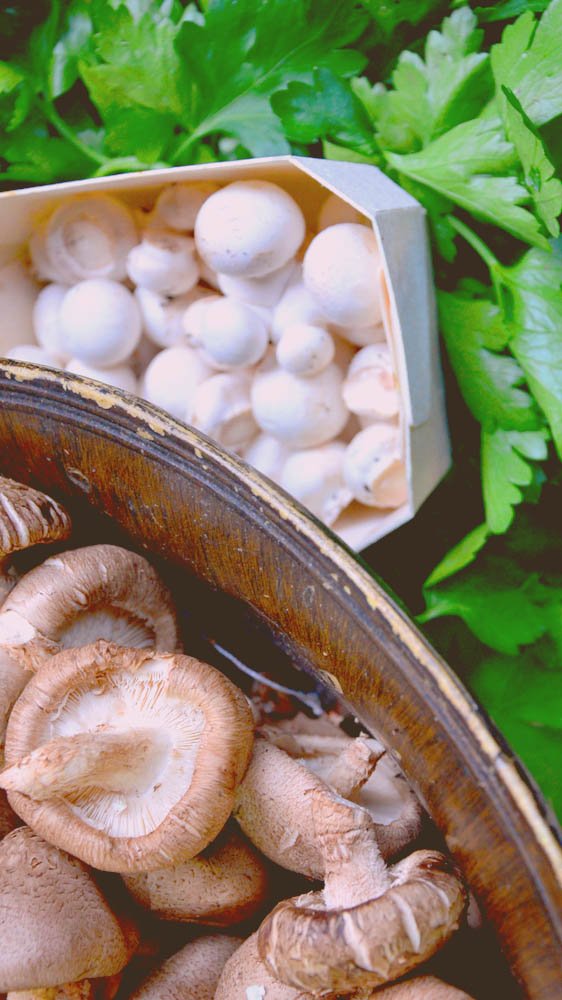 Also, it was fascinating to hear about why the word ‘tea’ still means ‘dinner’ to a lot of Britons, especially in the North, since that what it originally was after it came over from India. It was dinner for the working class and a favourite pastime to bridge the time between lunch and dinner for the higher classes (think ‘high tea’).

Moving on, we tasted some organic and even gluten free slow food salami, had a bite of Greek olives (I still don’t like them) and had fresh Italian tortellini. While pushing through the crowds, I received samples of veggie soup, bread with olive oil, more cheese and super ripe tomatoes. You can imagine my tummy was well pleased.

But my brain was equally treated and I also found out that to make a perfect fruit cake, carrots should be strictly avoided (not that I would ever dare make one as I am not a fan of dried fruits and evil raisins). It was great chatting with the guide about food and cultural connotations and despite food anthropology not being widely taught, even in faraway Australia there was an institute for it. I think I even remember seeing it in Adelaide. 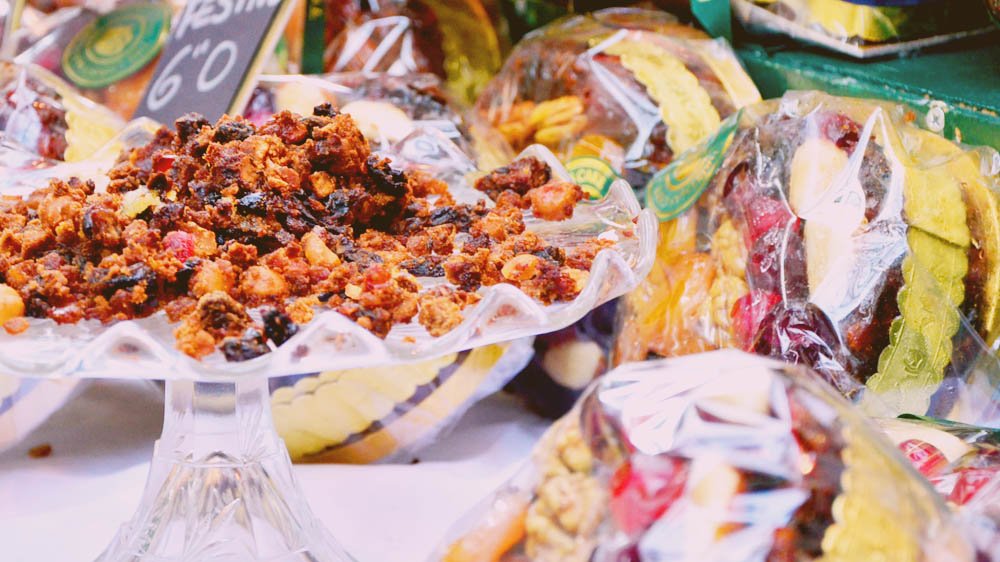 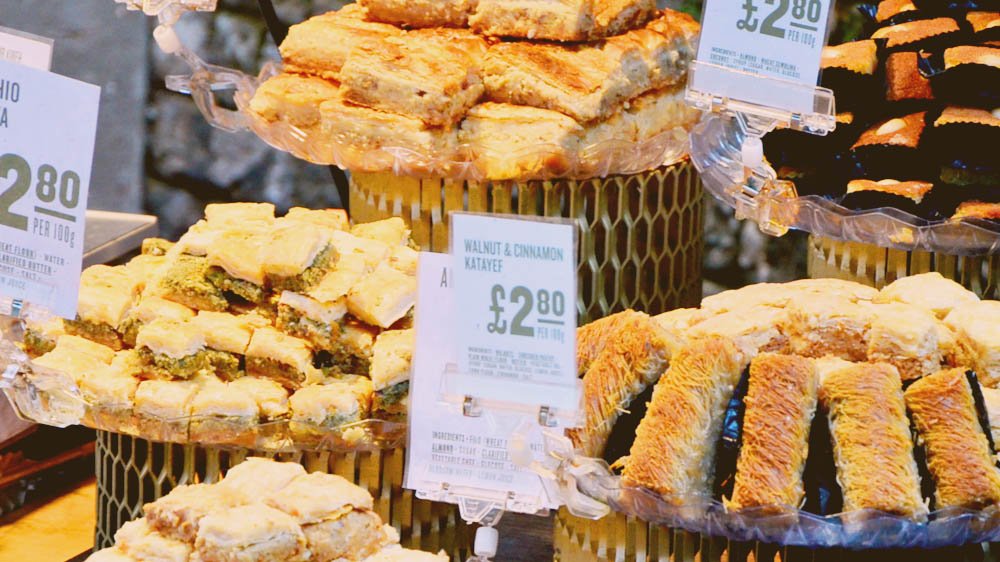 After about two hours, we parted our ways with Turkish coffee (or tea in my case) in our hands. That was fine with me as by now the crowds were more like solid blocks of people pressed together and squeezing through it was so much easier on my own. And it was worth it as, you probably guessed it, I still needed to get me some sweets.

My energy was running a bit low (darn you, late hostel breakfast) and so I had duck confit on honey sprinkled salad. Yes, it tasted as heavenly as it sounded. And it was some darn good London street food. With new strength I made it past the exotic foods (I hat already tasted kangaroo in Australia, zebra in South Africa and alligator in New Orleans) and wheatgrass concoctions and towards the sweets stalls.

I was completely overwhelmed by the sugar coated splendour that my eyes beheld. French macaroons and German sheet cakes, I easily passed and spent my time torn between the different kinds of English fudge, Christmas cookies and decadent cake slices. It was a torment as it was my last day and I had rationed my budget. My personal hell scenario.

A big thanks goes out to Context for spicing up my London getaway and showing me the gem that is Borough market and London street food. 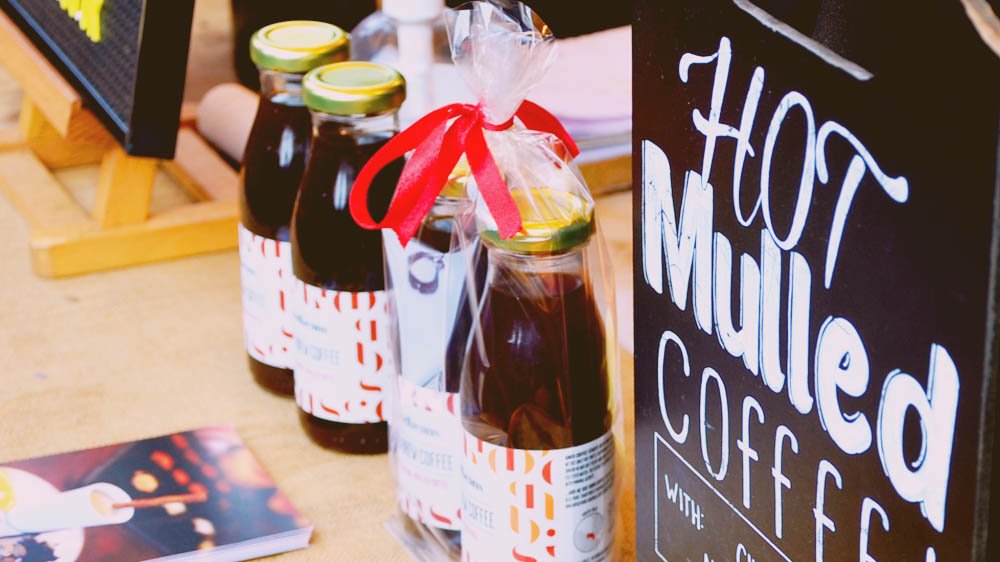 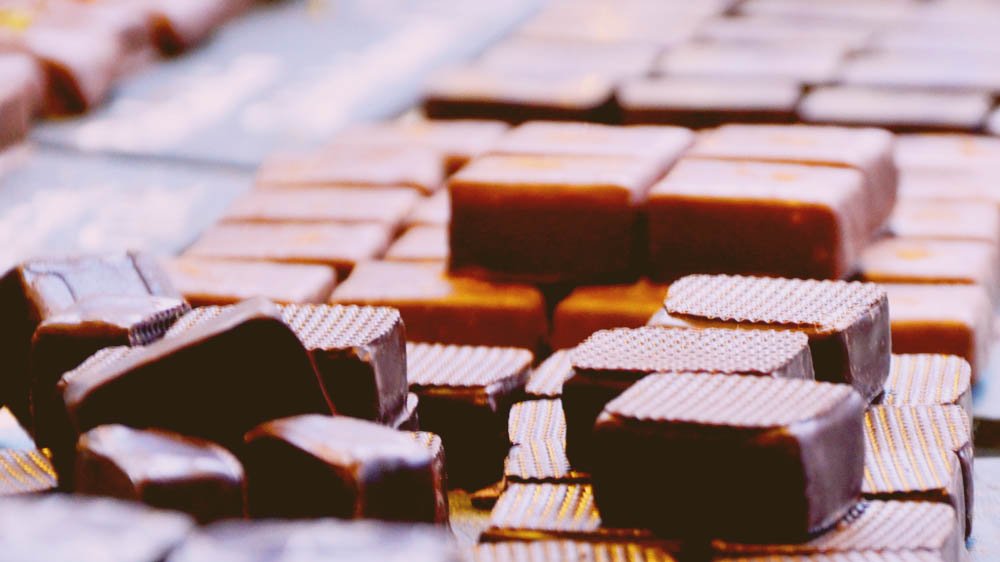