Koprivshtica in Bulgaria (properly spelled as Koprivshtitsa) is a super popular spot among the locals but foreigners – sadly or luckily – haven’t discovered it yet. Thanks to its cultural heritage and well preserved houses, it looks like a museum village. Walking around the cobblestone streets, you can really feel a sense of the past.

Koprivshtica Is Right within the Sredna Gora

It Is Only a Day Trip away from Sofia and Plovdiv

From Sofia to Koprivshtica (СОФИЯ СЕВЕР – КОПРИВЩИЦА), it only takes under two hours. You can rent a car for your Bulgarian roadtrip. I would use a trusted car rental company like Sixt. A train ride takes two and a half hours and costs around $3. As there isn’t a trains station in town, you need to take a taxi. Buses go to Plovdiv and from there, you can take a local bus from Filipovo North Bus Station.

Koprivshtica Is a Locals’ Hotspot

Even though not many foreign tourists are strolling around Koprivshtica, you will find no shortage of Bulgarian tourists. Especially during holidays, the town can get busy, so book your stay in advance if you travel during that time.

The majority of Bulgaria is Bulgarian Orthodox and as such, you can find churches as well as authentic icons. A noteable church is the Assumption of the Blessed Virgin with its wooden bishop’s throne.

Like with Romanian traditional crafts, Bulgaria likewise is preserving its handicrafts and skills passed from generation to generation. Of course, Koprivshtica is major in this, and you can observe carpet manufacturing or pottery, for example.

Bulgarian food is served in plenty of restaurants all over the country. However, in many of the big cities, you will find many modern, international and mixed restaurants, especially food chains. Not so in Koprivshtica. Here, you will get the real deal. Just don’t expect English menus.

There are three legends about how Koprivshtica was first founded in the 14th century. One says that the hills were so fertile, proto-Bulgarians decided to settle down with their “Zhupa” herds. According to another legend, the lords of Rila set up base here and asked the Ottoman sultan to be rulers. He agreed. The third legend tells of Bulgarian tribal fugitives of the Ottoman empire. Again, they were shepherds. Whatever the origin, raising animals seemed to have been the main incentive.

Koprivshtica Is a Prime Example for Bulgarian National Revival

You might have heard of Bulgarian National Revival (Българско национално възраждане), such as during your visits to Plovdiv or Veliko Tarnovo. It is one of the most renowned and beloved architectural styles in Bulgaria. Also known as Bulgarian Renaissance it marked a historical era of national coliving between the occupied Bulgarians and the reigning Ottomans.

With so many house museums, there are plenty of artifacts and vintage finds to be marvelled at. This includes women’s and men’s clothing, decorative embroidery, lace and knittings. So when you visit the house museums, don’t just take a closer look at the outer walls with their rich decoration and columns.

The Koprivshtica Bulgarian National Revival style is very colourful. Already from afar you can see the many wooden houses painted in a variety of colours, ranging from baby blue to copper red over to deep yellow.

Like other old towns in Bulgaria Koprivshtica has quite a few house museums to offer. These used to belong to reputable and honoured locals and have been restored, providing a glimpse into lifestyles of past times.

Fun fact: Koprivshtica in Bulgaria has over 40 wells and they have been constructed over various centuries. What makes these wells so special are its stone carvings, in the shape of sea creatures, flowers and stars, for instance.

What is a cute little town with a river without bridges to go with it? Again, Koprivshtica delivers and you can see both stone and wooden bridges. They look exceptionally tranquil, especially the First Shot Bridge, which is decorated with flowers.

Even though the Ottomans brought pretty houses, being under foreign rule wasn’t fun. Eventually, the fight for freedom began. The April Uprising started here in Koprivshtica, at the in 1786 First Shot Bridge to be exact.

With heroes having been born in Koprivshtica, their houses have been turned into house museums as well. Since they are so popular, they deserve a special mention. Check out the birthplace of Gavril Gruyev Haltev (1843-1876). Next should be Lyuben Karavelov, which housed both a former prime minister and revolutionist.

Not only is Koprivshtica in Bulgaria surrounded by wonderful nature, but there are nature preserves nearby. One is the Bogdan Preserve with ist ancient beech forest and Clover Field. The second is Donkin Forest, where you could be lucky enough to see the endangered Eastern Imperial Eagle.

In case you need to escape the big city life, want to explore the historic town of Koprivshtica in depth or just have a base for hikes in the vicinity, there are hotels at your service. In case you want to stay at a traditional and pink house, try Hotel Hadjiite or Gozbarov’s Guest House.

Did you know that Koprivshtica has its own anthem? It’s called “Beautiful, my forest”. On top of that, the town hosts annual folk music festivals.

Speaking of festivals, Koprivshtica has its very own festival, namely the National Festival of Bulgarian Folklore. It is held roughly every five years so if you do get a chance to see it, that’s very special.

Tell me: Have I convinced you to visit Koprivshtica in Bulgaria? 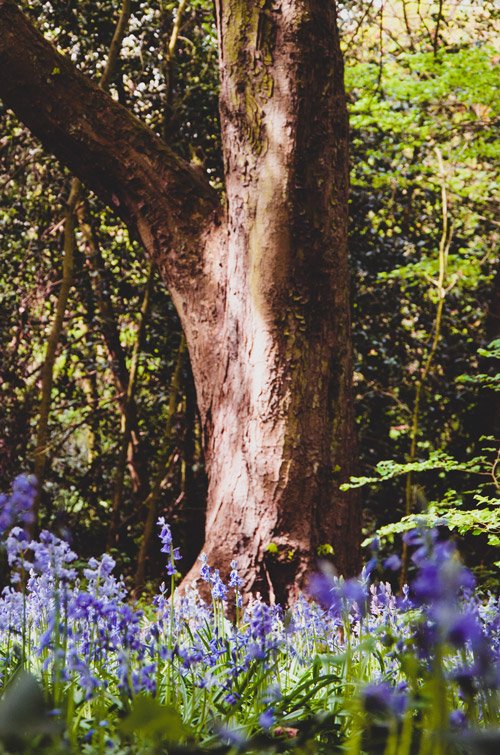 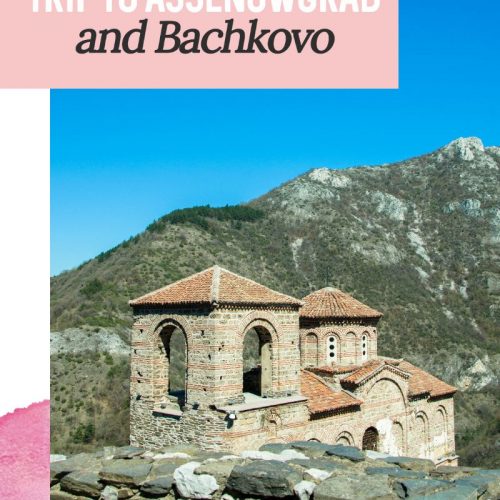 How to Plan a Day Trip to Assenowgrad & Bachkovo in Bulgaria