Before coming to Bulgaria, Free Sofia Walking Tours” I basically knew nothing of the country. That was both intentional (I wanted to come here with a fresh and open mind and did not ask around too much or look up the typical Top 10 lists), but also partly ignorant. I really had no clue. This way, I was all the more surprised by with how much warmth I was constantly greeted with wherever I went.

Got no time to read? Pin for later. 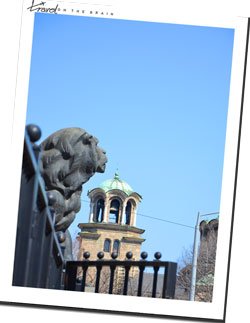 I don’t want to reiterate any prejudices of Bulgaria you might have heard, and I want you to completely forget what you picture Bulgaria to look like. Of course, everyone will experience it differently, no matter if native or visitor. But the short time I got to spend in the capital, mountains and by the Black Sea just strengthened my initial impression. Bulgaria is charmingly nice.

Still, I must admit to holding the metaphorical tourist bonus card. People in most countries across the world are either automatically – and mostly – nice to strangers or somehow resent them – which does not happen that often –. That is what I have felt so far in all my travels. (Correct me if I’m wrong, I’d love to hear your opinions, too!) In Bulgaria, I was showered with smiles.

Wherever I walked, people nodded in greeting and bright smiles spread across their faces. When I dropped stuff (which I do occasionally cause I’m a scatterbrain), people went out of their way to run back to me. When I looked lost, I was offered directions almost immediately. At some of my hostels, the owners themselves took time out of their day to cook me a traditional meal. These small acts of kindness should not be taken for granted!

Sofia from a Local’s Point of View 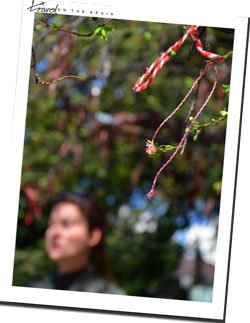 Still, do locals see it the same way as I do? After listening attentively to all the fascinating facts about Sofia (such as hidden churches, humbling doors and Nazi defying collective actions), I pulled my Free Sofia Walking Tours guide aside and unloaded all my questions on her. Kind as Bulgarians are, she sat down patiently with me.

Alissa Atanassova is an actress, currently rocking her role as famous rascal Tom Sawyer in one of her three different theatre performances. She already has short film cameos under her belt already. Often on the move, she tours the country, playing gigs in Plovdiv for instance. But no place is like Sofia. What she missed especially, however, made me smile. It was the vegetables.

“For example, last year I was in London for a month and I adored the food and seafood, but I missed the vegetables. There were some that were like plastic.” Bulgarian fruits and vegetables are a must try along with the classic yogurt drink Ayran, she says. For full dishes, she recommends stuffed peppers and tarator. For summer, a yogurt cucumber soup is a must. The latter can be had in the many soup restaurants all over town. 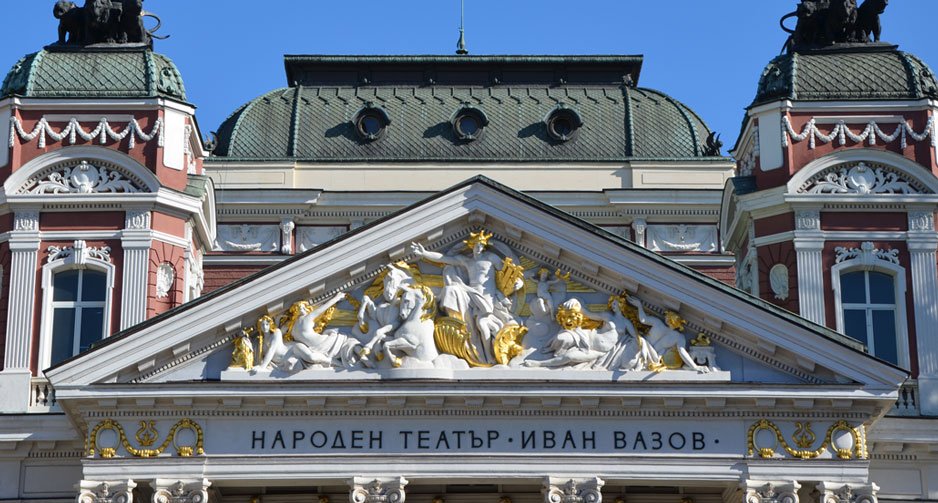 The Best Things about Sofia 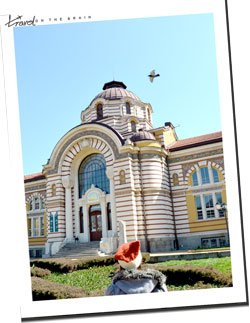 But where does she go to recharge and take a break? Her go-to place is the English bookstore Elephant on Shishman Street and the Five Little Corners area. “And that’s once again a tiny hidden street with some hidden treasures around,” she elaborates. She has a thing for off-the-beaten-path streets. Another is her love for escaping to nature, the best thing that Bulgaria has to offer without a doubt.

“Nature is the best thing cause we have mountains, where you can go to ski. We have sea. In the summer time, we have tiny waterfalls. We have all these things like that, which I’ve started to appreciate once I’m, let’s say older. I didn’t care about that much when I was a kid or even in high school or a student. But now I feel the need to just escape from the city and go to some nice place around and it’s very easy to do that here.”
In fact, getting around Bulgaria was not as difficult as I had anticipated distances are not far. “You’re just half an hour from Vitosha Mountain, one, one and a half hour with a car to Plovdiv and so on,” Alissa agrees. 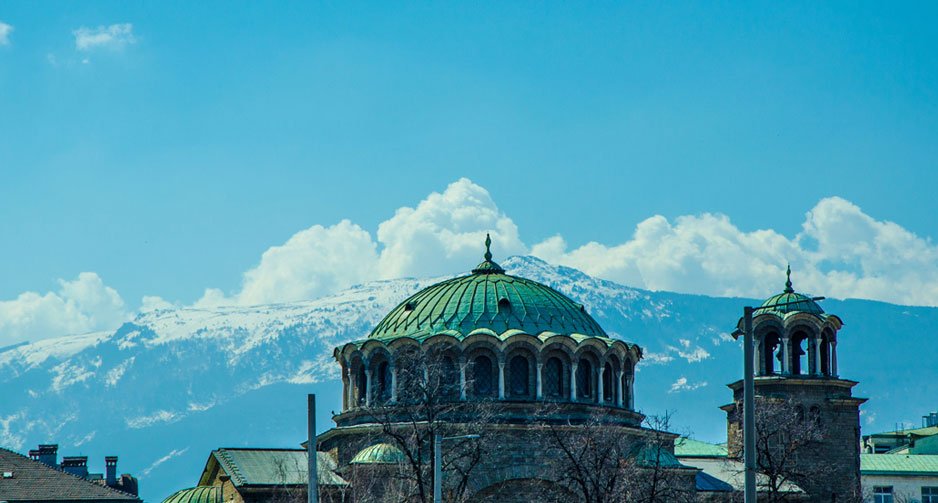 The Warming Light to Bulgaria’s Darker Side 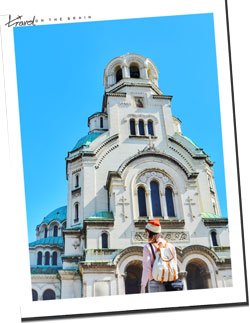 What brings down her spirits when she sees her country, however, is the sad state of the economy and widespread poverty. “And that’s when I say I lose hope,” she admits sadly. After all, Bulgaria is the poorest state in the European Union and it shows.

Being able to travel is a privilege and she knows it. “We live one life here and then we go there and you realise people have so much tougher life that you.” She almost feels guilty for it and for following her acting dreams. But her visits have the best effect possibly, they are inspirational. “[T]hey come to see the theatre. They need it, they need it to have something else.”

Alissa hopes to spread positivity on her tours as well. When asked what she loves most about the free Sofia walking tours, she responds with the following. “Meeting new people is one thing. And another is showing them that Sofia is a nice place to be and basically killing prejudices.” A lot of people come with preconceived notions and it’s not pretty, which is why Alissa has made it her mission to combat these. “I try to make people feel good here so that they know we’re not so bad people basically.”

So what are Bulgarians like then? Her description matches my own experiences. “People around me are usually welcoming new people. They’re quite open. We like to travel, we like to meet new people.” Thanks to these traits, she feels at ease easily in the more friendly countries as well. “I think we’re warm people cause when I go to some countries which are known to be very warm, I feel at ease and I feel that we have a lot in common.” I full heartedly agree. 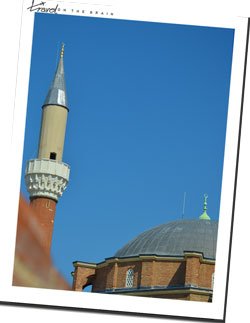 Of course, reading about Bulgaria from a tourist’s and local’s perspective is all good and well. But being there is something else. Which is why the free walking tours organized by non-profit organization 365 are a perfect way to get thrown into the scene and learn about past and present while meeting a passionate Sofia resident. The tours are hosted daily, rain or shine, this is how dedicated they are! Killing prejudice one tour at a time. 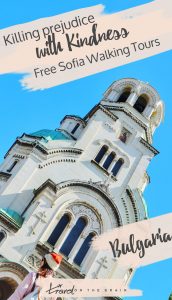 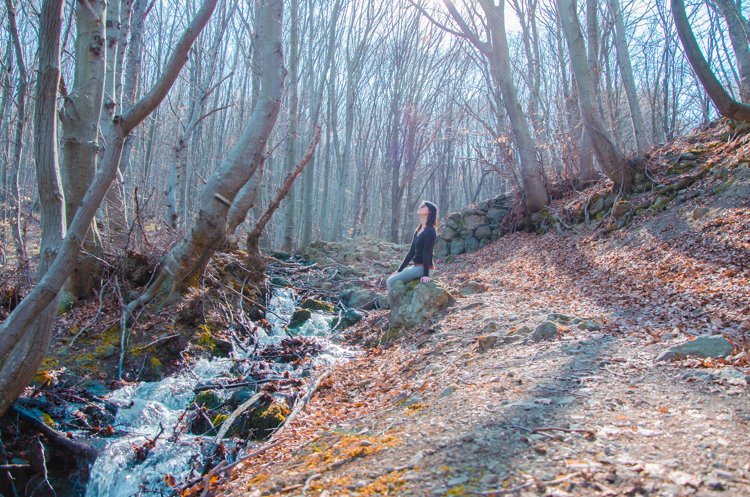