This wasn’t the first time I got robbed in a hostel. But hopefully it will be the last.

At first I thought someone had played a cruel prank on me.

All my stuff was gone.

Got no time to read? Tweet it for later, pin it or watch the short video below.


Trying to remain calm, I looked around the room. Everyone else’s bags were left were I had last seen them. But in the spot where only two hours ago my backpack once stood was nothing. The bag was gone. Did I snore too loud? Did I work too long? Was my face weird? Why would someone do this?

Of a bag lost and found in unexpected places

Furious, I stomped over to the reception to ask if they knew what was going on? Had they seen it? Where could it be? But the receptionist was at a loss for words. Dumfounded we looked around and then I saw it. My backpack was lying in the yard. What the…?!

I marched around the building, yanked the bag up by the handles and stomped off, but not before asking a nearby hostel guest if he knew anything about it. After all, he always seemed to sit in the corner of the yard. Apparently, he had indeed seen it flying across the yard, coming from the area behind the fences, but thought nothing of it. So flying bags were now normal?!

My mood plummeted some more deep into the angry zone but when I tried to open the lock that kept the zippers shut, a cold shiver ran down my spine. There was no lock. And my valuables were gone. Where were my external hard drive, my portable hotspot, all my British pounds that I needed for my upcoming UK trip? The blood receded from my veins, my stomach sank and I felt dizzy. I had been robbed! 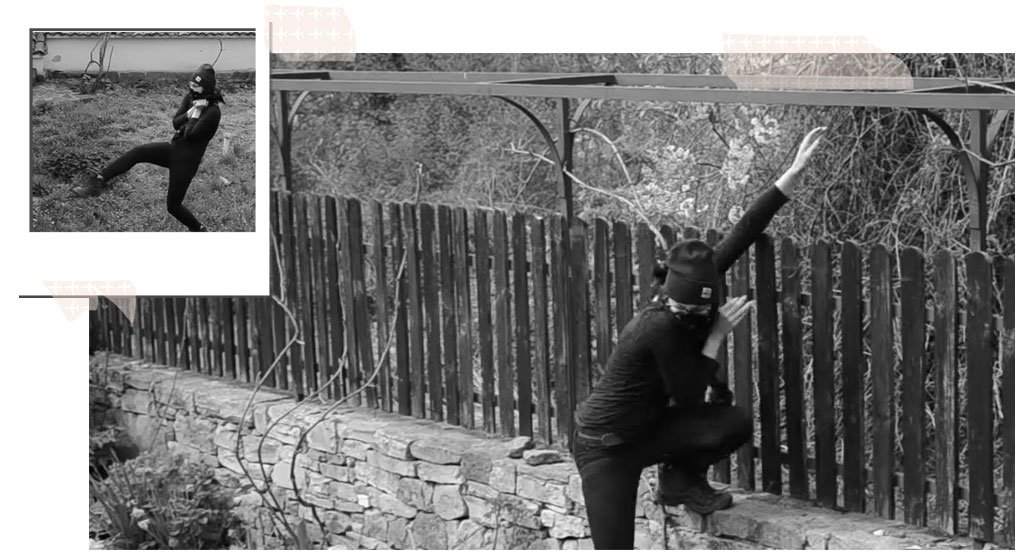 About the thief that returned stolen goods

Was I sure? Yes. What about my passport? The sentence hit me like a punch and trying to keep the panic at bay, I fumbled disorientedly in my zipped compartments. Gone as well. We needed to call the police and so we did. What else was missing? My mind had gone blank. But I tried to stay on top of it because panic never helped, and so I yanked the backpack wide open, shaking its contents onto my bed. I needed to keep myself busy and assess the damage.

Guess what I found! Deep down at the bottom of the backpack were my passport, hard drive and even credit card, which the thief seemed to have no trouble finding in a tiny pack of flushable toilet seat papers (and to think I was so clever). But the money and my $100 sponsored hot spot (which I absolutely love) were nowhere to be found. And neither were my dirty clothes, flip flops and lipstick.

By the way, I absolutely loved my portable skyroam hotspot. Here’s an affiliate link if you need to stay online on your next trip as well.

Wait, what did the hostel robber want with my dirty laundry? All my newly washed clothes had been packed back in their semi-original rolled up state. All the compartments were zipped back properly. This meant that the robber took the trouble to grab my bag, break open the lock on it, finger through my stuff and stock up his wardrobe of used clothes (with the addition of cash and a hotspot to stream the #OOTD) and return unwanted items somewhat neatly? Was this a perv robber with a soft spot?

The police comes to investigate me being robbed in a hostel

It didn’t take long for the police to show up and boy did they take the case seriously. I was asked over and over again to describe the missing items, the location of the bag, where I was and for how long I was away. We watched the security camera footage on repeat in which the thief was pretty well captured. He knew what he was doing, scouting the area, where he knew people usually sat and making a beeline for the open window. It was child’s play for him.

More and more police men and even the CSI showed up, asking questions, taking finger prints, analysing the camera footage, investigating the outside area. To be honest, I felt really excited, this was real life. No staged TV scene and dramatic soundtrack. People asked me with concern how I felt. I wasn’t there when it happened and I refused to feel violated or fearful in any way (I didn’t want to think about all the things he had touched and what he would do with my laundry).

But the police were not done yet. Even the next day, they would come in and out, telling me I mustn’t leave the city and that I had to report at the police station. So I turned up there, quietly sitting in the office and wondering what else I was supposed to say. After about 30 minutes I was told that we were scheduled to be at the court shortly. Oh dear, what would happen next? 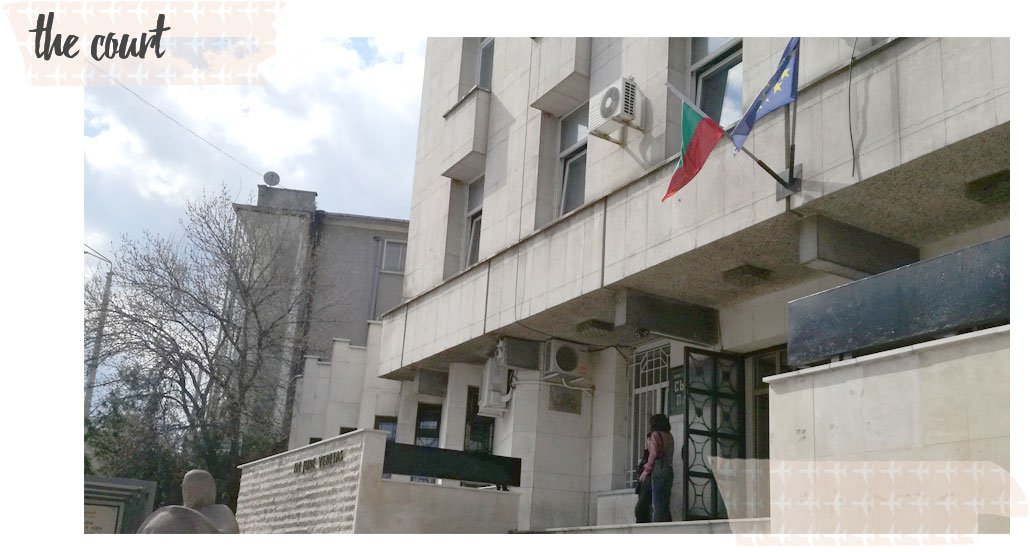 At a Bulgarian court

The building was old and grand with marble floors and golden railings. Men and women in black or wine red robes were busily floating by, looking all important and awe-inspiring. With a translator by my side, I entered the court room and had to position myself in front of the court desk, where the judge, lawyer and clerk were busy arguing (mostly about the Bulgarian spelling of my name – apparently, impossible).

Each and every detail I had recounted of my robbed in a hostel before had to be repeated. This included the height of the window, the individual brands of my clothing items and the non stolen items in my bag. If I had known I would have to testify in court and would be asked the most precise and – to me – sometimes oddest questions, I would have come better prepared. This way, my mind blanked again and I forgot how my clothes looked like, how many people were sleeping in my room that day (it changes daily), etc.

The whole court procedure took two hours and in the end I had to decide whether I would want to personally sue the thief if he got caught, which meant I would have to return but might not get the clothes if I did not return. I opted out so I would be free to go about my way. He only got the super old smelly shirts anyway (I was only rather sad about my Peppermint Patty shirt I got from Tokyo). I exchanged emails with the police and left the next day. The irony is that I actually had planned to move towns the day I was robbed, which meant I would have been spared all of this. Oh well. It definitely made for a great story.

Here’s what I’ve learned (and you should remember)

Have you ever been robbed in a hostel? 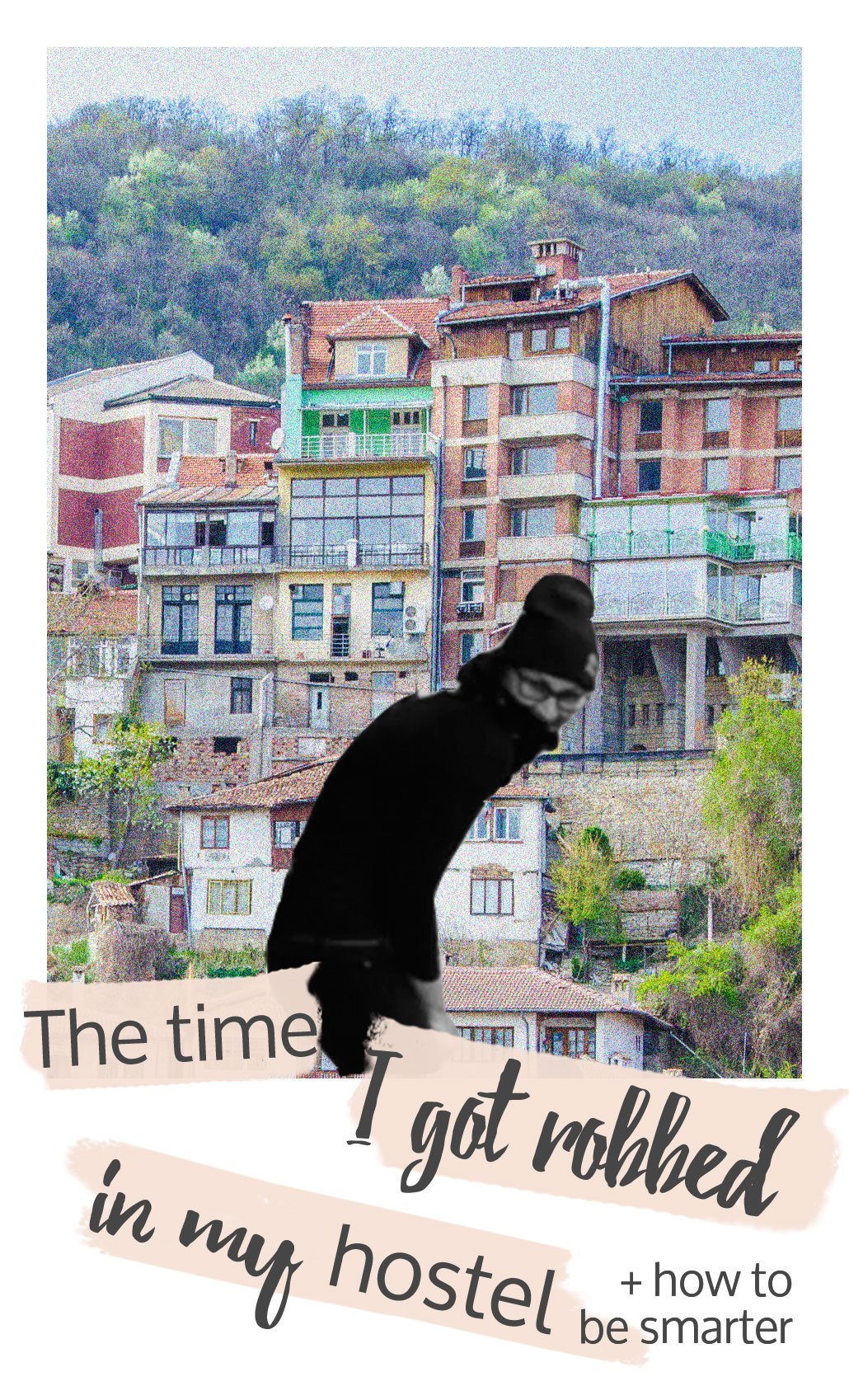 I really hope not. And I really hope it stays that way. This incident happened to me in a hostel in Bulgaria, but that doesn’t mean that the country is unsafe (I never felt unsafe, to be honest) or that hostels are terrible.

In fact, the first time I got robbed I was in Australia and the guy in the bunk bed beneath me robbed three other people (including me) while we were sleeping and then even had the cheek to say goodbye to us with a big grin, saying that yesterday was his birthday. Nasty liar.

The hostel reception didn’t care and only said, “It happens”. So this way, I can say I was pretty lucky. Nothing super important got nicked, no one got hurt and the thief even returned the “unwanted” stuff. Imagine if my whole backpack was gone! What a travel nightmare. Always take things as they come. I could have been more careful and usually am. So I see this as a lesson – and as an interesting story to tell.

Over to you, have you ever had something like this happen to you? I would love to hear your thoughts on this.