It was 30 minutes to my flight departure and it took me 2 hours to finally receive my boarding ticket, after having all documents and printouts I had on me scanned and assessed by the slowest airline staff in the universe, and now the luggage guy who sat right next to the whole scenario of me nearly tearing my hair out dared to ask me if he could scan and copy everything yet again. I was in travel hell. I would never get through the airport like this! 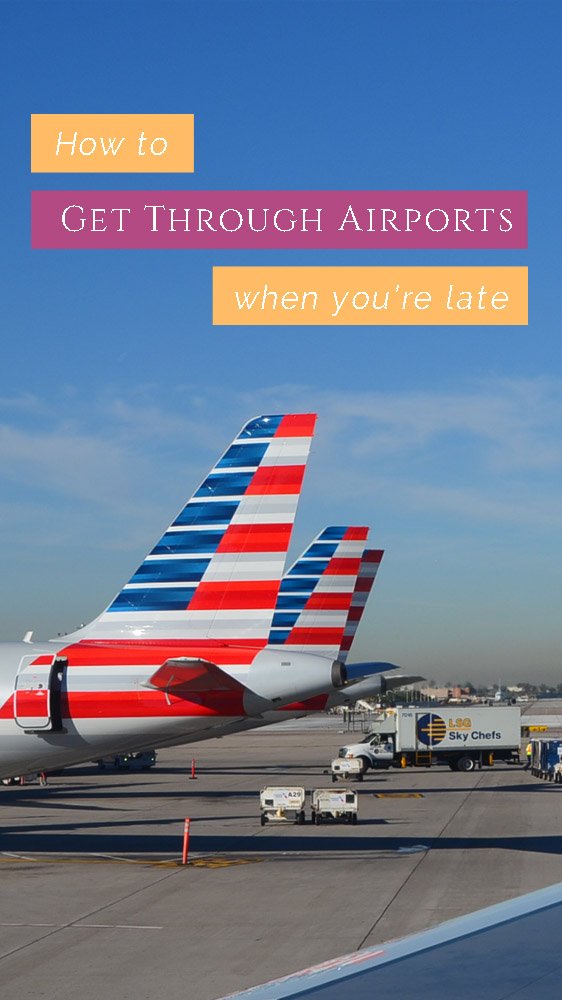 Cruise Gone Plane not Quite Yet

What followed next could have been taken straight out of a Laurel and Hardy film as slow Luggage Guy started shouting at the slow Boarding Pass Lady and she completely didn’t hear him. So when I got her attention and told her to answer him, she seemed to be shouting but all that I could hear was a whisper. And so this went back and forth for a felt opportunity.

When he was finally 50% convinced that I had indeed the right to buy a boarding pass (check) and give him my luggage (check), I asked yet again (fourth time, to be exact) when the gates were closing and the staff just laughed at me. “Honey, the plane won’t leave without you.” I had heard that before. How did she think I had gotten into this mess in the first place?

To make a long story short, I had flown to Barbados from the middle of Germany, which took 20 hours just to hop on the taxi and be dropped off at a hotel instead of my cruise ship. The ship had started to sail away while I was still driving towards it. And so a day full of anxiety ensued, where I was watching the phone like a harpy and increasingly frantically reception for news. In the end, I paced the airport up and down, waiting to hear good news. 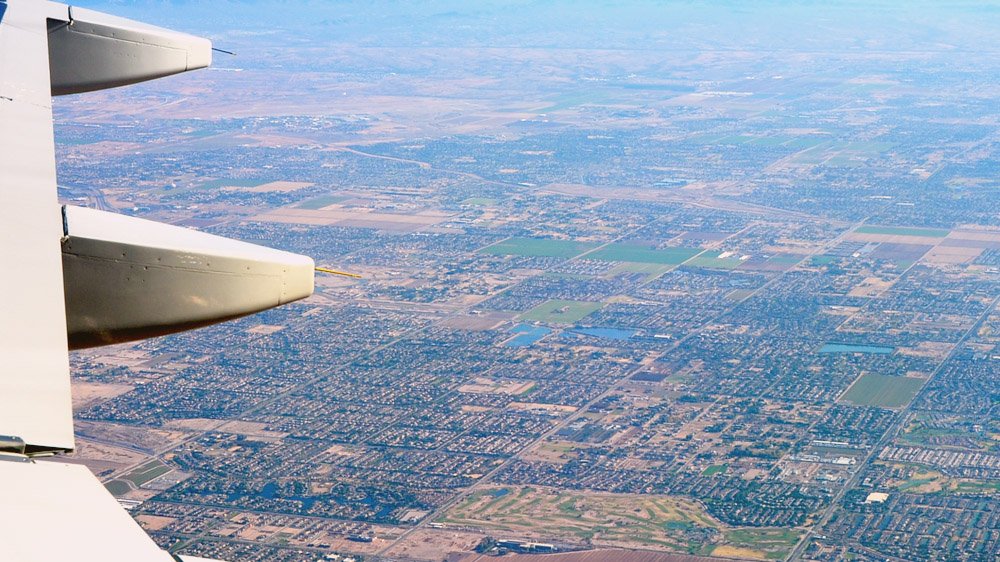 Meet the Slowest Airline Staff in the World

The only airline company I could take had issued a ban on all flight sales just when I needed a ticket for the flight in two hours. Just my luck. And so I waited until about 45 minutes until the flight, I was graciously allowed to buy a ticket. By that time the staff had probably memorised the terror on my face but still treated me like a stranger with a dark secret. My documents had to be taken from me, scanned in a dark chamber (well somewhere in the back office anyway) and returned after 10 minutes.

Once Luggage Guy started into a slow-mo nod to confirm he would put my luggage onto the airplane pile and not the suspect people’s pile, I sprinted off while I heard the staff laughing at me. Oh how I felt welcomed in Barbados. I immediately set out for the entirely wrong one-way street ending in a glass panel with a view of my anxiously awaited destination and set out again just to be stopped by the entrance by someone who didn’t even look at my passport, but with a bored expression took it into their gloved hands and handed it back to me.

The security doors revealed a horror scenario. The room was full to the brim and among the many passengers before me were many families with children and very old people. Remember when George Clooney’s character in ‘Up in the Air’ advised to never choose the queue with families or old people? He was right. It does take so much longer. And so I started the slow process of asking the person in front of me to let me pass first so I could have still a minuscule chance of making it. How would I get through the airport in time?

[su_service title=”Read also: How to Save Money With the Right Timing for Booking Your Flights” icon=”icon: plane” size=”22″][/su_service] 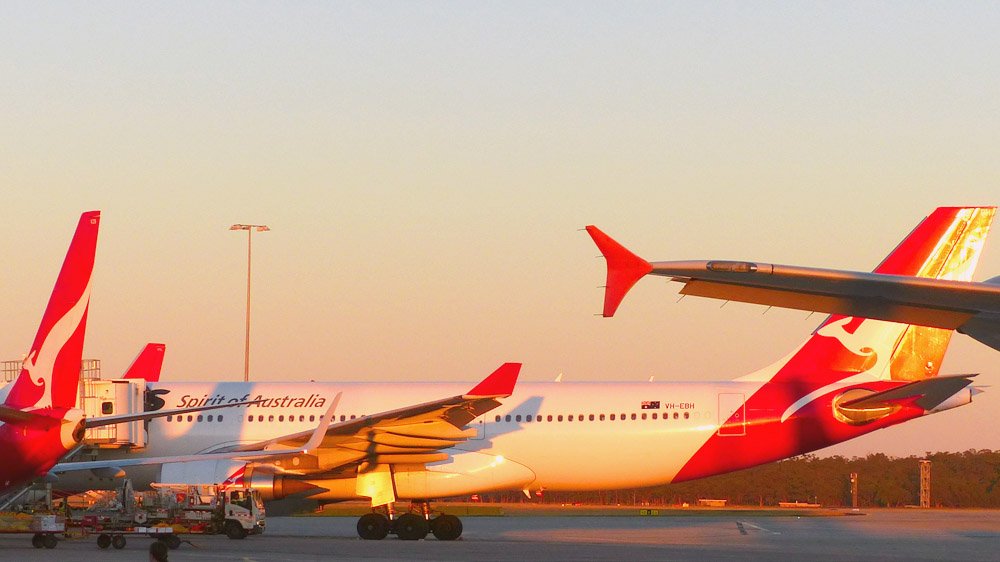 The Fastest Security Skipping Ever

I did it again and again and again. And then I spotted a couple next to me shamelessly walking by the whole crowd with a slightly guilty expression. Encourage by the person behind me, I pretended to belong to them and followed them to the front, where a nice elderly guy assured us he had “plenty of time” and let us through with a big smile on his face.

By that time, I had already emptied my water bottles, taken off my coat and hat, unlaced my shoes, unpacked my laptop and held the zipped plastic bag with the allowed liquids in my right hand and my phone and pocket interior in the other. Quickly arranging everything in the security containers, with the laptop by itself and my coat, hat and shoes neatly placed in the next, I walked through the security scanner without a problem.

I quickly put on my shoes, stuff the small things into my bag and raced off with my laptop on one and my clothes on the other arm to get through the airport to my gate. Don’t waste too much time at the security rearranging all your items and yourself, you can do that at the gate. There, I was informed of a 30 minute delay and found out that there is no such thing as a closing gate time in the Caribbean. The plane boards and that’s it. So I sat down and made use of the feeble wifi connection. 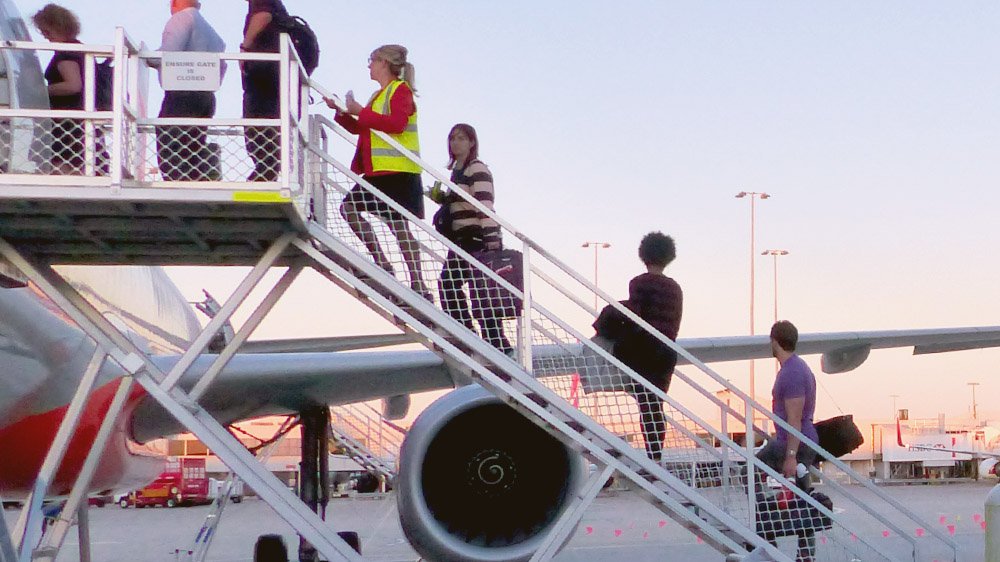 The Case of When to Board

In case you still need to get some business work done and you see the plane boarding, fret not. It doesn’t really matter whether you board first or as one of the last people, the plane won’t leave any faster unless you are the one for whom everyone is waiting and whose name is called out throughout the building. So feel free to wait until the queue has dwindled down to maybe two or three people and then line up (except if they are calling you out by row, then it would be rude to do so).

Did you know it would save a lot of time to let people sit where they want on a plane instead of giving them seat numbers as this wastes a lot of time. People have to get up, sometimes squeeze back into the aisle as they missed their row, etc. But for now, why not wait until all the major fidgeting is over and then calmly find your seat? The same goes for exiting a plane. There is absolutely no need to hit other people as you try to get to your overhead luggage with panicky fingers. The doors never open immediately and chances are you have to wait for your checked luggage anyway.

To save time and be respectful, completely fill out the necessary travel documents in advance and have your boarding pass and passport at the ready – even better yet, take your passport out of its sleeve as some security officials insist on that and seem to have a hard time getting the sleeve off. If you are in a hurry to leave the airport, now is a good chance to hit the toilet and refill your water bottle at a drinking fountain before your checked in luggage arrives. If you travel only by carry on, even better, take out your travel documents again for a smooth exit through customs and you are done.

This was my own personal horror scenario and I hope it doesn’t even get there with you. To help you with that, I compiled even more tips than the few that I marked. Feel free to share them to help speed up the security process at the airport and have less time for worry and more to enjoy the excitement for your trip (and the duty free shops).

How do you get through the airport speedily? Do you like to arrive in time and linger or are you chronically late and always on the run?

Carnivals across the World to Visit Next Year
#TravelBrainster Trisha: The Warmth of South America 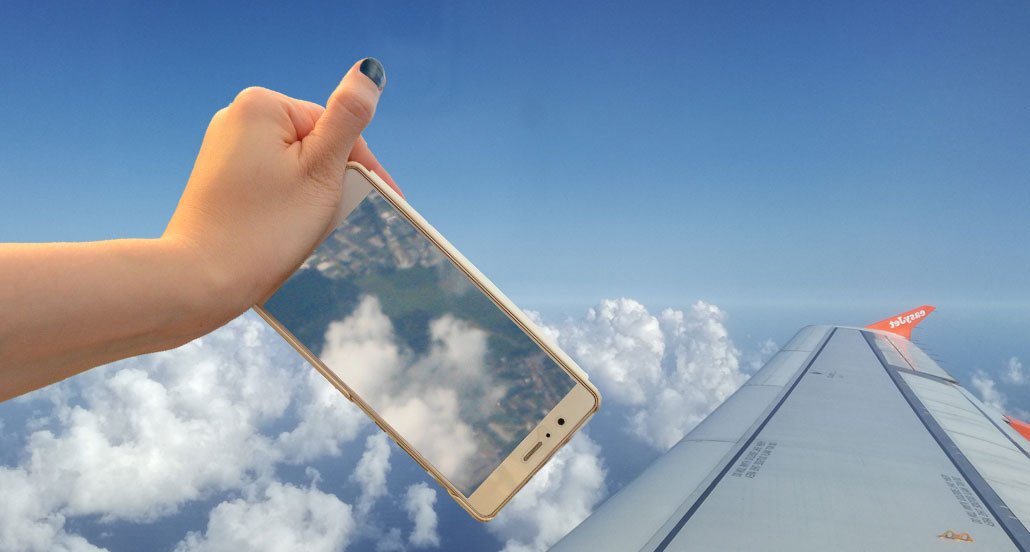