I don’t know why it threw me off so much but my first outing in Athens sucked. It wasn’t anything dramatic. Sadly I should have developed a thick skin against it by now. I usually just put up the blinds and switch to conscious obliviousness. Not this time.

Creepy Welcome to a New City

It might have been the many head slow motion as I walked the street whose corners all seemed to be occupied by at least two men, mostly more. It certainly didn’t help that I had dolled myself up, sporting a short romper and wig in anticipation of instagram photos I wouldn’t feel comfortable taking at the end of the day. Not with all the attention on me and my photography gear. Taking photos when you travel solo is hard enough, having to worry about equipment being stolen. Sticking out like a sore thumb made it worse.

On top of that, the second I stepped on the escalator of the metro station, someone had run down in a hurry just to stop right behind me. My outer pocket I would later find open. Good thing I had spotted the out-of-the-ordinary behaviour and snapped my head around. Not on my watch, you don’t! Nothing was missing, luckily. The unsuccessful pickpocket walked off nonchalantly, not even bothering to fake holding a metro ticket. Or wallet. I guess he had been hoping for mine. He was still eyeing me from a distance. 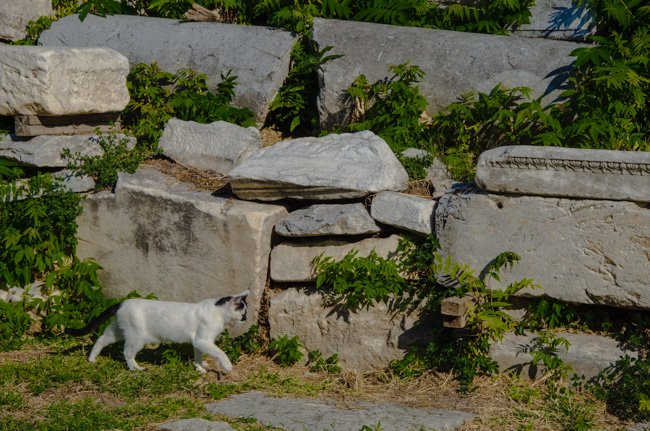 Get Local Advice and Travel Smart

And the direct stares wouldn’t stop. The shoutouts and catcalls. Ten minutes into stepping out of the house, a man marched up to me and started dancing and singing to a tune he had improvised around the word ‘sex’. I was glad I didn’t understand the rest of it. I walked on, still being able to hear him further down the street. I’d have loved to turn up my headphones but especially in a new surrounding, you have to be vigilant and get used to the area first. I tend to stay outside of the city centre. It gives me a more local feel. This time, it gave me the creeps.

My airbnb host had also warned me of a certain district, nestled between two main roads close by. It didn’t sound reassuring. The next day I was reluctant to go out again. I tried convincing myself that I had so much work to do, I couldn’t possibly. But I know myself well enough after three years of solo travel. I put on jeans and T shirt and gave it a second try.

It was better this time around, but I still felt alarmed. I noticed my jaws were clenching ever so slightly. Currently fighting an episode of recurring depression and anxiety certainly was more than unwelcome. But I wanted to have a positive experience. I wouldn’t write off one destination just because of one day. I knew better than that. I was robbed twice before. I’ve had catcalls in dozens of countries. Sexism isn’t exclusive to macho cultures. 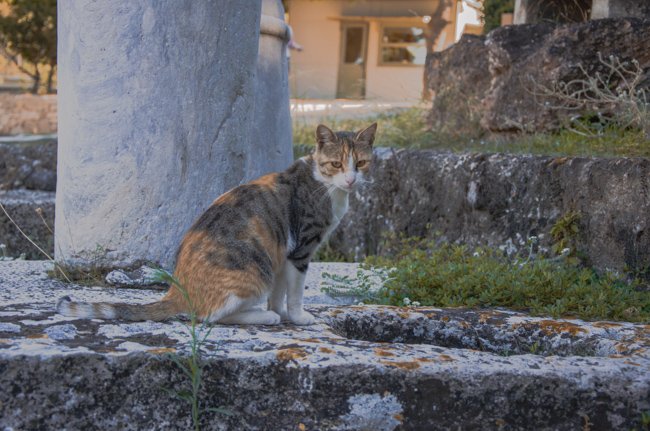 Don’t Let Sexism and Harassment Hold You Back

Quickly enough, I’d experience kindness. From women. Greek women are excessively nice and helpful. I was a bit unsure of the metro system and twice I was given a complete rundown of where I should go and where I should change. One woman even took it upon herself to inform me of what stop I had to get out. “Don’t worry, I’ll let you know,” she had tapped me lightly on the knee and I continued reading my book until she have me the signal. Later I lost my shawl in a bakery. The store assistants had kept it and – even though I had thought it futile – I had walked back after five hours and received it back.

Never be too afraid to travel because off what you hear on the media. The world isn’t going to blow up and if so, there’s no need to worry. What good does the act of worrying do anyway? Enjoy what you can duo while you can. Strangers aren’t out to get you, despite what your parents probably told you. I’m not the only one with tales of compelling kindness from strangers. Travel opens doors you didn’t know existed. So didn’t keep within your four walls, both your home as well as the metaphorical ones we put up for the feeling of safety.

Tell me, have you ever had to struggle with sexism abroad and which country did you feel safest in?

Cheap and Easy Day Trips from Reykjavik (No Car Needed!)
How to Get Around Bulgaria Without a Car