The city of Adelaide has so much variety on offer and is also very obliging in offering a great amount of free tours. Nature lovers, culture connoisseurs and foodie fanatics will all get a piece. With so much to choose from, it was hard to decide but nonetheless I opted for three different walks and want to give you my impressions of them. Maybe you see on them very soon? 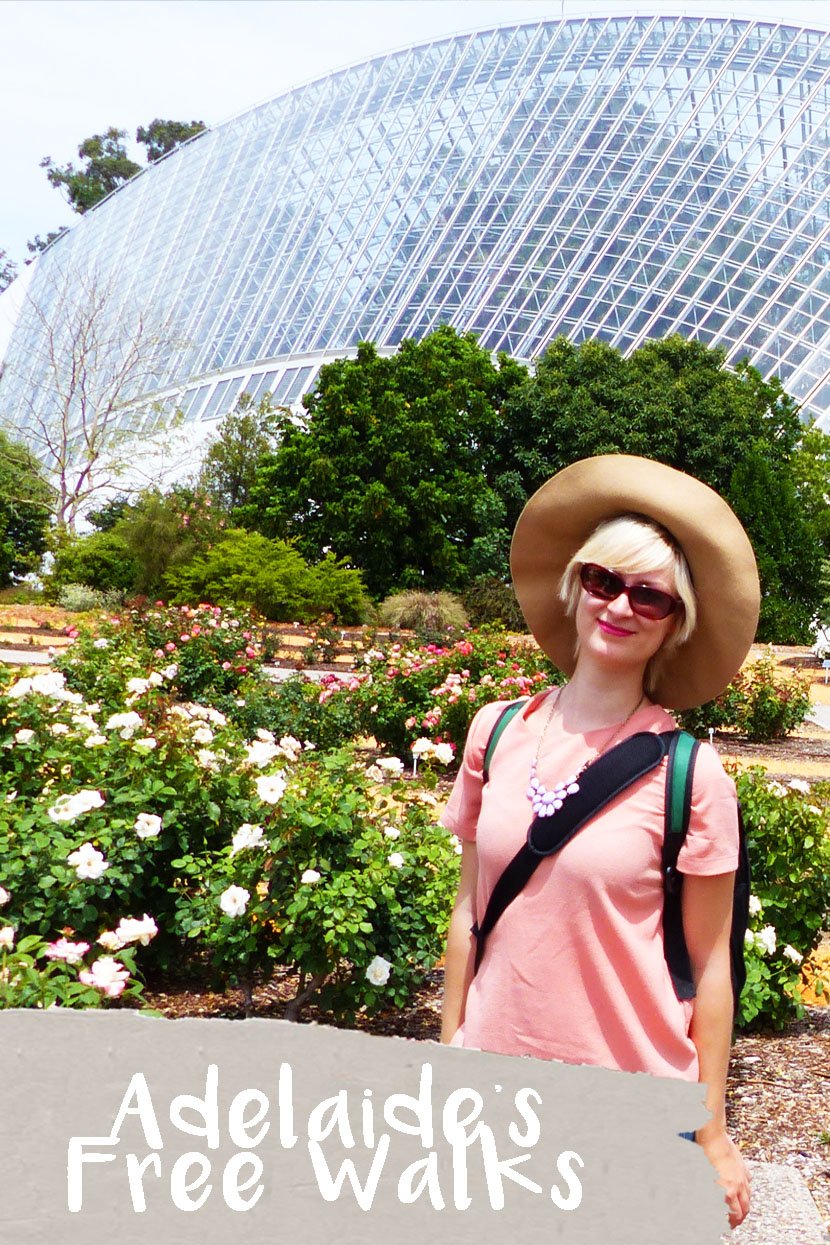 There he stood, my personal city greeter Mike, who would take me to all the sights that I might like. Did you know that Adelaide participates in the city greeters program that is active in 80 places across the world? I jumped on that chance and was mighty glad I did, otherwise I might have missed out on some gems and insider information on places in Adelaide. Mike told me all about the origins of the city and the original planning with the rich aristocracy living in the poker straight lined out city centre among parklands (which were kept as open fields to serve as a protection in case of an attack whatsoever) while the land they also possessed outside was lived in and managed by peasants. A true British class system at work here.

Walking along the straight lines of the Terrace, Mike proceeded to show me the grand train station that is no longer capable to take long distance trains since they are literally too long. Instead, it has only regional trains as well as casino, which we visited accordingly. Just to have a look at the chandelier and old phone booths, of course. On we went to the many exhibition centres of Adelaide, each from a different decade and as different as night and day. Did you know that there are always festivals in Adelaide during spring? It is the hotspot for those loving art, culture and music.

Sports did not fall short on our tour and we got a peek at the enormous cricket stadium with the original score board still standing strong. Moving back in time, we visited the immigration museum where I learned about some terrible incidents in Australia’s past about the British Child Migration scheme, for instance. Look it up, it will horrify you (Brisbane has a very illuminating exhibition on that)! From there we went on to the old police station and I found out why they only had grey horses, to the Ayers House with a living room underneath the front lawn and the old farmers markets. These glimpses into Adelaide’s past and present were really refreshing and I initially though I had already seen a lot of this city. Turns out, there is always more to discover thanks to the City Greeter Walk. 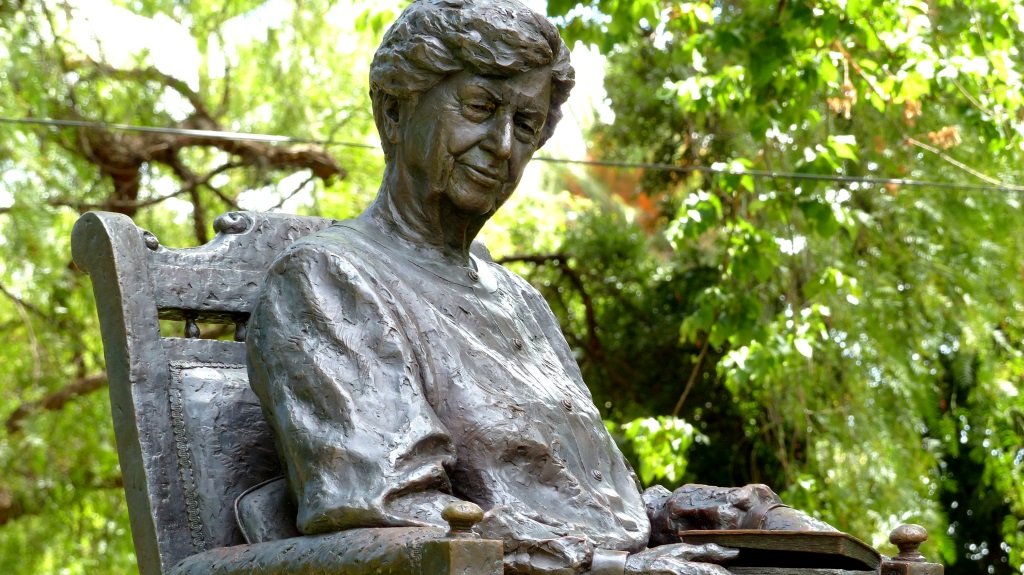 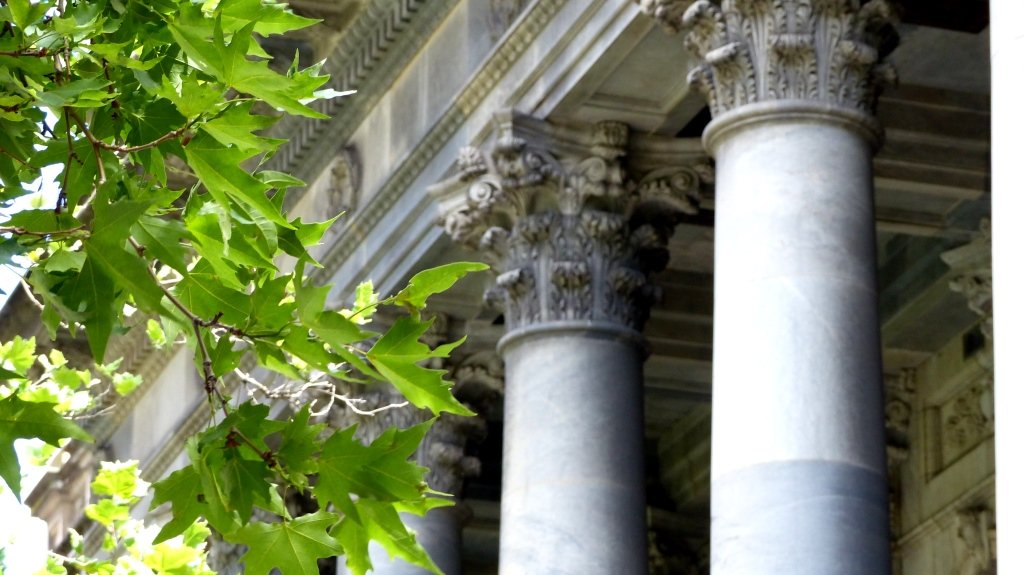 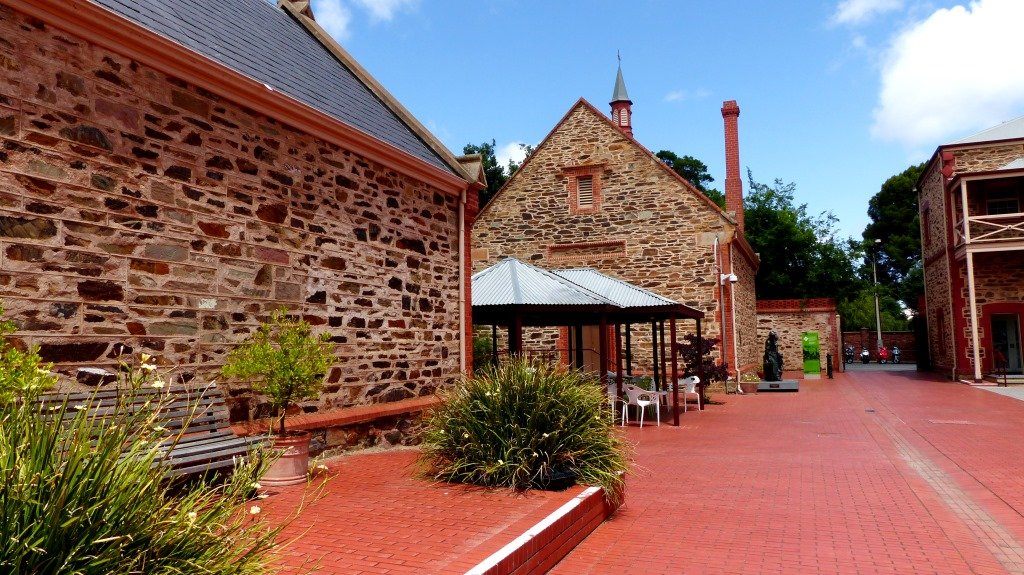 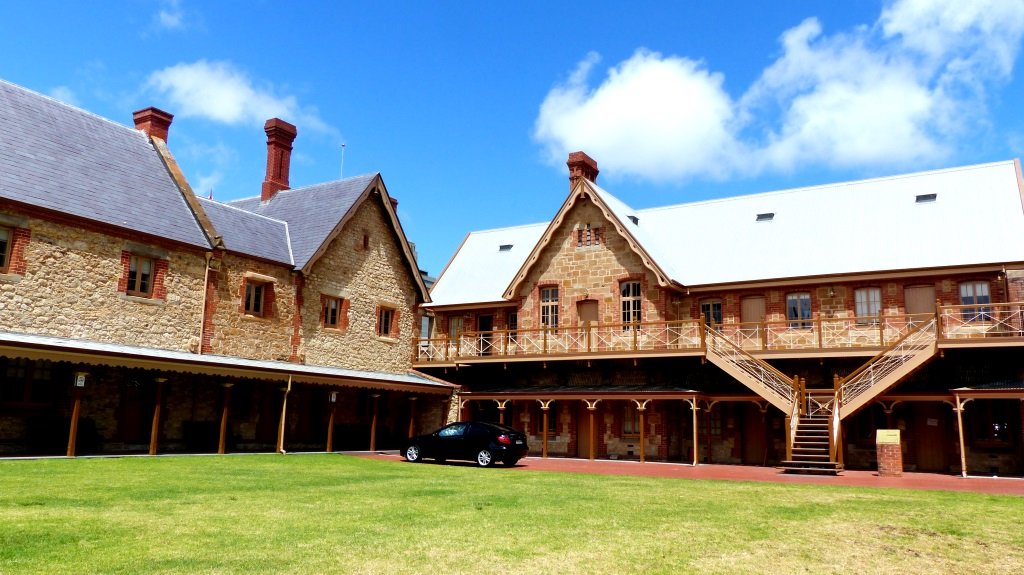 New to Australia and would love a quick introduction of iconic plants? Do names such as araucaria, banya and carpbrotus rossii not ring a bell? Then maybe (and because it is a beautiful place) you should attend one of the daily walks in Adelaide’s botanic gardens. The knowledgeable friends of the garden, such as lovely Lynda, will introduce you to a variety of Australian plants and unique wetland specimens. You might get a peek into the tropical house that has been labelled third most iconic building in Australia and receive a close up rainforest experience along with interesting information on air roots and exotic fruit.

Did you know that the Southern hemisphere actually does not have any conifers? I didn’t and if you like to focus your fun learning experience, then you can even book a tailored tour for only 2 AUD. State your own topic of choice and your personal guide will show you all the relevant places with heaps of information on top. The garden is also a favourite with wedding parties and while the bridal couple will be busy posing for the camera, the guests can go on a guided tour as well.

Another thing that should bring you to the gardens is the fact that Adelaide is the rose capital of the world thanks to its perfect climate. Annually a special rose will be awarded the title Rose of Adelaide and submissions will be on secret display, checked every month for 2 years. If that isn’t dedication. So take a stroll in the huge rose garden, stop by the lily pond or have a picnic in the botanic park right next to the gardens. Your guide will surely point you to the best spot and can even name the tree you’ll be sitting under. 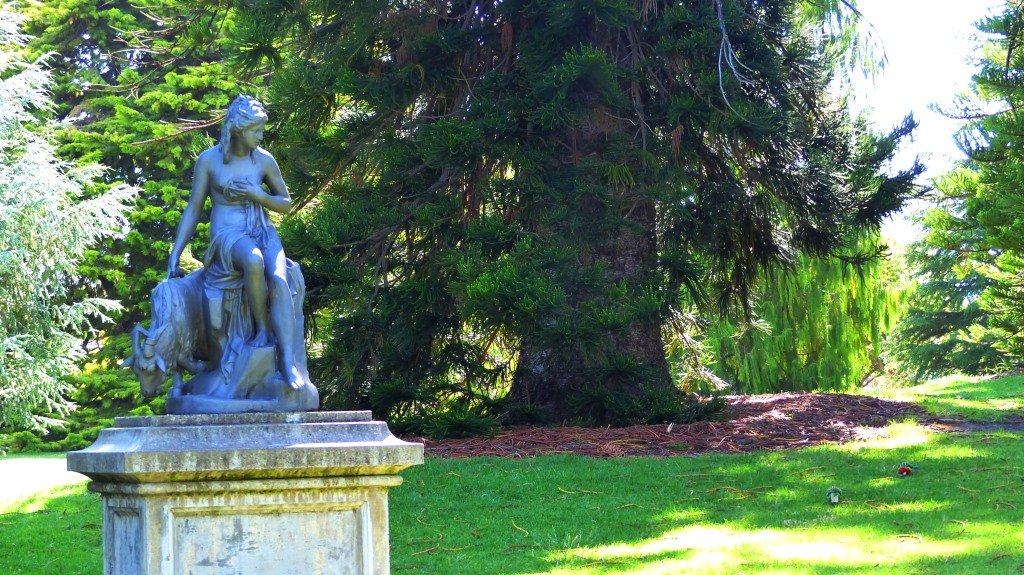 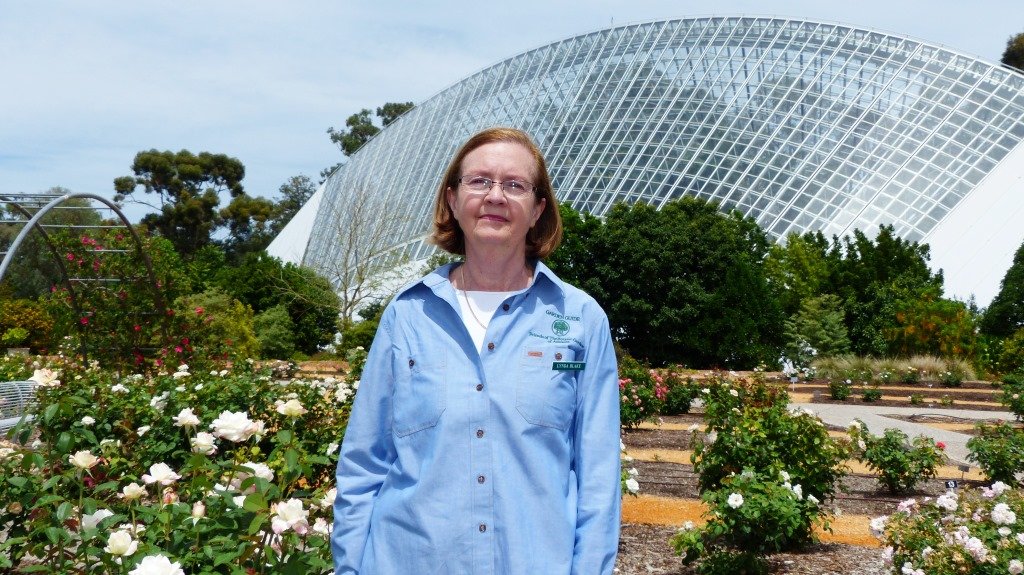 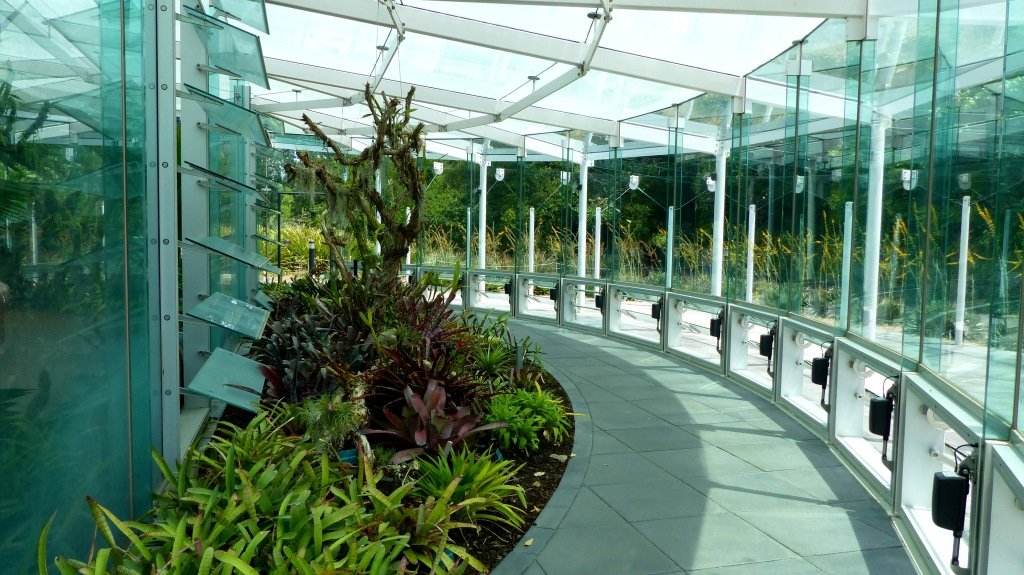 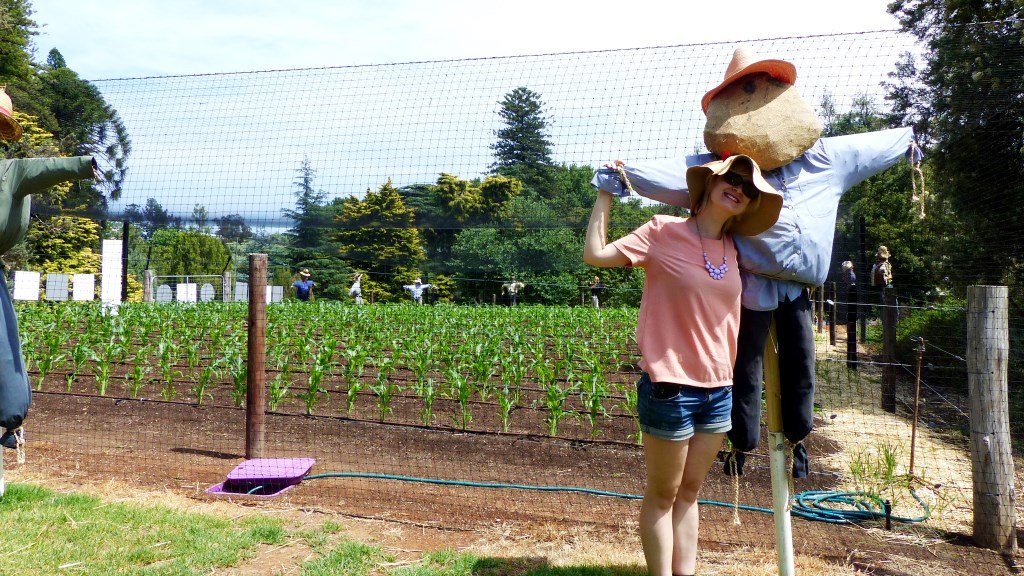 Australia started as a huge prison and where do you think the development of art fits in with such an environment? Forgery. Those criminals who were shipped over because of money forging were made to paint living room paintings for the officials and with the first wave of immigrants into Australia, the first wave of trained artists arrived as well. Many talented young artists travelled all the way back and forth to Europe to learn the classical trade and this is reflected in the early days’ styles. They were pretty European in style with romantic and impressionist influences, for instance.

A shift visually as well as personally appeared after World War I when suddenly women needed to be bread winners and received more acclaimed for their work. Women painters were increasingly popular in the scene and even bravely travelled to European art schools alone without a chaperone (just imagine back then!). Another shift occurred later on with riches flowing due to the Copper mining in the 1840s with a more rebellious approach to art and the touching of topics that were until then not redeemed important. For instance, paintings of aboriginals appeared and painters started to draw from a place that was less classical composition and more emotional concerns, mixed with critical thinking.

The country has their own renowned artists, albeit not as well-known as their European contemporaries were. Still, the artworks are interesting and beautiful to behold and I in particular liked (and yes, many Australians will sigh over this) Hans Heysen and his pastoral landscape drawings with lots of cows in them . After the right wing of the gallery that follows this chronological development in Australia’s art history, the aboriginal art takes over. Typical dotted pieces, they challenge your view of perspective and draw you in into the native landscape. Another highlight of the museum is about another minority: transsexuals. A golden statue stands cocky in the museum’s left wing, cigar in mouth and tattooed all over, naked and challenges your perception of gender and rigid definitions. 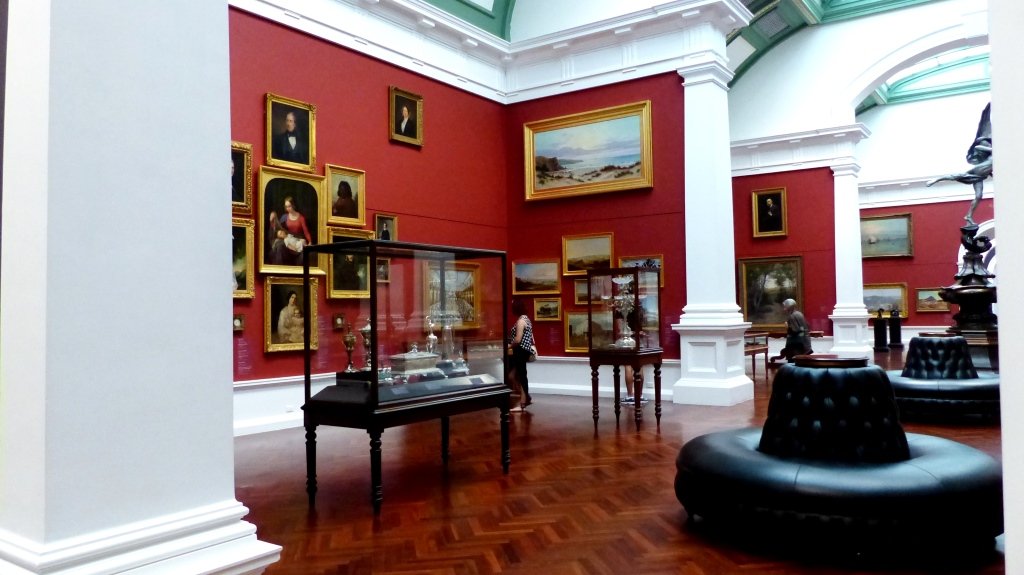 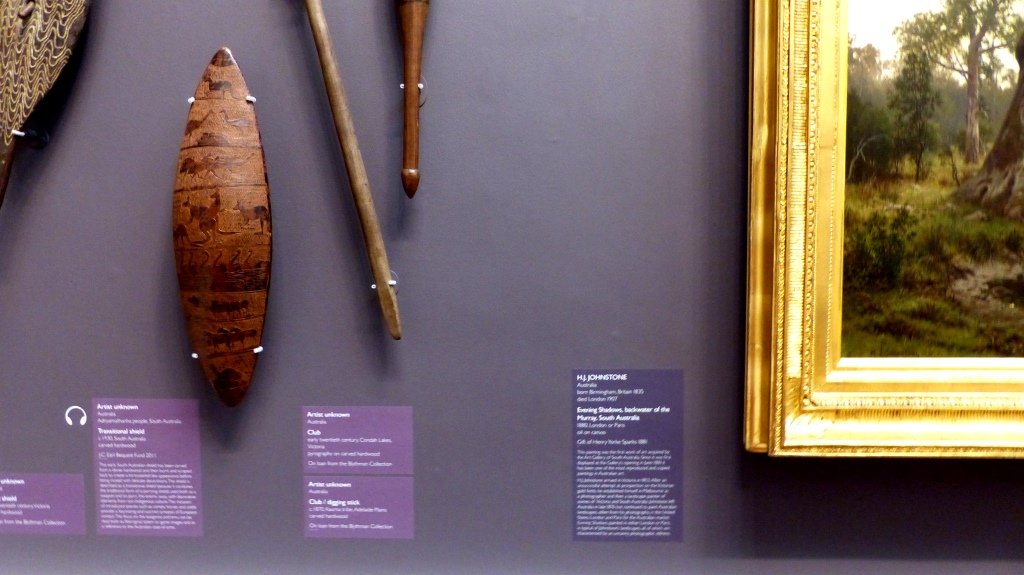 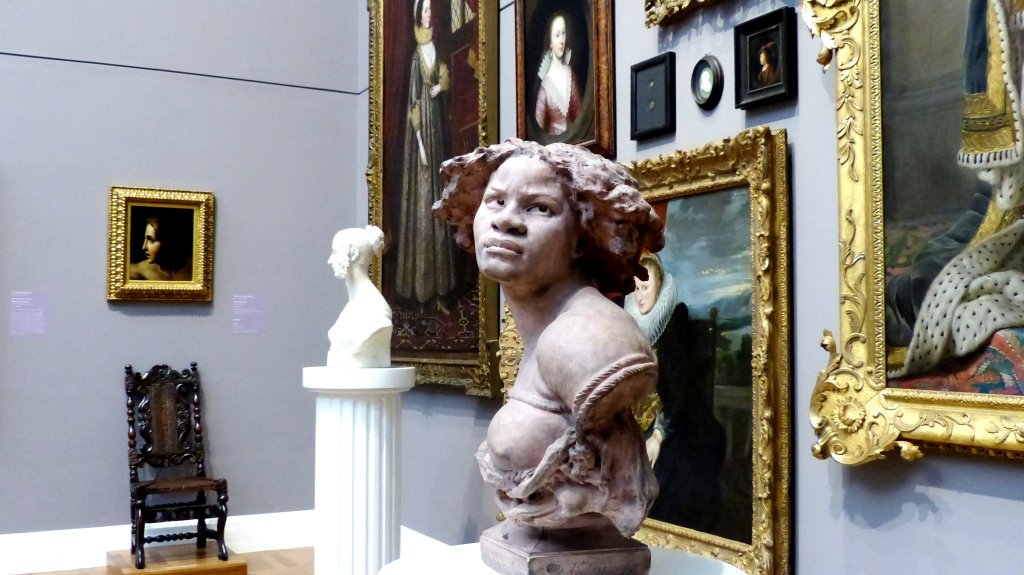 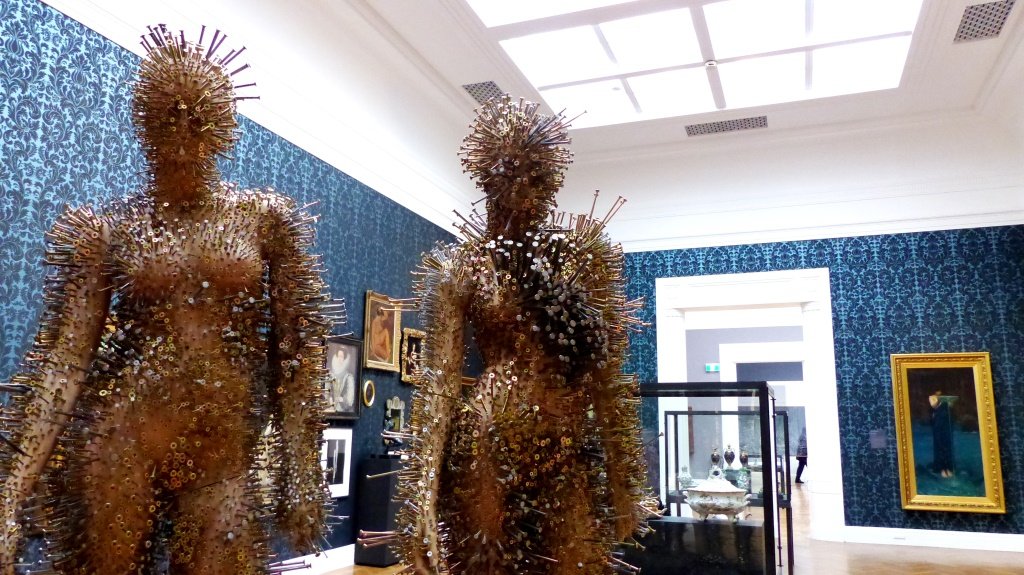 An Australian chocolatier that has flown all the way to Switzerland to perfect his craft with the best of the best, Lindt Chocolates, is having tours through his factory including free samples? Where can I sign in, you may ask? Well, you can do that conveniently online or via phone and get a first-hand insight into the history of the best chocolate in down under, awarded with prizes even in Belgium – and they should know all about great chocolate.

I participated in the tour straightaway and loved all the explanations about the delicate process of creating varying levels of smoothness in chocolate, learned that chocolate beans are like coffee beans in that depending on location they adopt a completely different taste and that the beans need to be roasted just right to create the flavour so as not to make it taste burnt or bitter. The beans inside the shells are actually edible already before they are made into chocolate and apparently all the rage in the healthy lifestyle scene.

Also, I got treated to delicious chocolate drops. I even preferred the dark chocolate and that says a lot of someone whose palate actually never learned to appreciate darker chocolates. So that’s a first. But the tasting did not stop with the tour (which., sadly, was quite short). Every Haigh’s shop – found in Adelaide, Melbourne and Sydney – allows visitors to try free samples and this time of the year, these included the special Christmas pralines. Absolutely amazing! Cinnamon, cherry and marzipan were the most dominant ingredients and I can’t stop raving about them. (Had to go to the city’s shop to get another sample.) 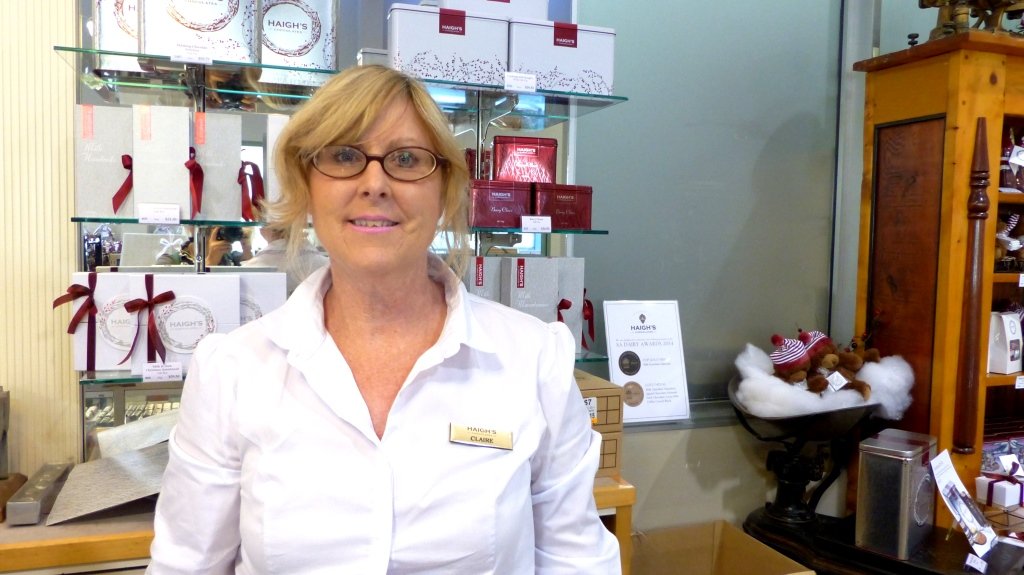 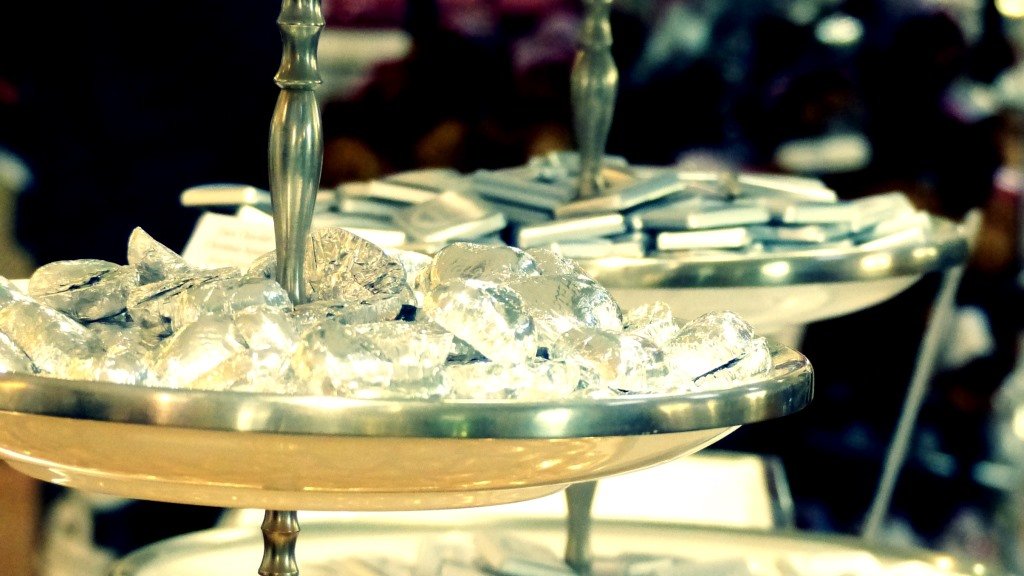 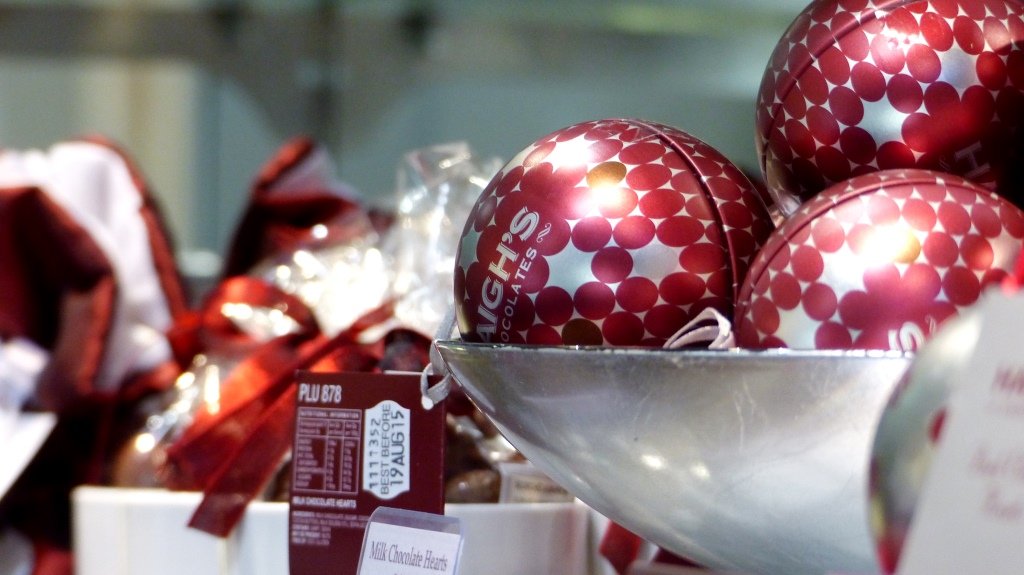 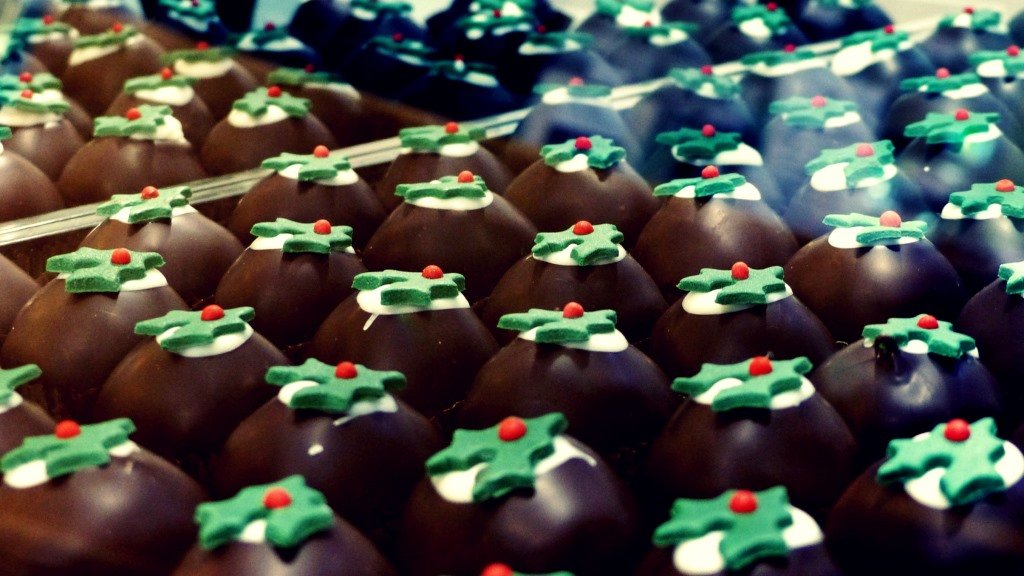 I would like to thank all my lovely guides for introducing me to all these various faces of Adelaide. 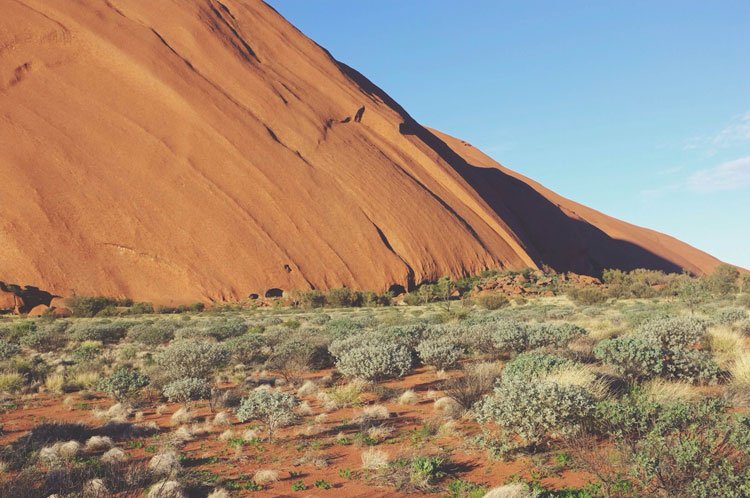 How to Plan An Australia Itinerary for 3 Weeks 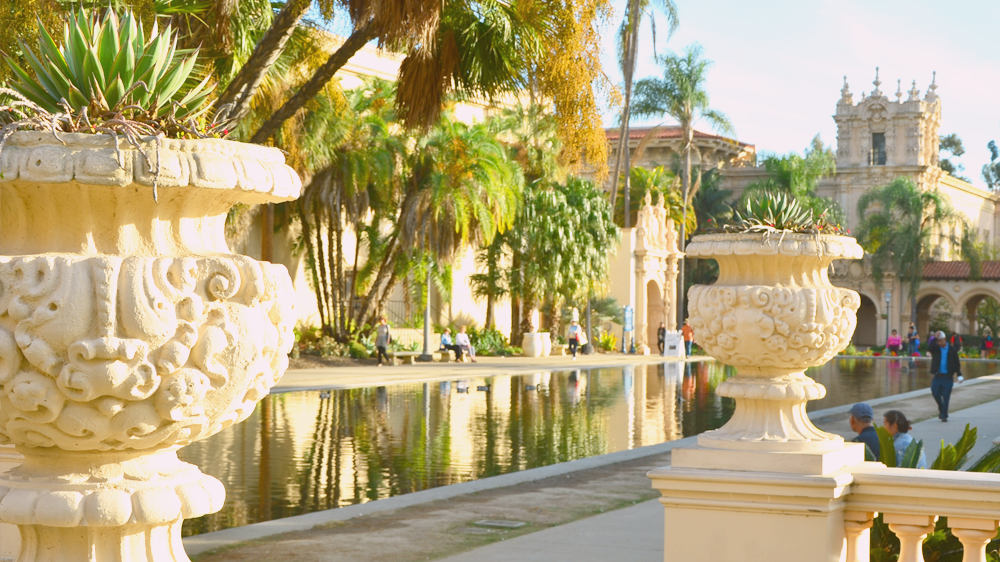 Where to find the best Cultural Activities in San Diego