Cold, desolate and void of shelter. That is how I pictured the harsh Yorkshire moors I thought I knew so well from the books. And so I trudged through the treacherous heath on my quest to explore Yorkshire, being very cautious of my steps. The moors can be dangerous and when you stray off the path – as I like to do – you can find yourself being taken by mud holes, crashing down the rocky slopes or into deserted quarries. All of a sudden there was a piercing shriek! 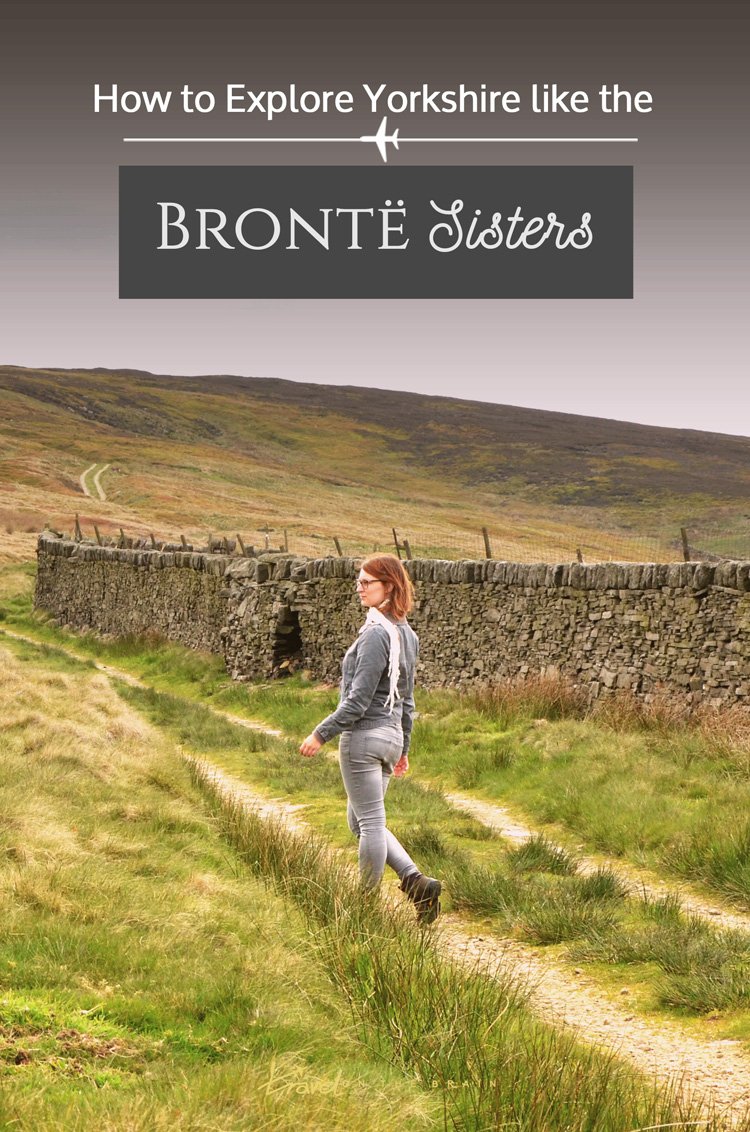 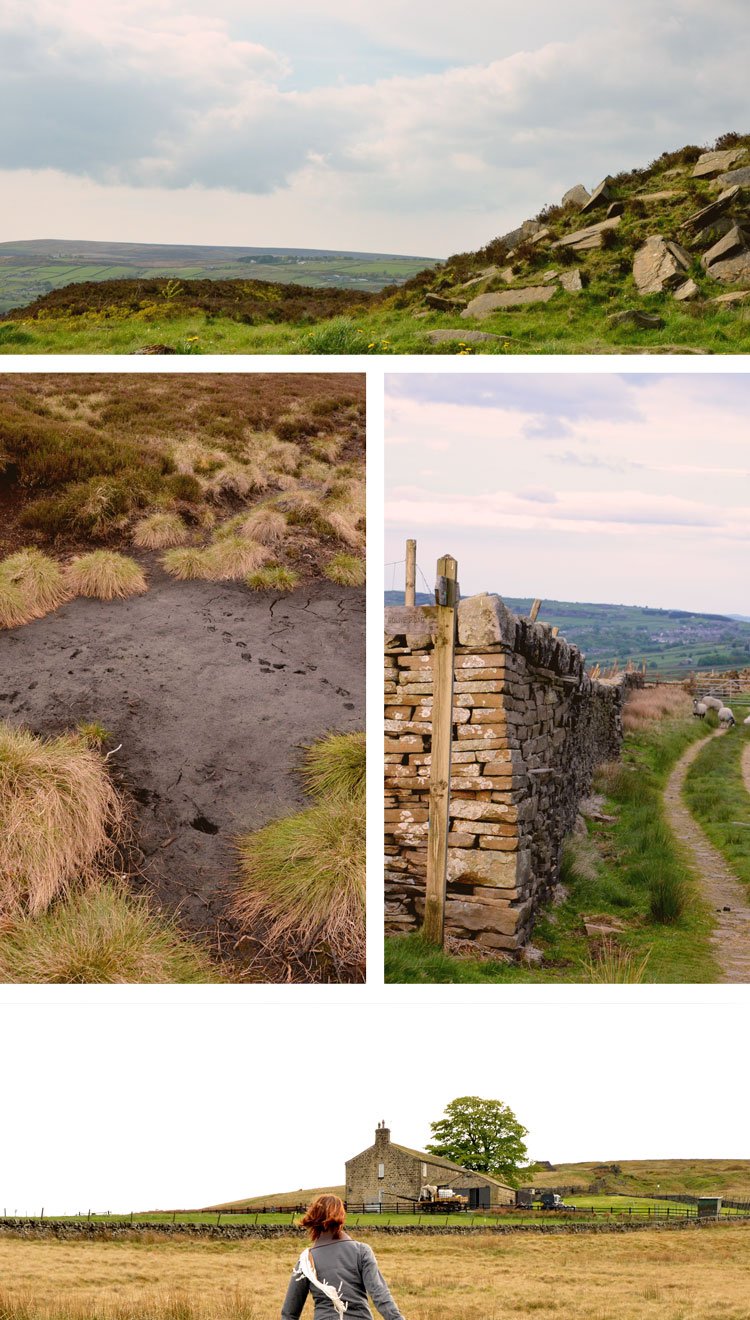 My explore Yorkshire trip was kindly sponsored and arranged by Visit Britain. As always, my opinion remains my own and my fangirling embarrassingly true.

Explore Yorkshire and Its Moors

I stopped dead in my tracks and needed to adjust my eyes to the blinding light that poked through the otherwise dense clouds. There was something moving in front of me. But it was just a pheasant. They must be rather stupid, crouching in the bushes, pretending to camouflage and then, when you are not even close or even remotely aware of their presence, they decide to flee, making a big racket. But the shrieking of lone birds and the distant bleating of sheep are all the sounds that guided me along the moor landscape. Otherwise, I was all alone.

How must Charlotte Brontë have felt when all her beloved family but one had perished in the harsh conditions and she was left alone to pace back and forth in her tiny living room, staring at the couch on which her sister Emily had breathed her last, unable to even move upstairs, and taking solitary walks in the heath? The Brontës actually had six children in total, which I wasn’t aware of. The first two died pretty early, aged 10 and 11, due to the terrible school treatment and horrendous sanitary conditions of their home village Haworth (think Jane Eyre’s traumatising schooling).

The fact that the rest of the family even survived that long was thanks to the enduring efforts of their father, a local parson, who wanted to bring change to a region in which 46.2% of the population died before they were even teenagers (think about it!). Toilet waste was running down the streets and the drinking water was polluted by the way too crowded cemetery that the Bronte’s would have seen on a daily basis. No wonder the books were all so gloomy when life was hanging by a thread here. 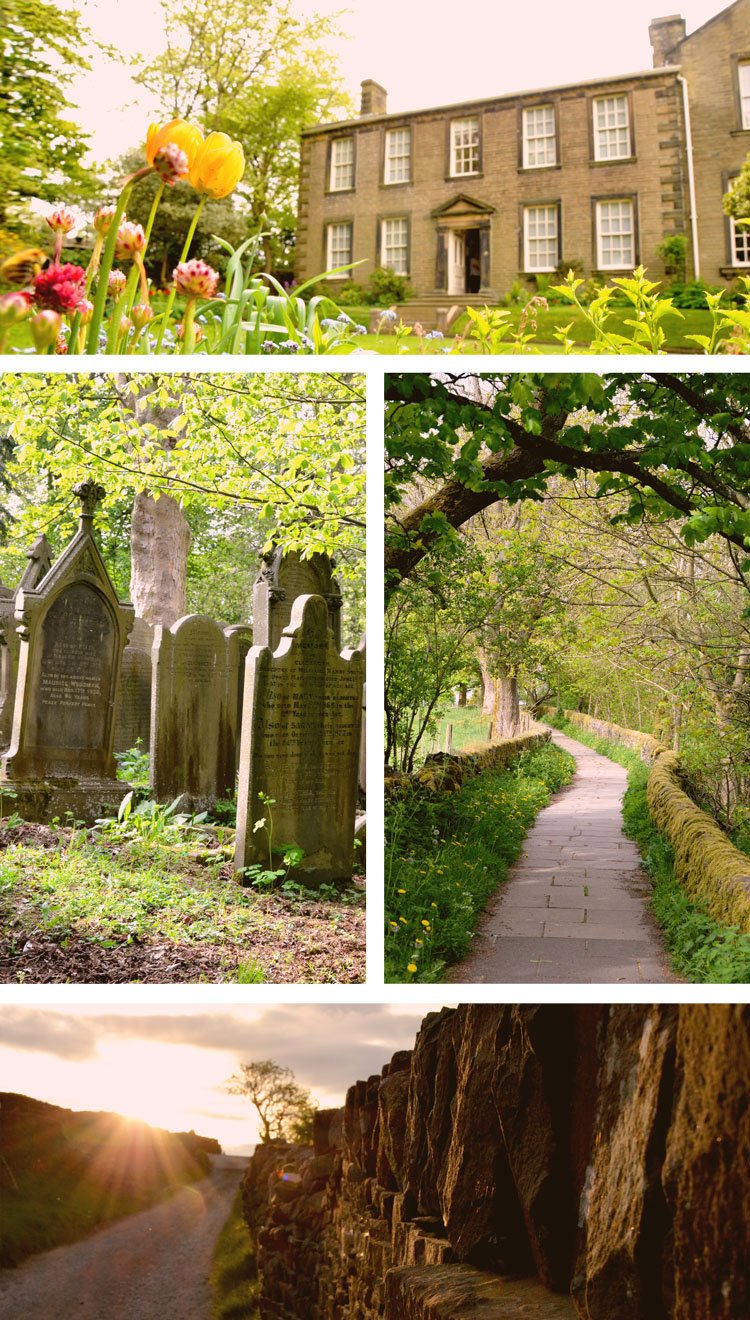 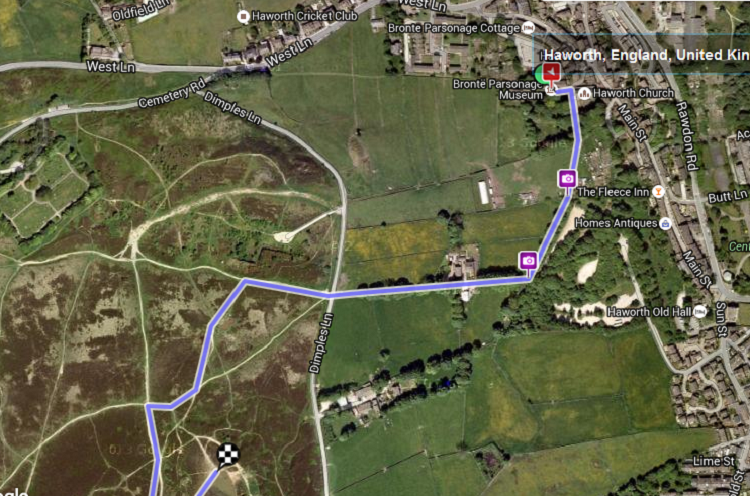 The Life of the Brontës

At one point, the first three children, Charlotte, Emily and the misfit brother Branwell, were nearly caught in a disastrous landslide that at first was believed to have been an earthquake, so thundering was its sound and so destructive its nature. They were saved by Ponden Hall, which they used to visit frequently by possibly climbing up its outside staircase and being collected as fast as humanly possible by the terrified father.

In fact, Ponden Hall served as Emily Brontë’s inspiration for Wuthering Heights and you can stay overnight in one of its three beautifully restored and decorated rooms, one of which has a reconstructed boxed bed with the bible window niche in which Cathy was reading before being haunted by the ghost. Some people claim they have seen it themselves and if you catch a glimpse of a bearded gnome in the garden, you might encounter death in the family it is said. Better stay clear of that, then.

You might want to stay clear of me as well because when I stayed at Ponden Hall, I actually crept around the garden at night as I imagined myself to be locked out (I was just not trying the big wooden door enough, but how would I know that?!). I had been at the nearby pub, which was a mere twenty minute walk away, and being held up with good food and company I made my way back too late and was walking when dusk was already swallowing up the last light and the song of birds began to quieten down. I arrived when everything was pitch black outside. That’s definitely an advanced level to explore Yorkshire. 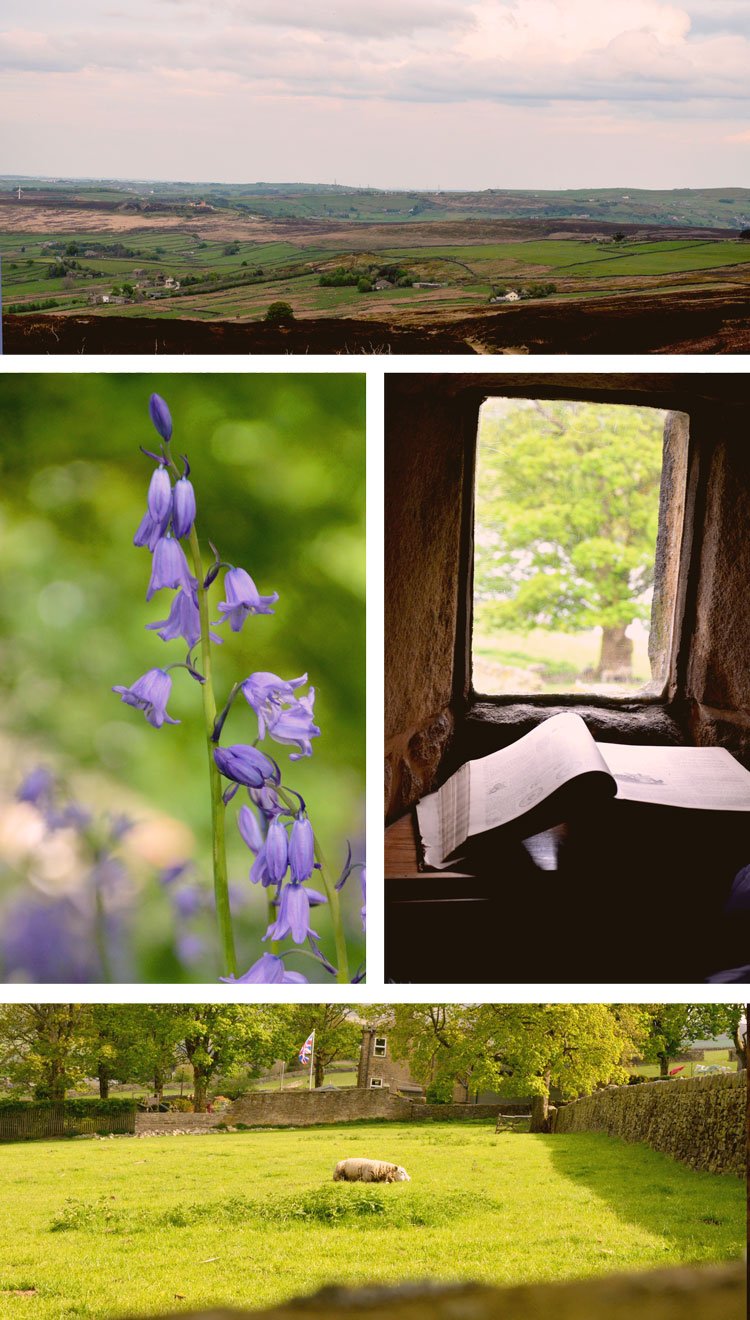 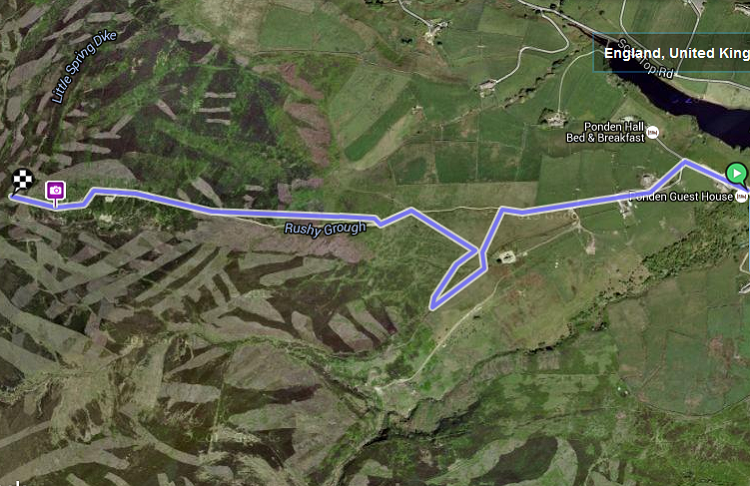 Introducing the Creep and Darkness

Needless to say I gave my host a good start when I was quietly knocking and she quite blind with the light saw this weird black figure by the window. I guess I know how to make an entrance. But that wouldn’t have been the first time I crept around houses that day. Earlier, I had already soaked as much information as I could about the Brontë family at their old parsonage, walked their favourite walks and visited a newly built film set. In short, was was fangirling all over the place and even if you are not into the books, coming here you much better understand their dark tones.

The next day on my mission to explore Yorkshire’s famous residents and their history, I made my way to Haddon Hall in Derbyshire (where a part of the 2005’s Pride and Prejudice was also filmed – check out my Jane Austen fangirl film location guide) to continue with my fangirling. At first glance I was set back to the 2011 film and – even though I had only seen it three times – I recognised each part and could match it in my head to the scenes. Yes, I can be sad like that. The corner where Rochester shot at birds in anger. The gloomy fireplace in the living room. The scene with Blanche Ingram. All of it came back to me.

Even the red room was shot here and the museum staff remembered vividly dust brought in to evoke the sense of the attic with the result of the clingy dust sticking around for weeks. Regardless of whether you are a Jane Eyre fan or not, Haddon Hall is such a remarkable and grand place that a visit is always worth it. And the many information boards are actually highly interesting, giving you an insight into medieval life, especially behind the scenes with the servants. Did you know there were food runners as kitchens were a safety hazard and build some distance away from the main house? Even the furniture is pretty much intact (take that, IKEA!). 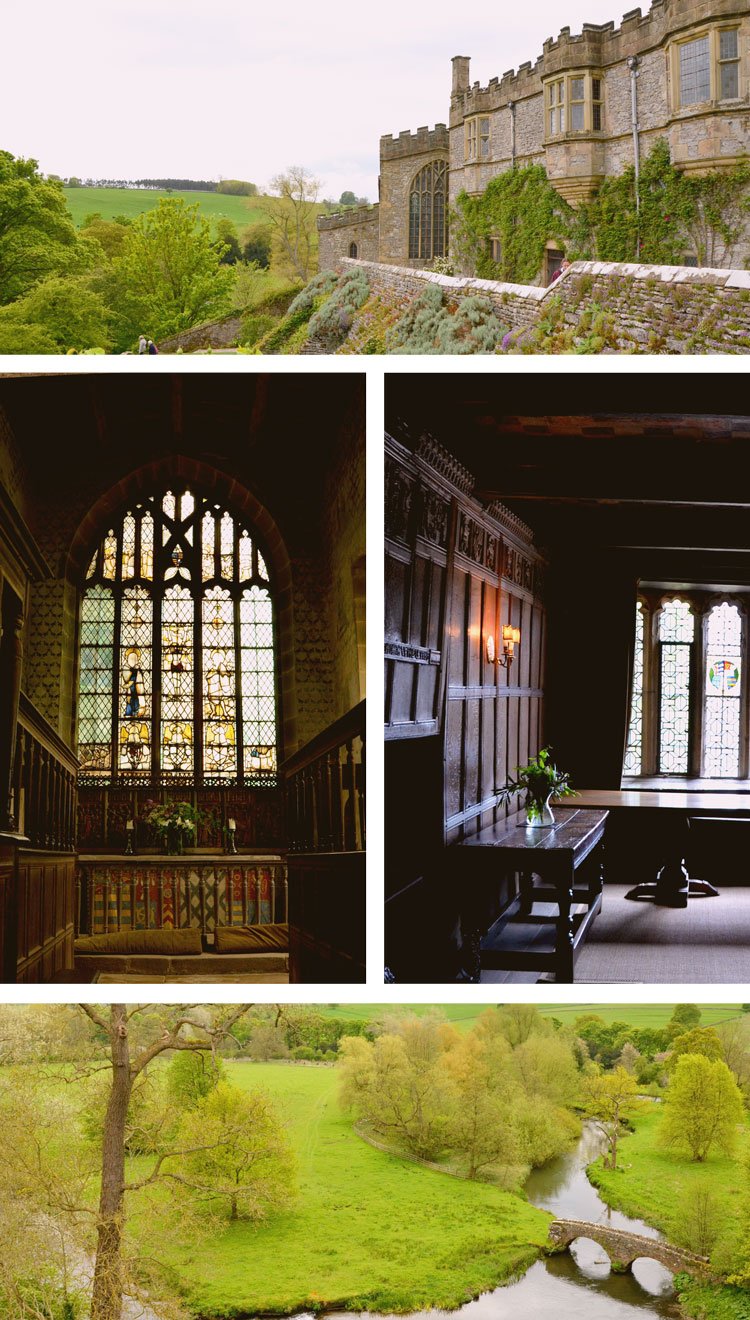 So if you want to explore Yorkshire and its moors yourself now to see some pretty amazing landscapes, bath in solitude and learn more about the Brontë Sisters, feel free to download the printable of the walking tracks from my FREE travel resources library or tweet and pin this post to share with your bookworm friends. Have a traveltastic week!