When you visit Japan, you will be surprised by the number of people. And most of them seem to spend their days walking in their own little bubble. Riding the subway with closed eyes, walking over crossroads without looking left or right when the traffic lights turn red for cars and eating alone at sushi conveyor belts. But did you know that 40% of Japanese men prefer not to eat alone. In contrast, the trend towards eating all by yourself for most of the time is growing steadily in America. Why does eating alone still feel awkward a lot of the times? 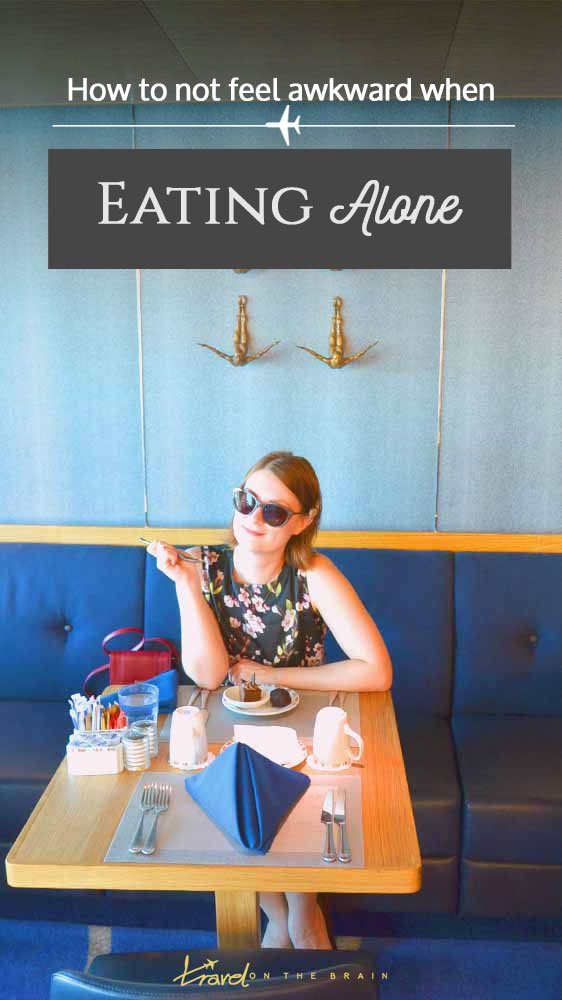 Ask yourself: do you feel awkward eating alone and why exactly?

While for Americans, smaller households and time constraints are a big reason to cut short on communal dining time, for the Japanese it’s tight budgets and the feeling that if you’re alone, you don’t need to treat yourself.

What is it for you?

Are you a bubbly extrovert who loves to chat to people?

Do you feel exposed and self aware when you are alone?

Are too many things going through your mind when you’re alone and you want them to stop?

Eating by yourself or in fact just being by yourself can be uncomfortable, yes, but it needn’t be. You can still chat up other people or just enjoy the time you have all to yourself. Because that is a good thing. Time is a valuable commodity, which you also need to invest in yourself.

Being confronted with your own tumultuous and confusing thoughts is also cathartic as you get to deal with all sorts of suppressed emotions and thoughts you didn’t want to get to terms with or that got lost in your daily grind. You can let that wash over you, you can address it (internally – otherwise people might think you strange if you started talking to yourself. Not that anything would be wrong with that, though).

In short, it helps you with being more comfortable with yourself. If you can’t be your own best companion then you might need to reconsider. You are stuck with you! So be nice to yourself and be accepting. Here’s an amazing video to help you appreciate being alone.

How to NOT feel weird when eating alone

But I could go on and on and you still might think, hey, why should I believe this? I feel awkward eating alone and therefore avoid it no matter what you say. Fair point. But I am not the only one who has thought like you and now thinks like me. So I asked fellow blogger Ashley from New Girl in the City and she says:

“After years of living on my own, I still refused to go out to eat – including coffee shops – alone. That was until I was forced! I moved to Hong Kong in 2010 by myself and wanted to go out to eat. I knew no one and needed a simple breakfast; I grabbed my computer hoping for wifi and off I went to Pacific Coffee Company. From then on, I’ve brought books, my phone, or my computer just in case I get that awkward feeling, but I almost never use them. Maybe it’s the security of having something to do just in case. Now I actually quite like eating alone, especially if it’s at a restaurant in a city I’m traveling where I can be outdoors taking in the view.”

How to Fully Own The Fact that You’re Eating Alone

If you have never been a big fan of eating alone, there are a few good ways to combat that weird feeling that kicks in once you sit down and look around. You feel the eyeballs turning your way and stares burning into the back of your head, whispers start to rise and suddenly you’re the centre of attention. At east that’s how eating alone can feel like. So here are some good tips by Laura from Willful and Wildhearted:

“While bringing a book or a podcast are the obvious ways to combat the loneliness, I think the best way to banish the awkward aspect is to just own it! The thing is, nobody thinks about you as much as you think they do. There’s something really transformative about understanding that notion and pairing it with an appreciation for oneself. So next time you’re out eating alone and start to feel awkward, appreciate the fact that you’re awesome enough to be out exploring on your own and sashay out of that restaurant knowing you’re a badass.”

How to chat up people when eating alone

If you still feel strapped for conversation, you’d be surprised how easy it is to strike up a conversation when you’re alone. I have done it multiple times and it got easier the more I did it during my solo travels. And so you know, I used to suck big time at small talk and was rather shy (and still am an introvert on top of that). Leigh from Exist Green shares my sentiment:

“Many of my favorite memories (whether travelling or not) include random conversations with strangers while grabbing a bite to eat, a beer, or a glass of wine. Simply walk in with a large smile, scanning open seats at the bar (if available), and seek out a friendly face. Just be sure to have a backup activity that doesn’t give off a sense of complete and utter boredom (i.e., avoid the smartphone). My go-to is a small notebook to jot down inevitable “aha moments” inspired by the conversational silence.”

So what is it for you? Are you regularly eating alone or avoid exactly that? I challenge you to eat alone tomorrow and to do it without distraction (no smartphone or pokemon chasing!).

How to Survive Bali Belly and Prevent Traveller’s Diarrhoea 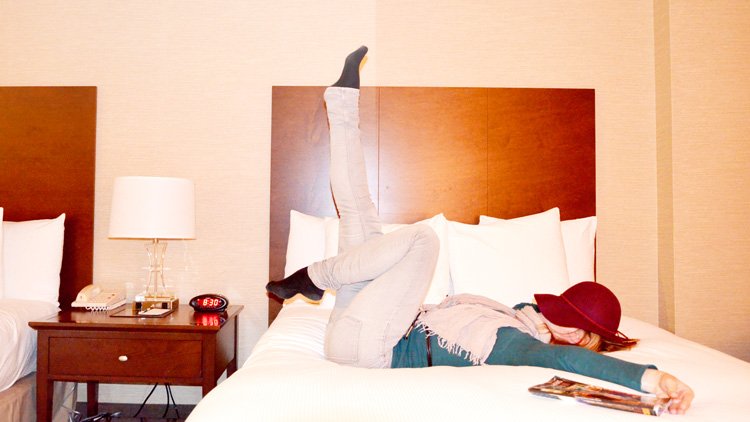 Forget Jetlag, This Is Why You Can’t Sleep when Travelling