Split in Croatia has a lot to offer as is but the landscapes and surrounding scenery are so beautiful, you gotta go on day trips from Split, Croatia. (Yes, plural!)

When I visited, it was so hard to narrow down given the limited time frame I had so I wanted to share the wonderful Split day trips that I managed to squeeze in and those that are on my list for next time.

One of the best national parks in Croatia is Krka. Like Plitvice it’s super popular and a major tourist hotspot near Split. So make sure to arrive extra early to avoid the lining up for the hikes and ferry crossings.

You pay a small entrance fee into the national park, which is included in the first ferry ticket. From there, you can opt to go swimming next to Roški Slap falls or take the second and third ferry to a small island and another, bigger waterfall.

Definitely plan in enough time but also keep an eye on the bus schedule in case you’re not driving yourself. Alternatively, join a guided tour for the most comfort as everything is included: transfer, boat, guide throughout the park as well as wine tasting. Book it here*.

Even more beautiful than Krka is the national park Plitvice with its dozens of cascading waterfalls and basins. Again, be early and bring your sense of wonder because this place is pure magic no matter the time of the year.

There are many board walks leading your around the falls and the 12 Upper Lakes (Gornja Jezera) as well as the Lower Lakes. There are trails through the forest, too in case you need to get away from the crowds.

You can also do some boating if you feel lazy and there are kiosks and an eating area in case you feel hungry.

Getting to Plitvice for a Split trip takes less than three hours and if you rely on public transport, I recommend doing a tour instead to avoid the bus changes and timetable hassle.

Such a tour includes entrance tickets and boat transfers as well as a rain poncho in case of bad weather. Reserve your spot here*.

If you’re a Game of Thrones fan, I don’t need to tell you to plan a day trip to Dubrovnik. The ancient city walls and the Minčeta Tower especially are highly revered. It was here that Khaleesi Daenerys and Ser Jorah Mormont roamed Qarth in search for her dragons.

Further stops should include Fort Bokar, where Tyrion Lannister and Lord Varys had a little chat about the defences or the bay around Fort Lovrijenac, which was where a sea battle was staged.

If you want to see all the essential filming locations, take part in a Game of Thrones tour around Dubrovnik*. It takes 2 hours and you won’t need to piece together your own walking tour.

If you don’t care too much about the series locations and instead want to learn more about real life history and Dubrovnik attractions, then take part in one of the day tours from Split to Dubrovnik. Get in here*.

There are many things you can do on Hvar island itself. The Hvar lavender fields are especially gorgeous. Do check out the island’s main town of the same name. I highly recommend staying at least one night to really take your time exploring the island landscapes and beaches.

Besides, you can enjoy a trip from Split to Hvar by boat with many different activities and stops. For instance, sail to the setting of a golden sunset with a wine in your hand on this tour*.

Alternatively, you can easily combine your Hvar visit with stops at the Blue Cave, Budikovac Blue Lagoon and the Stiniva beach. Join the tour*.

Are you feeling adventurous? Then try a little action holiday near Split and try wild water rafting on Cetina River. It’s 12 kilometres long (7.5 miles) and there are up to level 3 rapids you can conquer.

The tour takes three hours and you can choose between a morning or midday session, depending on whether you’re an early riser or not. Tickets are printable or can be shown on your phone, so you don’t need to print anything. Equipment is included. Get in here*.

With so many wonderful bays to explore on a day trip from Split, you might be uncertain what to pick. But one thing is for sure, you need to do a boat tour during warm, sunny days.

Jump on a speedboat and cruise around the islands of the bay, swim in the turquoise waters and then take a stroll through old towns.

If you can, see the gorgeous Blue Lagoon, where you can swim. (Wear an environmentally friendly sunscreen* to not pollute the clear waters!)

You can join a small group tour* that has a wonderful day from Split planned for you. It’s also possible to book a private guide*.

Speaking of water outings from Split and its many surrounding islands, Brač Island should also be considered for your list.

Take a turn with a catamaran from Split around the Dalmatian coast and stretch your legs on Golden Horn Beach (Zlatni Rat).

I’ve found a tour that includes all the drinks on the catamaran with 2-hour free time on the island of Brač. Book it here*.

What makes Brac so special? It’s white sandy shores along the white cliffs attract surfers from near and far and there are quaint traditional villages, such as Pučišća.

In case you don’t want to single out a specific island to visit for a day from Split, then an island hopping trip might just be the thing for you!

With so many islands in the Adriatic Sea, pick a handful. There are many ferries going regularly during peak season. It*s rather limited in off season. So a tour is actually a really handy way to go about it.

This tour I picked includes a visit to Hvar Town, the Blue Cave, Stiniva Cove as well as Komiža on the island of Vis. Join here*.

Before I visited for a day’s getaway from Split, Bosnia and Herzegovina wasn’t really on my radar. But I soon discovered that that’s a mistake. It’s just so beautiful! The gorgeous landscapes with towering castles, clear waterfalls and tranquil lakes is well worth the trip. (Plan a longer visit if you can.)

Mostar is the go-to place for tourists to the country and rightly so. Here, you can wander along traditional streets and cobblestone streets with vendors selling handcrafted items made for example from copper and glass mosaics. They make for really beautiful souvenirs.

Mostar has suffered a lot in the Bosnian War in the 1990s and the scars are highly visible today. I recommend doing a tour by a local guide to really better understand what has happened and how it still affects the citizens today.

Should you not have that much time on your hands, jump on a day trip that combines Mostar, Počitelj and Kravica waterfall. Book it here*. This tour* also includes the wonderful Medjugorje.

Similar to Split but somewhat quieter is the pretty coastal town of Trogir. No wonder many guided tours include a visit to both in their Split day tours.

What you’ll find here is a historic town with a centre listed as a UNESCO list of World Heritage and harbour that offers stunning views over the Adriatic coast.

Do have a look around the many beautiful details on the Venetian-style buildings, such as Radovan’s portal, the entrance to the Cathedral of Trogir. Another must see is Kamerlengo Castle and the Duke’s Palace.

An alternative small town in Dalmatia is Makarska. It couldn’t be located in a more scenic landscape, at the foot of the Biokovo mountain and in the center of the Makarska Riviera.

Special sights include the former Roman Catholic Diocese of Makarska from 1828 as well as the 17th century St. Mark’s Cathedral, the Franciscan monastery and the Baroque Ivanišević Palace. Join here*.

Not by the Dalmation coast but still part of Split-Dalmatia is the small town Sinj. It’s only 25 km away from Split and can therefore be easily reached on day tours from Split. The river Cetina passes through and you can visit the nearby Peruća Lake for a nature retreat.

Special sights in town include the Madonna of Sinj, the Sinjska Gospa, which used to be the biggest Marian pilgrimage site of Croatia. To learn more about the local culture and history, visit the museum of Cetinska-Krajina.

One archeologist believes that European football was invented near Sinj and you can see the bust of a man with a ball that dates back to the first century BC. There’s still no definite proof, however.

While not big nor as impressive as Split, Sibenik still makes for a very pleasant visit. I stayed here for a few nights and enjoyed the epic sunsets from the forts, such as St Michael above town.

Even below, the old streets with traditional houses will lure you in. Visit the Gothic-Renaissance-style Cathedral of St Jacob and Sibenik’s town museum. Game of Thrones fans might recognise the impressive St Nicholas’ Fortress out in the bay.

Besides all this, Sibenik is a great base for a day trip to Krka National Park and surrounding mountains, which features in the German Winnetou films.

Another island you can visit from Split is Šolta Island. It’s not very big, measuring only 22 km (13.67 miles), but all the more charming for it. It lies West of Brac island and features beautiful forests.

With so many tourists flocking to the Dalmatian coast, the island offers the perfect respite while. There’s a total of six ferry lines operating to get you to the island. The transfer takes less than an hour.

You can easily walk around the island or grab a bike and get active. If you’re travelling solo, team up with fellow travellers through a tour. Equipment and bikes will be provided as well as transport to and from the ferry. Book the bike tour here*. 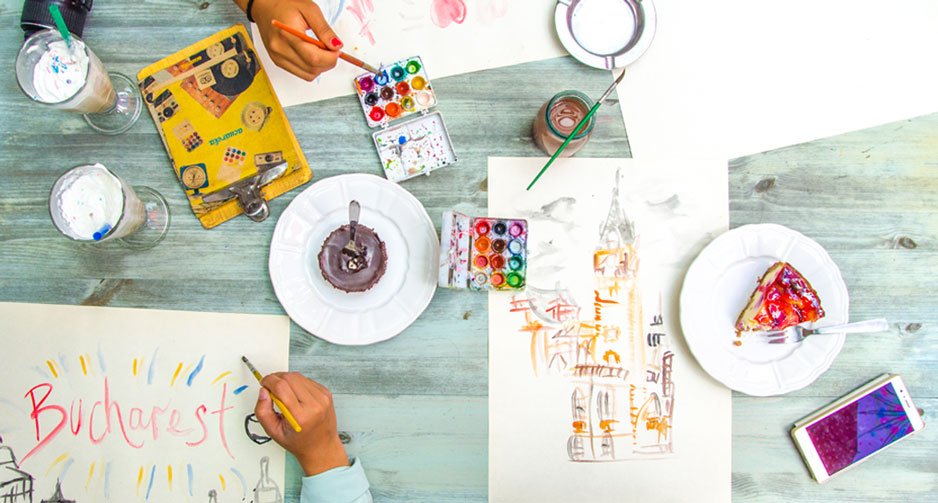 The Top 16 Cafes in Bucharest for Serious Foodies 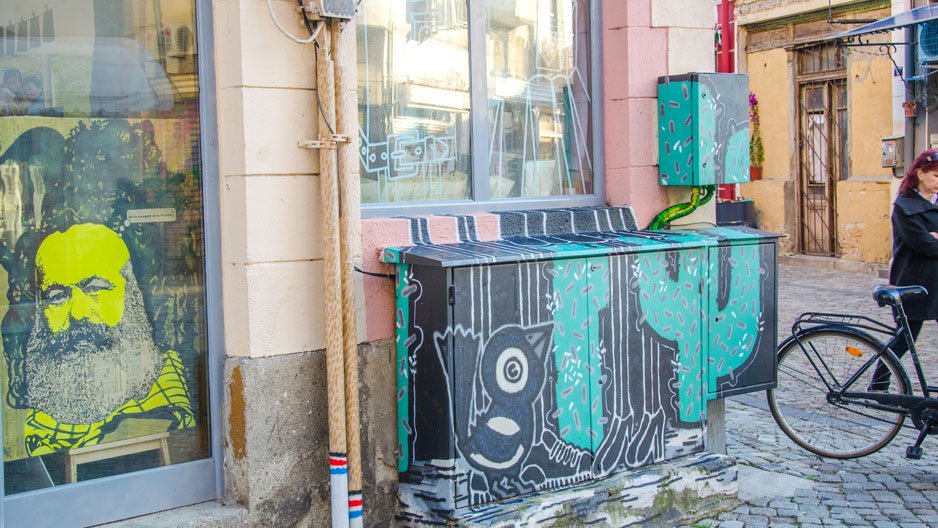 Time Travel and Street Art in Bulgaria – A Photo Diary 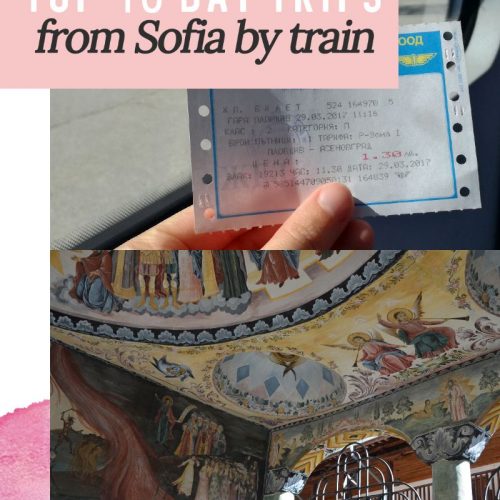