I still remember the artistic device that is often utilised when depicting fading landscapes, mountains in particular. The colours are becoming more faint and taking on blue hues. Our teacher called this ‘blueing of the landscape’. The famous blue mountains near Sydney have coincidentally named according to such a phenomenon and incidentally found itself the seat of all kinds of artists. No wonder I needed to go see this place myself! 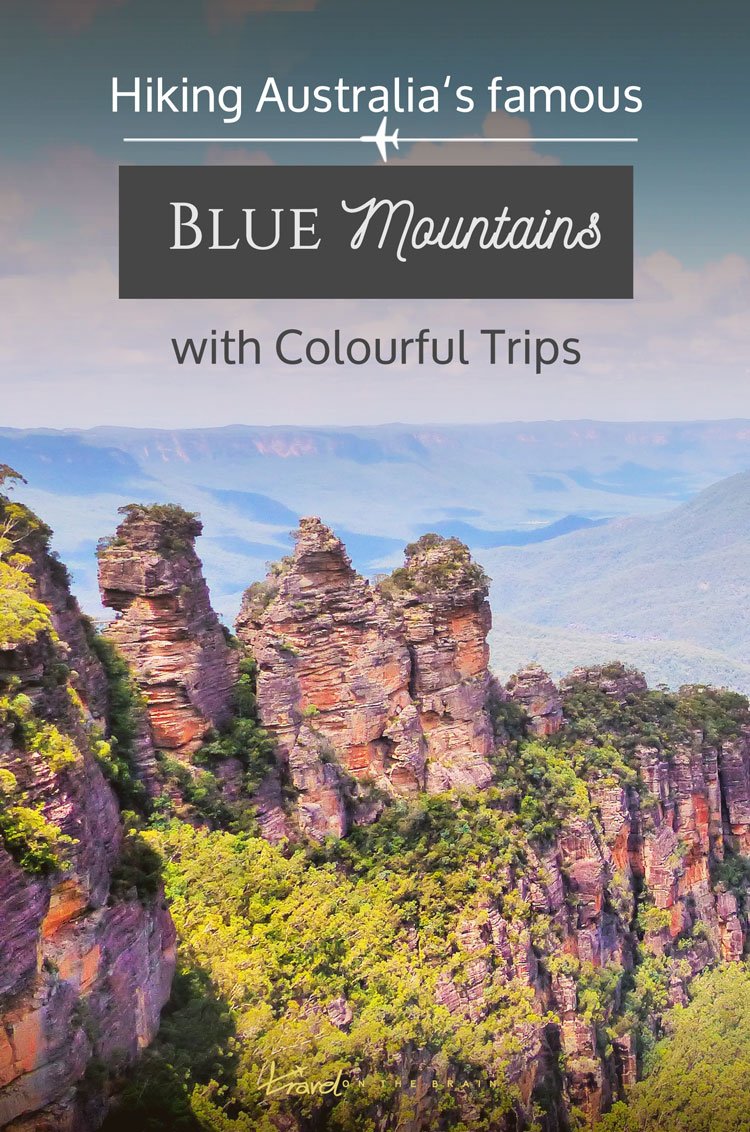 With Colourful Trips I went out for a day trip to get a good overview of the place and its most stunning views. We started off in Featherdale, a small wildlife park, where I finally encountered a cassowary, Tasmanian devil and lots of echidnas. No platypus, but I can life with that. Gives me a reason to come back to Australia.

I stroked a tawny frogmouth that pretended to be a tree (he failed), tried to coordinate a shingleback’s tongue poking with my own (I failed) and tried to spot hidden possums (partly failed – they were moved to another cage). There were crocs, wallaby feedings and lots more to see and do and I got lots of fancy stamps for my animal passport. Literally. I did get a passport!

I then cruised through the quaint townships in the area that greeted new visitors with signs stating the elevation. Did you know that here lots of writers and artsy people are living? Serisouly, if you need a retreat into nature in a creative surrounding with lots of brilliant (and probably eccentric) minds, then the Blue Mountains are a place to look into. There’s something unique about this place so far from the big city and yet still with one foot in civilisation and the other in the wilderness. Even Darwin was amazed. Jep, I was walking in his footsteps.

Following his trail, I had a look at many lookouts over the amazing plateau. Just so you know, th Blue Mountains are neither blue nor mountains. They are a plateau covered in green vegetation with lots of eucalypt trees that emits all these oils that make it look blue from a distance. Imagine sweating trees and you get an idea. Those oils in the air also make up the typical scent you find in Australia. And no, it does not smell as bad as eucalypt drops taste like (at least I don’t like them.) 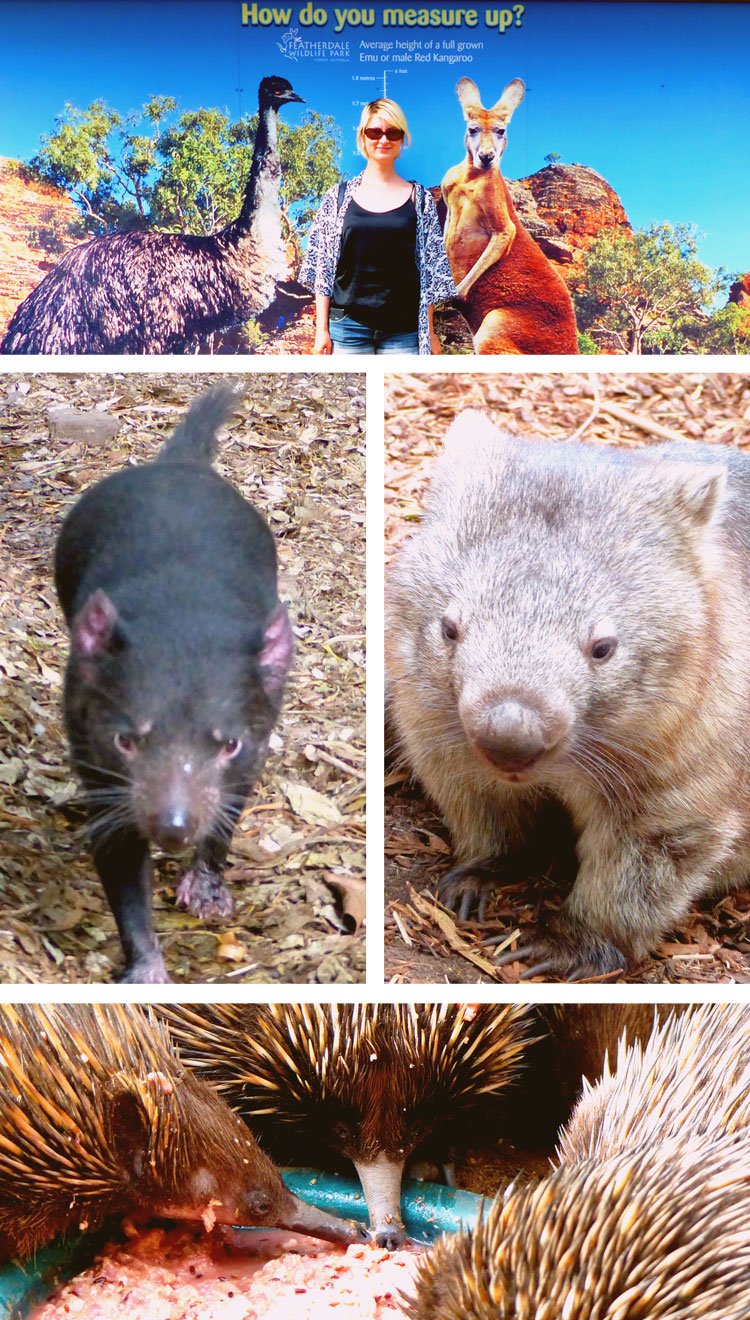 From High to Low

Not leaving it at lookout and viewpoints, we evaded the selfie-obsessed tourist crowds by going all the way down the 100 steps. This is what travellers do. Tourists use the rail or gondola. Not me. And I had a hard time, I can tell you. Going down wasn’t the problem and the many stops to look around and down the valley definitely distracted from what lay ahead.

I had to go all the way back up again. Yes, I could have chosen the rain, but what did I just say about tourists and travellers? There you go. So I painstakingly made my way up again And to my surprise it wasn’t as bad as I had expected. Sure, I have had practice with all the mountain climbs throughout my Australia adventures (check them out for Dutchmans Stern, Amos and Trio) and actual hiking shoes, but I was mighty proud of myself. Someone congratulate me too to make it look as if it is really an achievement. (Come on, back me up here.)

Ok, my super tough level of fitness has distracted me from actually narrating what I saw; I should probably tell you. A massive waterfall running down along the cliff and jumping over the edge and we were able to stand right next to it on a bridge and meet it further down. Natural colours with which, of course, I instantly painted myself. I’m at war with climbing, after all! Beautiful forests that merged from a dense eucalyptus canopy to a rainforest vegetation and big caves that served the resident aborigine people as living quarters.

During the walks and on the way back we learnt a lot through out tour guide and were entertained along the way. It is not the shortest drive (we’re in Australia!) but the scenery flitting by nice as well and so we arrived in Sydney just before sunset and I let myself off at the harbour to see the Opera House illuminated at night. Great conclusion to a great day.

My final verdict: the day trip to the Blue Mountains had a lot of lovely sights and was definitely more informative and faster than doing it on your own by train. Lunch is included and you get a good sneak peek into the area. It is so big that you need weeks to see it all. So a day trip is a good way to have seen it and to get a good overview. 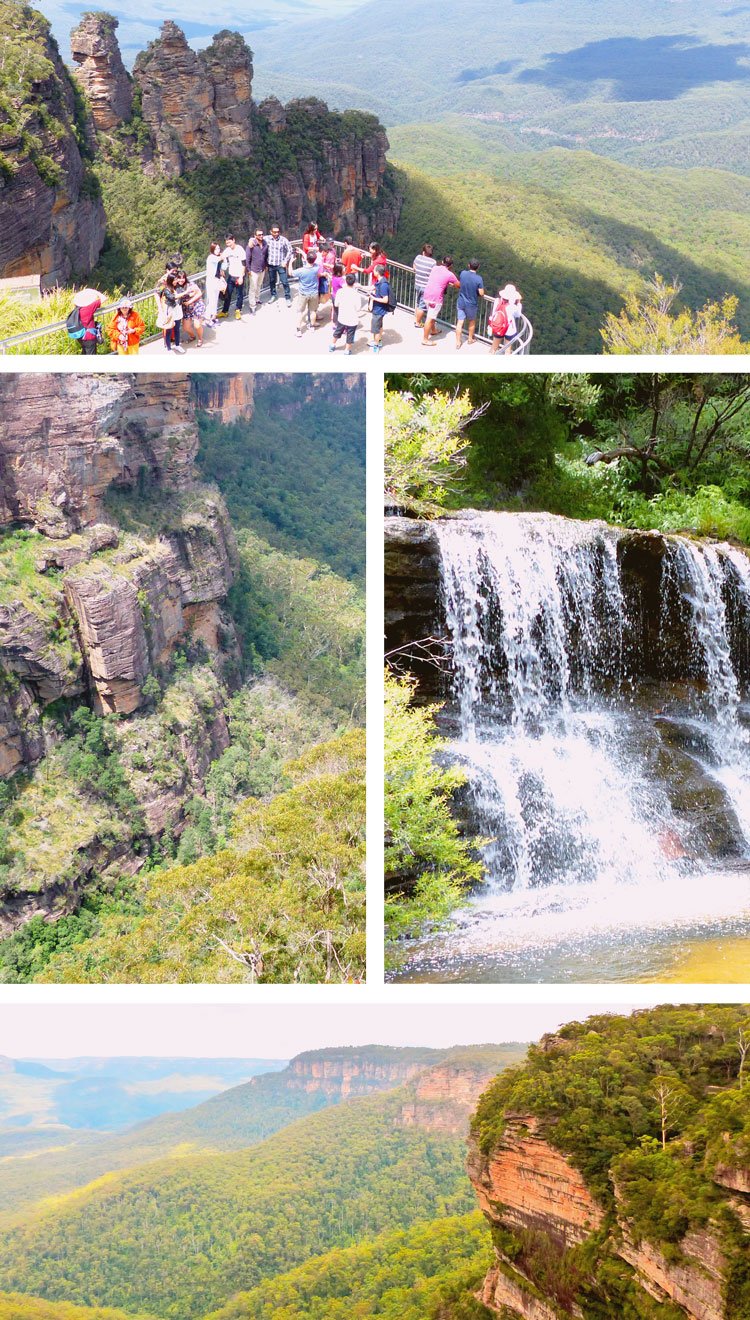 If you want to book your own Blue Mountains adventure, contact

I would like to thank Colourful Trips again for having me as a guest. My opinion is as always my own. 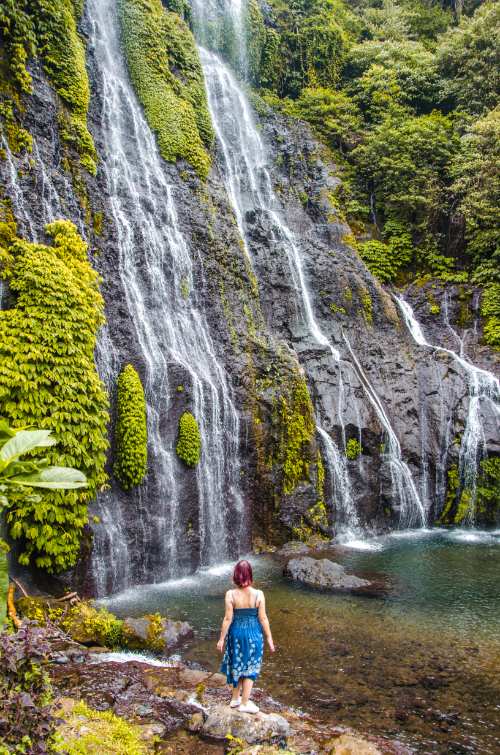 How to Get to Banyumala Twin Waterfall in North Bali