The big question to you. What’s Australia’s capital? Well? Well?! Nope, not Sydney. Neither is it Melbourne. It is the probably most unbeloved city in all of the country, Canberra.

I have not heard one Australian speak well of it. Except maybe my tour guide. So why did I want to go? Well, first BECAUSE nobody likes it and I support the underdog. And second, it is the capital and well worth a visit for all the culture that it has to offer. 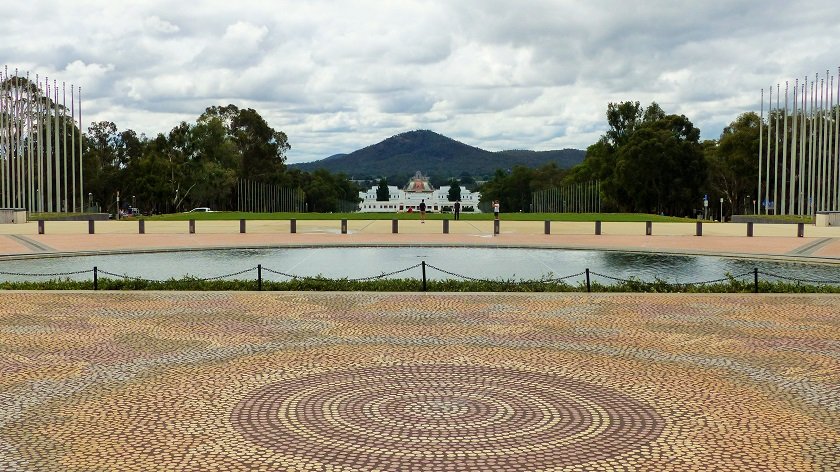 To Rule in Nature

Sure, you should be at least a little bit into politics but nonetheless can enjoy the – in a way – ludicrous history of how Canberra came to be. Because Melbourne and Sydney were forever fighting, the city situated directly between them was chosen as the capital in 1908 and prepped up accordingly.

Everything was laid out by an architect and this becomes obvious when overlooking the whole layout from a lookout. The Chicago architects who were commissioned for the project have patterned everything with circles, hexagons and triangles.

Driving through the city had definitely an unexpected feel to it. Not many people were on the streets (it was a weekend and apparently Canberra people ‘get out’) and everything was just so straight and orderly. So different to Europe!

Our guide showed us around and even took us to the best spot for seeing it all in one glance. So green! (Bill Bryson was right. Naturally.) The reason for this was that the architects wanted to preserve the natural feeling and connectedness to the earth, which is also reflected in the building materials and colour palettes with majorly chanelling eucalyptus trees with rosy and grey green colours together with white. 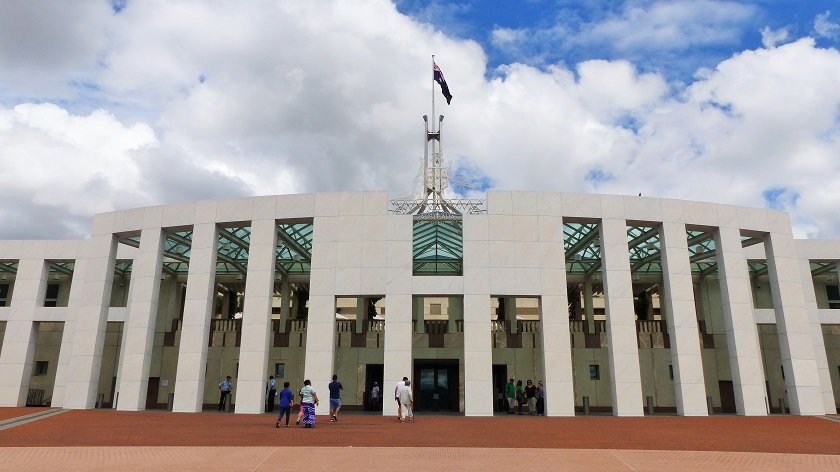 To Rule with the People

The Parliament is quite the interesting building besides that. Many parts of it are open to the public and with pride did the parliament guide announce that the main hall could be rented for events, such as school proms, and there are always seats available for the public and particularly for school kids (the latter have to sit behind glass to reduce the noise).

We walked the many corridors, admired the paintings and photographs of former and current members and I was especially delighted at seeing so many women in power, coming from all spheres of society.

Fun fact: The Parliament was built on a hill that was reduced so as to put the government on the same level as the public. A very poetic city, I must say.

My next stop was the Memorial Hall that commemorated all the brave Australians soldiers who fought in wars all over the world. From name plates lining a temple-like atrium dotted by an ocean of red poppies to a museum full of information, planes and equipment to visualise history; it was a good place to learn and remind everyone not to repeat those times. (Listen up, war makers!) 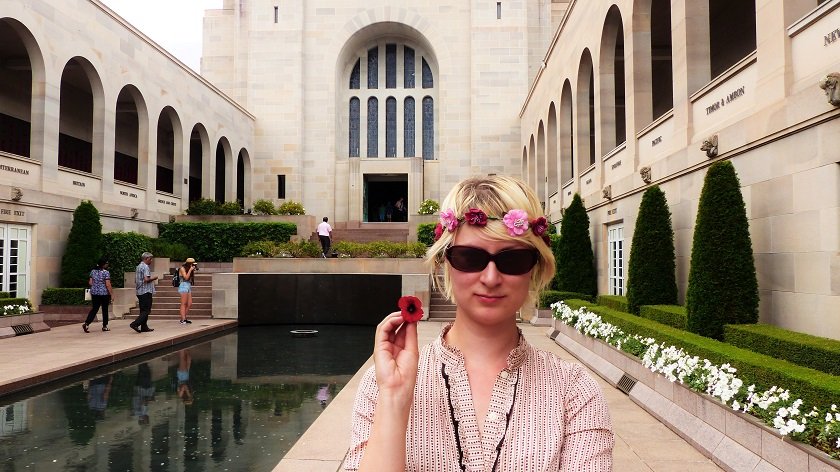 Art Rules to Me

Through some more driving, I could see the embassy district (which looked just as sober and uninspired as the one in Dublin) and museums passing by. I was given the choice between the National Museum and the Art Gallery and my answer would not surprise anyone who knew me. Art it was.

I was in utter fascination over the recent display of French impressionist art with Lautrec, Degas and Daumier. Bliss! However, I felt slightly shady for focusing on art I had back home on my continent, and so I rushed over and checked out Australian and aborigine art as well.

If you haven’t yet, get small glimpse into Australian art on my Adelaide blog post. Basically, Australian art has always been heavily influenced by Europe and has only recently assumed its own character – especially by giving more focus on both traditional and modern aboriginal art.

These are truly unique forms of expression with many dots and different perspectives. Definitely a must see while in Australia. 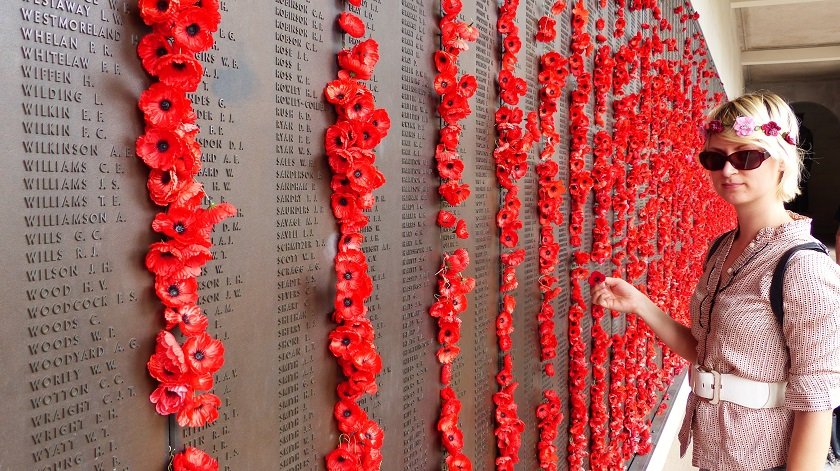 And with that, my short day trip to the country’s capital was already at an end. With a 3 hour drive it is quite the long ride, but you can also combine it with a trip all the way to or from Melbourne and have an overnight farm stay.

I would recommend this trip to everyone who is interestd in seeing Canberra but not as much into politics or museums so as wanting to spend days here. From what I’m told, it’s pretty boring, seeing that it is this artificial town without a real identity to it, unlike Sydney or Melbourne. But I was glad I got the opportunity to see it for myself. 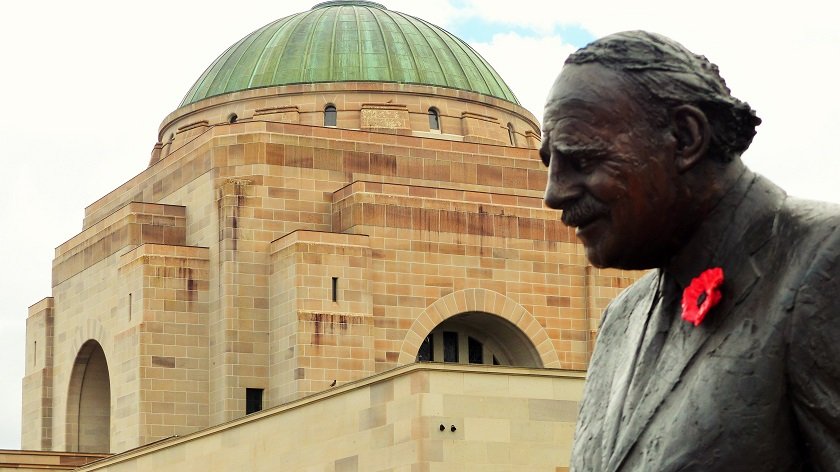 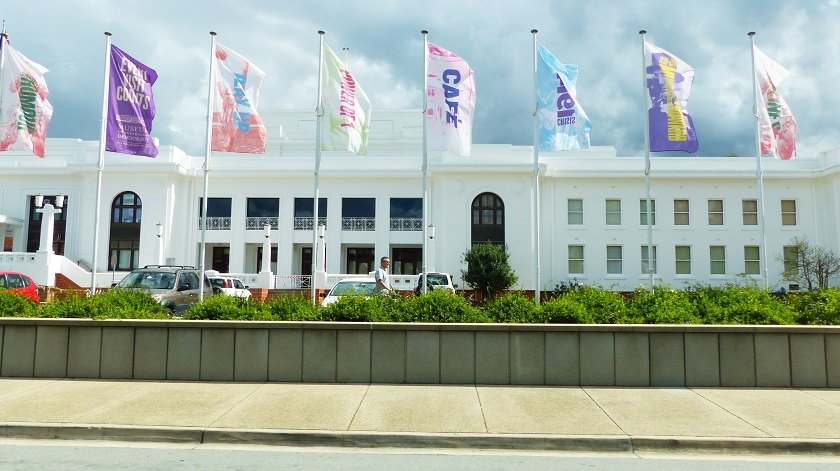 If you want to book your own Canberra day trip, contact

I would like to thank Colourful Trips again for having me as a guest. My opinion is as always my own. 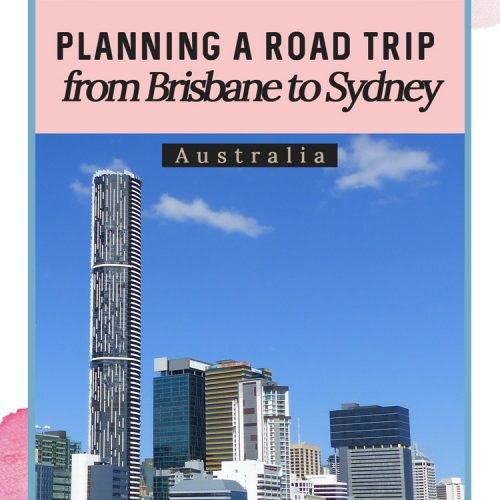 Planning a Road Trip from Brisbane to Sydney