Hello again, Hout Bay and hello, seals! On a sunny morning me and my private driver from my sponsored African Welcome Safaris Cape Town tour set off on a scenic drive to catch the ferry to seal island. I couldn’t believe my eyes!

Rocks upon rocks were covered in seals, nearly hidde away by the crashing waves and sea water spray that rocked the boat. And those that did not cover every inch of wet rock were happily swimming towards us and playfully jumping in the water. I had seen a lot of seals in Australia, I thought, but this sight was just something else. A big thank you to both African Welcome Safaris and Black Marlin Restaurant for having me as a guest and making my first trip to the Cape such a lovely one. 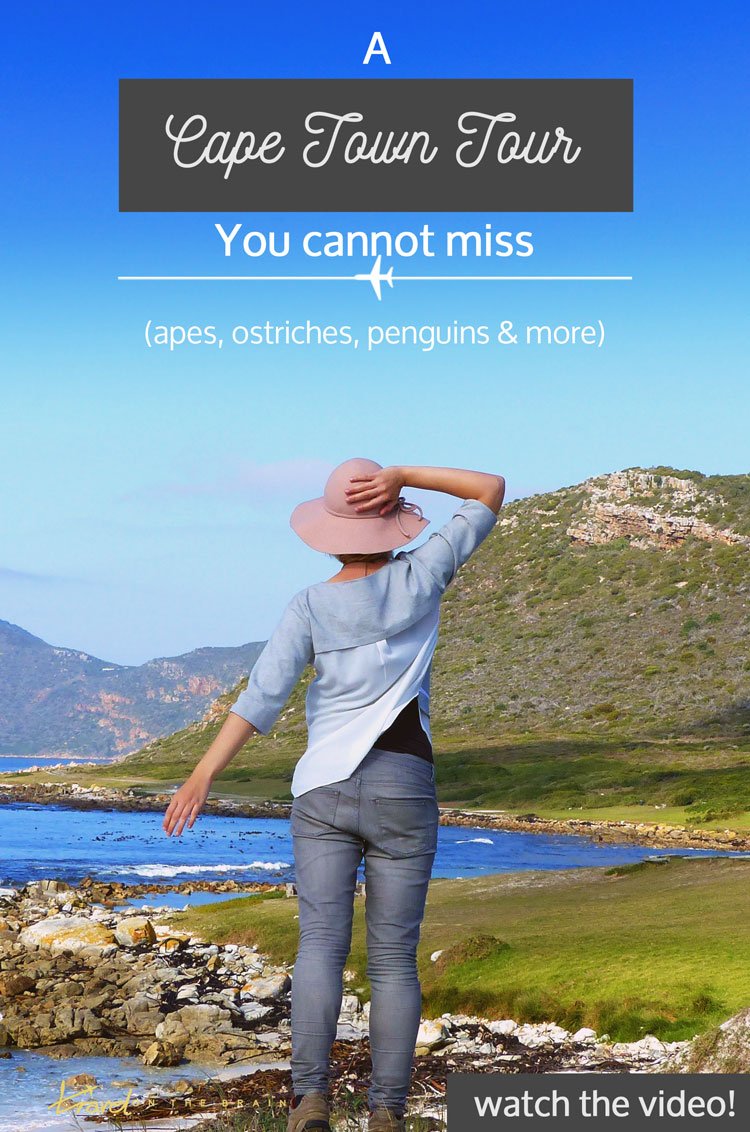 Sealed Away on my Cape Town Tour

But that wasn’t the only close encounter I had that day. A giant male had made an appearance back at the harbour and was demanding attention. It was here for one purpose alone.

A local scoundrel had taugh the seal to expect fish and sticky newspaper whenever he came at the time tourists were waitin gto board the boats. He was not a nice fellar by far.

Not only is newspaper a terrible idea to feed to animals (think of all the sulphur and ink that is in there!) but also was he insulting everyone and practising his middle finger if no coins were given in exchange for taking pictures of this wild animal.

He even put newspaper in his mouth and had the seal “kiss” him to get more attention just to run towards us, shouting obscenities. Never mind, I just went back to the car and off we raced in the cliff side as the road was carved out of the face of the cliff. And it was a spectacular drive!

As luck would have had it (which doesn’t happen too often for me), the road had just been reopened a few hours before. It had been closed due to recent bushfires that had caused quite a lot devastation.

From empty slopes to mudslides, but at least the mud was gone and nature had more space fo regroth now. Somewhat like in Australia. Thus, on my left I saw rocks and on my right glistening waters and a tranquil bay.

If I had come here a month later, I probably would have seen whales! Maybe you are luckier when you do a Cape Town Tour yourself. And while you’re at it, do plan in some diving around Cape Town and check out the Garden Route as well. 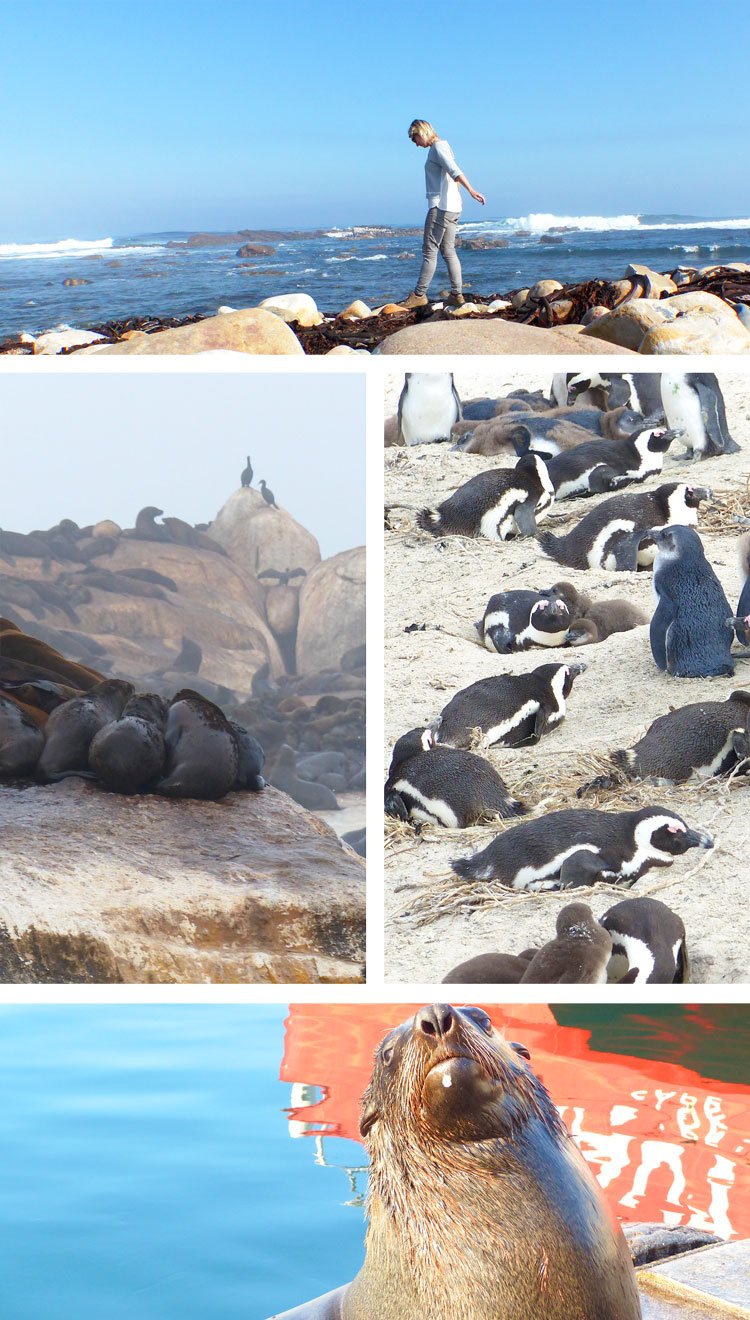 Pointing it out at Cape Point

It was still a two hours until our Cape Town Tour lunch and so we made a little stop to quench my foodie thirst and I stocked up on local cake, which was super yummy and filling. I needed my energy because next on the itinerary was a walk up to the lighthouse at the Cape of Good Hope and so to still have plenty of time later that day for the botanical gardens, I couldn’t allow myself to dilly dally and raced up the hill.

Apparently, that was a funny sight because I was asked if I could have my photo taken. Certainly not looking all exhausted and sweaty, thank you.

From up the hill I had the perfect viewpoint over the cape and the cliffs but didn’t see any of the infamous gibbons that were roaming around Cape Town and cheekily stealing tourist’s food.

Never show them you have cookies otherwise you might have a similar encounter like I did with the deer in Miyajima. But my driver took a short detour down to the beach, where I saw loads of the apes, playing in the grass, cleaning their feet and running on roofs.

And the car’s engine cover. Even a lone ostrich made an appearance, searching for edibles on the beach. Not a sight you see every day! Even in Africa.

On the way back of our Cape Town Tour through the low bushland we spotted some more ostriches and even a turtle on the road, for which we stopped, of course.

Did you know that Cape Point has a kind of antilope that can only be found here? And I spotted it, too! But even though these were the only animal sightings until lunch, the best part was yet to come.

Lunch was a great three-course-meal overlooking the ocean and a busy fisher boat. For a moment I thought that it would make for quite a lovely bathing spot.

That is, until I found out that it was shark territory. Funny how quickly ideas can change. But eating in a safe distance with such a view from the Black Marlin Restaurant, life was good.

It was even greater when we walked through the little town on Boulders Beach. Live African music, pretty little cafes, but most of all streets dotted with white everywhere you looked.

If I hadn’t known before, I would have known right there and then that penguins were the secret residents of this place. Coming out at night, peeking into houses and occupying local streets, the penguins I was about the meet were of the cheeky kind.

Here’s one good tip for all Boulder Beach newbies: keep on walking to the very end of the boardwalk and don’t let yourself get distracted by a couple of penguins on the side because what you will find at the very end are an incredible amount of tuxedo-clad birds lazily dosing away or looking after their young.

And even though it was mighty hard, I managed to tear myself away from the first penguin I saw with the help of my tour guide and fell into raptures upon the sight of all the cuties a little later. A definite must see when doing a Cape Point tour! 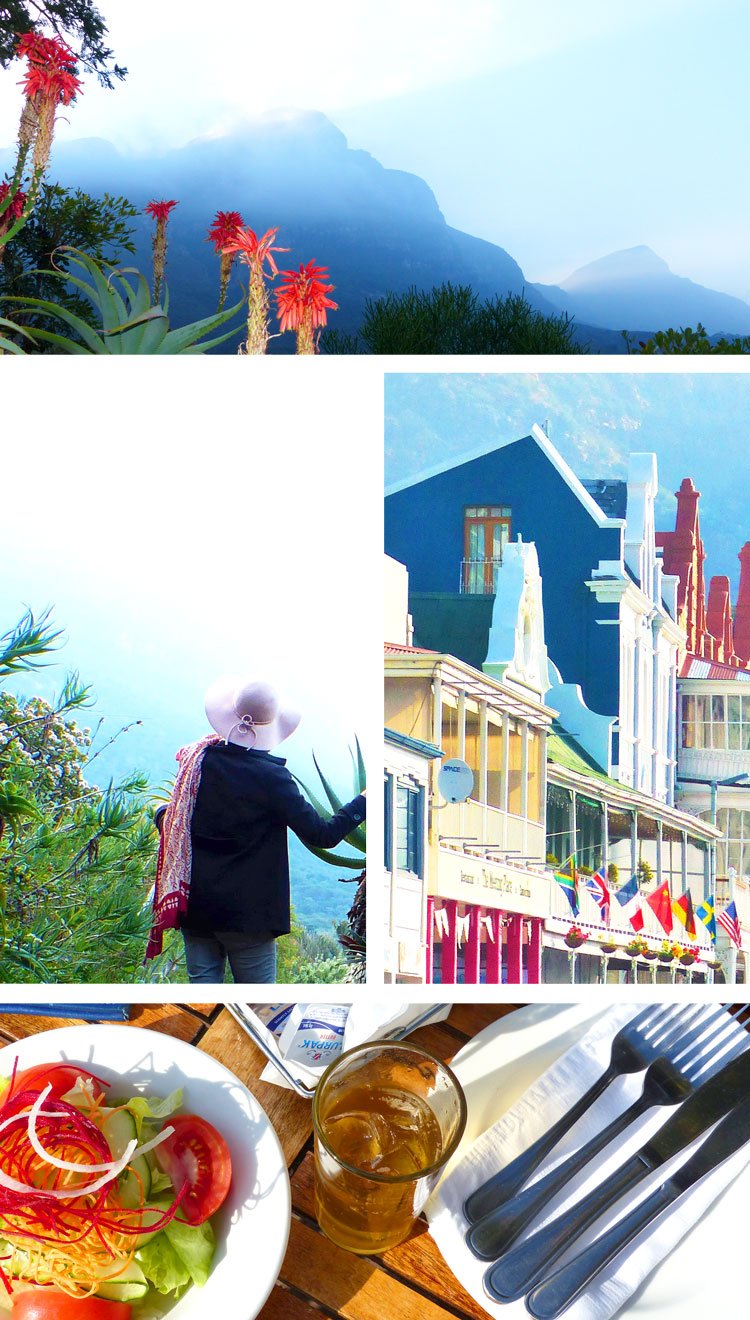 Not so Secret Garden near Cape Town

Tearing myself away from those was also very hard but the weather was turning again (always be prepared for weather chagnes in Cape Town!) and one last and very important stop was still on the list.

Kirstenbosch is known as the world’s most beautiful botanical garden and a visit is therefore a must. After having done my duty, I can only stress this need, a visit is definitely a highlight!

At the end of our Cape Town Tour day, Table Mountain makes your stroll especailly charming as the retreating sun light is streaming in thick lines over the rock edges in the most ethereal ways and leaves just enough sunlight to appreciate the many buds and plants that make for a splendid scene.

It goes without saying that spring is the best time for coming here but even in winter, I would come here. Cape Town is never that cold and the plants certainly know it. Beautiful ferns, dense canopies on the tree top walk and even bamboo, you can see so much green, it is magnifiscent. A spot of colour came from the yelow gingko tree, which I particularly have a liking for.

One hour is definitely not enough and I rushed through the different areas, wanting to take it all in. My last stop before the gardens closed was the greenhouse with all kinds of cacti and hot climate trees.

One special baobab tree can be found here, too! As I was told, the local shop offers a high quality and great range of local products and is worth taking a look into as well. I spent too much time in the gardens myself, however, and missed it. In any case, the whole day was just perfect and I was glad to be shown around all these wonderful places.

My Cape Town Tour was one of my highlights while in Cape Town. I loved how packed it was, how stunning this scenic drive is (people do not oversell it – it is this amazing!) and in particular I loved seeing all the animals. Having a baby ape jump on the car while watching an ostrich stride towards the ocean is certainly something else. I did a couple of Cape Town day tours and all of them were amazing.