Hold on a second as I am fetching some candles for a very special upcoming birthday party. This August, the National Park Service of the USA turns 100! And what would America be without its amazing parks and dedicated people to help preserve nature, culture and heritage. So a big cheers to that! But with so many parks out there, there are some that are easily forgotten. One such underrated National Park is Bryce Canyon. 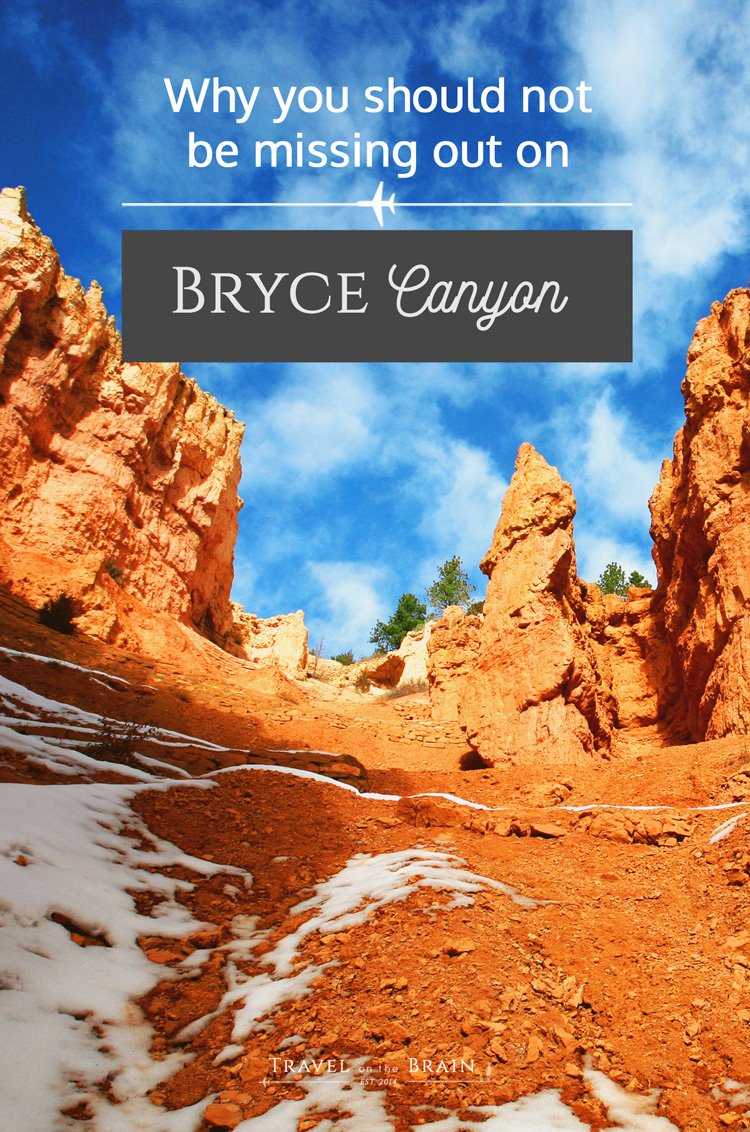 Did you know there are more than 400 national parks in the USA? Do I sense a travel goal creeping up there? After having seen the spectacular phenomenon that is the Grand Canyon and missed out on a lot in Mid West America, I still have a couple (or a lot) of parks on my mind. One of them certainly is the Bryce National Park, which might be more remote than Zion or the Grand Canyon, but with its stunning red, orange, and white colours and distinctive rock formations, it ranks just as high on my bucketlist. And when Bryce Canyon Country asked me to write about all the things people should know about this sadly underrated national park (and why I would want to visit as well), I totally jumped to the task.

When I visited the Grand Canyon I realised a day trip to sights of such epic proportions would not even cut it, so I am looking at all the different things Bryce and its surrounding area in Garfield County, Utah have to offer and while I am doing that, I am sharing my insights with you. 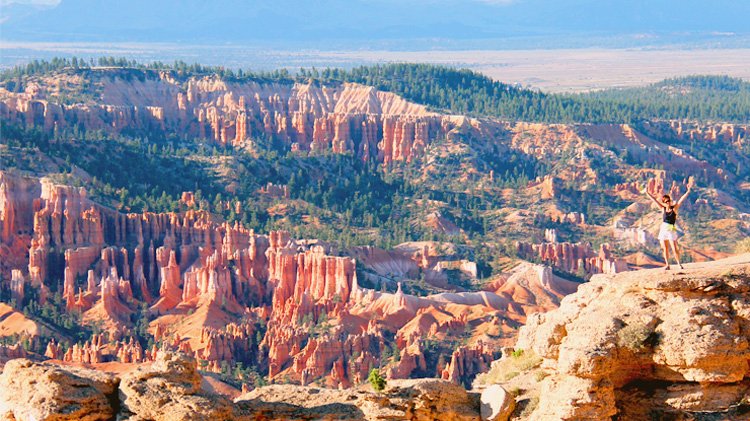 Screw Titanic, I want to be king of the world on these rocks. Photo credit: Bryce Canyon Country

Nature’s Art at Bryce Canyon and Beyond

Here’s a fun fact for you: Bryce Canyon is not actually a canyon. Who would have thought? Geologically speaking, it is a collection of giant natural amphitheaters along the Paunsaugunt Plateau and the iconic towers are called hoodoos. Like with so many different rock formations across the world, such as with Nature’s Window or Kings Canyon in Australia, they were formed by weathering (in this case it was frost) as well as erosion by water. Sedimentary rocks are ideal for this.

But the beauty of nature doesn’t stop here. Why not head over to the Grand Staircase Escalante National Monument that spans nearly 2 million acres of land? It certainly offers quite a lot to discover and explore. For forest lovers like me, the Dixie National Forest and Escalante Petrified Forest State Park would be the next stop. The last time I saw a petrified forest was in Australia’s West Coast, and one time is never enough.

With all of Garfield County and its range of sights stretching over 5,028 square miles and a population of only 5,024, you bet this is the perfect place to unplug and unwind in the arms of nature. Just imagine seeing the red sun set over the myriad of colours on the rocks slowly turning them into a dark silhouette out of Dali’s dreams and then gazing up to galaxies of stars up above in one of the darkest night skies in the world. Oh, and add to that pretty snow blankets and I am in travel heaven. 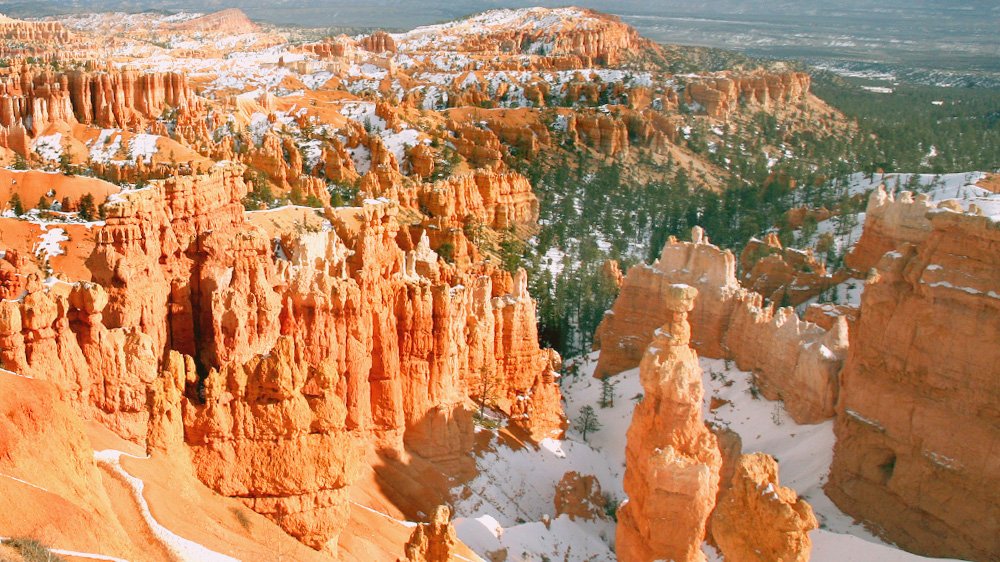 An epic snowball fight in this valley? Count me in! Photo credit: Bryce Canyon Country

How to Get Around Bryce Canyon and Surrounds

Since we are talking about US America, distances are not to be underestimated and such a nature getaway must therefore be planned out accordingly. There are different ways to make the most of it with the number one option taking a scenic drive along the 21 miles-long National Scenic Byway number 12. As I still don’t have a car at my command (therefore me exploring 10 US cities in 30 days by bus – a different kind of adventure), I am looking more at other alternatives.

One would be donning another backpack and roaming the lands, possibly with a guide or outfitter after equipping myself in the towns of Boulder and Escalante. Going all by myself would be rather stupid and reckless as I am not familiar with the land and its dangers (hey, I learned a lot from my time in the Australian outback but still).

Another option would be to take on mountain or road biking (though I kinda romanticise the idea of skateboarding my way like in the film ‘The Secret Life of Walter Mitty’ – though I bet my face would not go further than hugging the concrete). Canyoneering would be out of the question for me since my klutz levels are too high and horseback riding would not be ideal with my horse allergy. I am looking jealously at all of you who can do it. Just imagine yourself in a Marlboro ad with the setting sun, a stylish cowboy hat sitting on a horse with a trusty dog sidekick. 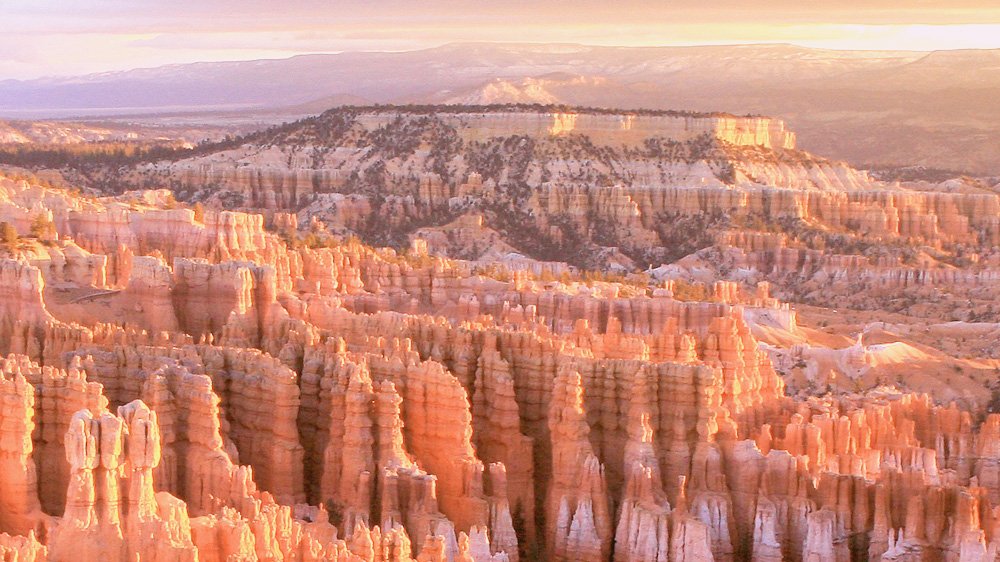 Need to grow me some wings to get this view from above. Photo credit: Bryce Canyon Country
Maybe I should just stock up on anti-histamines. Seriously. And now I am getting back to working on my new travel plans for this year. Who knows, you might even see me on the rim shouting ‘hoorah’ and riding off across the prairies, racing towards a ball of fire. Now, who would come ride with me?

I would like to thank Bryce Canyon Country for sponsoring this post, providing me with the beautiful photos and feeding my travel bug some more with inspiration for future USA adventures. As always, my opinion is my own and my goals big.