To say I was mildly excited to visit another Broadway show would be criminal. I’m a massive musical fan. Even during my time in the middle of the Canadian nowhere at a summer camp I kept talking musicals at any given opportunity. (Guess what I was listening to on repeat in my room?) For once being surrounded by other musically-inclined people (and musical professionals, no less) just added fuel to the fire.

My Long Way to Broadway

So it was a nobrainer for me to hop on the bus and conquer the short distance from Toronto to NYC just to hit up Broadway. Nothing’s impossible on a “journey to the past”. Yes, I was gonna see the new hit musical Anastasia. But that wasn’t it, no way! I got in touch with Broadway Collection and was invited to see the new musical Waitress. It was written by pop angel Sara Bareilles and like with Cindy Lauper’s Kinky Boots, in some places you can totally tell. (But that’s not a bad thing at all.)

All I knew was that the musical was based on the hit film from 2007 with Keri Russell and Nathan Fillion (yes, the actor from Firefly and Castle). There were two new musical soundtracks for it, one sung by Sara Bareilles herself and the Original Broadway Recording. Both had been off limits for me until I had seen the musical. (Although I couldn’t resist listening to the duet with Jason Mraz. And in a new turn of events, Jason himself will be debuting on Broadway with Waitress in November 2017!)

My Long Way to Broadway Pt 2

Growing up in a household that didn’t appreciate musicals (Disney songs were tolerated), I somehow didn’t get the chance to visit a musical before the age of 28. But I can proudly say it was on Broadway no less and with the mother of musicals, the Phantom of the Opera (again, thanks to Broadway Collection!). This being my second visit, I felt much more at ease among the ever bright lights of Times Square, my second favourite place in the city that never sleeps (and dreams of musicals). And if you come to New York City just for entertainment, I applaud you. And give you some tips.

[su_service title=”Read this too: That time I interviewed a West End dancer for the Aladdin musical” icon=”icon: plane” size=”22″][/su_service]

There is so much to see in NYC, you can walk for days and still feel like the list gets continuously longer. Better limit yourself to what you really want to see. Chances are if you’re in the Big (musical) Apple to attend shows and theatre, you know what you absolutely want to see. So make your entire stay about that! 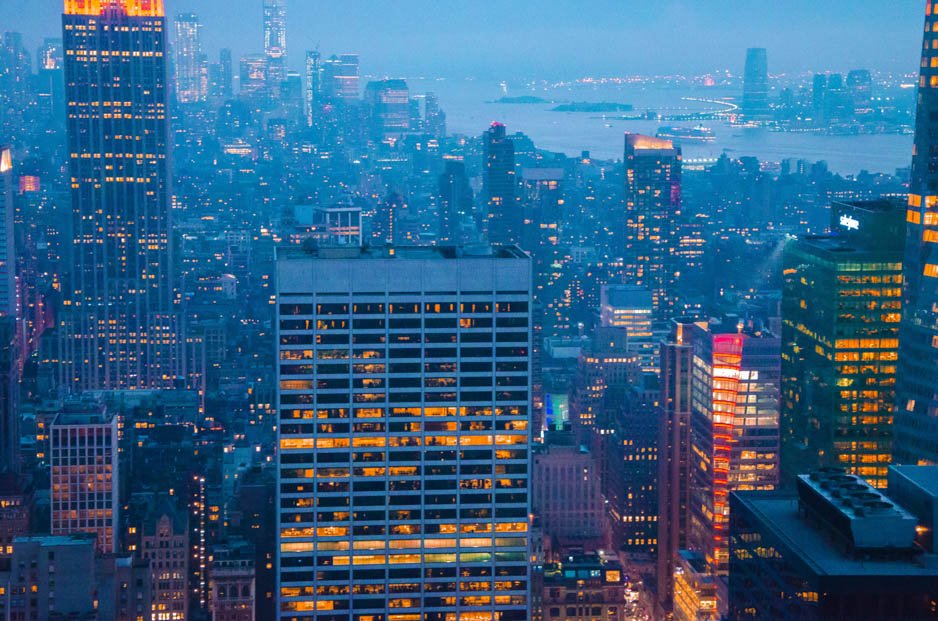 Dance and Sing in the Streets

If you are really into musicals and Broadway Shows, why not get yourself in the mood by re-enacting your favourite scenes? Find a quiet spot to dance in the street, hum your favourite tunes and preload your playlists with show tunes! Even before I visit musicals, I already have the original soundtrack waiting for me for after the show. I will listen to it until my ears bleed – or until I have the next obsession (which is always first).

Take Yourself Out in Musical Style

It might be cheesy and overly touristy, but Ellen’s Stardust Diner is pretty cool in that servers are singers. While you are waiting for your typical burger and fries order, the waiters and waitresses will serenade you with a range of numbers, including Disney and Broadway hits. Just imagine one of them could soon be bursting their hearts out on the big stages! After all, this is not uncommon. Former members of staff featured in major on and off Broadway productions, including The Lion King, Wicked and Jersey Boys. 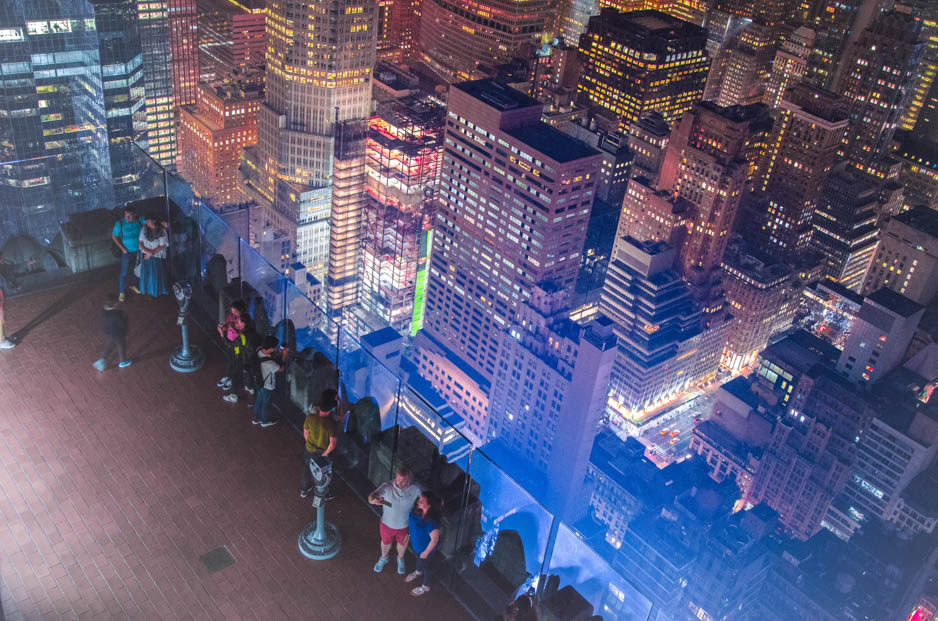 Don’t Shy Away from the Subway

Even though movies and TV make it seem typical for New Yorkers to take the cab all the time, he subway really is super convenient. Especially if you are sticking to the main tourist areas, there is no need to waste your time and money on cabs. They just get stuck in traffic a lot and cost much more than a metro ticket. Investing in the unlimited rides multi-day tickets is a good idea. I learned this the hard way when I tried walking everywhere. That’s not a good idea in Manhattan, let alone New York City.

Bask in the Lights and Enjoy Your Anticipation to the Fullest

Times Square is busy, it’s loud. It certainly doesn’t sound like a great place to hang out but I love it nonetheless. Despite the crowds. Despite the pushy costumed people distributing flyers. Despite the odd people by the red stairs, preaching of hell or the end of the world (or begging for money to use for “drugz and weaponz” – that was actually on a sign). I just love sitting on the stairs and gazing up at the flickering lights, the big ads, the show signs. The atmosphere so electric, so vibrant and full of energy. It’s NYC in a nutshell. 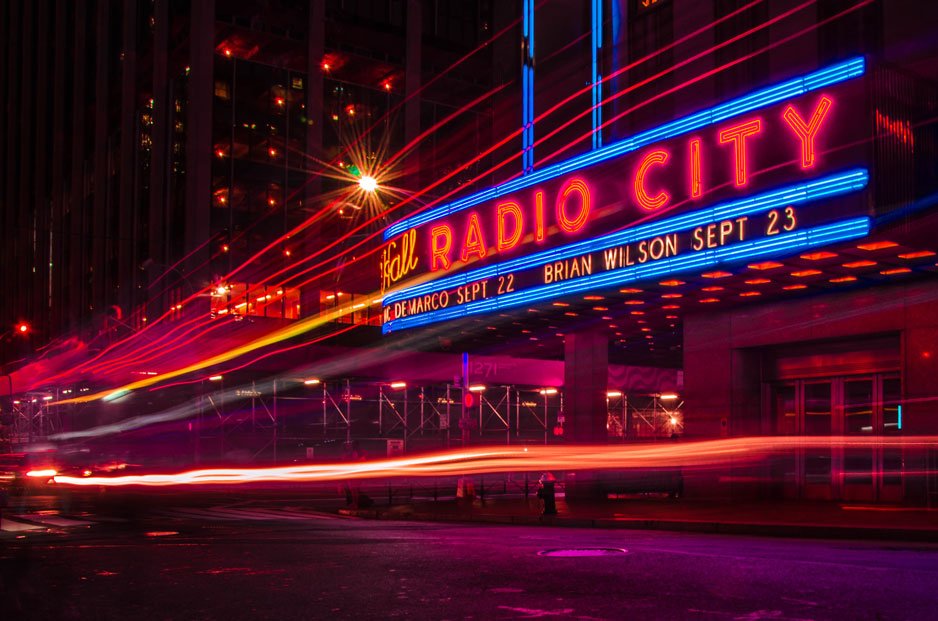 When Will You Visit A Broadway Show?

A visit to Broadway in NYC is a fabulous idea, if you ask me. What could be better than seeing incredibly talented people singing and dancing on stage, dressed in amazing costumes in front of beautiful props? A film screen can only emit atmosphere to a certain extent but a live experience is so much more immediate and intimate. It takes you to a different world in an instant, it makes it more graspable, powerful and alluring.

So tell me, when will you visit Broadway? And what musicals are you dying to see?

A big thank you to Broadway Collection for sponsoring my visit to the Broadway Show Waitress.

Screw Travel Research! Why You Should Try It
How to Score Broadway Discounts when You Forgot to Book in Advance 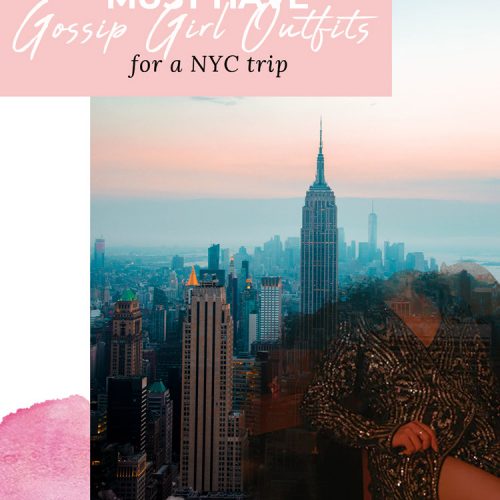 Must Have Gossip Girl Outfits For a NYC Fan Trip