It was my first time in the Austrian Alps (I had only ever been to Salzburg before) and I had come here in on invitation from Austria Tourism and was particularly excited to see the Shakespeare in the Mountains rendition of Romeo and Juliet. Tragic love stories with the backdrop of giant mountain tops and deep slopes below – what’s not to love? 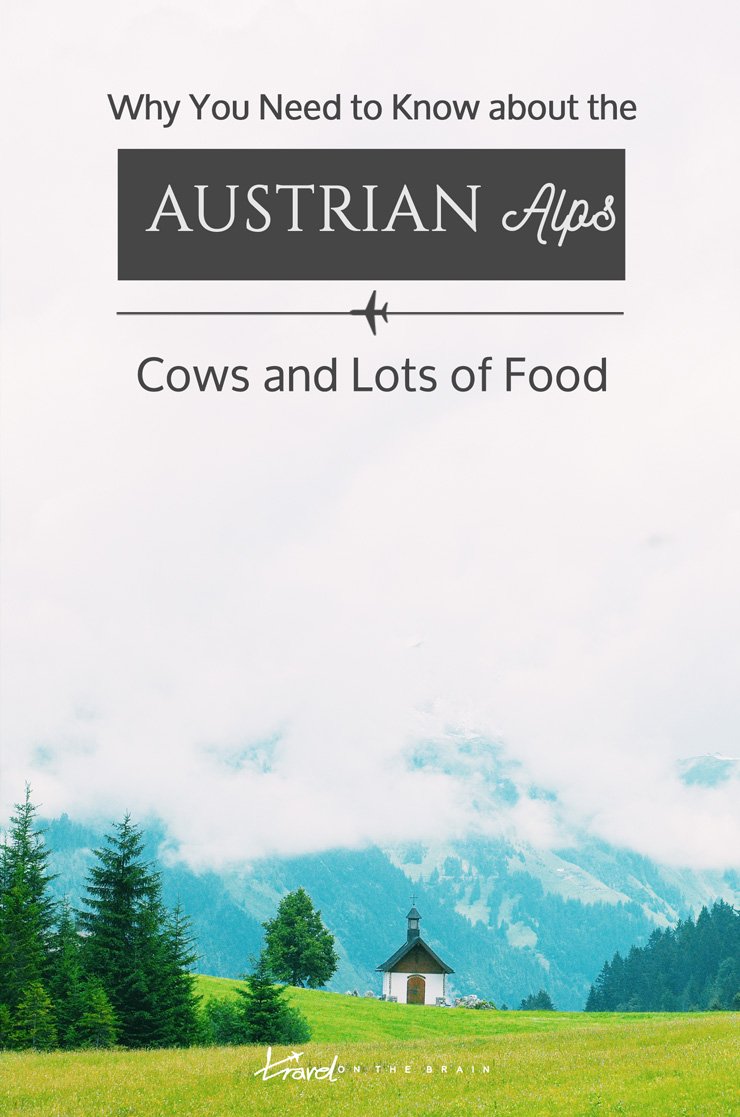 And the day I arrived in Austria surely was lovely. I could have done without the excessive rain and the overly hungry fog that seemed to devour everything within the sight of a 100m, but it was mystical to say the least. Good thing that I love fog and rain and so the next day we set off to see our first valley in the same weather. A ropeway took us up to the restaurant Frööd overlooking the Walsertal for our morning breakfast. I had never had a mountain breakfast before but relished the freshly made butter and cheeses. A must while in Austria!

With my spirit revived and my soul woken up by the chilly temperatures up at 1680m, we set off along the well-marked paths into the forest. The fog was swirling across the gravel path and sent the lush green grass and wild orchids that were covered in tiny beads of water beads into a soft sway. It was excessively charming and I must admit, I fell way behind a lot of the times. Even when the clouds overhead burst at the cliff face and fell heavy onto us. I had my rain coat but decided to buy a longer one the next time. My upper thighs seemed to work as a rain catch from my rain coat.

[su_service title=”Read this too! Being abandoned in the middle of the Czech Bohemian Forest” icon=”icon: plane” size=”42″][/su_service] 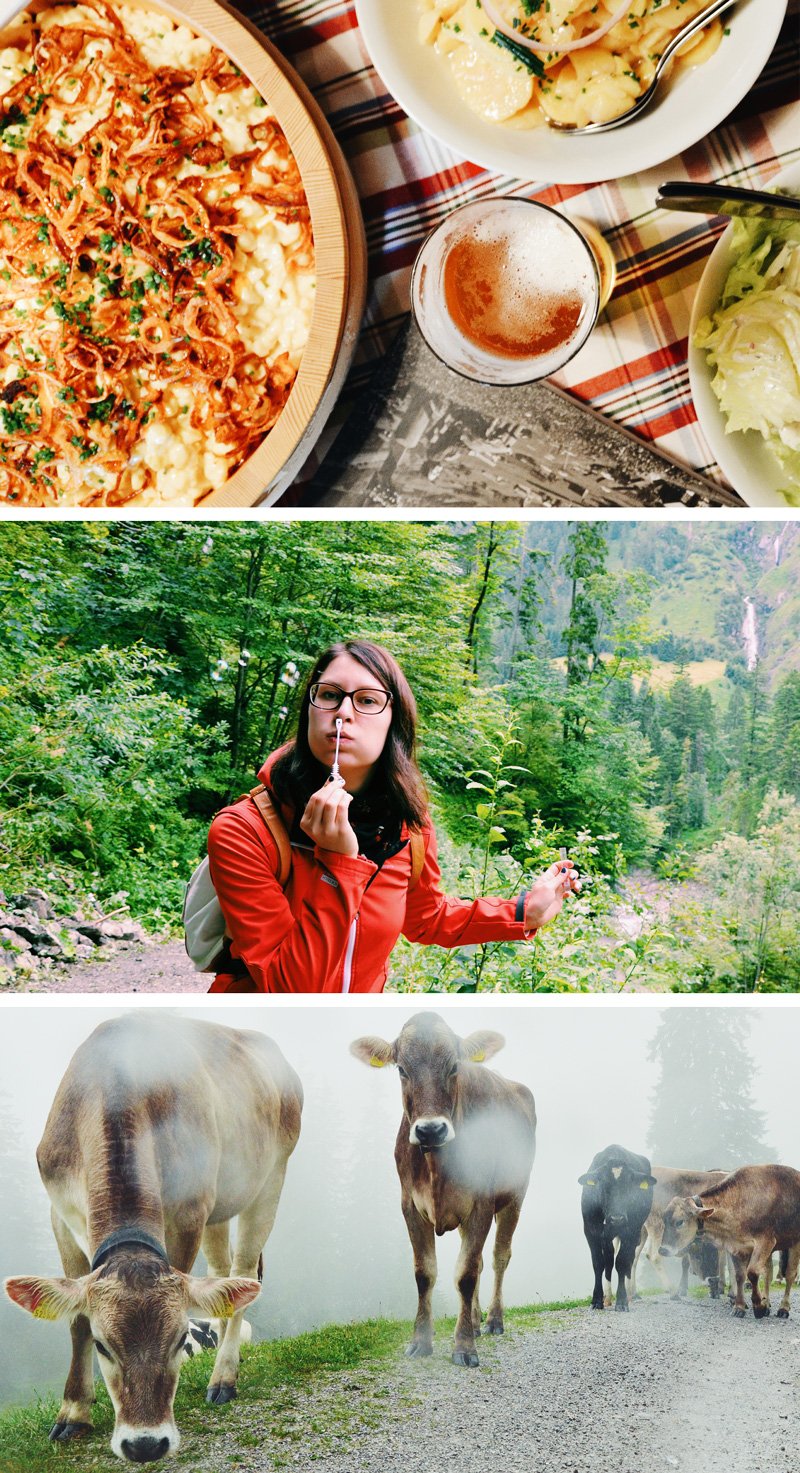 And while I still marvelled at the sights, I heard them – cows. Now, if you have read my Hong Kong adventures (or if you have ever met me and asked me about Hong Kong), you would know that I have a special bond with cows. I am both extremely curious about and slightly terrified of them. It’s not very rational but then again, I don’t act very rationally around cows. (Oh, and Bill Bryson wrote in his recent book that are actually incidents were cows attack people in Britain. Told ya!)

Even though this time I have no excuse of cow flies deciding to take up formation and stalk the heck out of me as happened in Sweden’s backland, I had somehow attracted the attention of a crossing herd. Instead of resuming their walk across the pebbles and towards nature’s kitchen table (i.e. grass), they grouped up on me and became instantly intrigued by the lens I had propped in front of my face. I wanted to film the cows from a low angle – again, not very clever when you are slightly afraid of them. And while I was filming them, they were watching me.

I presume cows do not get taught to not touch when something intrigues, they were poking their snout towards me and as I was backing away, I was standing surrounded. By now, panicking somewhat I fled past the slow beasts and onto the slippery grass patches. And inched my way past the herd. But of course, there were more of them. And they likewise had stopped to stare at me. Whether it was from the imaginary bond I had with these artiodactyls or from the fact that I must have seemed rather odd (as usual) remained undetermined.
You can watch the Austria Video here.

But that was not all that Austria had in store for me. Stay tuned for my (mis)adventures in the next episode. But until then, I am curious (or should I be slightly terrified for your answer):

hat has been your experience with cows? And have you ever been to Austria yourself?

I would like to thank Austria Marketing for inviting me on this press trip. As always, my opinion is my own. 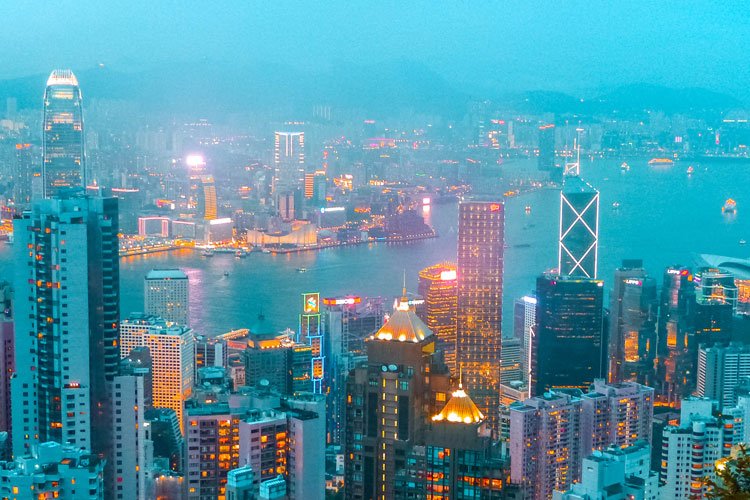 The Top 20 Hong Kong Tourist Places You Need to Visit 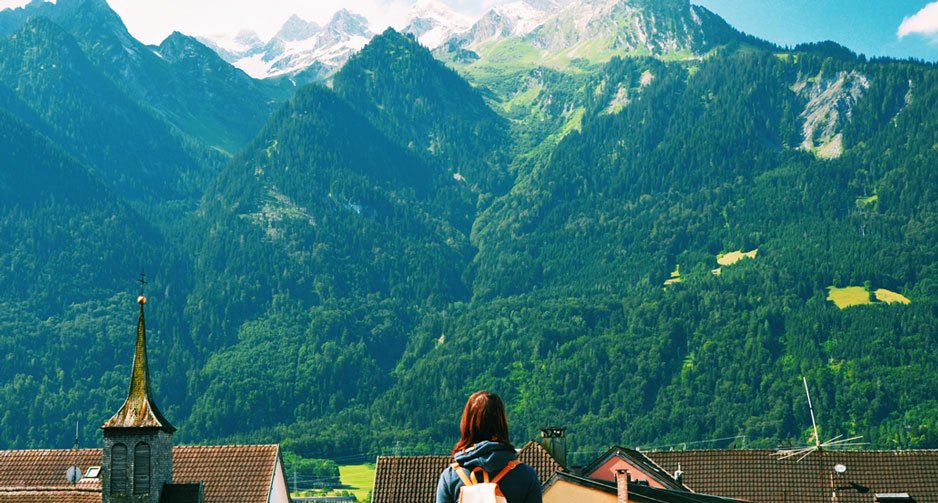 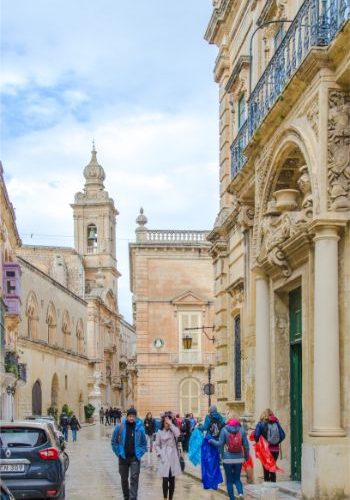 Top 10 Things to do in Mdina, Malta – A Mini Guide