Not long after having arrived in Perth did I already start packing my bags again for a trip thanks to my sponsored trip with Aussie Wanderer and I packed everything that wasn’t even remotely suited for 40°C weather pushed way down in my backpacker.

I was going up North and the thermometer would rise with each stop. But so did the amazingness of the sights. Ah, the things I do for pretty places…

Our day trip from Perth again was one of those long drive days. However, our first stop was already worth being sandwiched in a bus that thankfully had air con when the breeze outside failed to do its job of supplying coolness.

We reached Kalmura National Park and after reading up on the riddle that are the Pinnacles, got to see them with our own eyes.

Get the free, downloadable Australia guide

Poking out like fried chicken nuggets in the yellow sand, the pinnacles were everywhere. Dominating the scene, claiming the desert.

For the moment at least, because it is believed that over time the sand dunes have been shifting so that the pinnacles were covered from time to time, which is why their detection was not immediate when the first settlers arrived. And they might be covered up in the future as well.

Please note: Don’t touch, lean or climb on the rocks. They are exposed to erosion a lot as it is.

The true formation of the pinnacles into the shape we see is still unsolved. Scientists say that broken down shells collected on the beach and formed sand dunes, which would store minerals in the occasion of rains and cement when they dried out.

On some of them you can see former root systems of trees that stood on top of where the cementing took place.

The creation story of the local aborigines, however, offers another explanation. Namely, that these are fingers of desperate teenagers drowning in the dunes.

You might know about the aboriginal male rite of pasage, where a boy has to go into the wild and fend for himself in order to return a man.

So, a bunch of boys once went out over the dunes, never to be seen again. It was presumed that this “devils land” had swallowed them whole with their fingers tips still clinging on in desperation.

After more driving, we were in for a nice treat. The coastline just before our night’s accommodation was a splendid specimen of limestone layered rocks, breaking off here and there and forming a canyon-like look that lay against the impressive backdrop of the calm ocean.

Not only were we happy to get out and stretch our legs again but took lots of photos in front of the lowering sun and with long shadows thrown onto the yellowy sand.

Only a short while later, we arrived at a horse ranch where we instantly headed for the pool, had a nice BBQ and soon fell sleep. My absolute best ever so-highly-anticipated-it-was-destined-to-disappoint experience came early in the morning and you thought it was a sand swirl out of nowhere so fast did I ran over the dunes, and towards the walking planks where the water was dotted by the living rocks.

And here they were. Little greyish shapeless thingies randomly placed in the tuquoise water, doing absolutely nothing, just being there in all their greyness and thus leaving me … completely in awe! SO AWESOME! I send a little prayer to Bill Byson for his splendid recommendation.

(Sidenote: Before you go to OZ you must read, I repeat, you must read his work Down Under – especially if you want to hear scary, random and entertaining stories that will infect you with a fear of everything living here. Even grass. So worth it!)

Since I had been that fast, the crowd was far behind and I had ample time to enjoy my new best friends, the breathing rocks, who were as old as time. Unfortunately, they were rather silent and didn’t even blow bubbles.

The educative signs were more informative and so I learned that these little fellar are actually microbiotic mats of many different bacteria colonies with each producing something the others need and through this, made life on earth possible. They released the necessary oxygen! Come on, give them a thumbs up (you go, pinnacles!).

Still thrilled, I was dreamily munching my lunch and eating my ice cream when I spotted a familiar name on a clipping on the little shops’ walls.

BILL BRYSON. He had been here! Like a madwoman I jumped up and over to read it and was so enraptured that he had found his way to this little place – like I did.

After all, it was a private farm that welcomed guests but relied on them patronising the shop and telegraph station, for which I did not have enough time.

But then again, I’m not such a museum nerd like Mr Bryson is. And his descriptions are often so much better than the actual thing.His humour and subtle irony are one of a kind,

On an even more high, I reached the Shell Beach on the Aussie Wanderer Tour and loved it! How much better could this get? Well, my feet were not too happy about the sharp shells which made up the beach.

No soft sand for miles. Fun fact: These shells are crushed by the locals, pressed together and used as bricks, for instance. Impressive.

Tell that to my feet, who had to walk 100m in ankle high water to finally get to a place, where I could lie down and let the highly salty water carry my weight (and feet).

Floating like a feather, I let the sun shine on me. Also, I got to practice some of my random Japanese words with two nice girls from the fellow bus, who were doing the three day tour.

It Gets Even Better

So, stromatolites, Bill Bryson fangirling and ocean floating, how amazing was this day? But wait, it was not over yet and two more things were waiting to brighten my mood. (Was that even possible?)

For one, I had to go to reception and it was not far, but I had no clue as to where it lay in this maze of holiday bungalows.

But what do you know, I got a lift in a golf kart. To and back! My first time I was on a golf kart as well. (It reminded me of that time I got to drive snow mobile in Samí-Land. Minus the snow, huskies and accident.)

Another one was that we stayed in the Dolphin Resort, where – tellingly – we saw dolphins swim by and turtles poke out their tiny heads by the sunset lit pier.

As if that wasn’t sheer beauty, the sunset stole our hearts and tinted everything red with dramatic pink lined cumuli clouds and stray rays.

At night, I was shown how to dance in the waves to make everything shine. Ever heard of bioillumination? It is caused by little microbes and is such a magnificent sight. Speckles of light where there is dark, appearing with every move.

Just like those fairies you see in the films. Magical. Now I am done, in case you’re wondering. That’s been enough beautiful things and lucky coincidences in one day, but let’s see what the rest of the Aussie Wanderer Tour brings.

I would like to thank Aussie Wanderer Tour again for having me as a guest. My opinion is as always my own. 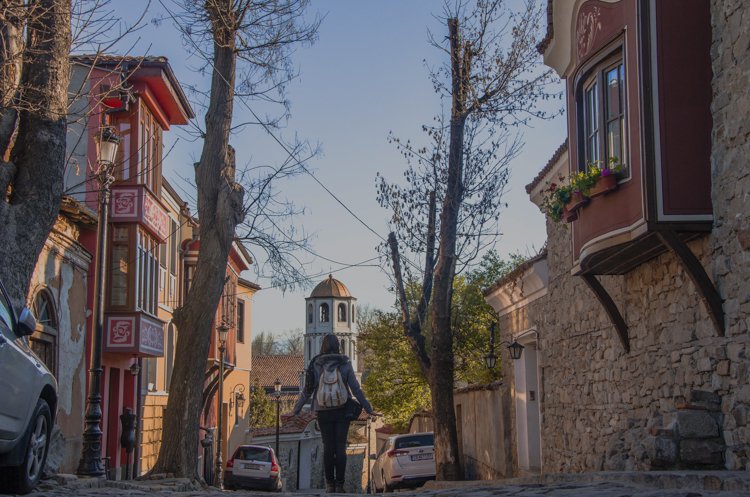 Top 22 Things to Do in Plovdiv (Most Are Free!) 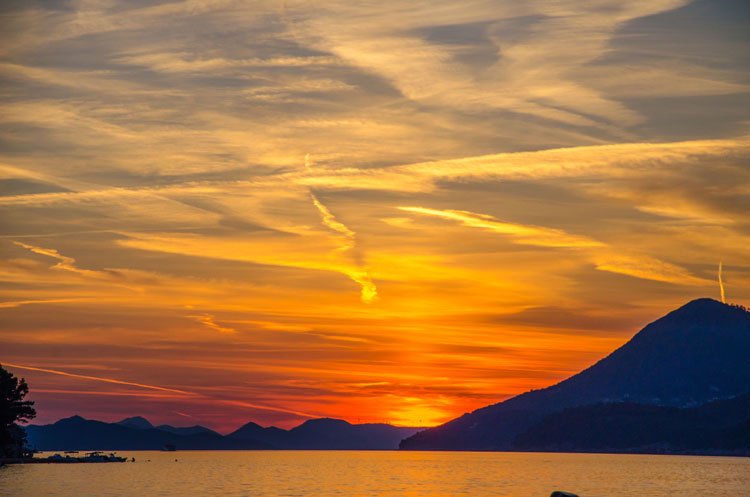 I Couldn’t Believe A Sunset in Croatia Looked Like This