Apples, nothing but apples as far as the eye could see. Jep, I was definitely in Germany’s Old Country, known as Altes Land. I had no clue that it existed although it is the biggest area of fruit farming in all of Northern Europe. Goes to show that you can travel the world as much as you want but there’s still a backyard left to explore. And so that’s what I did! I hopped on a press trip to see what I had been missing out. And what I found I certainly hadn’t expected. (Scroll down for the video). 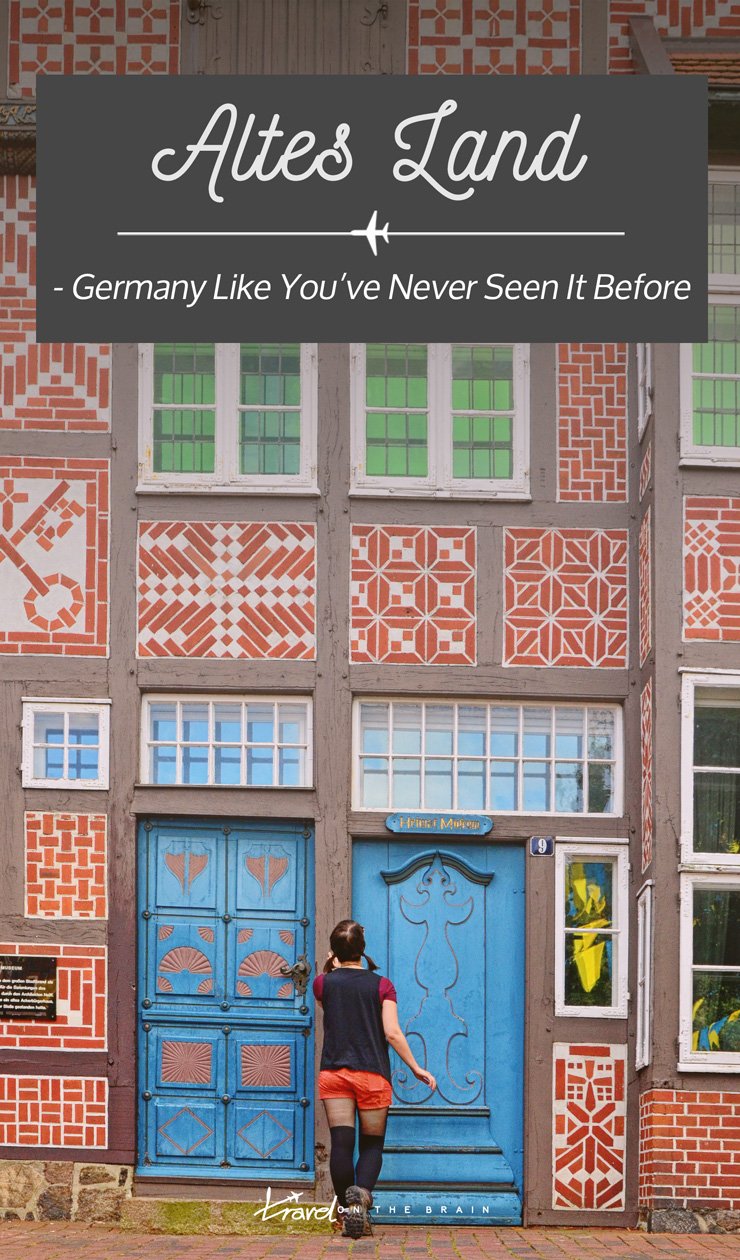 The closest I have ever been to Netherland was driving through it on the way to Calais way back on a school trip to London. And now I was in Buxtehude and it looked like the pictures of all the Amsterdam snaps I had always admired had come to life. It had the handwriting of the Dutch all over it. In fact, the Dutch had colonised the area in the 12th century and turned the former swamps into farmable land. Artificial ditches were used to both irrigate the fruit farms as well as mark off the different properties.

Because that’s what you will find plenty of here. And they are not the regular off-the-shelf supermarket types. No, here you can find old traditional varieties you won’t find anywhere else. And you can eat them fresh. Just don’t go out and pick them yourself, that is frowned upon (it’s all plantations, after all).
In total you can find 18 million trees (wanna count them all?), out of which around 40% are of the Elstar variety. Other types include Braeburn, Boskoop, Gravensteiner and Holsteiner Cox. The two best times to visit are summer for the harvest season (May to mid September) and spring for the sea of white blossoms. Besides apples, you can get fresh strawberries, cherries, plums and pears. 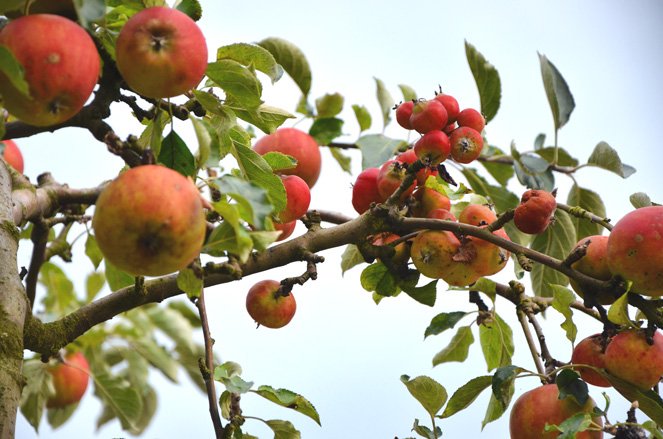 You might have already noticed from the photos, but the houses in Altes Land look very unique. In the North of Germany you get the typical Baltic style with red bricks, timber frame and reed decked roofs. But in this region there is a little twist. The bricks have a different arrangement the timbering. The sky’s the limit for creativity. And if you look closely you will see that the hanse towns of Stade and Buxtehude have black timbering whereas the rest of the area has them in white.

If you ask locals about the meaning to do with the houses, you will learn so much! The wooden carving of romantic swans arranged in a cross on the roof tops was brought by the Dutch as well as the intricately carved doors on the back of the building. That one was never actually used as a proper door. And the top floors weren’t used for people either, they were hay storage. Proper farm life right there.

[su_service title=”Read more of this: Melbourne’s Eclectic Architecture Should Be a Reason to Visit” icon=”icon: plane” size=”42″][/su_service] 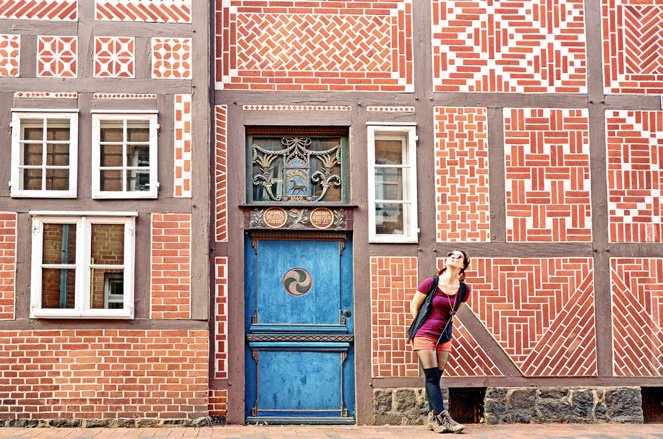 I was so pleasantly surprised how excited and proud the locals are of their heritage here in Altes Land. Traditional Sunday dresses are treasured – no wonder, if a single button costs 200€ and dresses of better off people used to have 12 buttons. On top of the white or red skirts (red is for married women), black dresses and head scarves were worn by the women and decked with delicate silver jewellery that look like beads of pearls from afar.

Old and well stocked museums will give you even better insight into how life was like the past. My favourite thing were the horse blinds that closed around the mouth whenever the animal tried to raise its head and snatch the juicy apples. Genius! And I learned why Germans use the idom ‘mit den Hühnern schlafen gehen’ (to go to bed with the chickens) That was because the servants had to sleep on the chilly ground floor whereas the chicken had it warmer in the haystacks above and so sometimes the servants would sneak off to sleep next to the chickens. 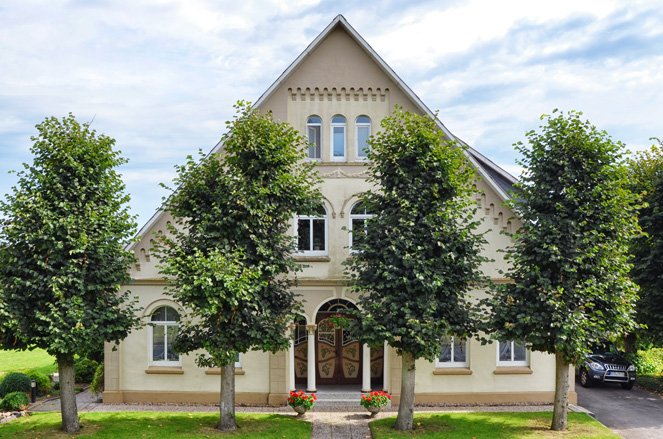 If you want to see the traditional folk wear of the Altes Land yourself, then I recommend booking one of the many local guided tours between April and October. The tours last about 1.5 and are really interesting. In the hanse town of Stade I attended one that gave a glimpse into medieval life and there were six amateur actors dressing up as different professions and being really cute in enacting the daily grind and gossip.

First, there was a monk, then a merchant wives, washing women and politicians who told us about the history of the past centuries in an interactive and so-not-boring way. This is how I wished school trips would have been like in my childhood. I would have actually learned something.

[su_service title=”Read more of this: Feeling like a Korean Queen through wearing a hanbok.” icon=”icon: plane” size=”42″][/su_service] 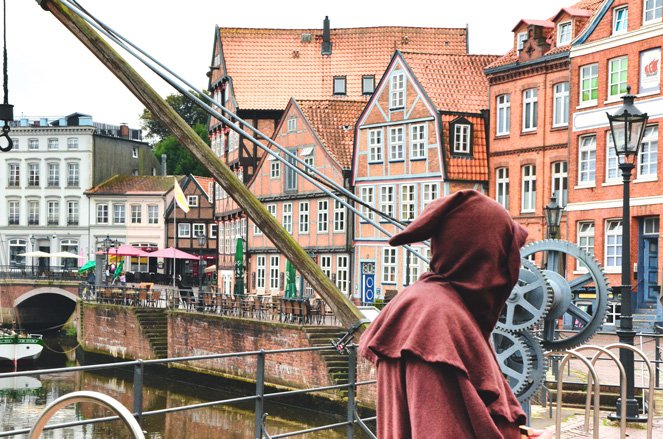 How great would a picnic be underneath the many apple trees? That is actually not just a cool idea but you can even buy fully prepped picnic baskets in varying sizes and for various diets, such as from the Obstparadies Schuback. Here, you can even take a course in apples and receive an apple diploma or enjoy an Namibian food cooking session on the plantation.

If you want a little drink to go with it, check out Nordik, a distillery and spirit manufacture. One of their specialties is the Diekpedder (a juice with an Obstler) and flavoured egg liqueur. If you want to taste and learn heaps, you can even participate in seminars on whisky, gin and cocktails. 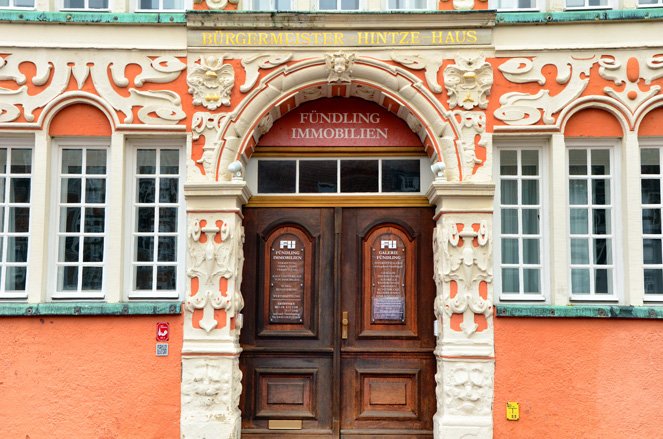 Hands down the best way to get around is by bike. You can walk on the levees or grab a rental bike and navigate the narrow paths while the scented air will blow through your hair, pretty old houses flutter by and the seagulls screech in the distance. The pace in the region is pretty slow and so you won’t have much trouble with cars (plus, they don’t drive onto the dykes anyway).
[su_service title=”Read more of this: That Time I Was Forgotten on a Bike Tour in a Dark Forest” icon=”icon: plane” size=”42″][/su_service] 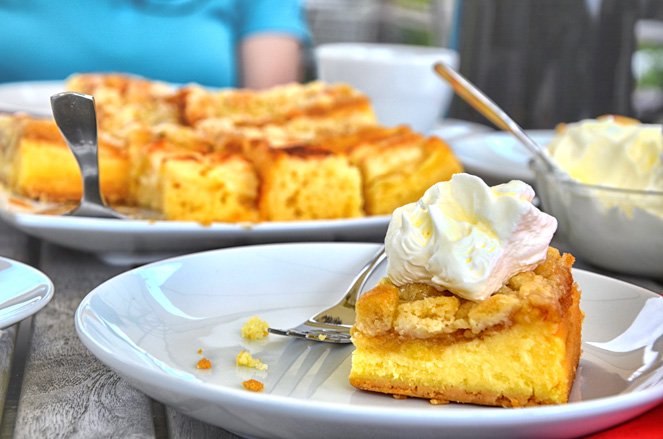 Even though the biggest towns of the area are still rather small, there are some really great dining options there. On our visit to Buxtehude we dined in the four star hotel Navigare by the canals and the fitness drink was absolutely mouth-watering! We then had a proper nautical feeling outside by the canal in Stade in the restaurant Amadys while the night turned dark and the old lamps flickered on.

Like I mentioned earlier, there are many artificial canals around Altes Land but in Stade, the Dutch actually strengthened the moats around the harbour for protection and allowing bigger ships in. To explore the city, you should totally take advantage of that! We were given the option to go paddle boarding, kayaking or ride in a ‘Fleetkahn’, which is a mix between a gondola and rowing boat. If you’re fancy you can even rent an actual gondola.

Of course I was too lazy and scared of toppling over (you know me, I’m a klutz), so I opted for the rowing boat and it was so enchanting! No wonder this is often compared to the Spreewald near Berlin, where people use waterways for regular transport. Gliding by the pastures and underneath the green foliage had a really meditative effect. Totally recommended! 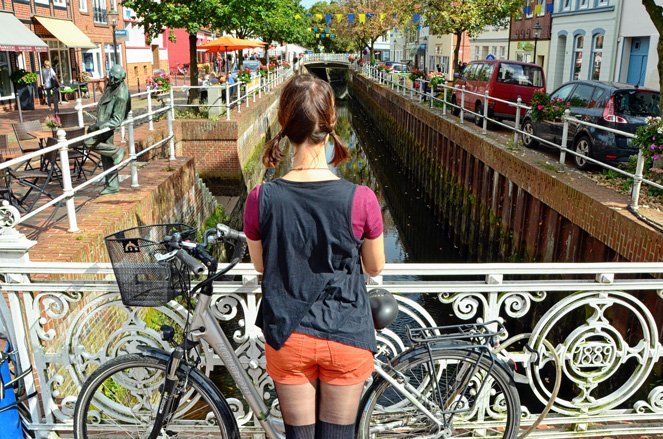 Did you know that Germany has a Fairy Tale Road? Like the Romantic Road, it connects spots where you can dive right back into the settings of the well known Brothers Grimm stories. It also goes through Altes Land! Near Buxtehude you can find the Lütje Heide, where the hedgehog challenged the unsupecting rabbit. This also explains the dozens of statues of the pair all over the city. Fun fact: the fairy tale rabbit raced 73 times and the motorway nearby is called A37. That was on purpose. #GermanQuirks
[su_service title=”Read more of this: How to see 7 Famous Fairy Tale Castles in Germany in Three Days (Part 1)” icon=”icon: plane” size=”42″][/su_service]

Should You Visit Altes Land near Hamburg?

Definitely! It is a great day trip from the state and state capital Hamburg and not surprisingly a popular getaway for the city dwellers. (If you want some more inspo, check out the Hamburg Schanzenviertel). You can immerse yourself in nature, eat and drink to your heart’s delight, get active and just feel as if in a different world. No need to travel far for that!

Tell me: Which part of Altes Land would be your favourite?

Now that you have seen how gorgeous the Altes Land is, would you want to visit? And which part about it would intrigue you most?

I would like to thank the team from Altes Land am Elbstrom for this very nice trip. My opinion remains my own, as usual.

How to Master Your Outdoor Adventure Packing Skills (+ Packing Ideas)
Forget Jetlag, This Is Why You Can’t Sleep when Travelling